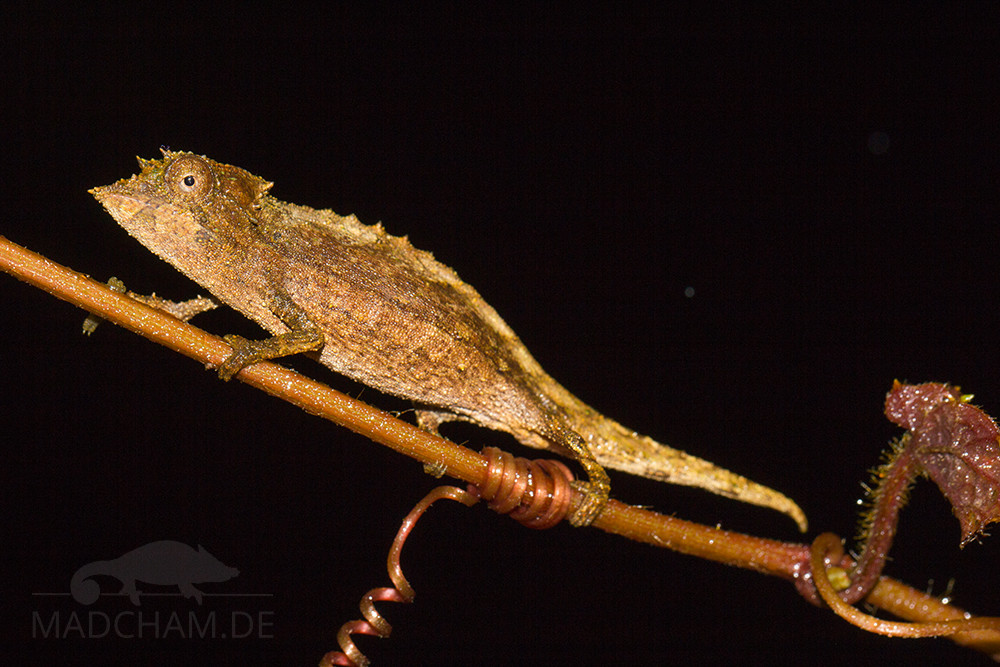 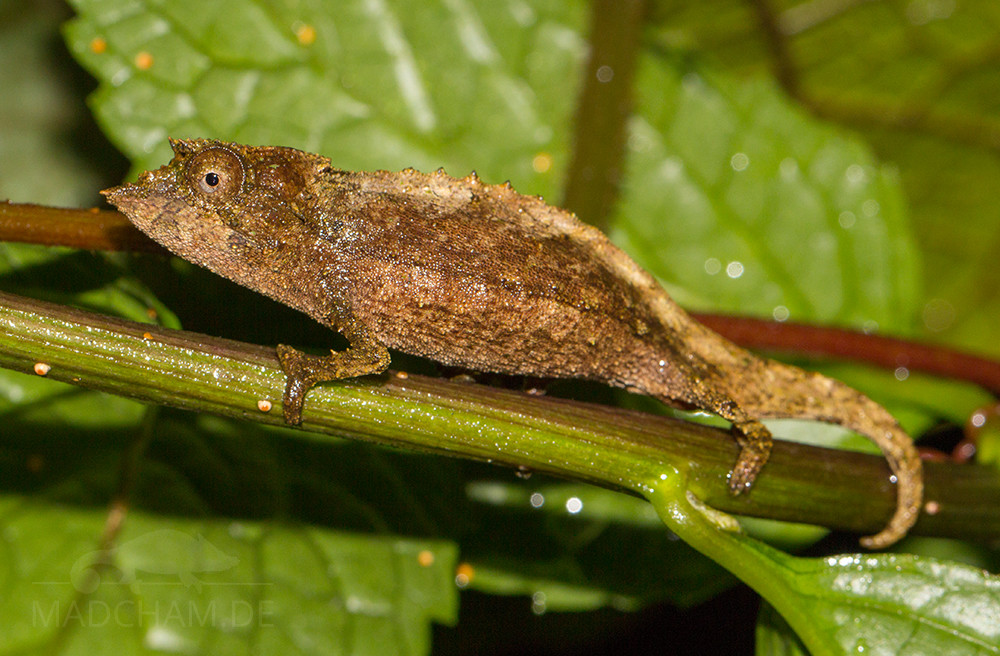 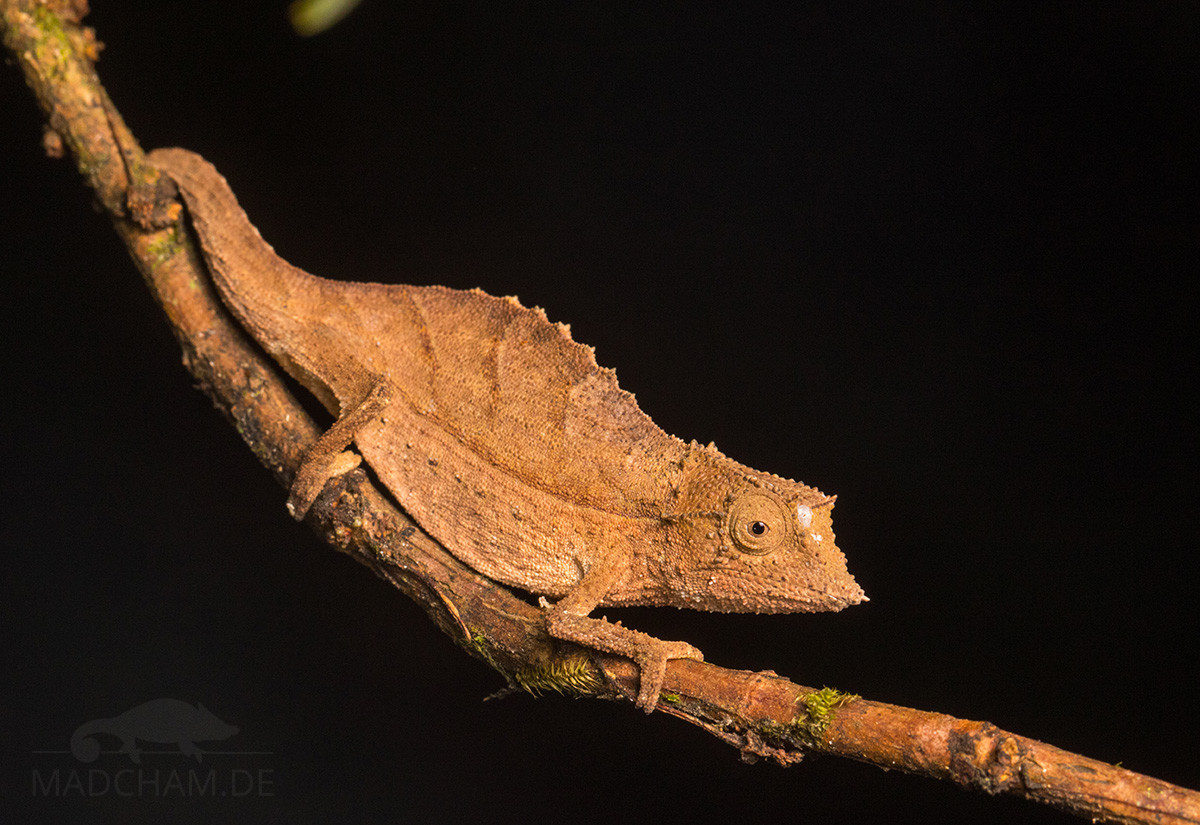 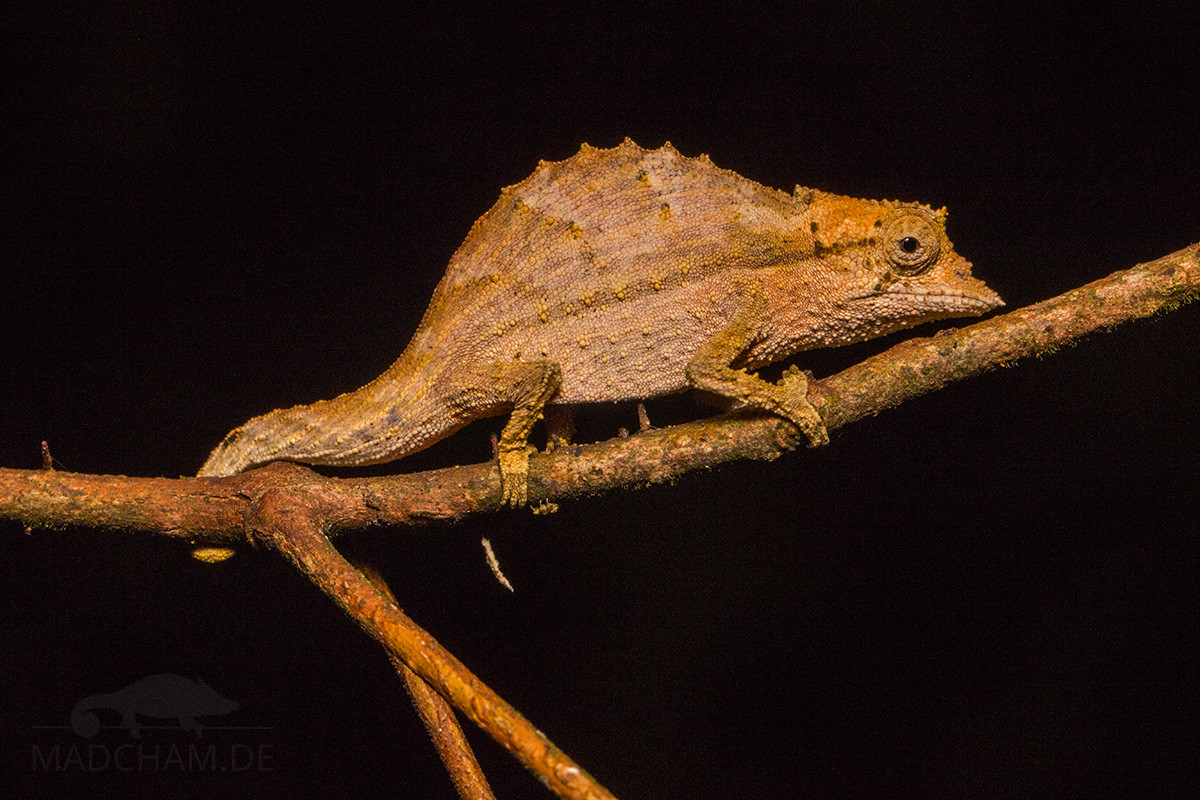 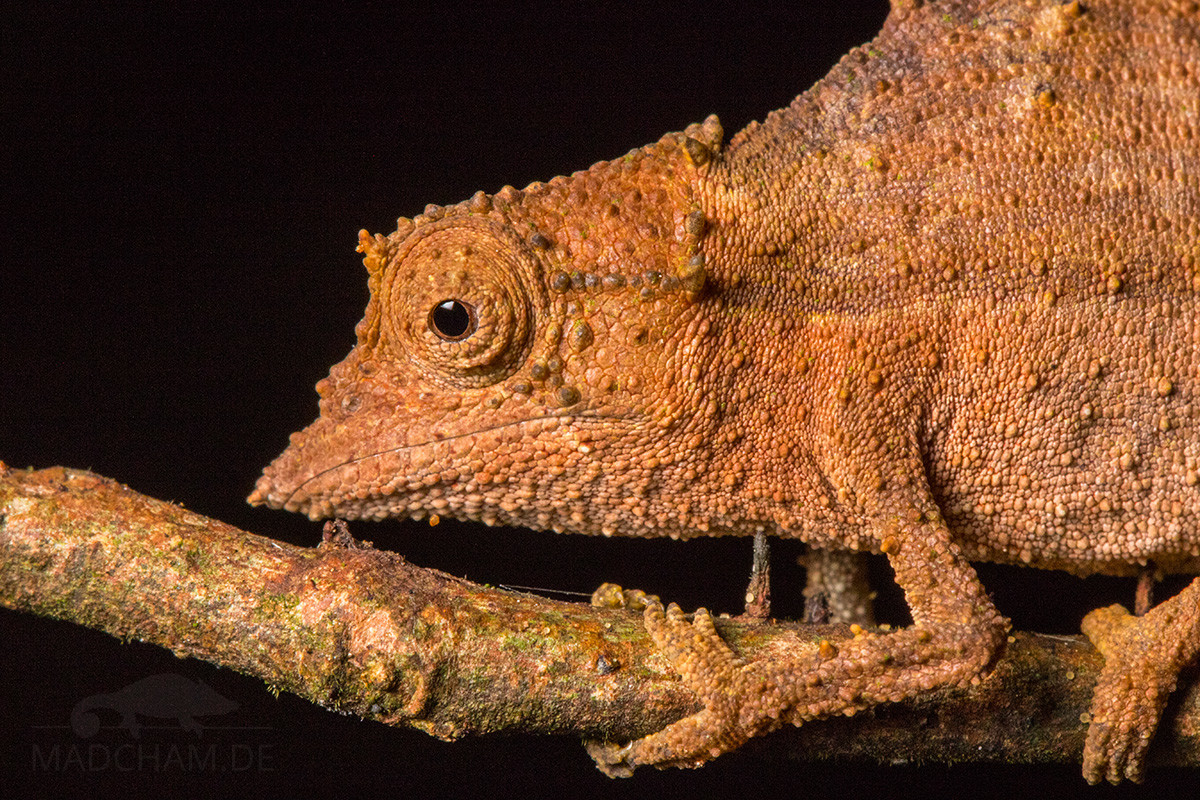 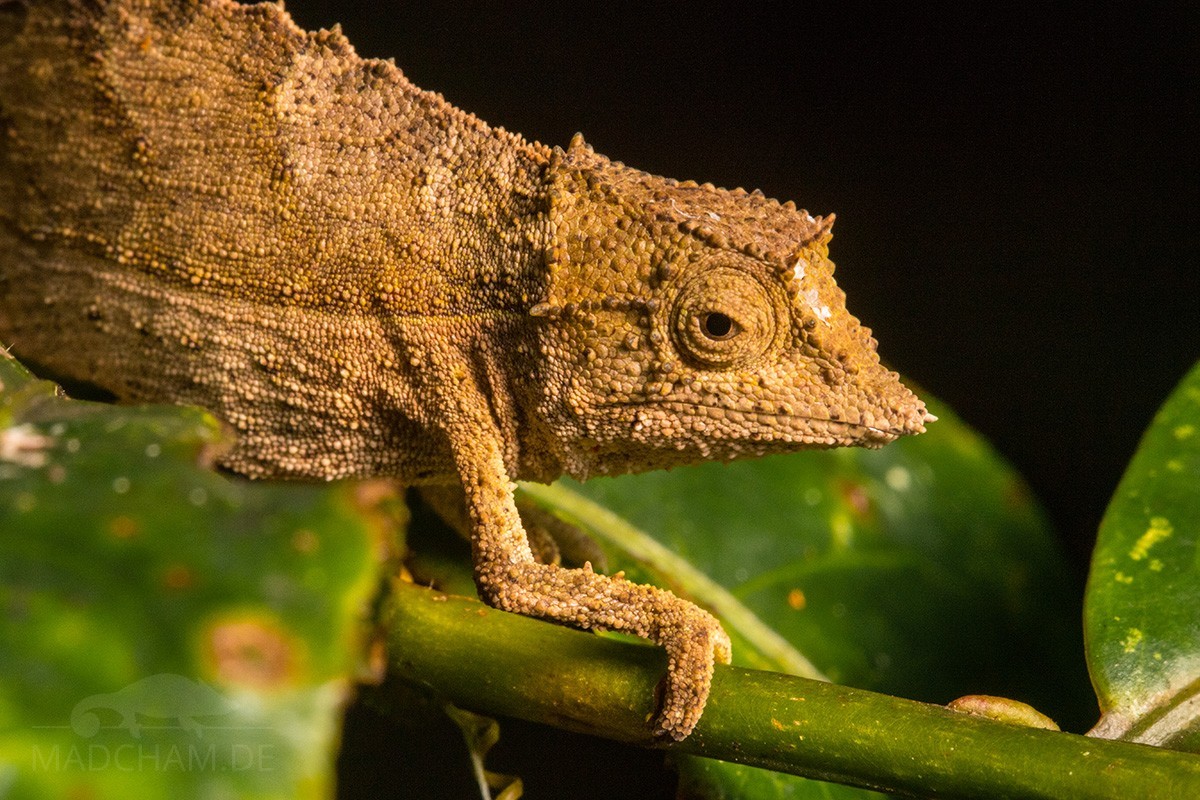 The Belgian zoologist George Alber Boulenger, at that time working at the Natural History Museum in London (Great Britain), named this chameleon species after its nose. It was thought at the time that the species belonged to Brookesia – and for them, appearance and nose were very unusual.

This species is found in Ranomafana and Andohahela national parks and in the Andringitra Mountains. So far, the sites are mainly located in rainforests in southeastern Madagascar. In the National Park Ranomafana the animals occur at about 1000 m a.s.l. and higher, in the National Park Andringitra at altitudes between 1580 and 1640 m. It is difficult to find Palleon nasus, however, and even at night, you need some luck to discover a sleeping animal of this species in the bushes. If one finds, it usually concerns pairs, with which both animals are to be found within maximally one square meter. They like to sleep headfirst on extremely thin grasses or branches, both vertically with the head down hanging or with the belly up hanging horizontally. The sleeping places are partly up to two meters above the ground.

With a total length of only 9 cm, these chameleons are rather small. Females reach maximally 6,5 cm. Like almost all leaf chameleons, Palleon nasus is beige to brownish colored with few variations. From time to time, you can find specimens with a dark lateral stripe. The dorsal ridge is sharply waved, otherwise, the body is hardly conspicuous. According to the name, the snout ends in a small snub nose. Males wear a double row of tubercles along the dorsal ridge, females only a single row.

In 2013, the species was placed in genus Palleon by Glaw, Hawlitschek, and Ruthensteiner taxonomically. Until then, it was thought to be a Brookesia. The examinations suggest that it might be a sister genus of Brookesia, that might have developed far earlier than thought. It is possibly one of the most “original” species. Palleon nasus can be split into two subspecies, Palleon nasus nasus (pictures) and Palleon nasus pauliani. The latter subspecies might be restricted to Andringitra mountains, has more heterogenous scalation and lacks double row tubercles on the dorsal ridge. Up to date, it is unclear whether the subspecies pauliani is really a subspecies of Palleon nasus.

The habitat of this species is ever humid and evergreen. They live in low shrubs and bushes. During the daytime, they roam around on the ground. The ground in Ranomafana consists of earth and rocks covered extremely in moss. The undergrowth is very dense with lots of small branches and twigs, small vines and similar. Even the undergrowth is overgrown with epiphytes and lichen. The species prefers only certain places in the forest, that have knee-high grass and dense, fern-covered slopes.