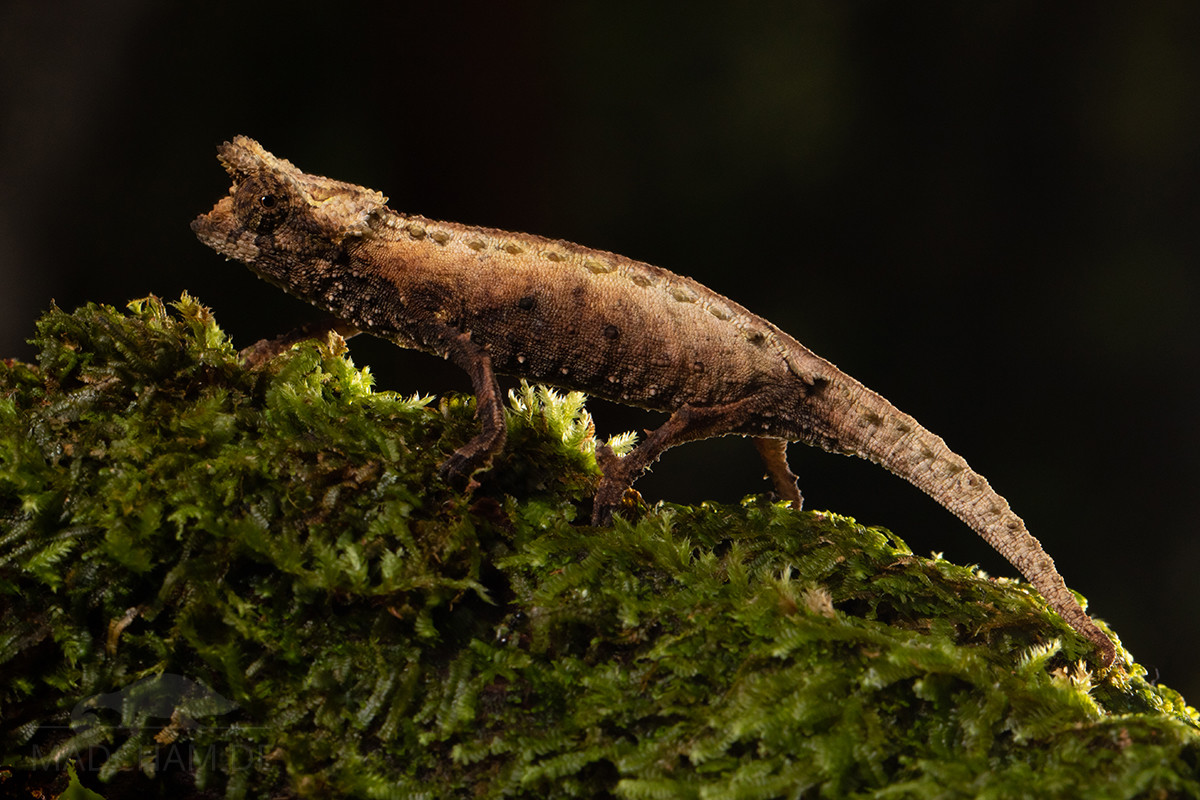 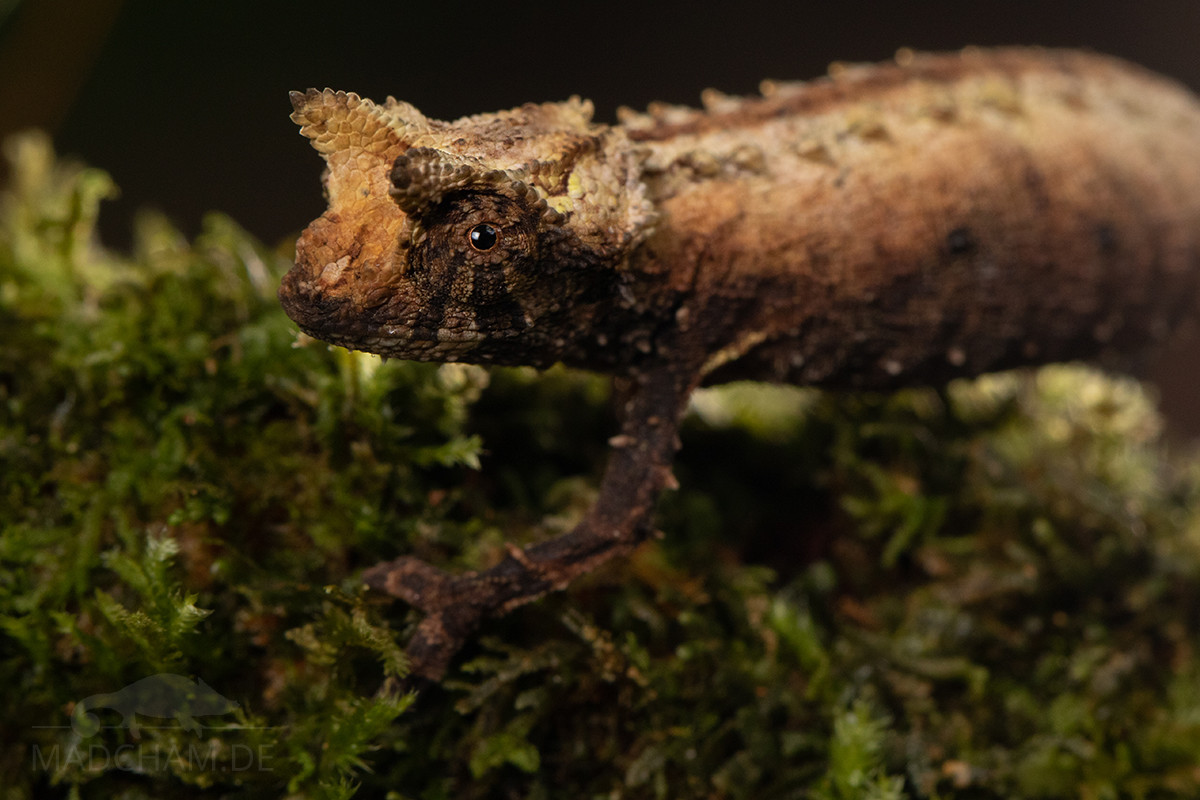 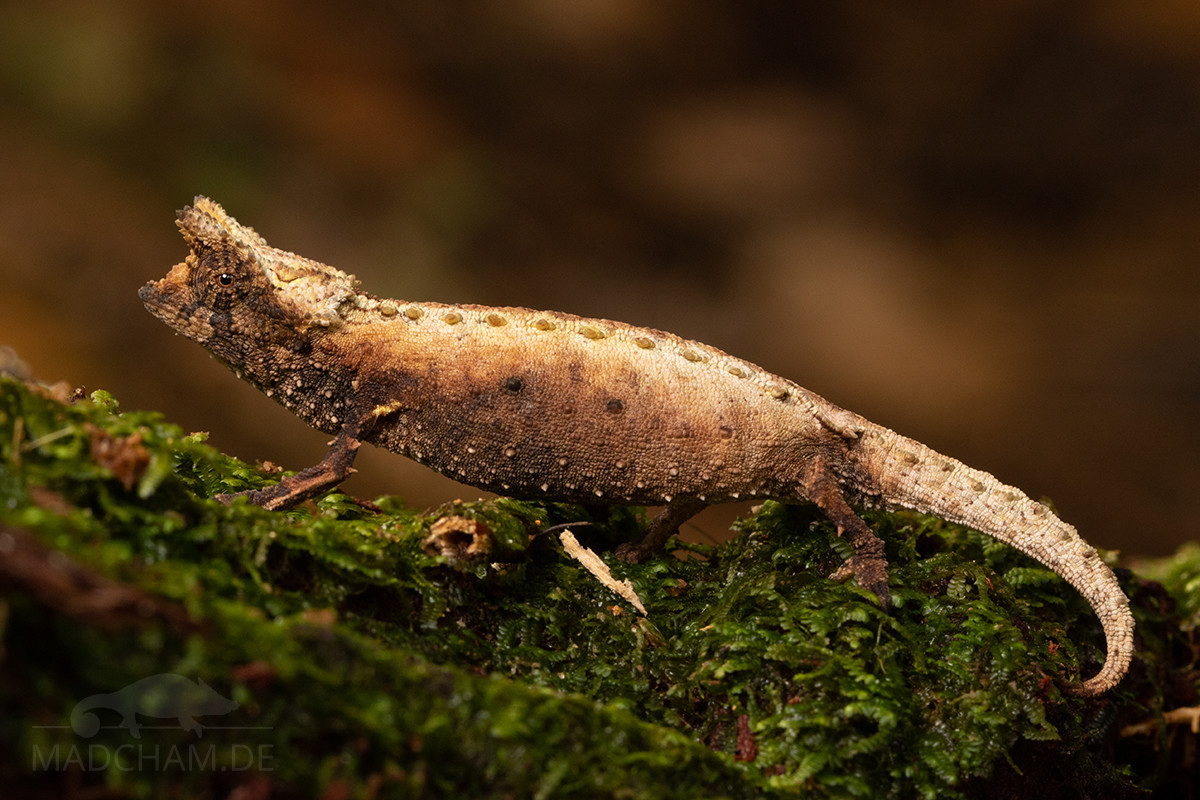 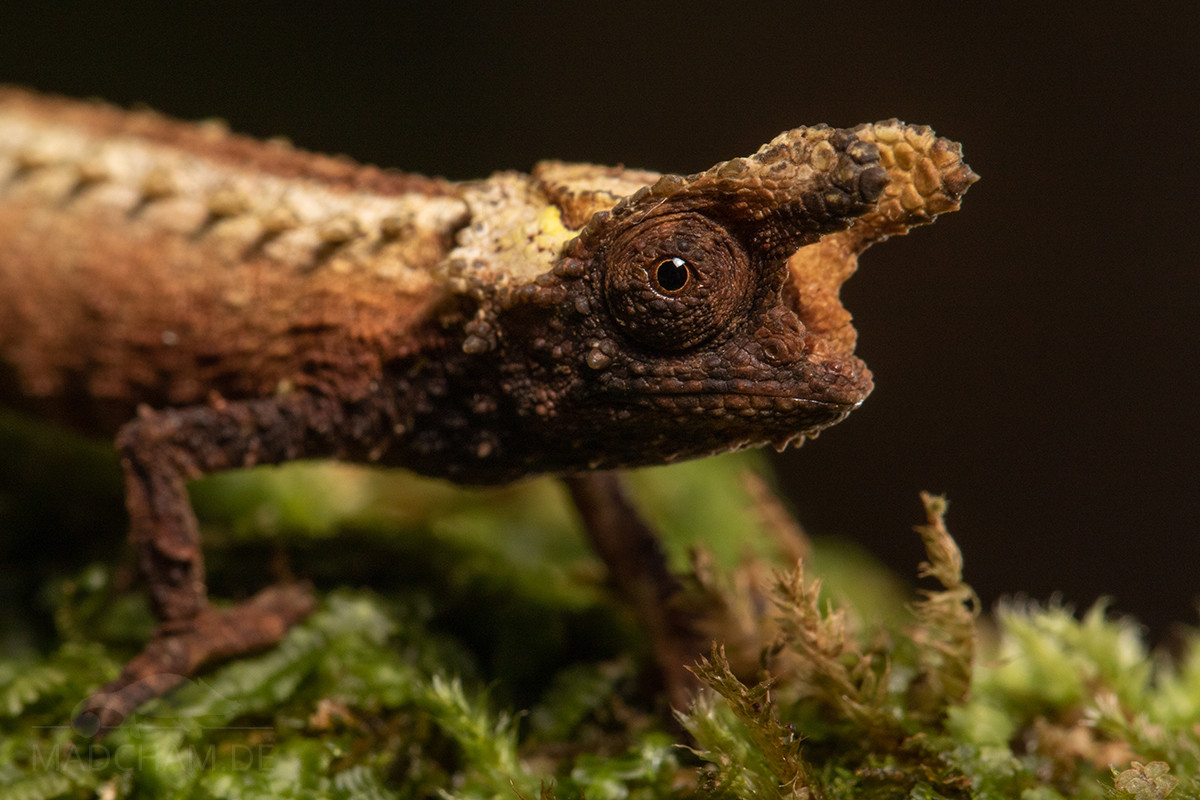 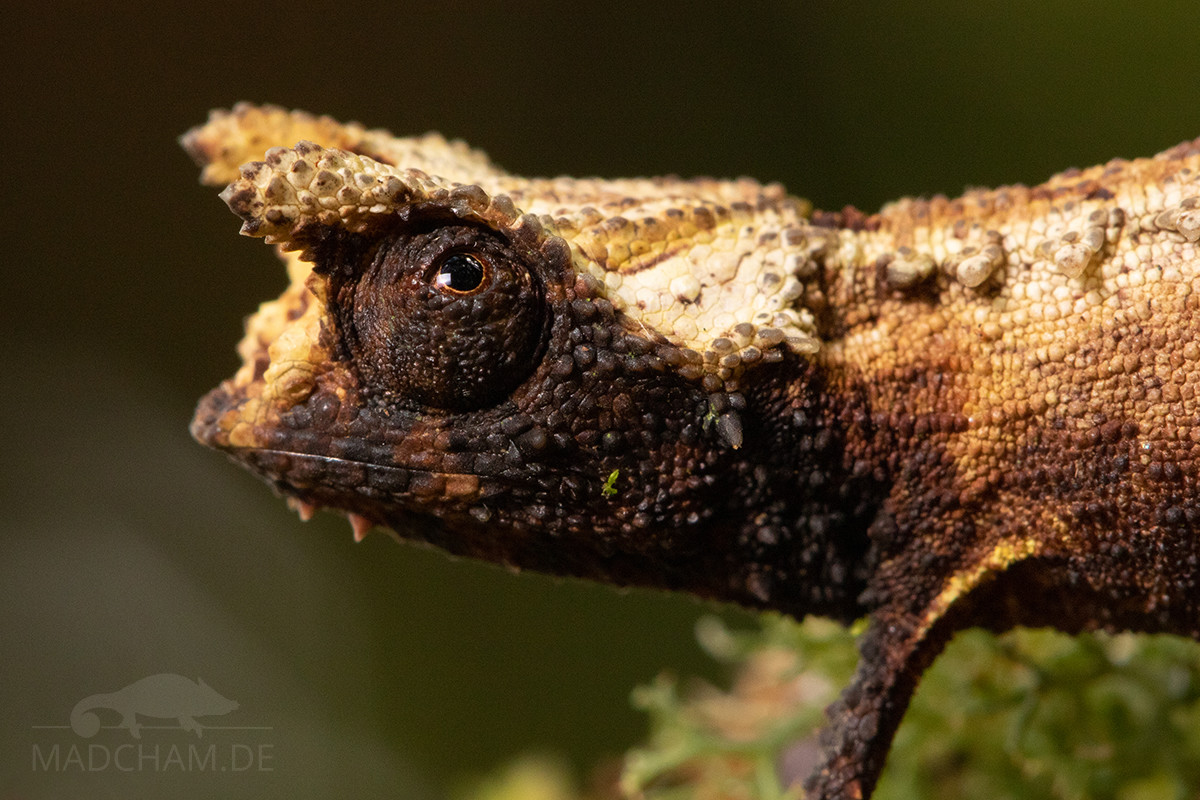 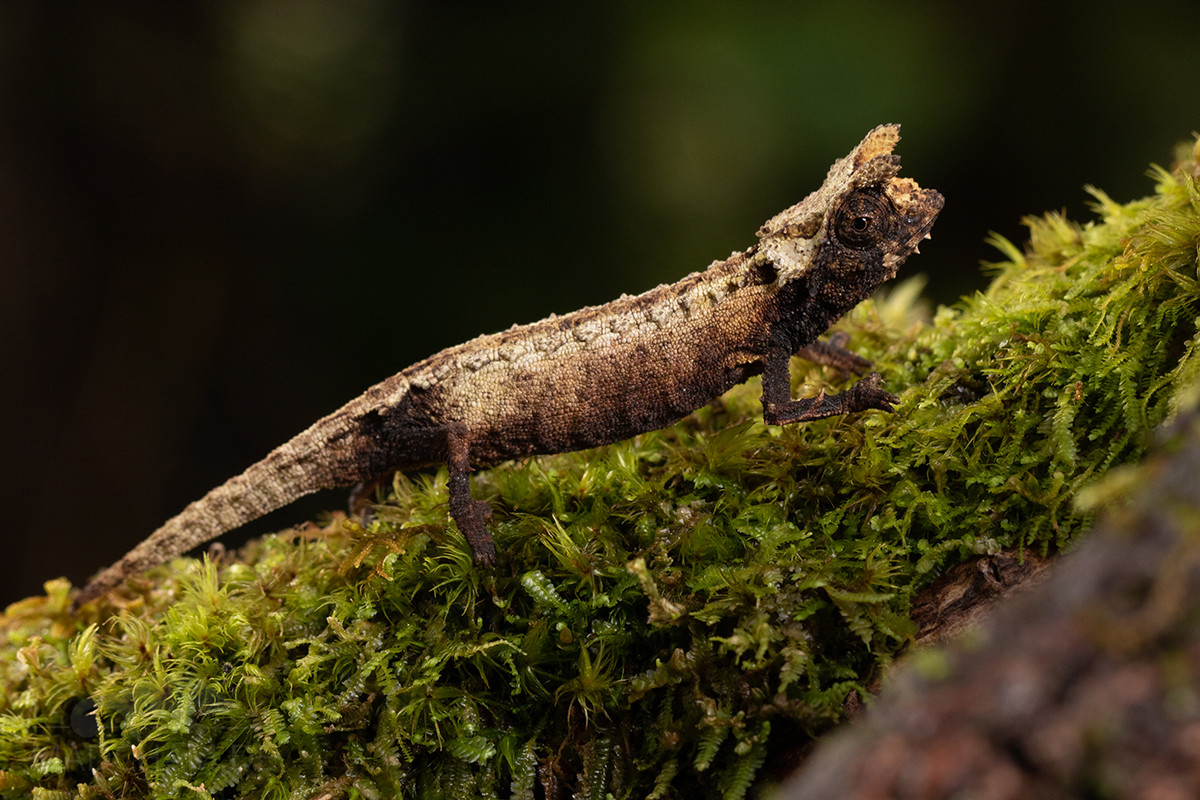 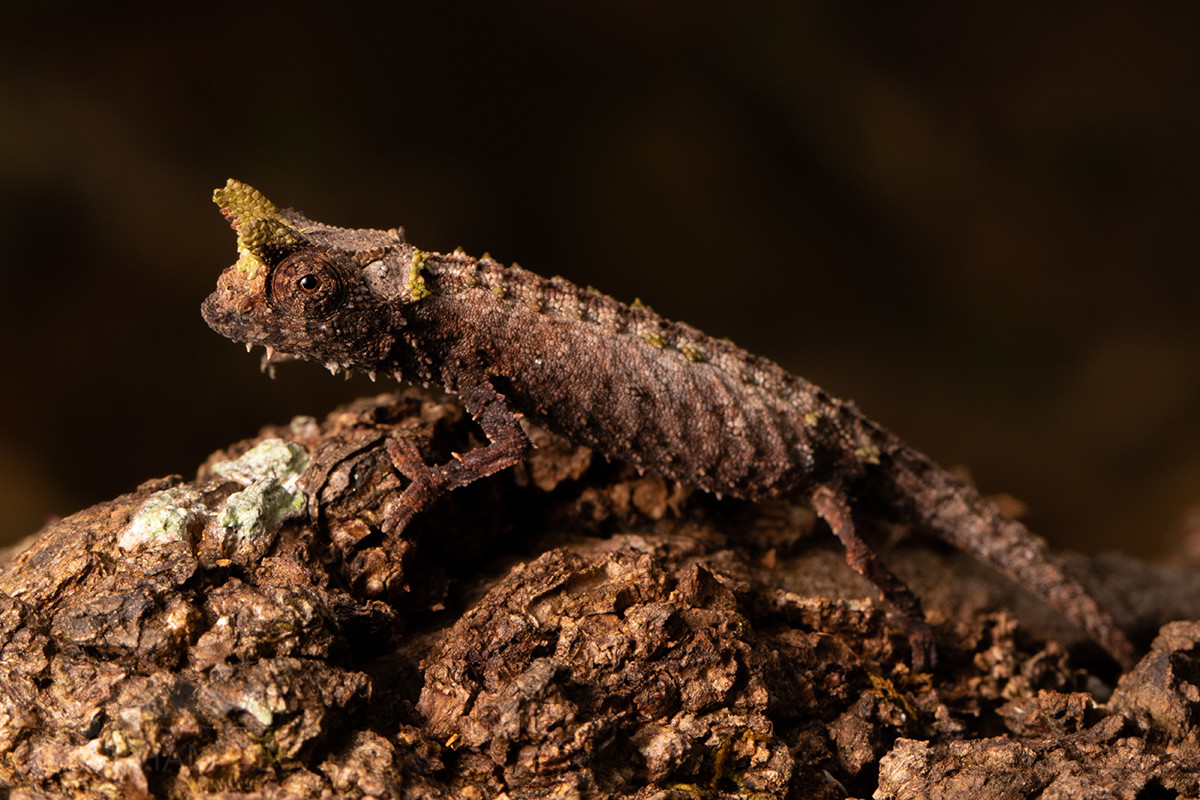 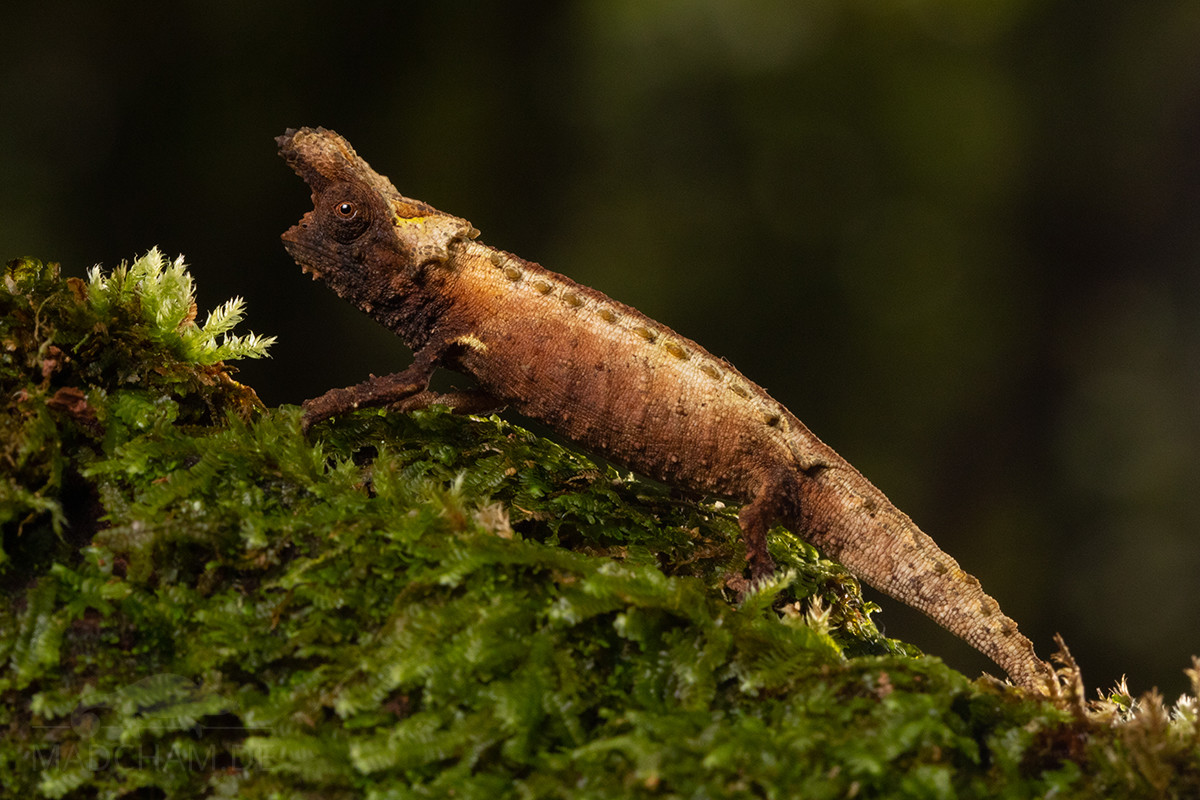 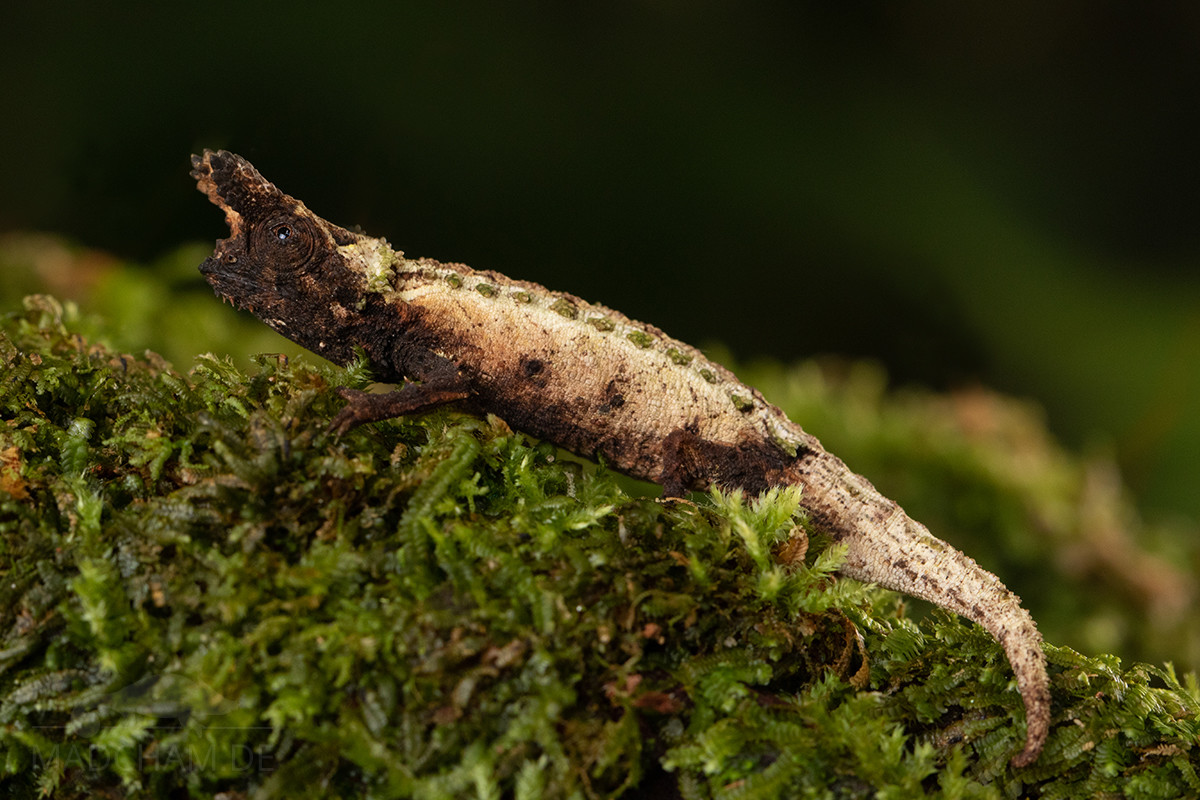 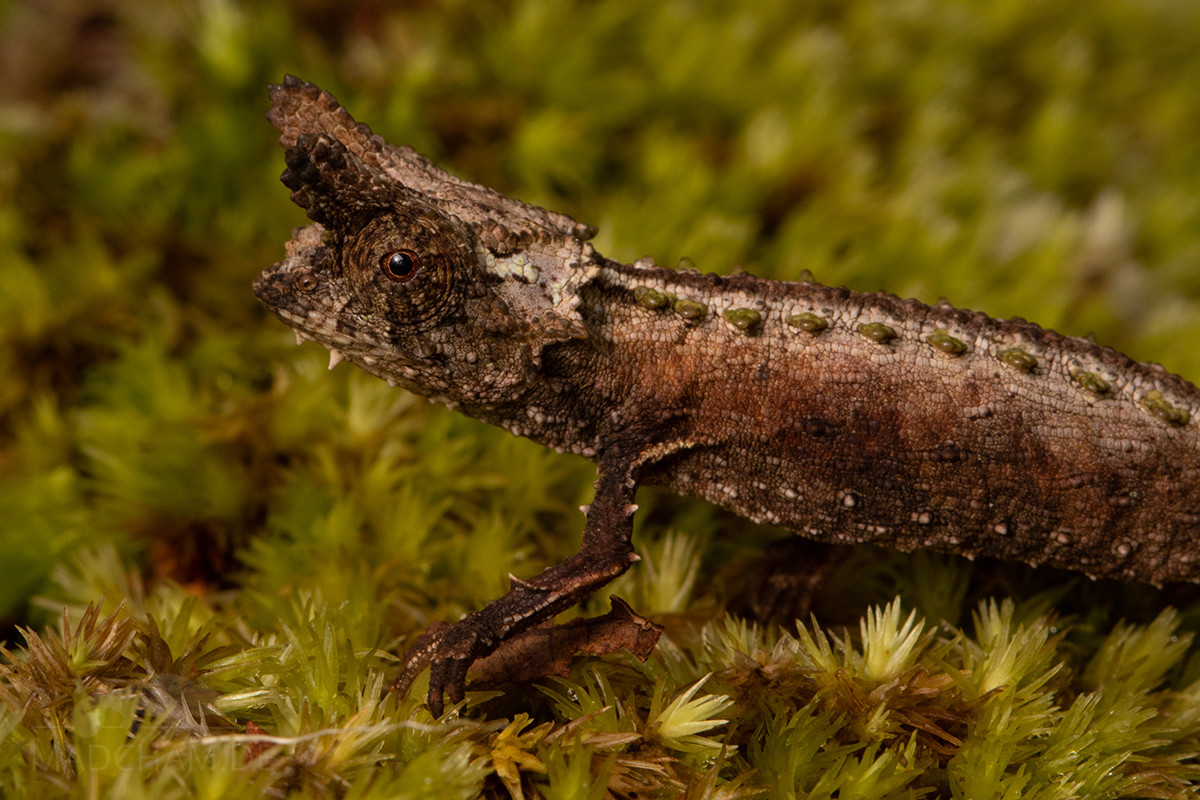 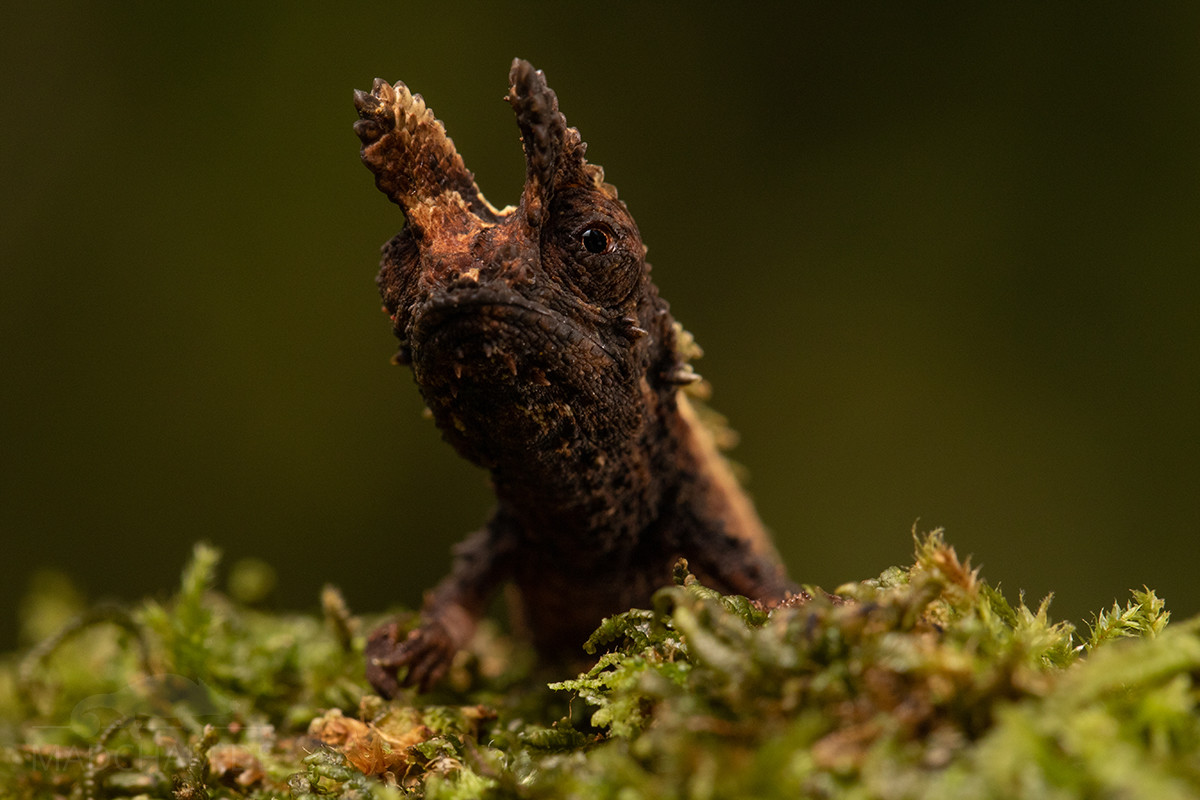 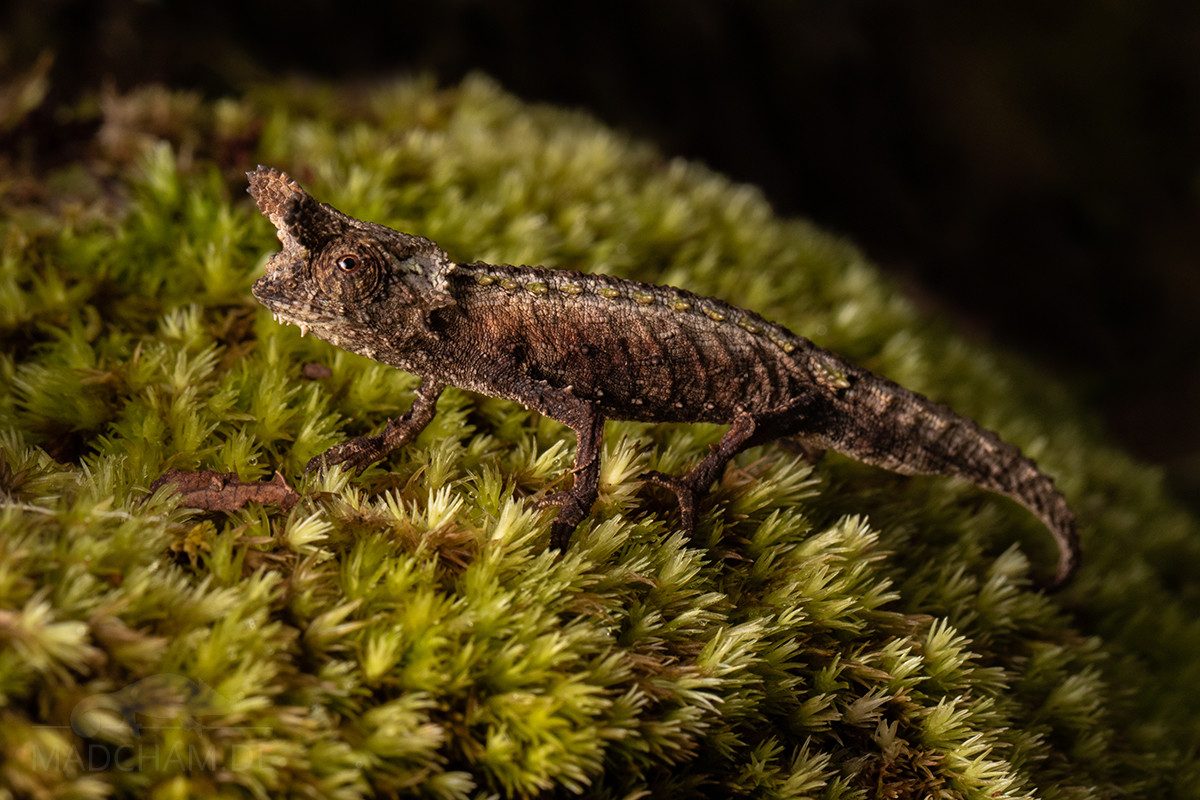 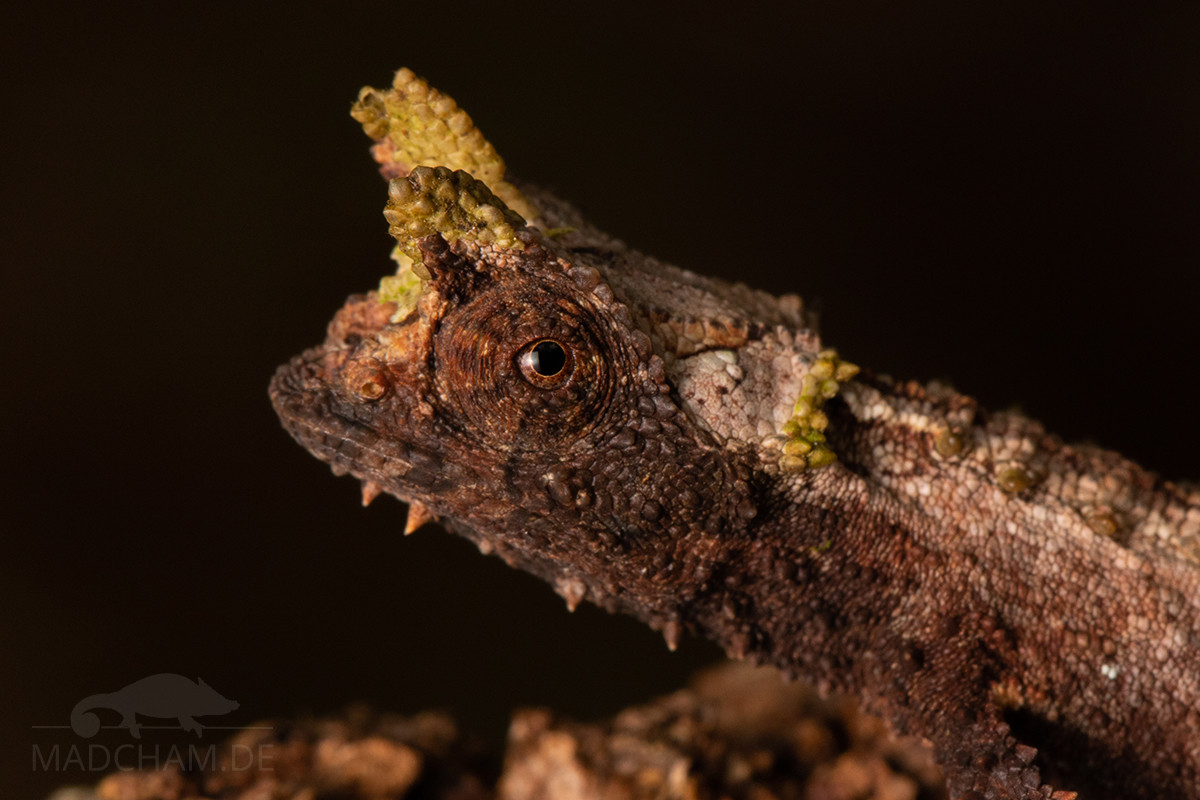 Édouard-Raoul Brygoo, Charles Pierre Blanc and Charles Antoine Domergue of the then Institut Pasteur in Antananarivo, Madagascar dedicated the species to Jean-Marie Betsch. Betsch had been working in a department of the Natural History Museum of Paris (France) in Brunoy since 1963, where he later became a professor. The French natural scientist traveled to Madagascar several times between 1965 and 1973. There he was mainly concerned with the ecology of the soil in tropical rainforests. Springtails were his special interest.

Brookesia betschi lives in the undergrowth and foliage of high altitude rainforests in northeastern Madagascar. Populations of the species are known from the national parks Marojejy and Anjanaharibe-Sud as well as Ambolokopatrika between the two, from Manongarivo as well as the Tsaratanana mountains. The animals are rather difficult to find. This is mainly due to the absolutely remote and very difficult to travel areas where they live. All the forests where they occur require several hours of walking (not to be underestimated in the tropics) to even reach the edge of the forest. Moreover, the distribution areas of Brookesia betschi are at an altitude of about 1300 meters. We have found it so far in Marojejy a bit below that at just under 1000 meters. It is incredibly strenuous in the rainforest to advance to these heights. Accordingly, the habitats of Brookesia betschi are little visited.

This species is one of the medium-sized terrestrial chameleons. They reach just under six centimeters from the tip of the nose to the tip of the tail, with males remaining smaller than females. There are 11 laterovertebral tubercles running along each side of the back, which continue on the tail. A pelvic shield is not worn by either sex. Particular to Brookesia betschi are the conspicuous, bony appendages above the eyes. These appendages are much more pronounced in males than in females, making it very easy to distinguish the sexes. Such a conspicuous sexual dimorphism does not exist in any other terrestrial chameleon species in Madagascar. Color-wise, Brookesia betschi show variations from beige to dark brown, with mostly appendages, upper head, back and the upper side of the tail being lighter colored than the chin, throat, belly and underside of the tail. In males, we observed tubercles along the back as well as helmet edges that were yellow or green in color. We have not noticed anything like this in the females.

It is rather unclear to us why this species has legal CITES quotas, so theoretically it can be exported. It is found exclusively in protected areas where the taking of animals is prohibited. Practically, this species has not been exported in recent years despite quotas.

The following photos show sections of Brookesia betschi habitat between Camp Marojejya and Camp Simpona in Marojejy. The mountains of Marojejy consist of ridges and steep gorges interspersed with small waterfalls and streams. The rainforest here consists of jungle giants, slippery, mossy, round stones and very lush undergrowth. Countless ferns, lianas, huge aerial roots and mosses of all kinds dominate the picture. The soil consists of wet earth on rocks and large stones. Brookesia betschi can be found resting on low branches at night.