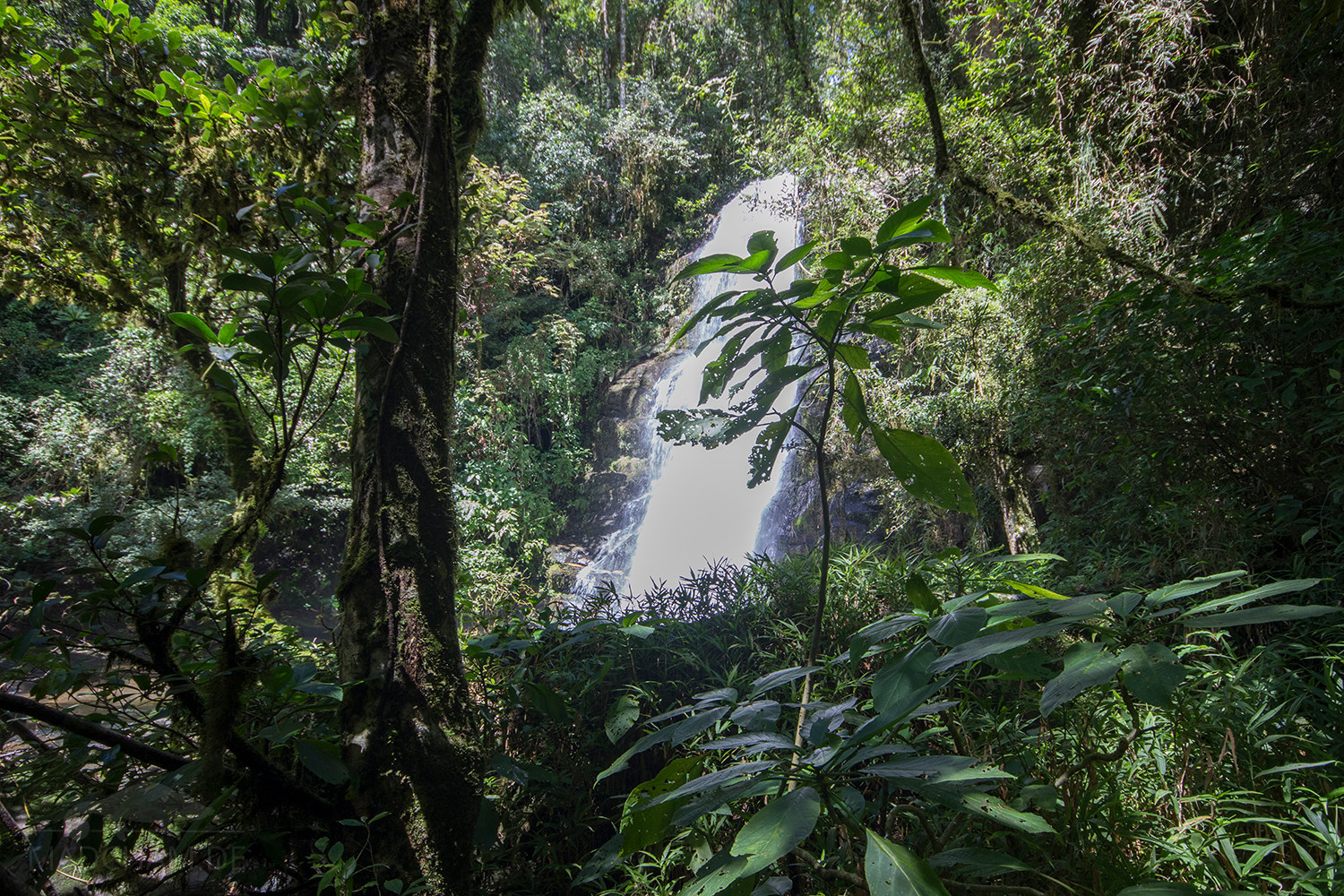 The pet shop offers a variety of colourful boxes with indoor fountains, small waterfalls or terrarium fountains. Many chameleon keepers expect a beautiful terrarium decoration from waterfalls and fountains, which also encourages drinking. This article is intended to shed light on all the necessary reflections on the subject and to encourage people to intensively study the habitat of chameleons in Madagascar.

Waterfalls and flowing waters in Madagascar

In Madagascar there is no chameleon species adapted to life above or in the immediate vicinity of a flowing water. Unlike amphibians, who need water to survive and reproduce, chameleons are not dependent on constant water contact. Even some species that live in particularly humid rainforests in Madagascar are rarely or only briefly found near waterfalls.

If you want to recreate the natural habitat of a chameleon, a waterfall is simply not necessary. Exact information on the different Madagascan species as well as photos and 360° photographs of the animals’ habitats can be found in the section “Chameleons & habitat data“.

Chameleons are also not anatomically adapted to life directly above or in the immediate vicinity of waterfalls. Their lungs are large, hollow spaces with further sack-like bulges (airbags) and do not consist of a dense tissue of bronchi and alveoli as in mammals. Due to the sack-like shape, the filigree, extremely thin membranes and little elasticity, the chameleon lung is unfortunately very susceptible to bacterial infections, which requires special attention especially in the terrarium. Temperatures and humidity have to correspond to the needs of the chameleon by adequate lighting and ventilation. In addition, the animals cannot cough (since no diaphragm is present), which denies them the possibility of transporting liquid or mucus in the airbags upwards via the trachea. Lung diseases require lengthy treatment and are often fatal for chameleons. 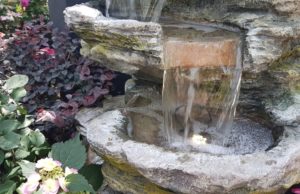 Artificial waterfall in outdoor use

In terrariums, one tries to establish, at best, a small, functioning ecosystem with natural soil, real plants and simulated irrigation. Here, potentially pathogenic bacteria are kept in check by their competing flora. In an artificial water cycle, there is neither a competing flora nor natural filtering and purification mechanisms. In contrast to natural watercourses, waterfalls in terrariums are closed cycles. Polluted water does not run off, but is reused and rarely sufficiently filtered. The water quality deteriorates constantly, the humid and warm conditions accelerate the growth of bacteria and algae.

Similar to nebulisers, waterfalls and wells cannot be operated sterile. In watercourses it is aggravating that food remains, leaves and feces of the chameleon can get into the water. This provides an optimal breeding ground for bacteria within the warm and humid terrarium. Even with protective grids over watercourses it is not possible to keep the water “clean” permanently. This strongly increases the bacterial and often enough also the parasite pressure in the terrarium.

Also analogous to many foggers offered on the market, many of the waterfalls and wells from the zoo trade cannot be dismantled into all their components. Many parts are difficult or even impossible to clean thoroughly (especially hoses), so that microscopically small residues remain, which of course also contain bacteria. Some bacteria can also form slime films, which protect them from removal during rinsing.

In reality, wells and waterfalls in terrariums are rarely cleaned at all. Some devices run for weeks without changing the water or cleaning at least the collecting basins. 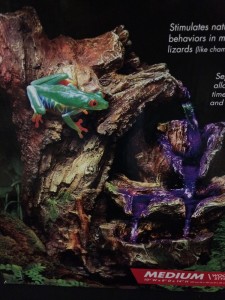 A waterfall from a pet shop, which according to the packaging should be used for chameleons

It is pointed out again and again that running water in the terrarium would stimulate the drinking behaviour of chameleons especially and is therefore very practical for the water supply of chameleons in the terrarium. In fact, chameleons only shoot at moving objects. Water is usually absorbed by chameleons by licking – only drops need to be on leaves or branches, but there is no need for a whole waterfall.

In Madagascar we have never seen chameleons drink actively on stagnant or flowing waters. Instead, they drink mainly during and after heavy rain by licking the raindrops from branches and leaves – or by pouring them directly into the mouth during the rain. A sprinkler or drip irrigation system is therefore closer to natural drinking behaviour than a waterfall.

If one installs a water surface, all the same whether still or flowing, within a terrarium, so automatically also the air humidity increases with it. It should be noted, however, that the humidity in most chameleon inhabited habitats is not constant and not always very high. It all depends on where the chameleon lives on Madagascar: A Furcifer labordi from the dry forest of Kirindy generally does not need high humidity. A Furcifer pardalis from Ambilobe lives mainly during the rainy season in increased humidity, but not the rest of the year during the dry season. The humidity fluctuates strongly during the course of the day.

We expressly recommend wells and waterfalls not for use in chameleon husbandry. They represent a high risk for the animals with very little, if any, benefit. The water supply of chameleons can easily be achieved with other, much less risky means such as sprinkler systems, drip irrigation or manual spraying.