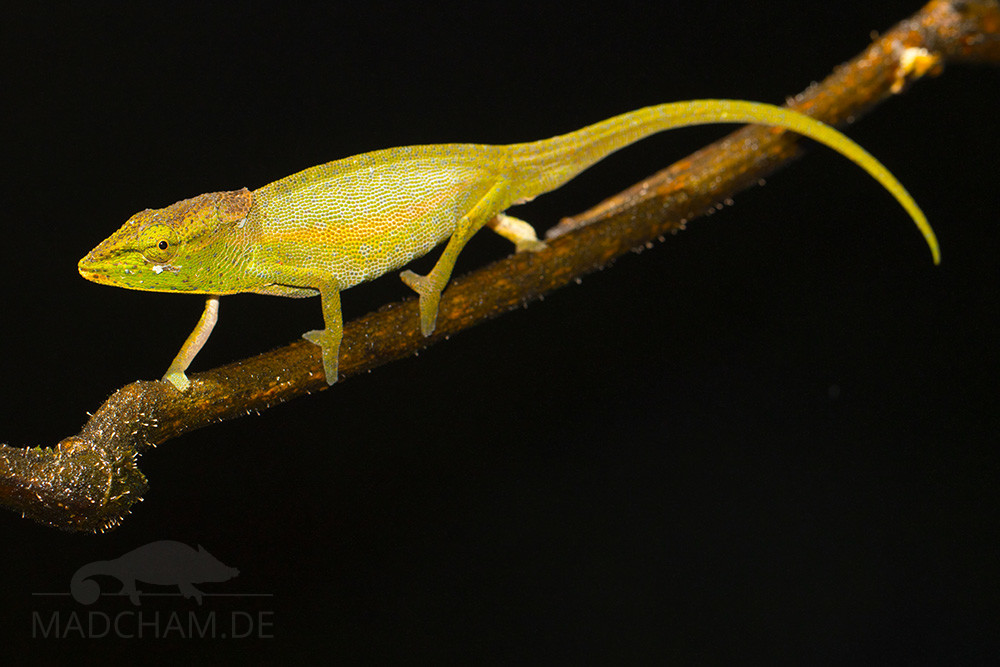 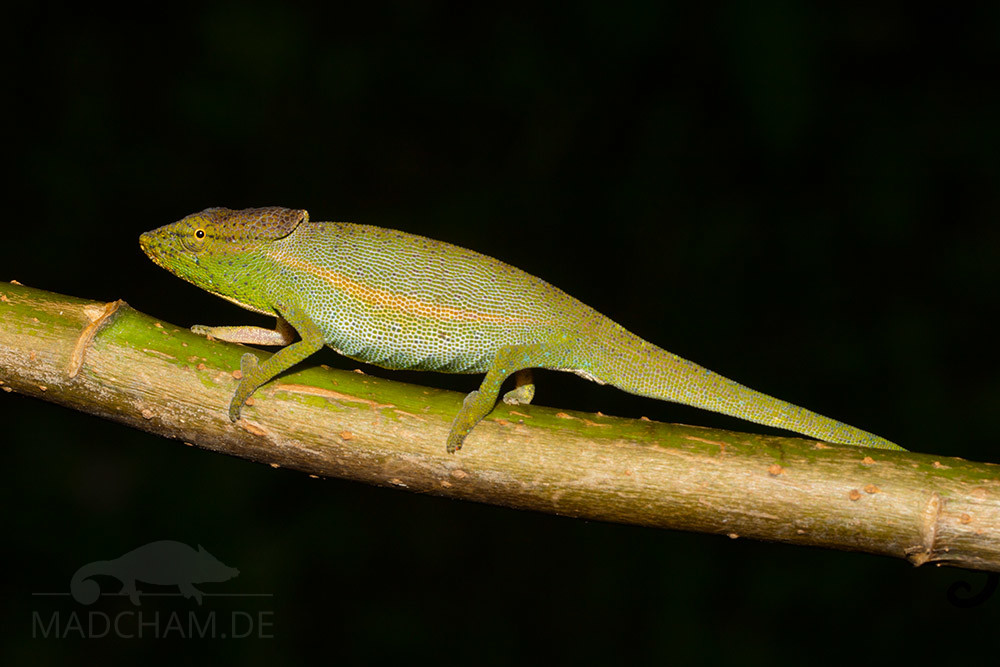 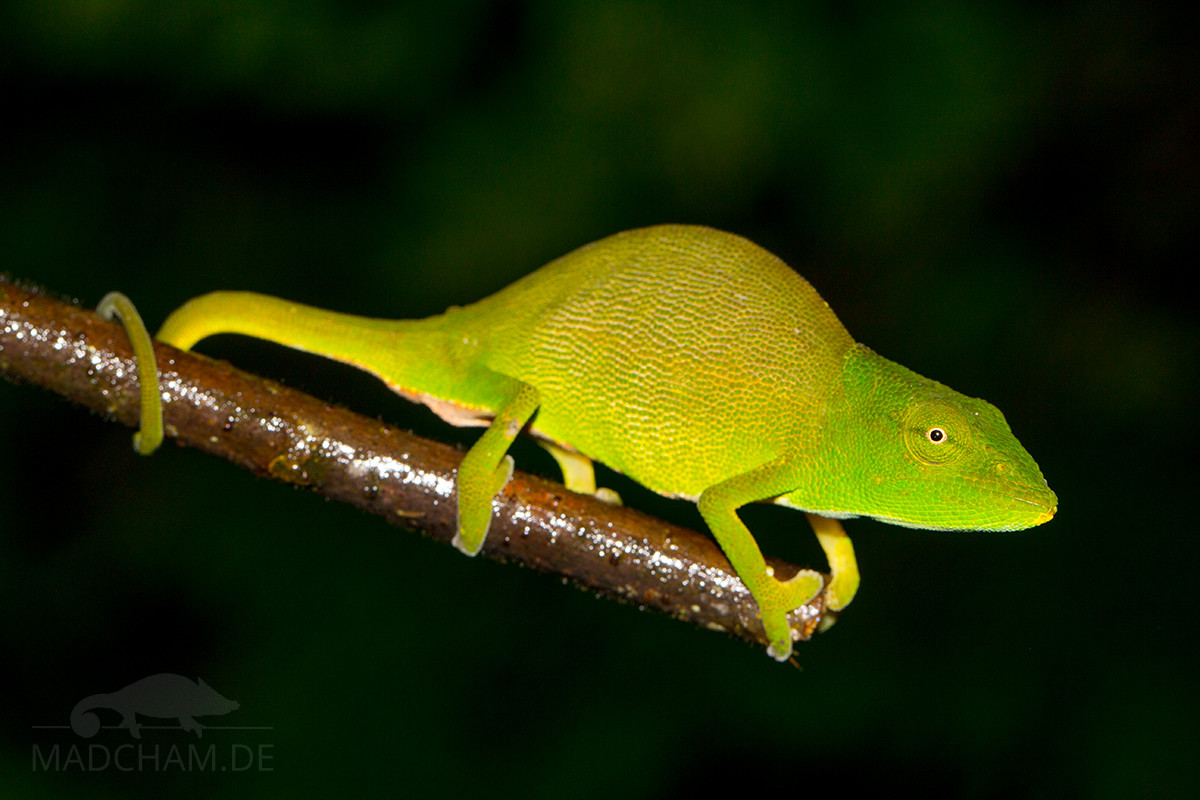 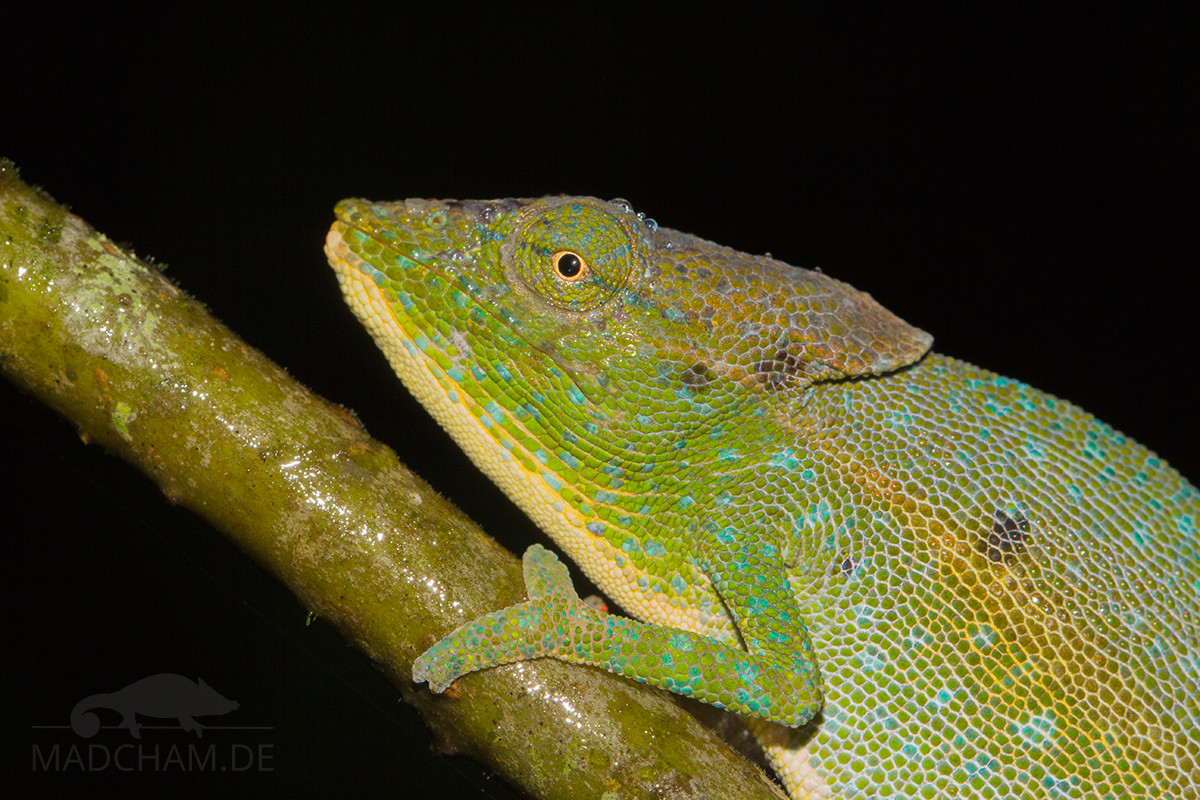 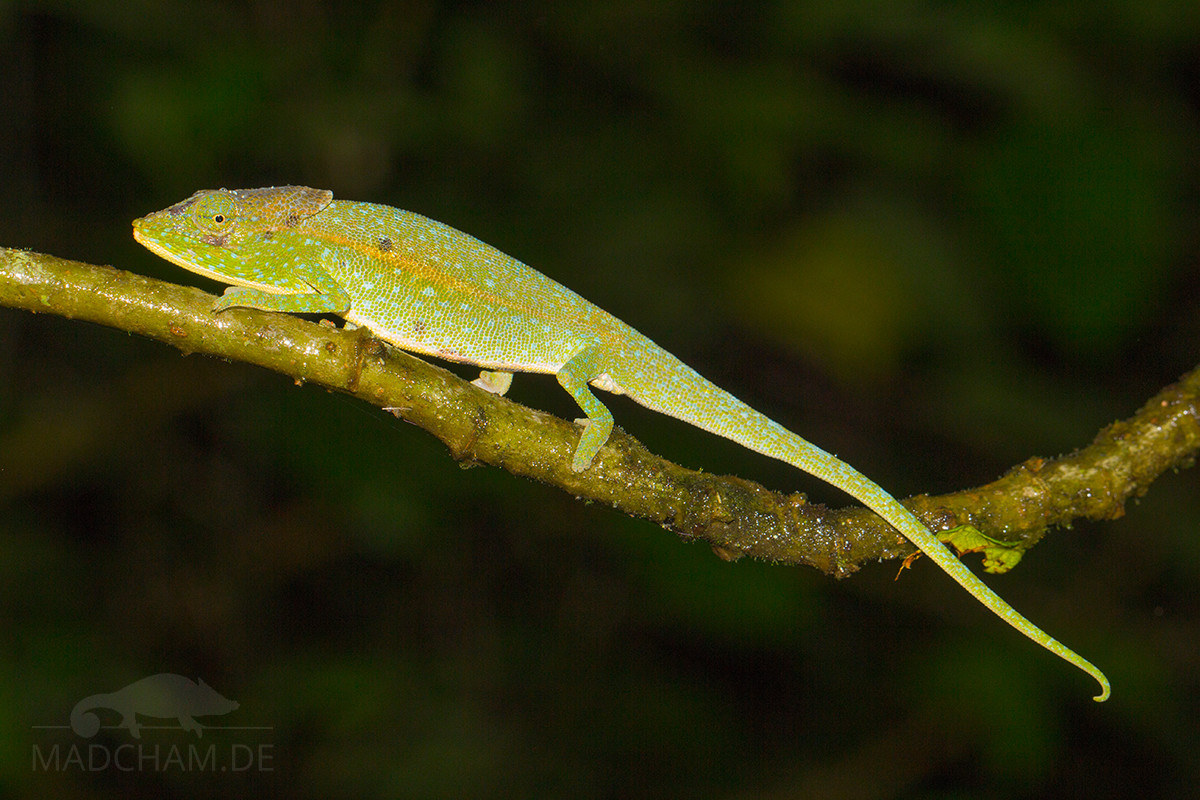 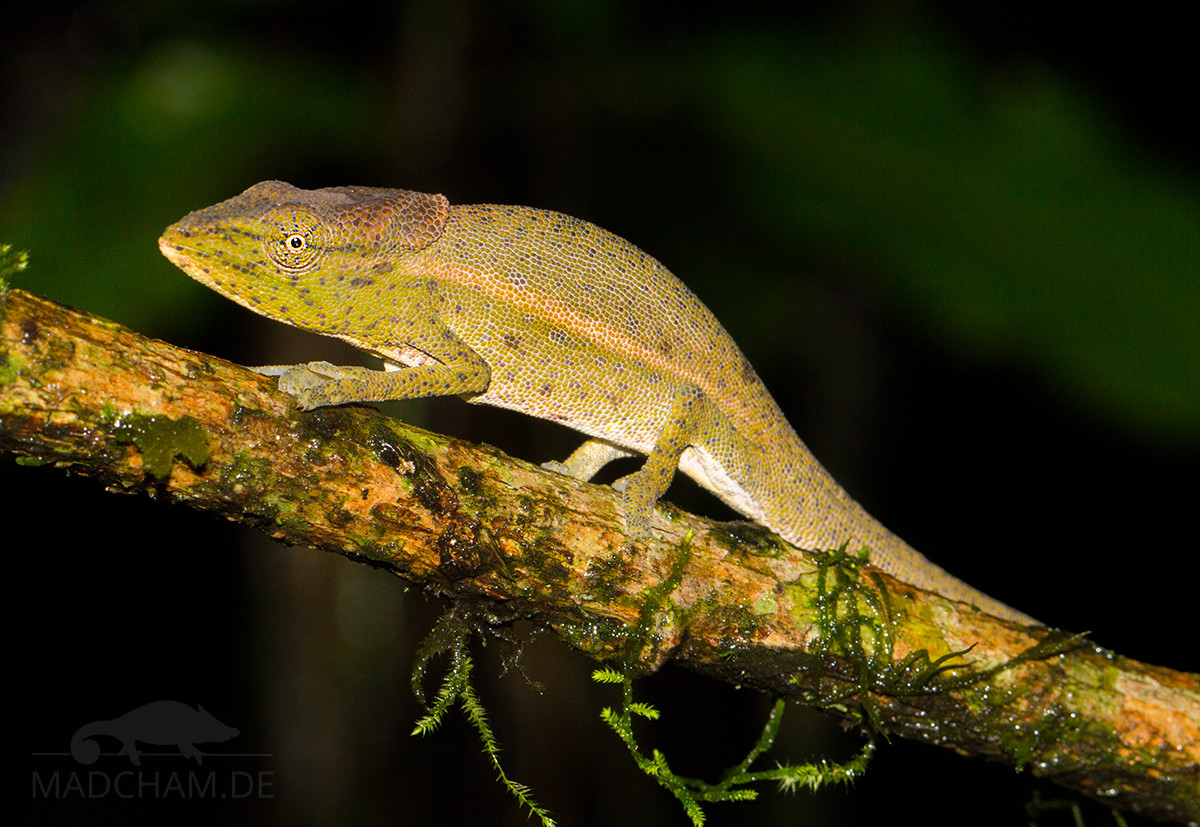 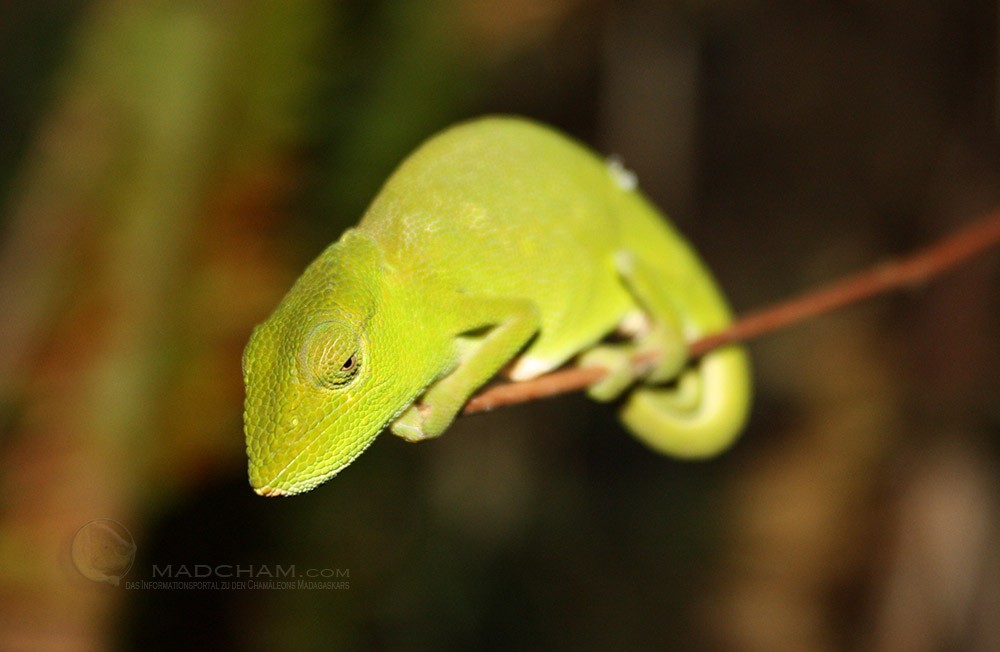 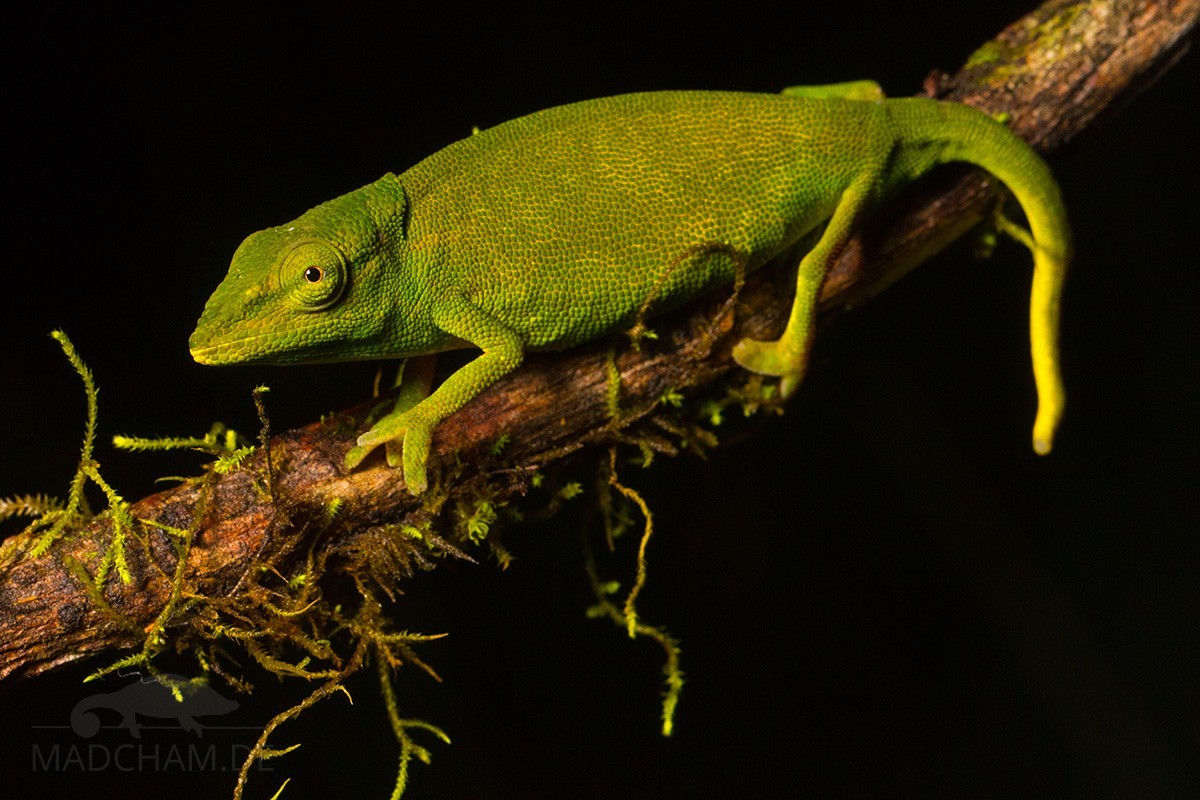 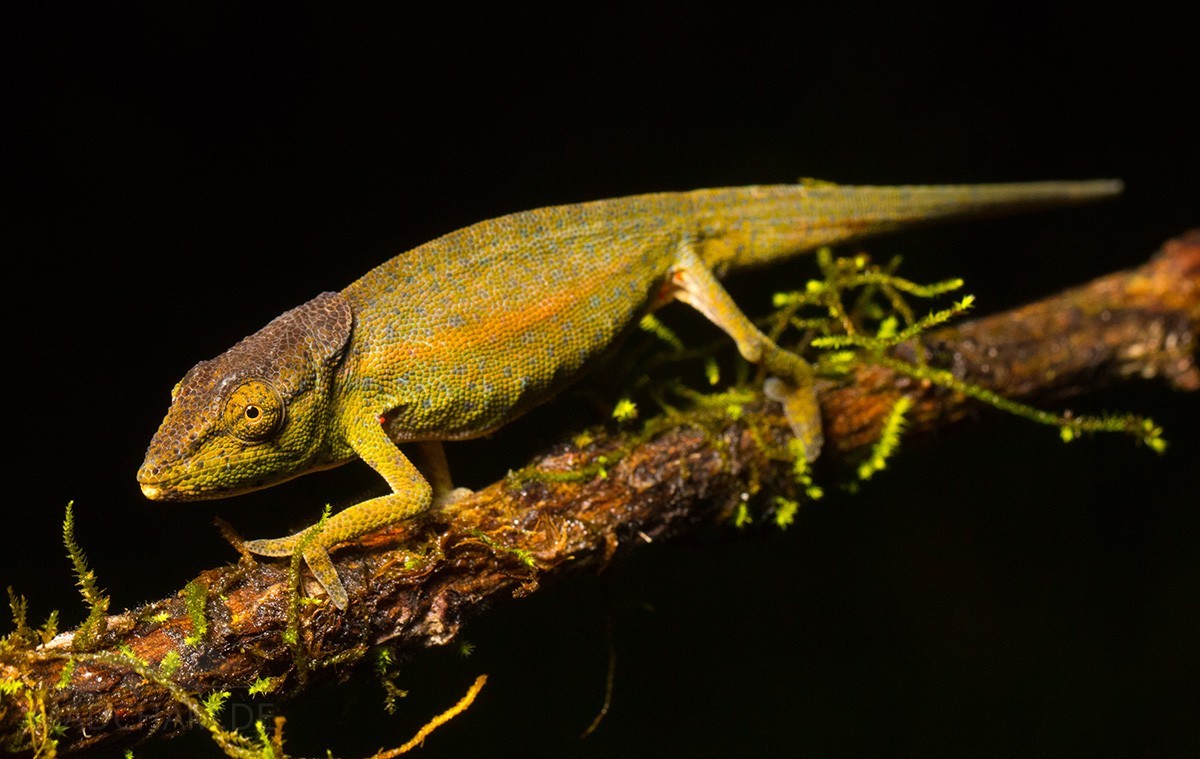 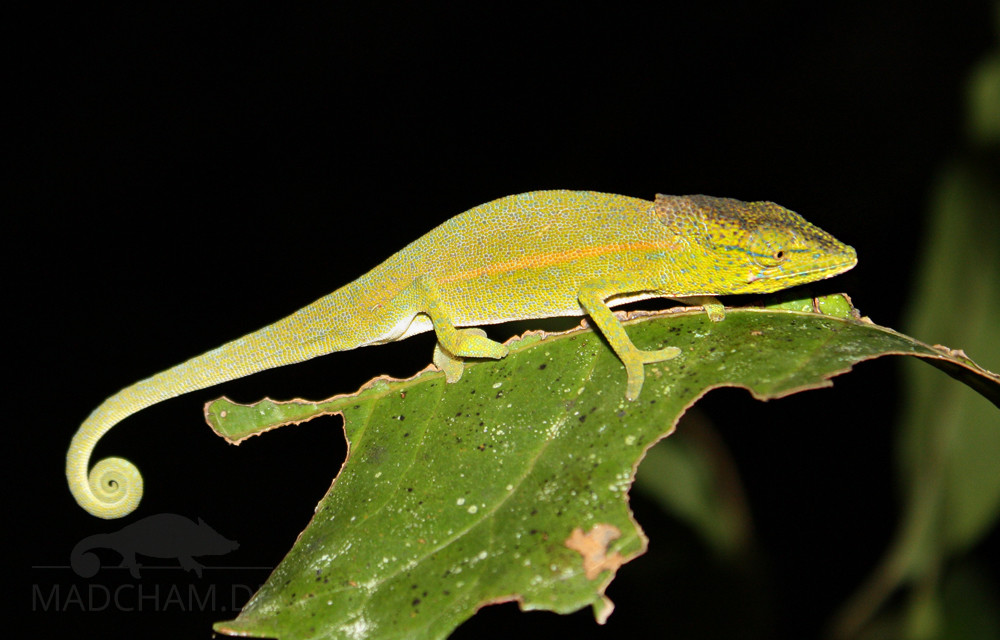 The German herpetologist Wolfgang Böhme, former head of the section for herpetology of the Museum König in Bonn (Germany), named this chameleon species in honor of the German herpetologist Frank Glaw. Frank Glaw works in the State Zoological Collection in Munich (Germany) and has been responsible for a large number of new species descriptions of Madagascar’s reptiles and amphibians in recent decades. Not only did he collect the specimen specimens of Calumma glawi himself in Madagascar in 1996, but in the meantime, he has also collected the holo- and paratypes of numerous other chameleon species.

Calumma glawi is an inhabitant of the humid rainforest areas of Ranomafana in Madagascar’s south-central highlands. Here you can find it at elevations of 300-800 meters. The habitat is restricted to the dense rainforest where it is difficult to find. At night, it is a little easier, but nevertheless you have to be lucky. Like most young chameleons, the young of Calumma glawi always sit at the outer end of leaves.

With a total length of 14 to 14 cm, this species belongs to the smaller chameleons. They are predominantly green colored with a yellowish lateral stripe in males, and during mating season, they often show a lot of bright turquoise-blueish spots. Males have a slightly elevated, dark-colored helmet with small, even dark occipital lobes. In females, the occipital lobes are less developed. Throat and belly are bright in males, partially yellow-colored. When stressed, female Calumma glawi may show dark bandings, that dissolve into spots on the head. Both genders have no enlarged scales on the back, belly or throat.

The following pictures show the habitat of Calumma glawi in Ranomafana. In Ranomafana, this species occurs mainly in the pristine rainforest with huge trees, lianas, and many ferns. The trees are quasi always moist and mossy overgrown. The forest extends over several canyons and is accordingly rocky. The ground is covered by thick foliage.