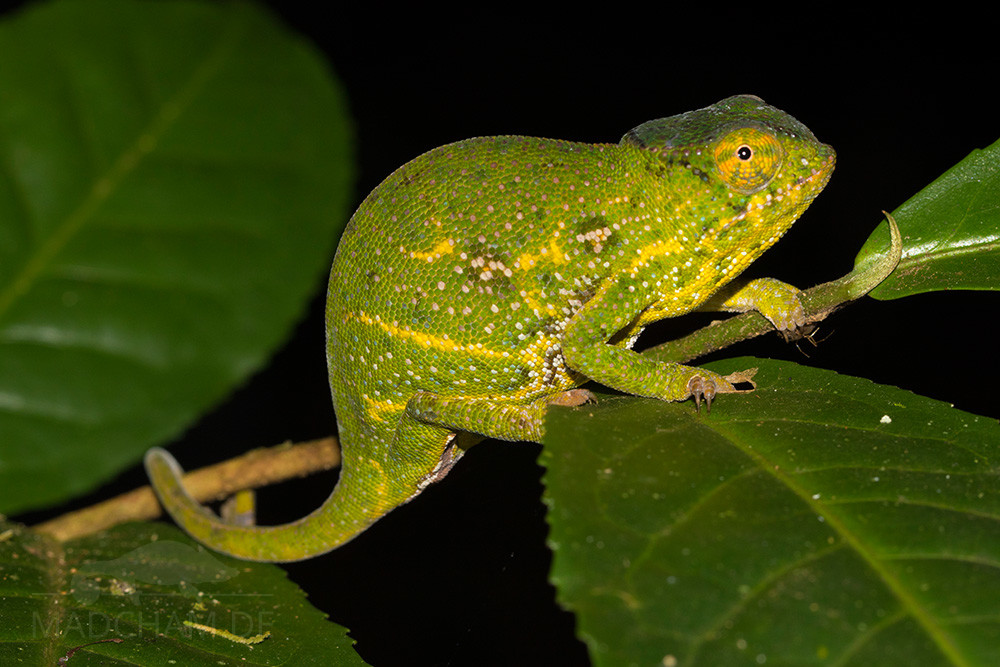 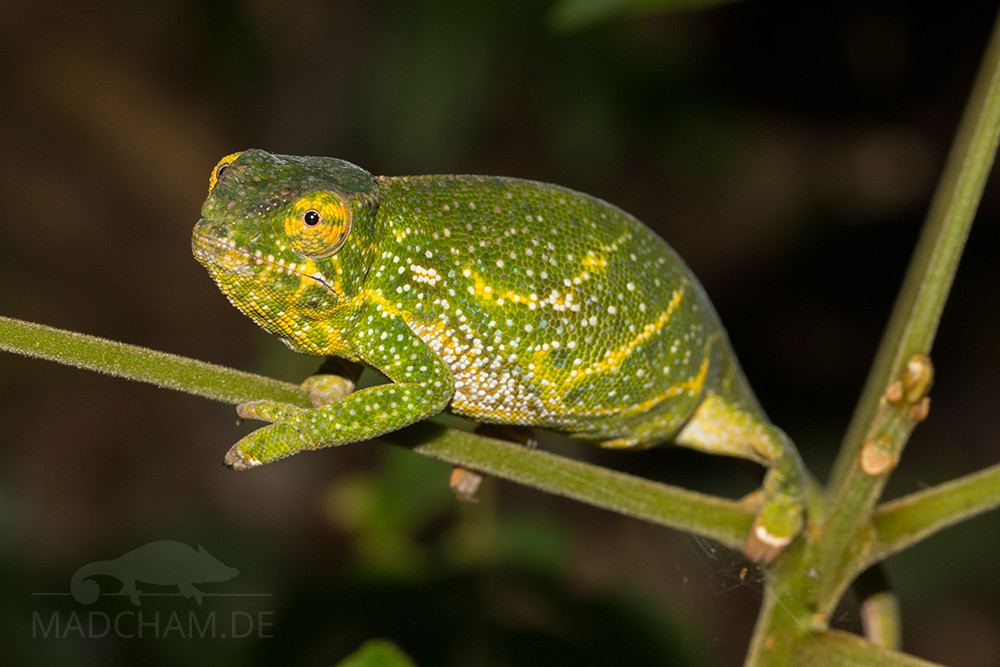 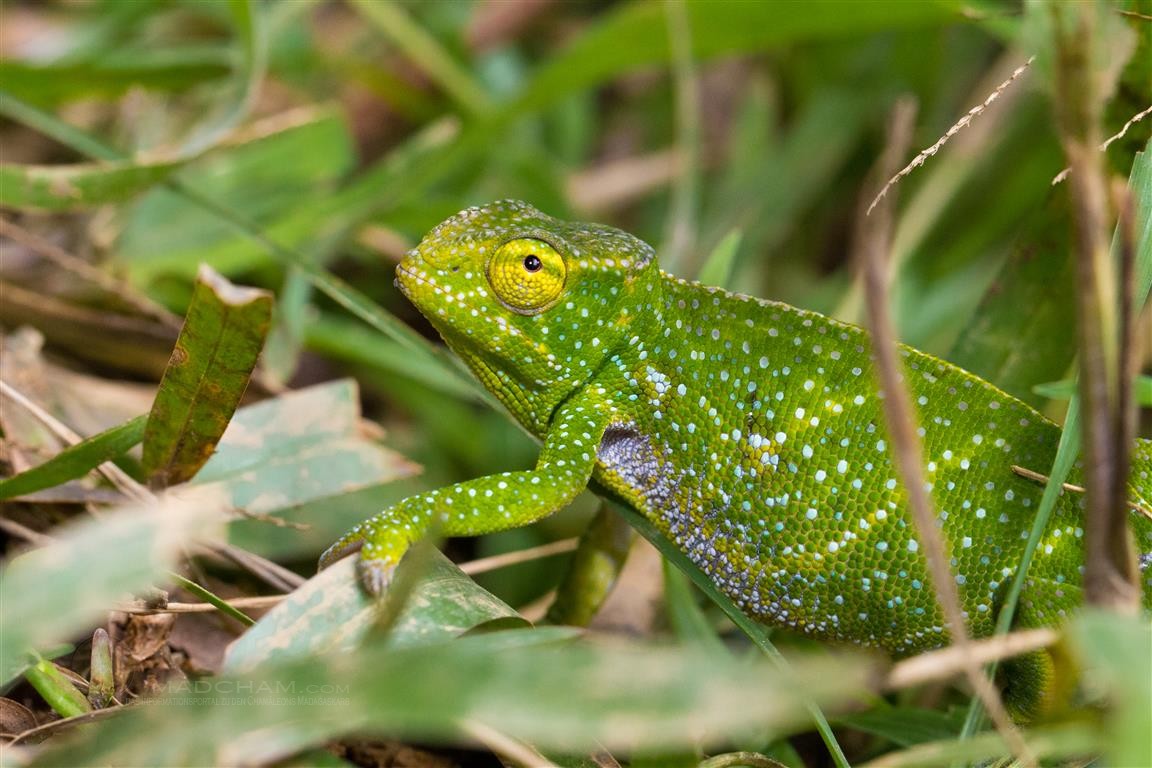 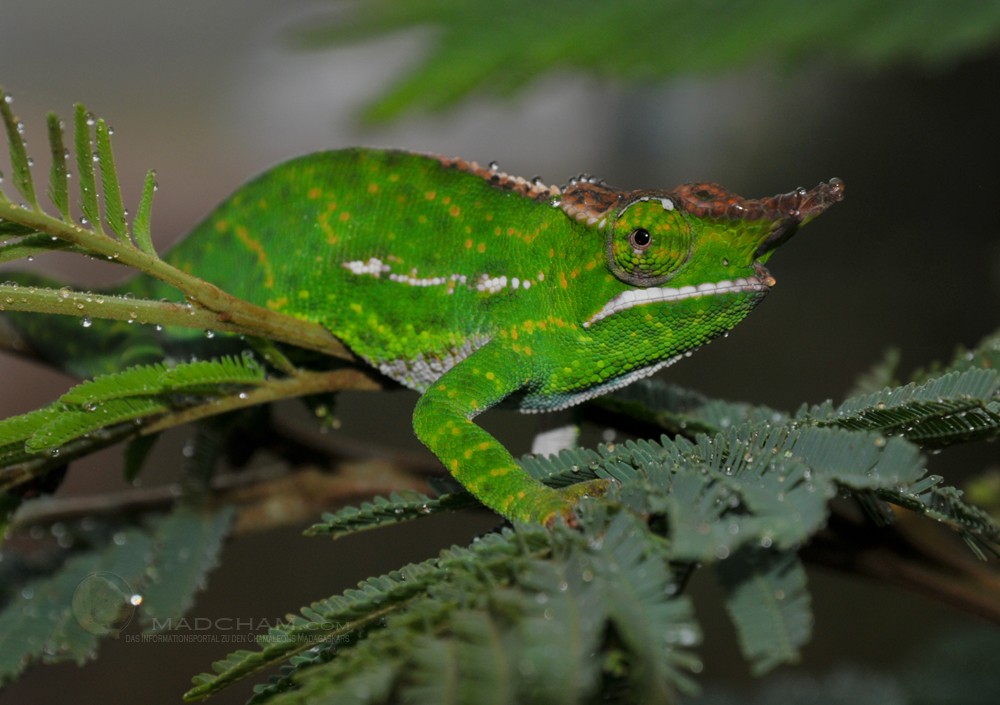 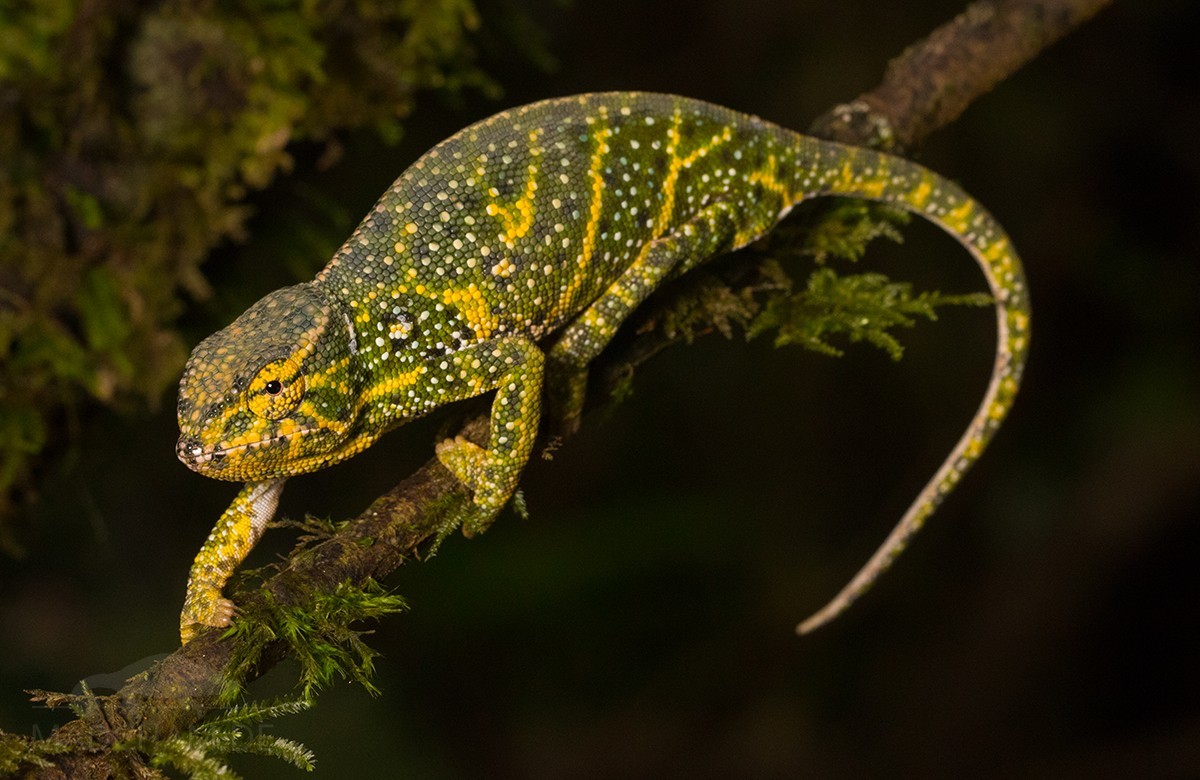 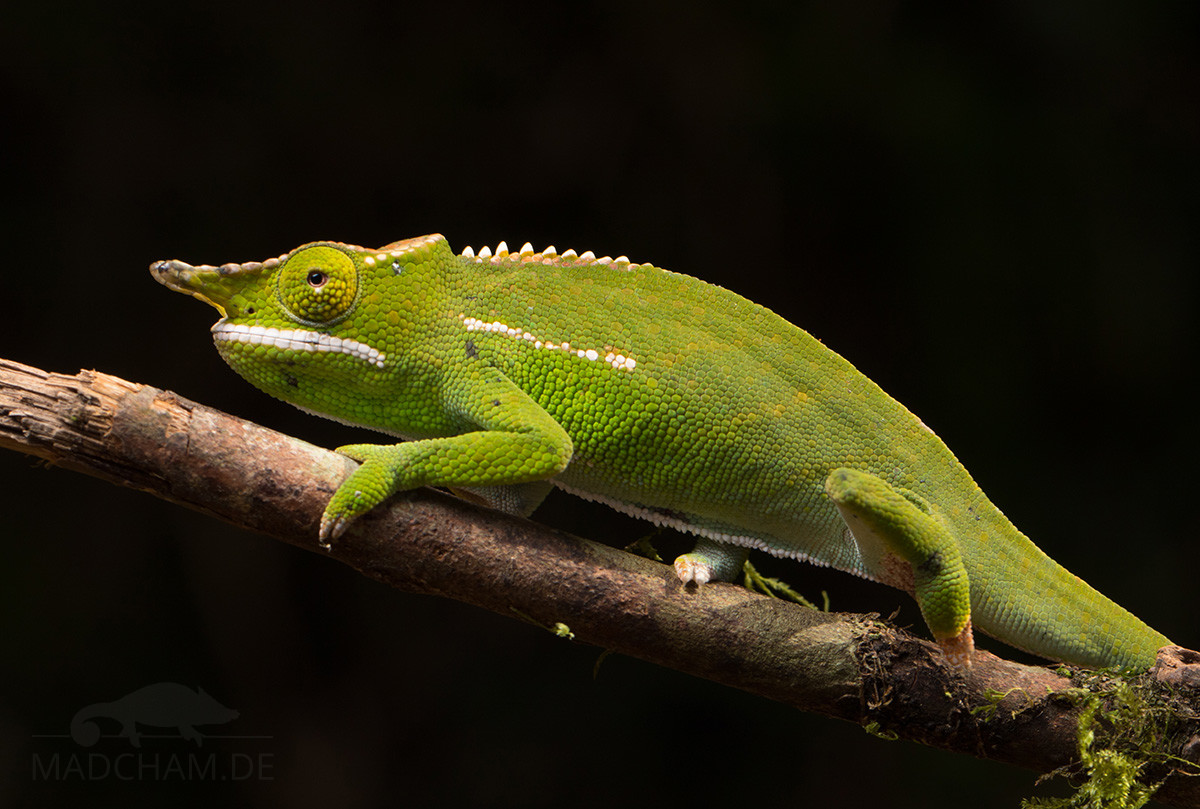 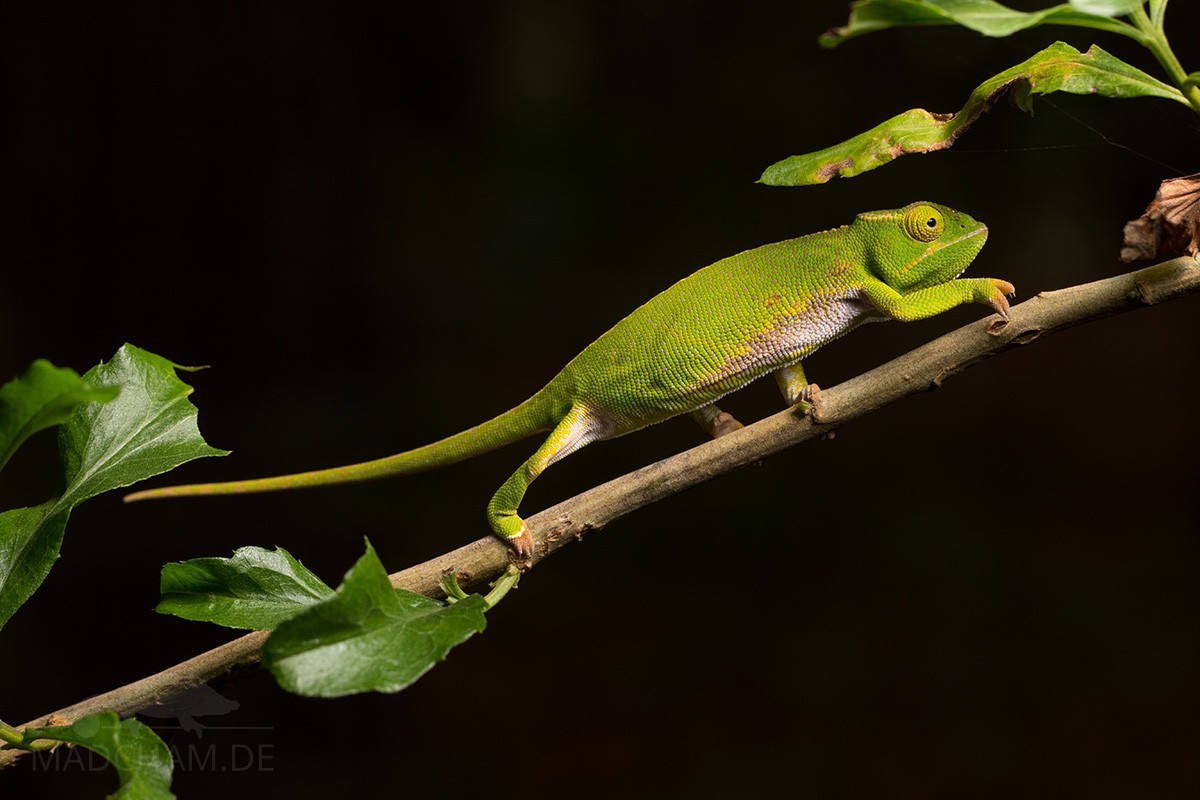 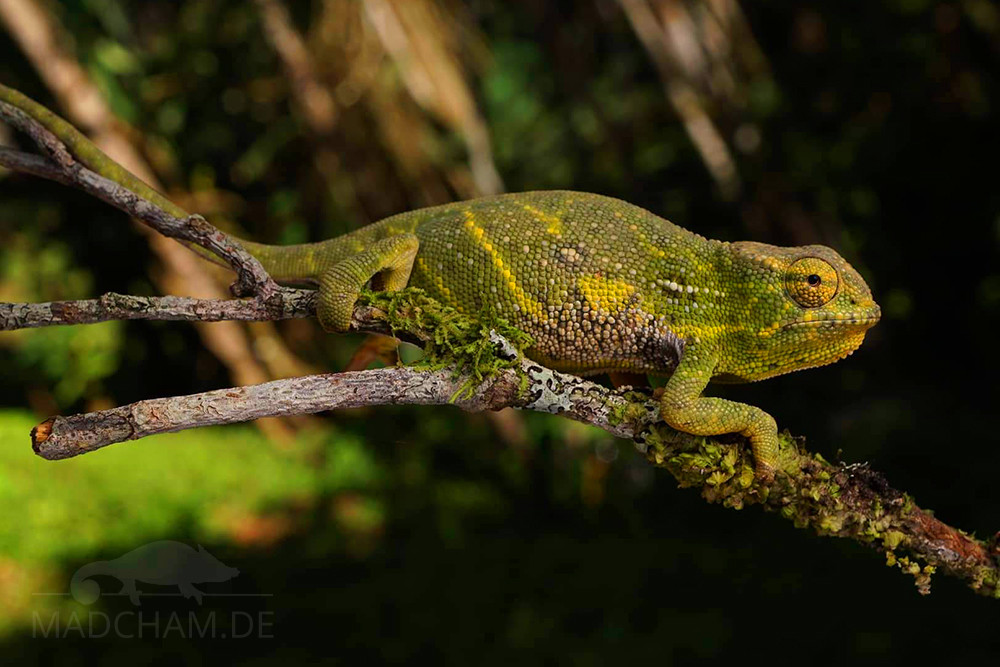 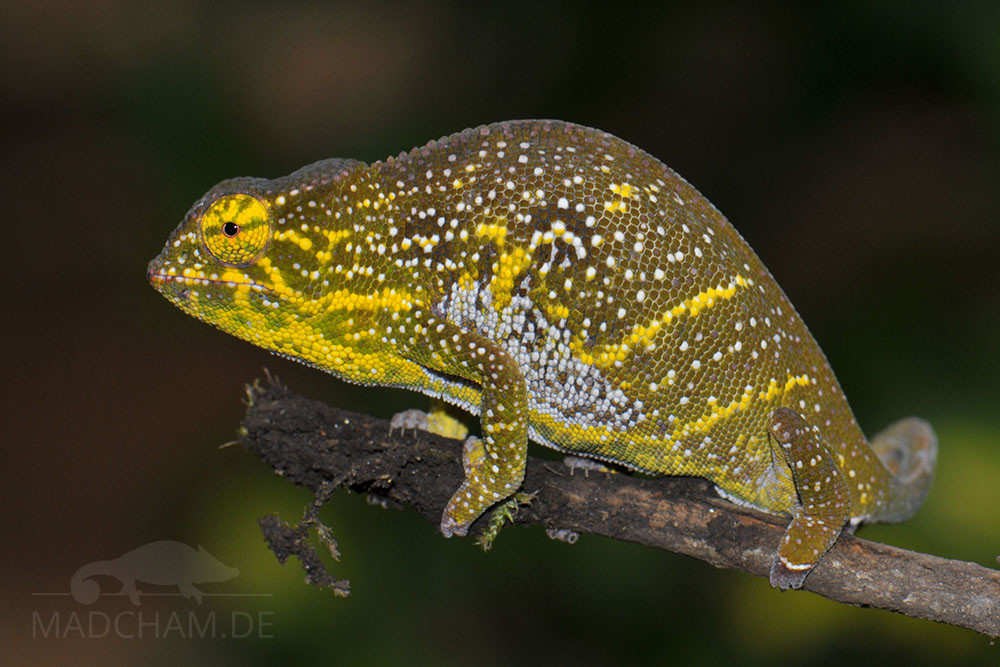 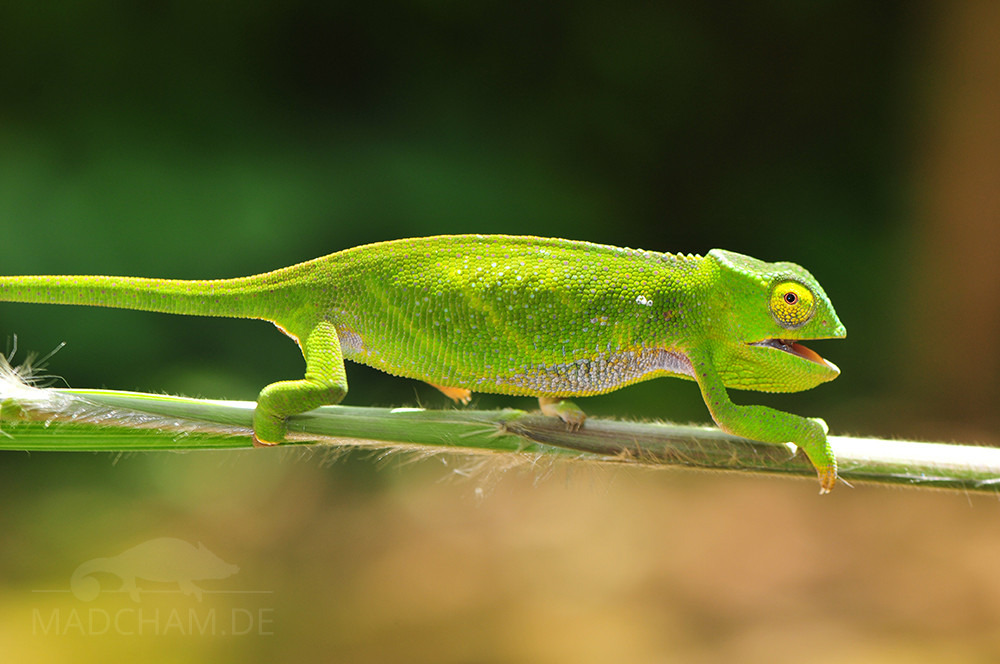 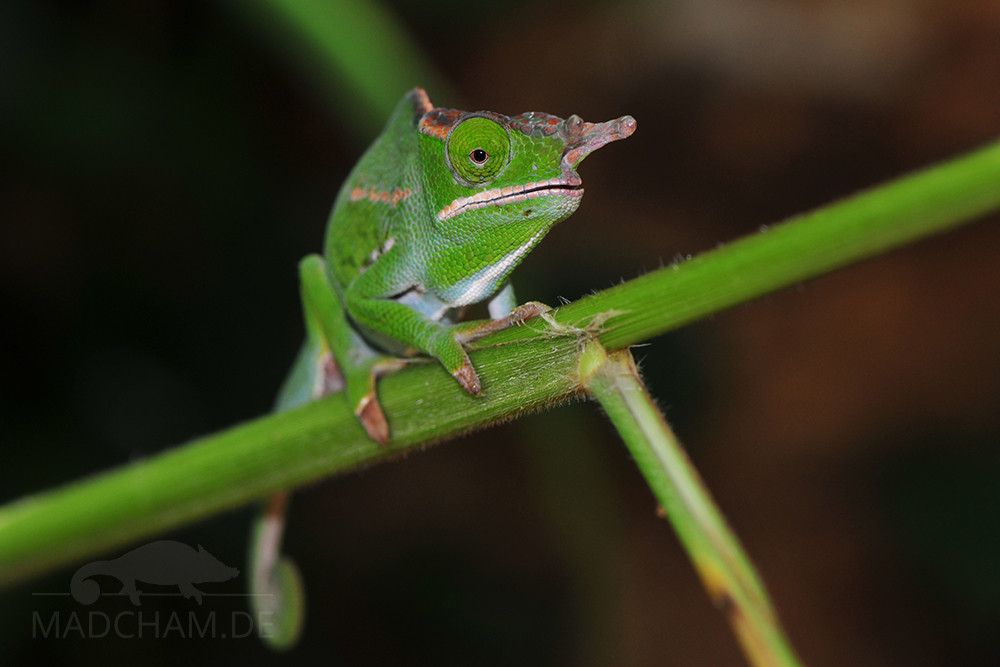 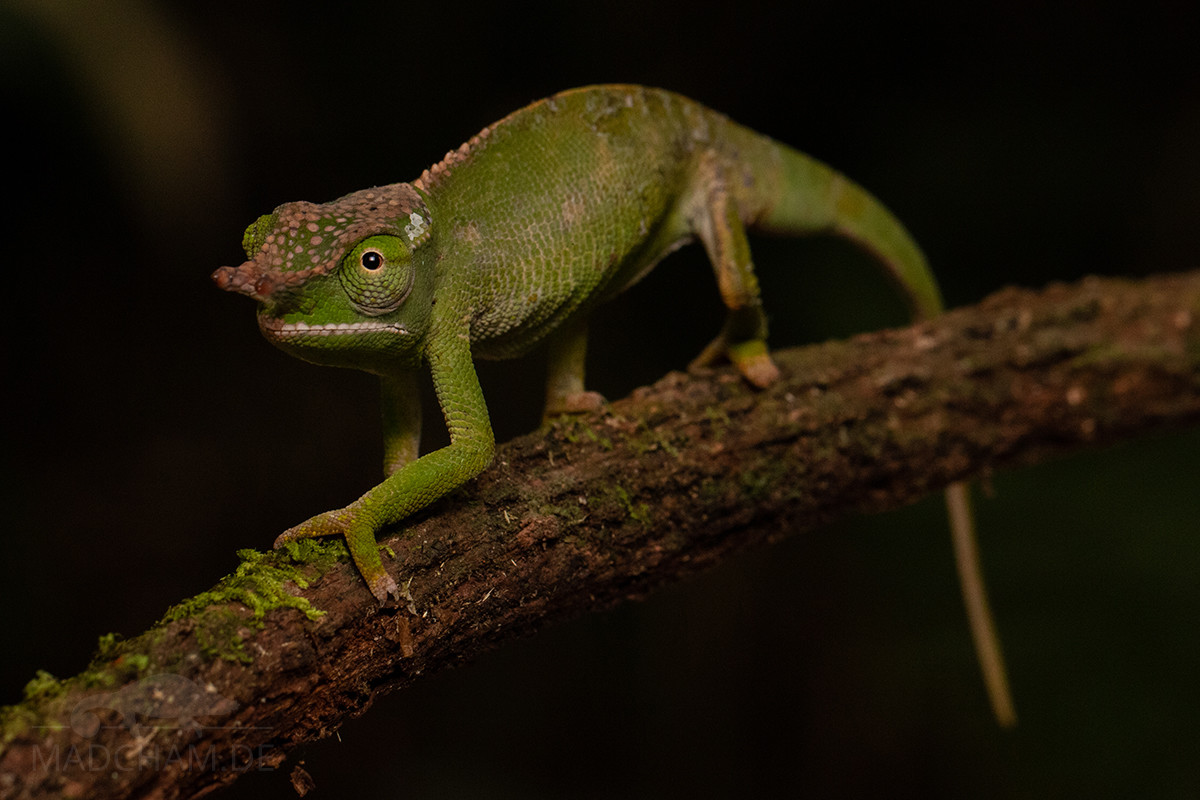 The German zoologist Albert Carl Ludwig Gotthilf Günther, then Director of the Zoological Department of the Natural History Museum of London (Great Britain), named this chameleon species after the missionary James A. Wills. The specimens described by Günther came from the collection of the Englishman who lived in the highlands of Madagascar. Wills was also engaged in ornithology.

Furcifer willsii inhabits the mountain forests of mainly Madagascar’s central east. The most popular distribution area is probably Analamazaotra, which is part of the Andasibe-Mantadia national park. They live at elevations up to 1200 meters. You will hardly find them in secondary vegetation, they prefer living in the humid, dense primary forests. Relatively far south for the species, a Furcifer willsii was found in 2018 in the stomach of a Mahafaly snake in the Andringitra Mountains.

Furcifer willsii belongs with 15 to 17 cm total length to the smaller chameleon species. The males have two conspicuous, parallel, upward curved nose extensions, which are completely missing in the females. They are colored green with a thin white lateral stripe and white lips. The colors of the females are more variable, from yellow-green to a dark brown with bright yellow or white dots as pregnancy coloring. Both sexes carry a white line along the abdominal crest.

Despite their size, these chameleons are rather sensitive and are not afraid to attack a photographer’s finger. Less aggressive individuals are often frantic and run quickly up and down an offered branch, so photographing can become quite a challenge and should be done quickly.

The following pictures show the habitat of Furcifer willsii in the region around Andasibe. Some are from finding places of the species. The rainforests of this area mainly consist of slender trees. This species can be found in denser forest parts, where the undergrowth is overgrown by ferns and moss.

Hereinafter you can find some 360° pictures from the Andasibe region. You can move inside these pictures via mouse click in all directions. If you click on the Theta logo, a new window with an enlarged view will open. You will also have the opportunity to look at the pictures in full-screen mode. Enjoy!