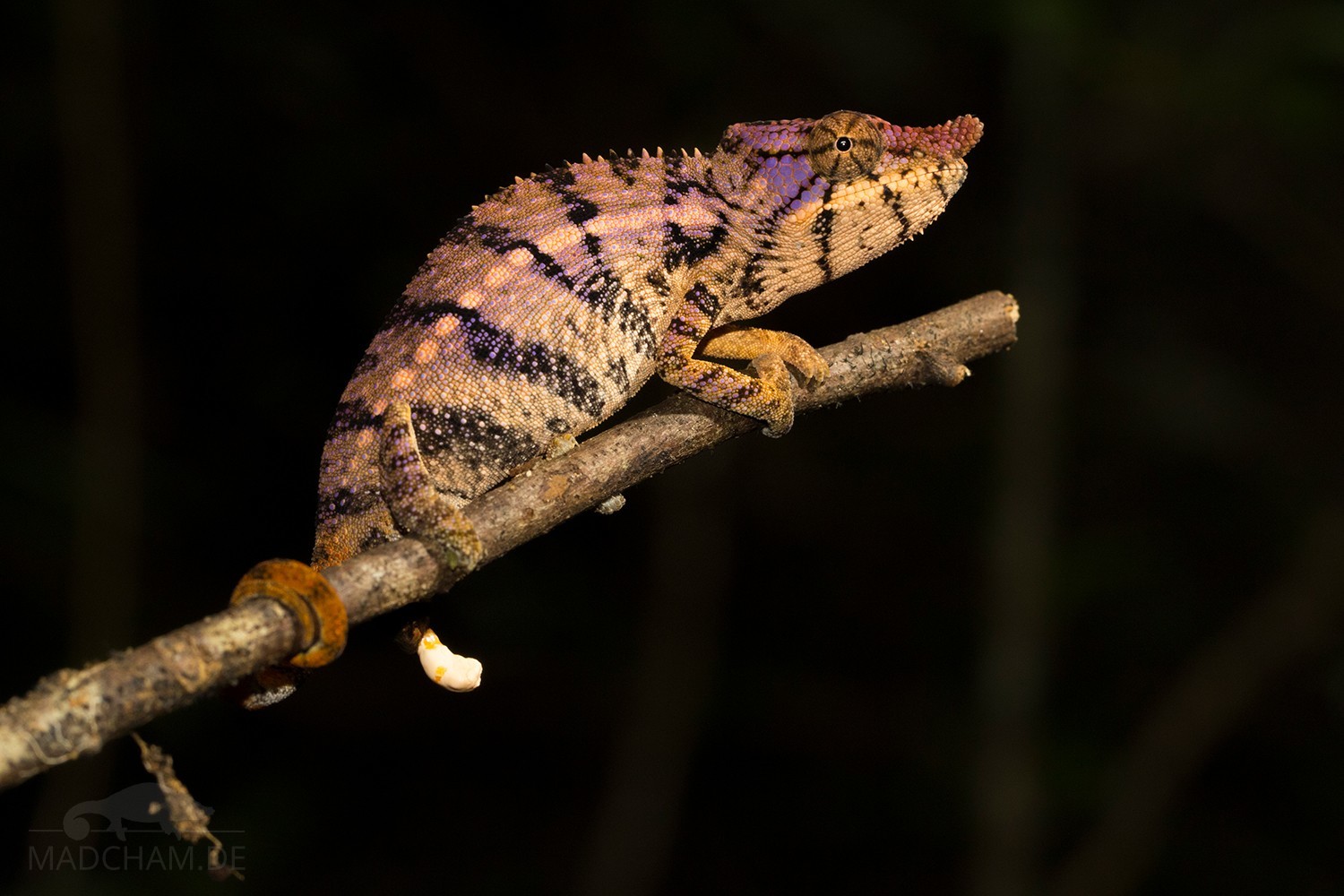 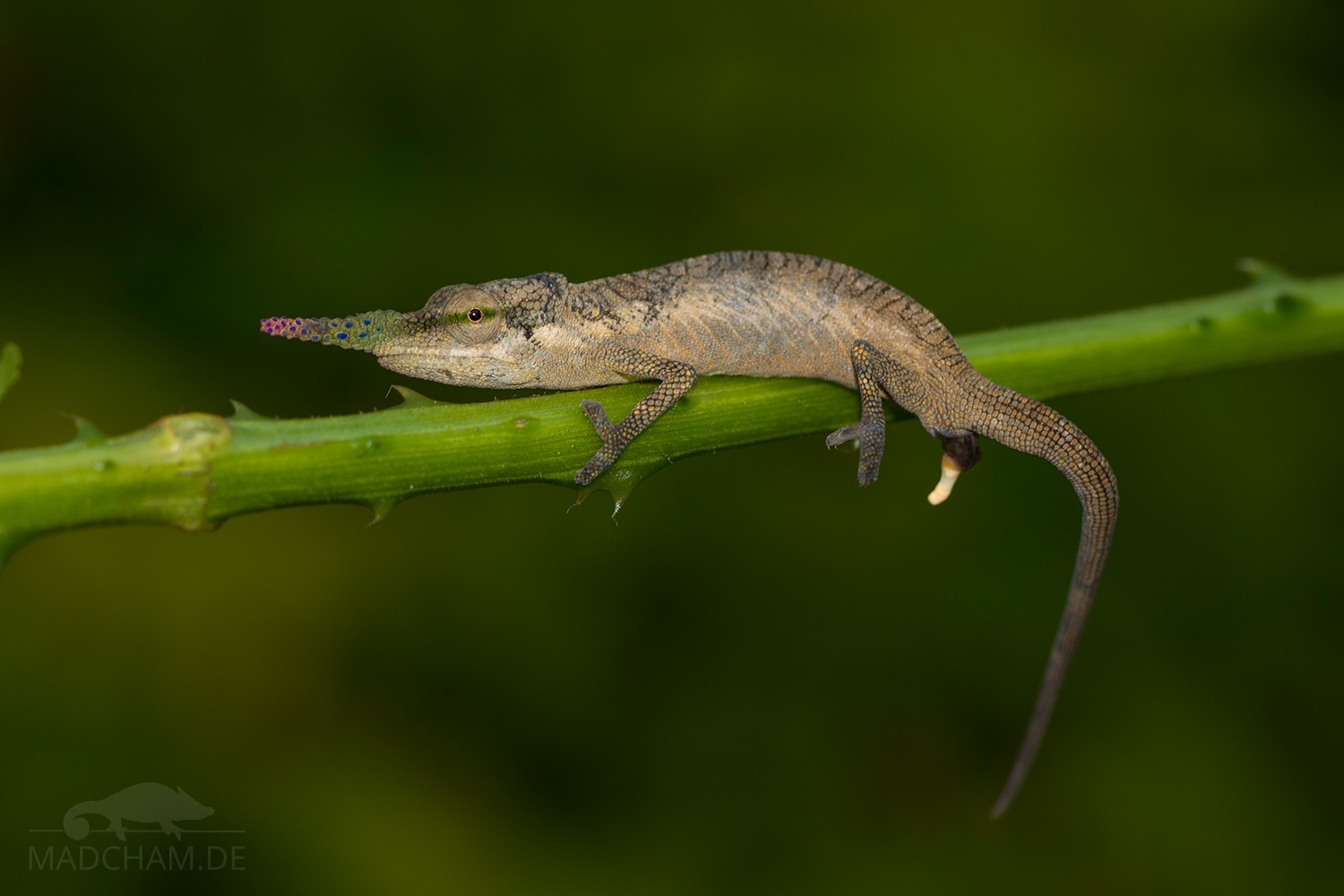 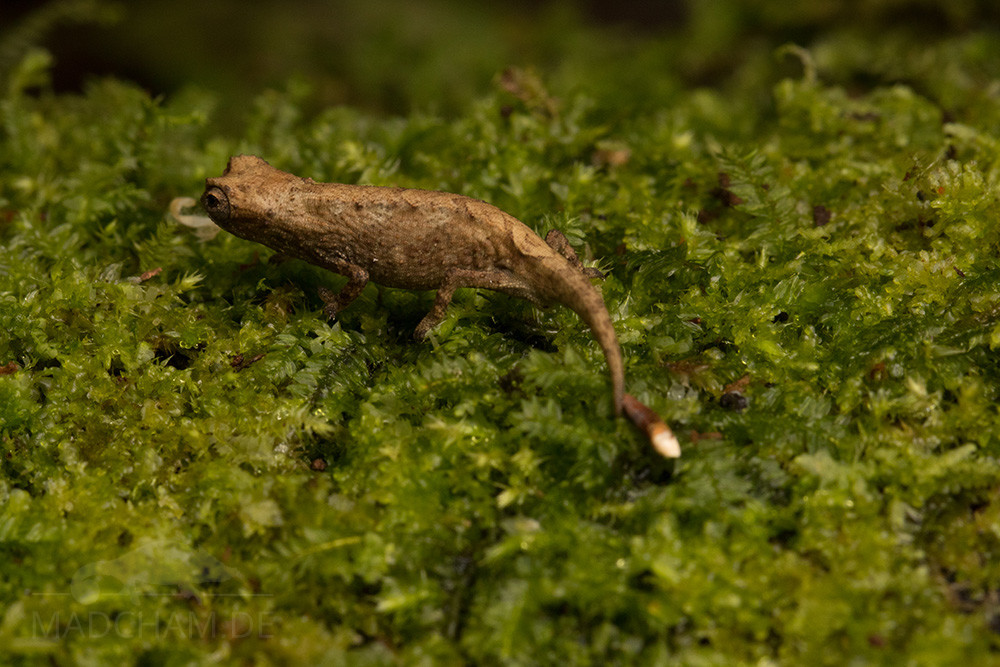 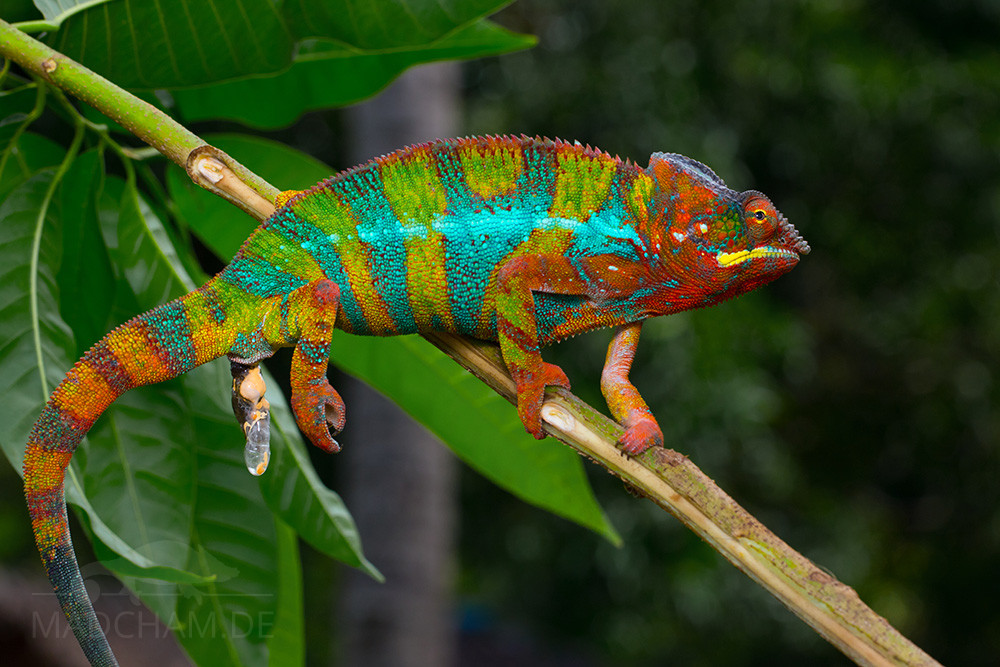 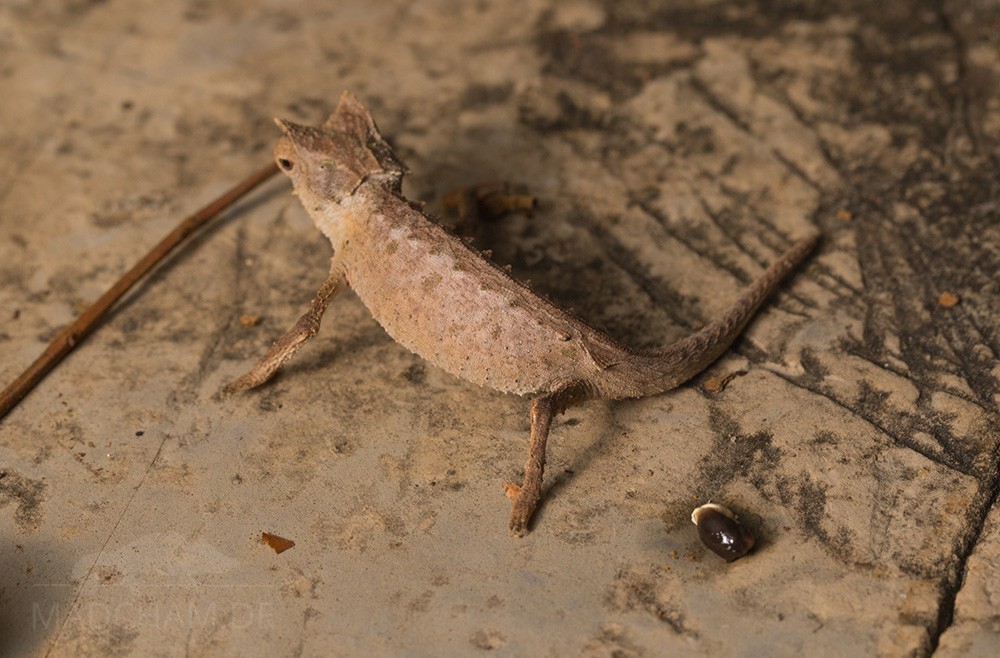 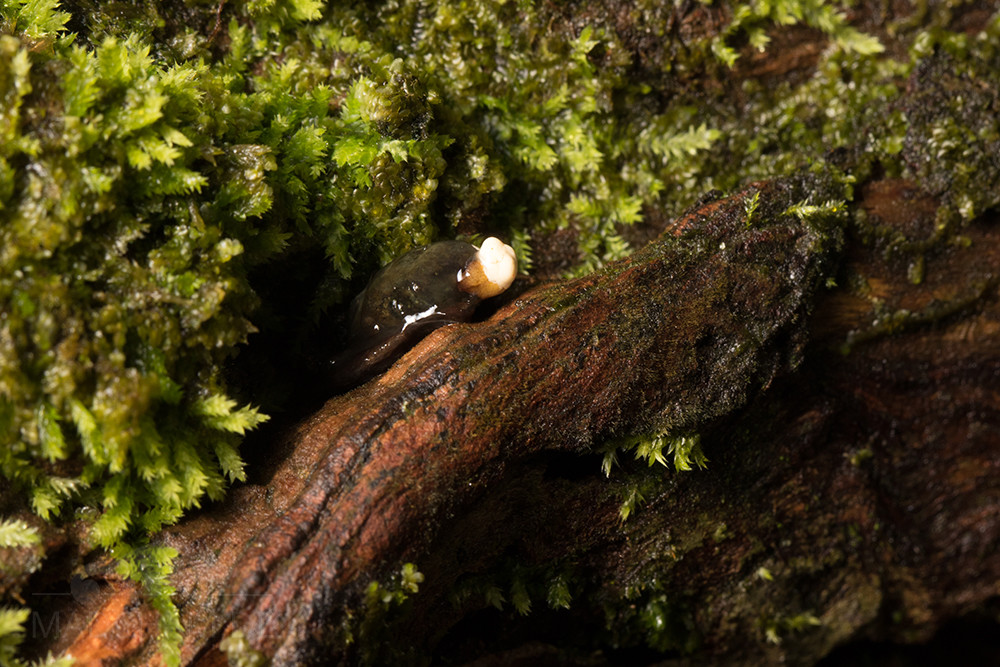 In contrast to humans, dogs, cats, and other mammals, chameleons do not release liquid urine. Instead, they produce so-called urate, which consists of the salts of uric acid. Urat is a white to a beige-coloured, creamy mass. Sometimes it is somewhat yellowish or orange in color.

Chameleon droppings are dark brown, elongated and soft, they can be easily pressed in with the fingers. If the excrement has been lying on the floor for a while, it dries out and becomes relatively hard and firm. 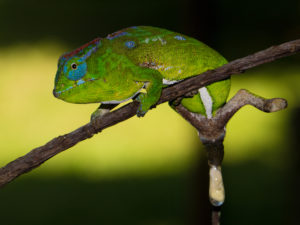 A female of the species Furcifer petteri dropping feces and urate

Chameleons have a cloaca into which both rectum and ureter flow. Unlike mammals, there are no “two separate exits”. Thus excrement and urate of chameleons are usually released together from the cloaca. An additional, transparent slimy portion can also be included and is no cause for concern.

The frequency of chameleon droppings depends mainly on the ambient temperature, activity and amount of feed. The intestinal passage of reptiles always lasts several days, so it is not to be expected that adult chameleons will have a daily turnover of excrements and urates. Younger chameleons deposit feces more frequently than older chameleons due to the higher feed intake.

Diarrhea in chameleons, like in other animal species, can be recognized by excrement that is no longer formed but drips from the cloaca mushy to watery. Often the cloaca is already smeared with excrement, in a healthy chameleon, it should be clean and free of excrements. Sometimes it is difficult to find digestible insect parts in the feces. These insect parts should not make up the main part of the feces – if the feces consists of “compressed insects”, there is obviously a problem with digestion.

Blood never belongs in the droppings of a healthy chameleon. Fresh blood can easily be recognized as light red streaks, blood that has coagulated and thus turned black becomes a little more difficult. Normal chameleon droppings do not smell very strong – even very bad smelling droppings are cause for concern.

The most important precaution for a parasite-free chameleon is to quarantine the animal when it enters your home and to regularly sample feces for parasitological examination. Parasite infestation must always be expected in wild caught animals. Most parasite stages can be detected in the feces of the animals under the microscope, but cannot be seen with the naked eye. Therefore, it makes sense to regularly give chameleon feces samples to a reptile veterinarian and have them examined. The feces should be as fresh and moist as possible in a dense plastic container. Suitable containers can usually be obtained from the reptile veterinarian. In urgent cases, the vet may also take a cloacal flush sample from the chameleon to test for parasites.

If nothing is found in the feces, it does not automatically mean that the chameleon is free of parasites! 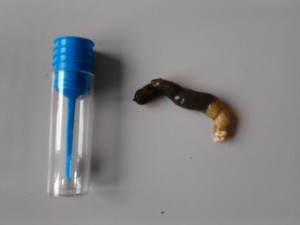 Many parasite stages are not constantly excreted via the feces. Even a chameleon, which has a high degree of parasite infestation in the intestine, can temporarily excrete feces in which not a single parasite is detectable. A single fecal sample is therefore not sufficient: Two to four feces samples per year are a sensible precaution – even for animals that have already been treated against parasites or have undergone quarantine. If you have a larger collection, you can give one collective feces sample per room. Chameleons, which are kept close together, fed with the same feeding utensils, supplied with the same spray bottles and where the keeper handles in several terrariums one after the other, usually also have the same parasites.

If excrement samples are sent by mail to a veterinarian or a laboratory, they should be packed as small parcels. Unfortunately, there are numerous cases in which a small droppings tube in a padded envelope has been damaged by the franking machine. That is annoying not only for the owner, who must send in then a new sample but also for the person which gets the envelope smeared with feces.