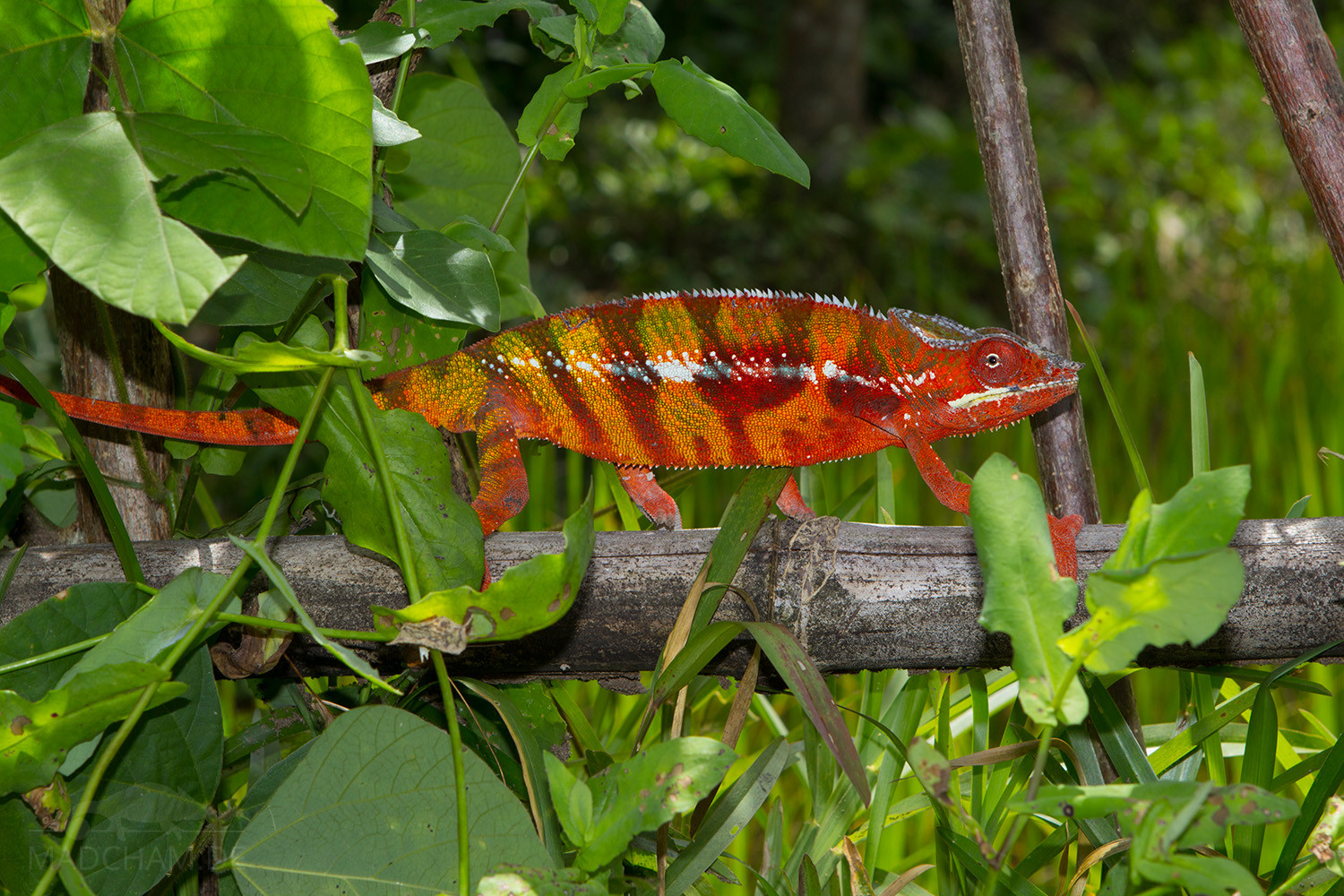 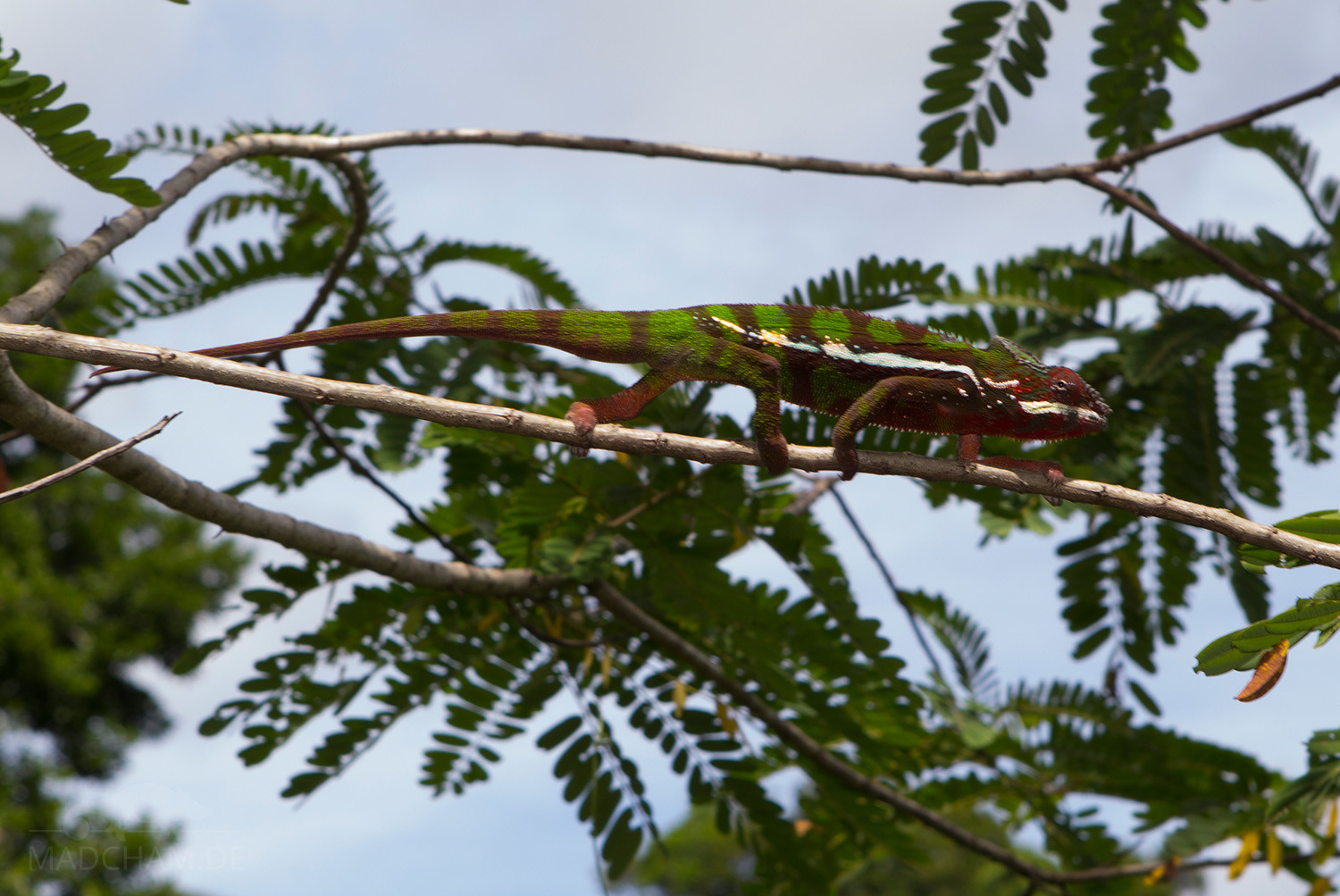 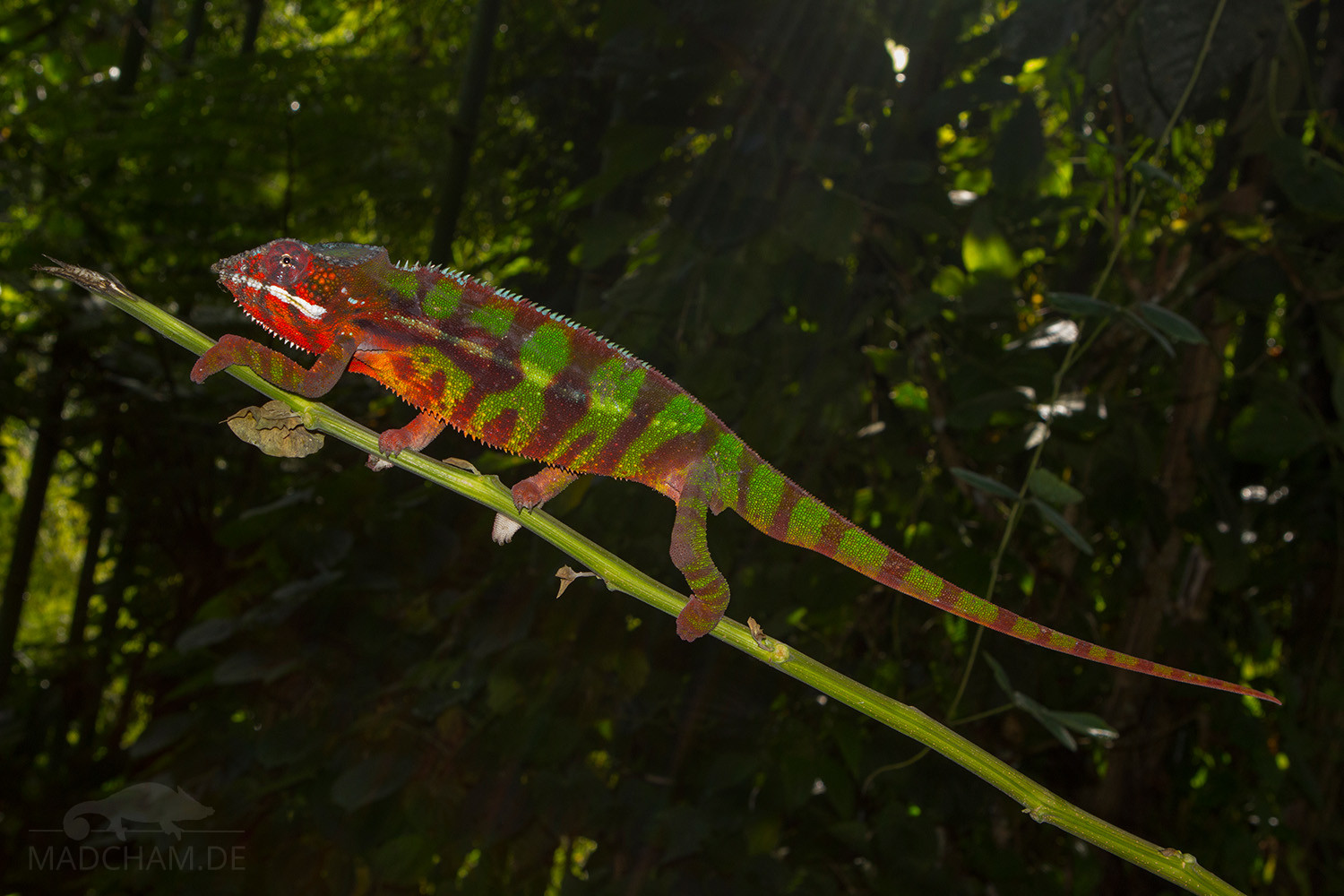 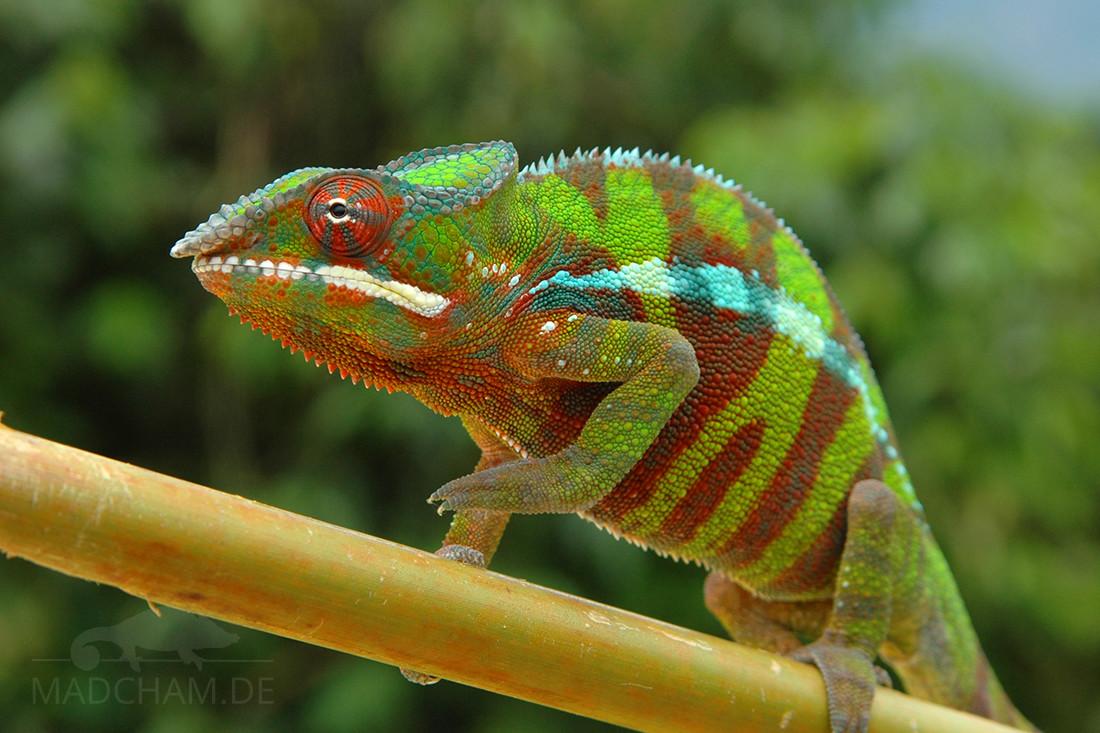 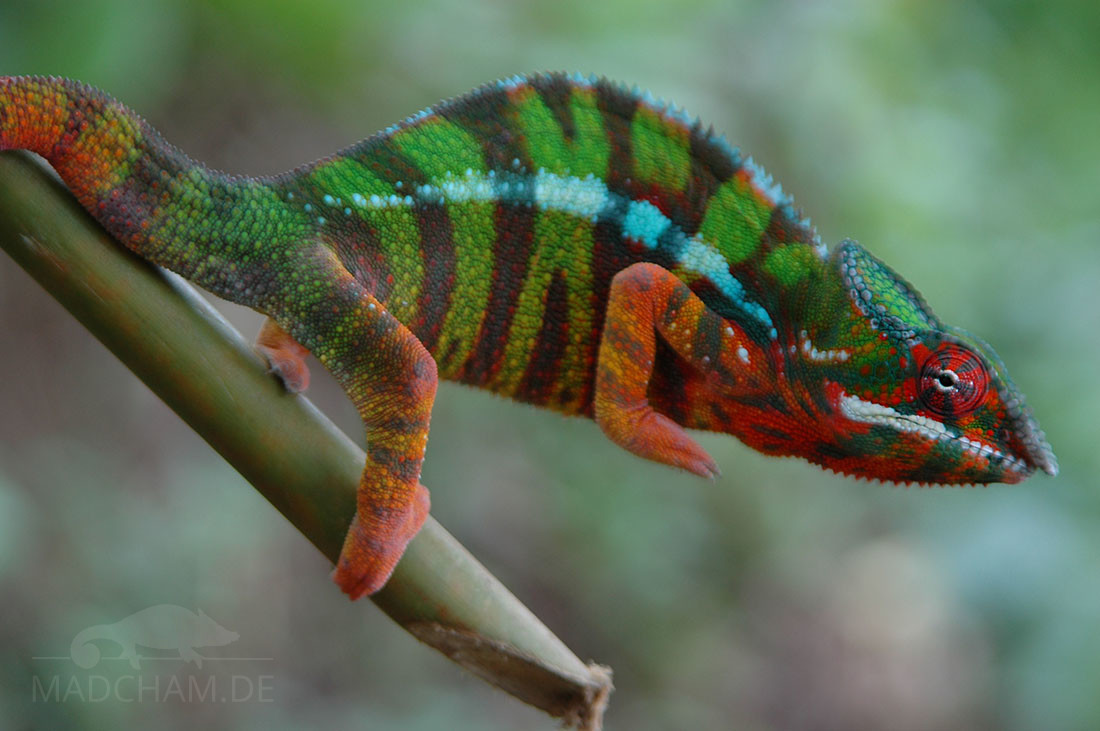 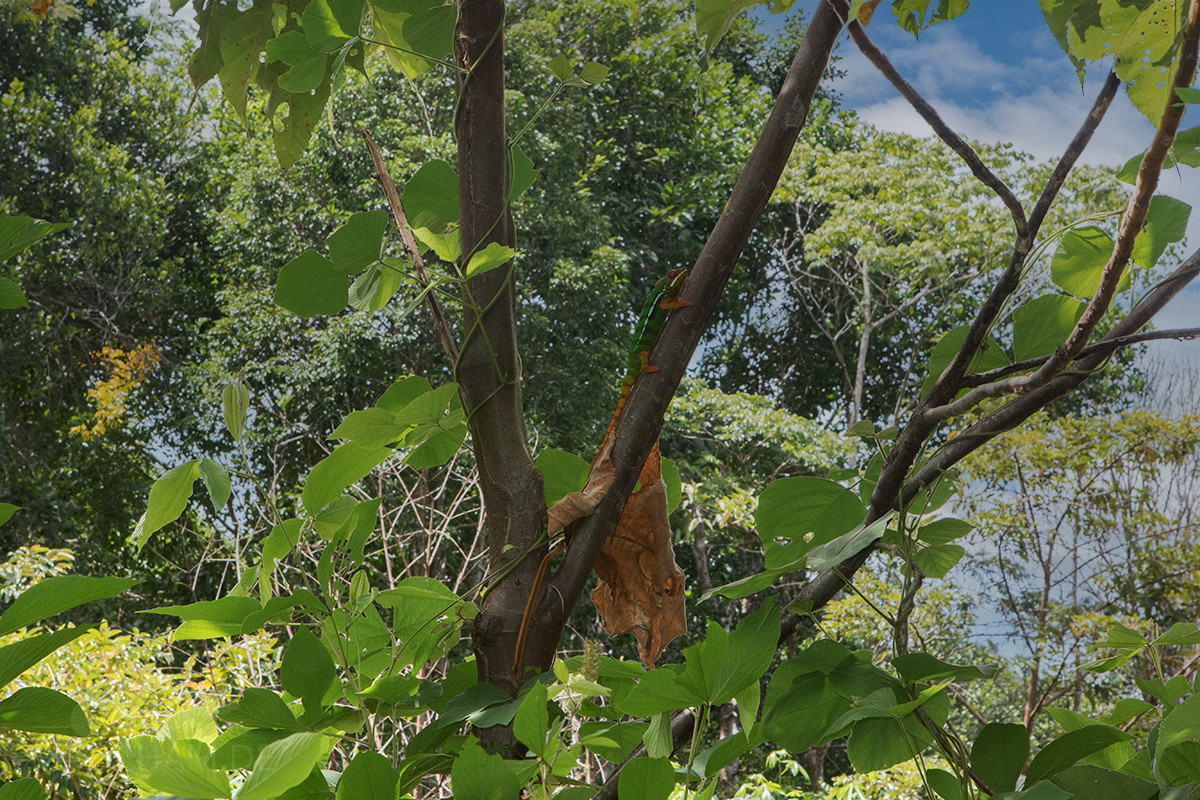 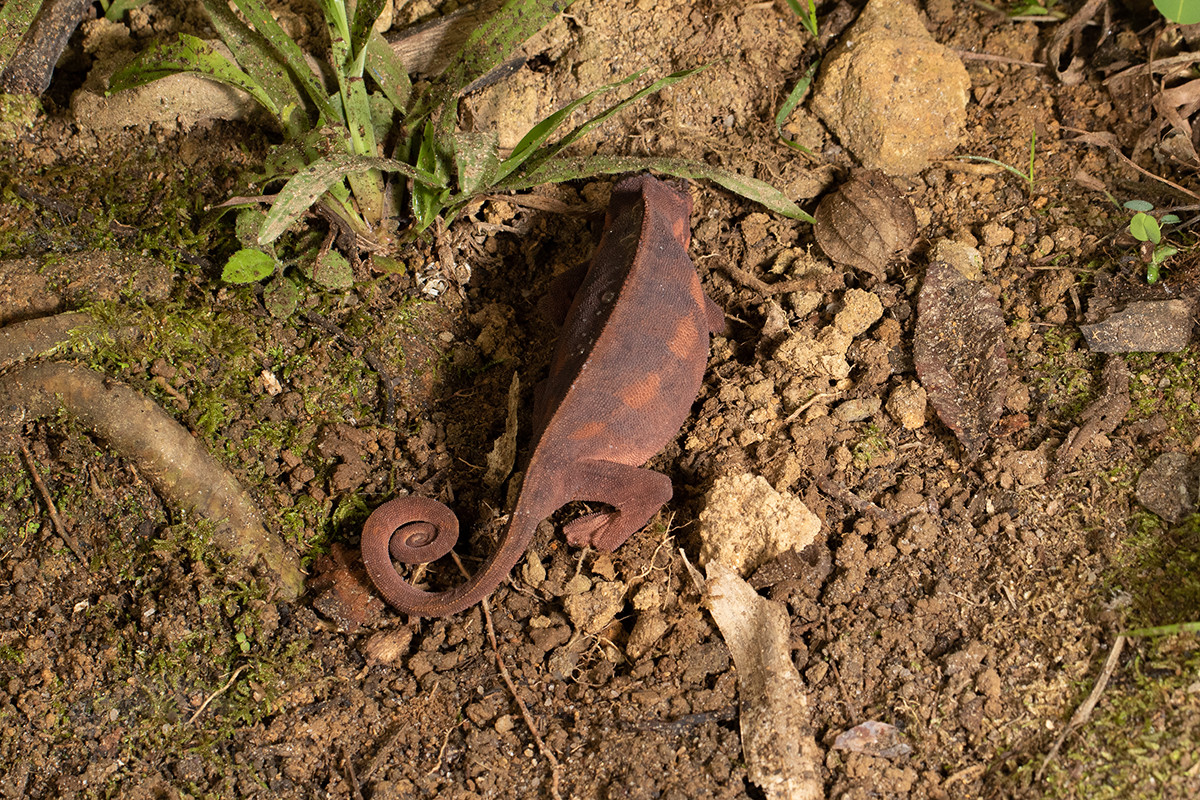 Distribution of the local form Marojejy:

Marojejy national park is located in northeast Madagascar on the slopes of the eponymic sacred mountains in the Sava region. About 60 km east of Marojejy, there is the “capital of vanilla”, Sambava. The road that passes Marojejy comes from there and leads to Andapa to the west. Marojejy national park is approximately 600 km² in size, but is difficult to reach due to its remote location and lack of infrastructure. Less than 200 travelers per year come to this park. The only safe way is flights from Maroantsetra or Tana to Sambava and further traveling to Marojejy by car. From the park office, you have to walk along an extremely exhausting path to the national park entry itself. From time to time, you can find panther chameleons in the dense rainforest at elevations of 500 meters nearby Camp Mantella (Camp 1). The forest consists of mainly primary forest and some bamboo here. Further up we have so far found only a single female in 2022 at Camp Marojejy. Distinctly further down, you can find panther chameleons on a regular base at the height of the park entry and before between the rice fields. Males of this local form look similar to those of the Sambava local form. Due to their remote location, several rivers on the way, the extremely rough terrain, and especially the high elevation, we surmise this as an own local form.

The males wear red bands on the green ground color on the body. The head is usually bright green with red eyelids and radiating red accents. Overall, the males of this local form are much greener in the head area than those of the neighboring local form Sambava and carry hardly any orange accents in normal conditions. When excited, some older animals may become bright red-orange, but this is rarely seen. The following two photos show male juveniles whose colors are not yet fully developed.

The panther chameleons here can live inside the rainforest that consists of old tree giants, lianas, ferns, and endless masses of moss. The ground is rocky and covered by dense foliage. In front of the park entry of Marojejy, there are more panther chameleons in a completely different habitat that is completely secondary vegetation. They occur in bushes and trees at the edges of ricefields, in some lonely coffee trees, on young tamarinds, and inside vanilla plantations.