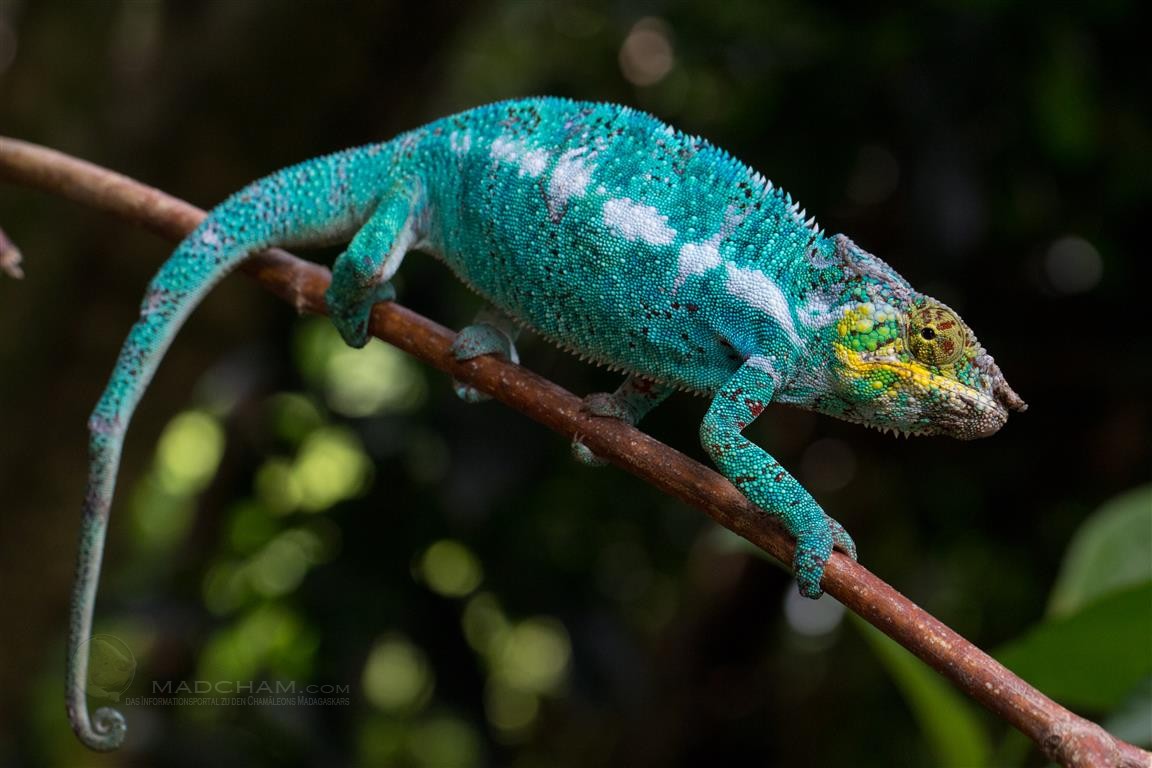 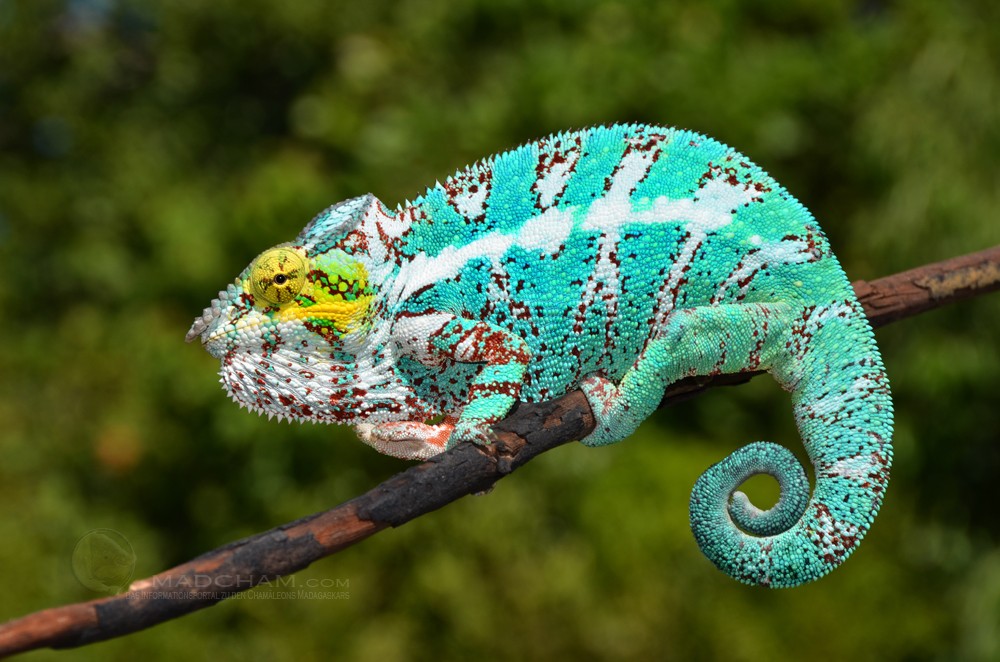 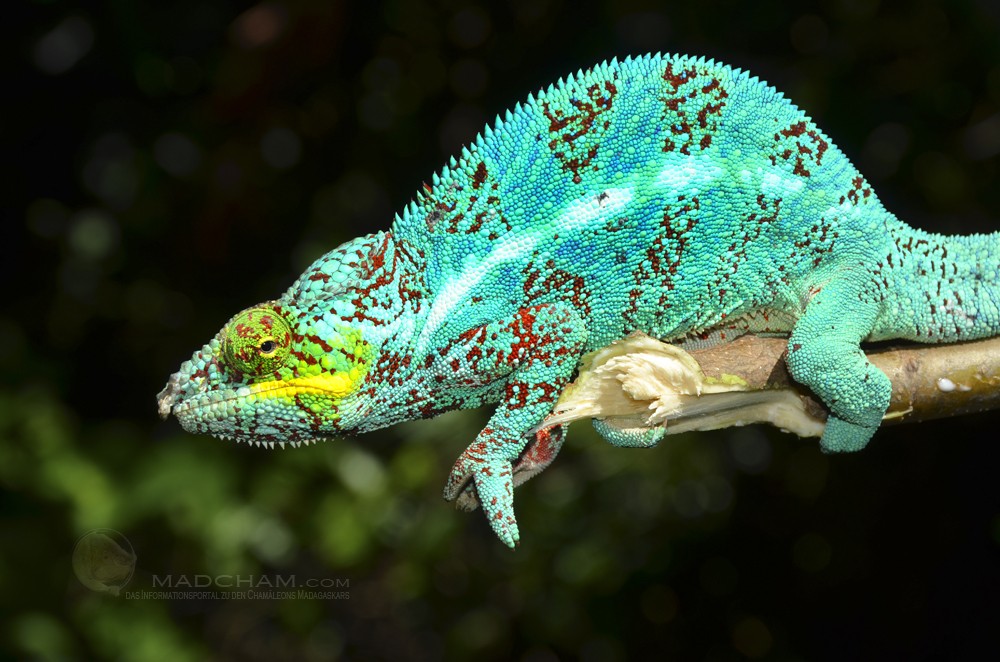 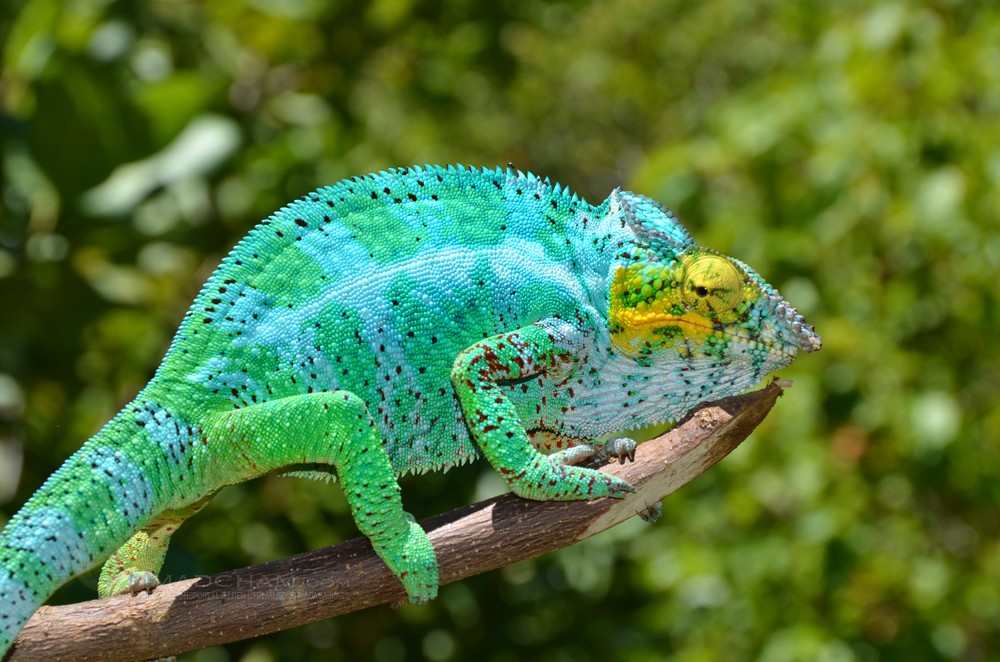 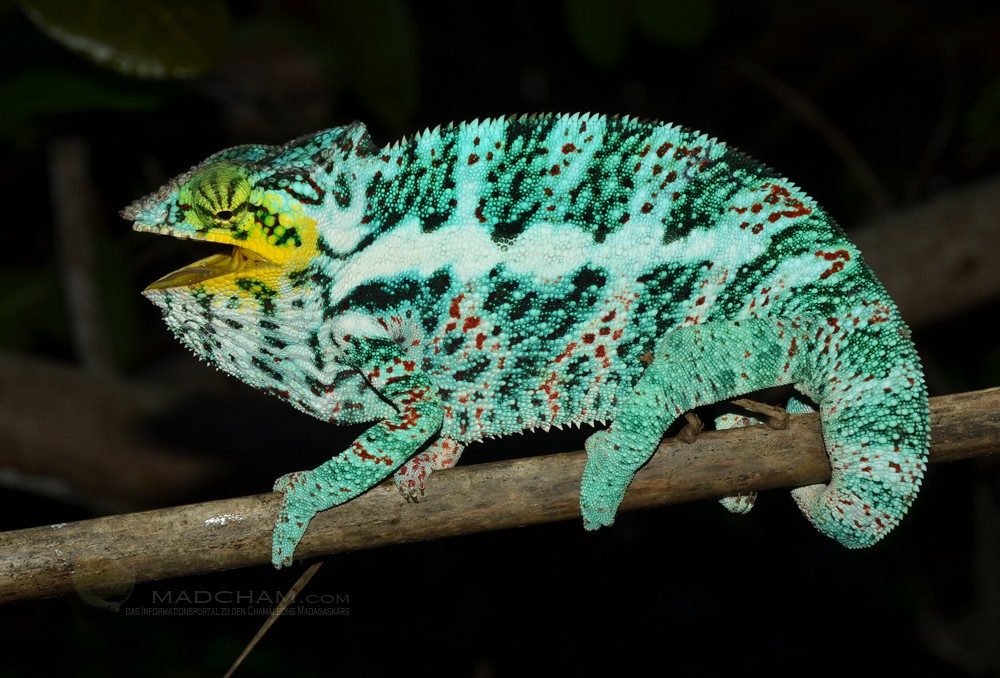 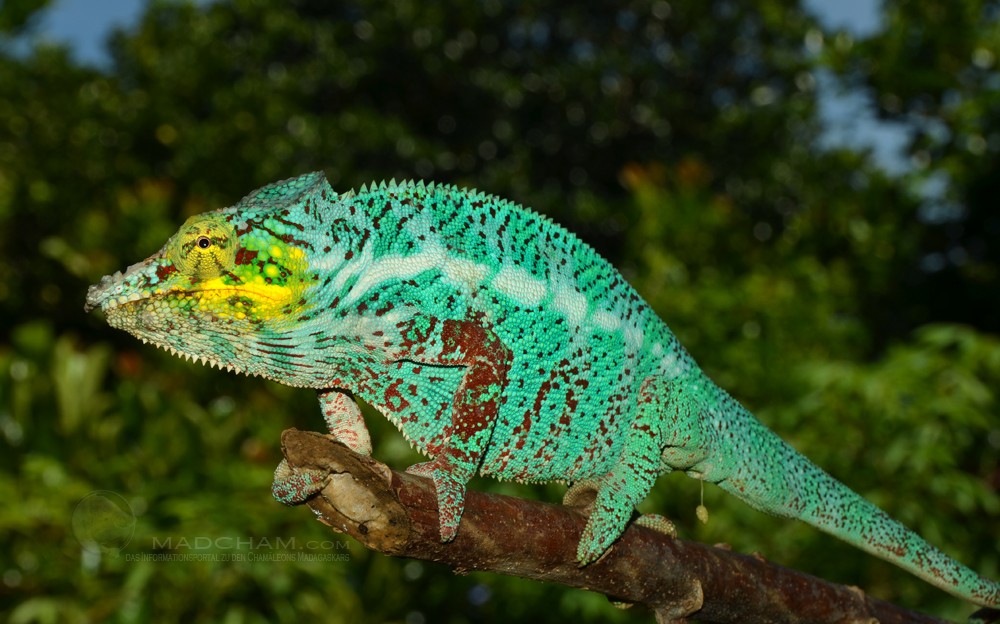 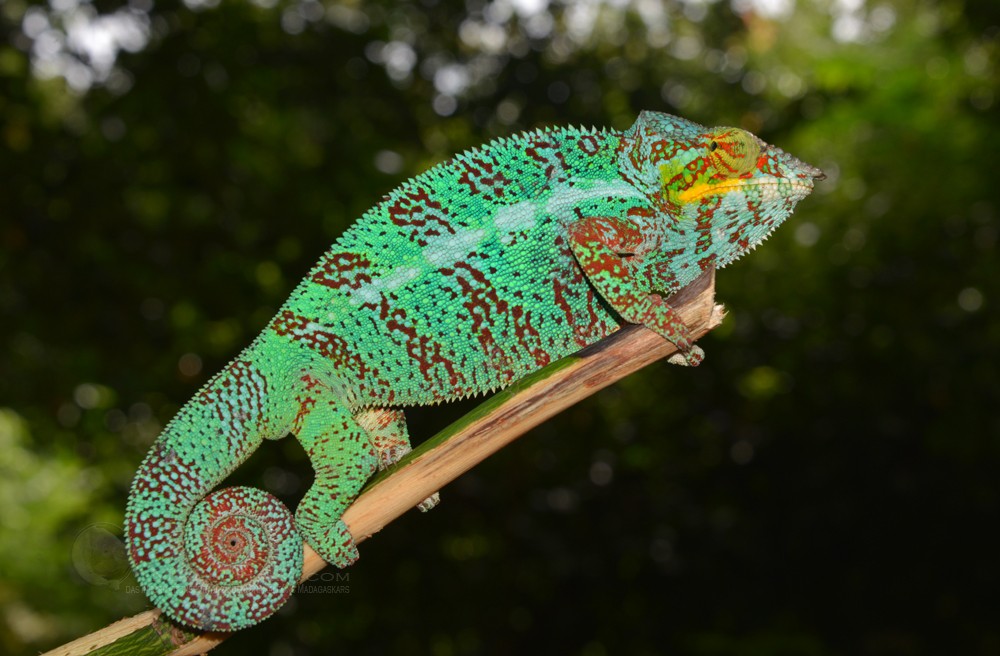 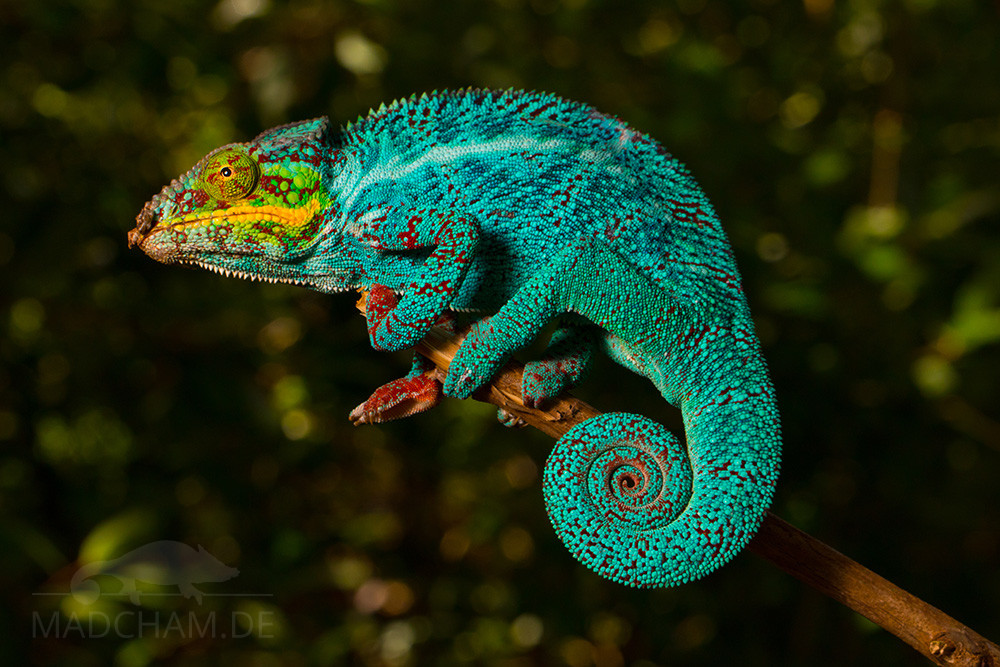 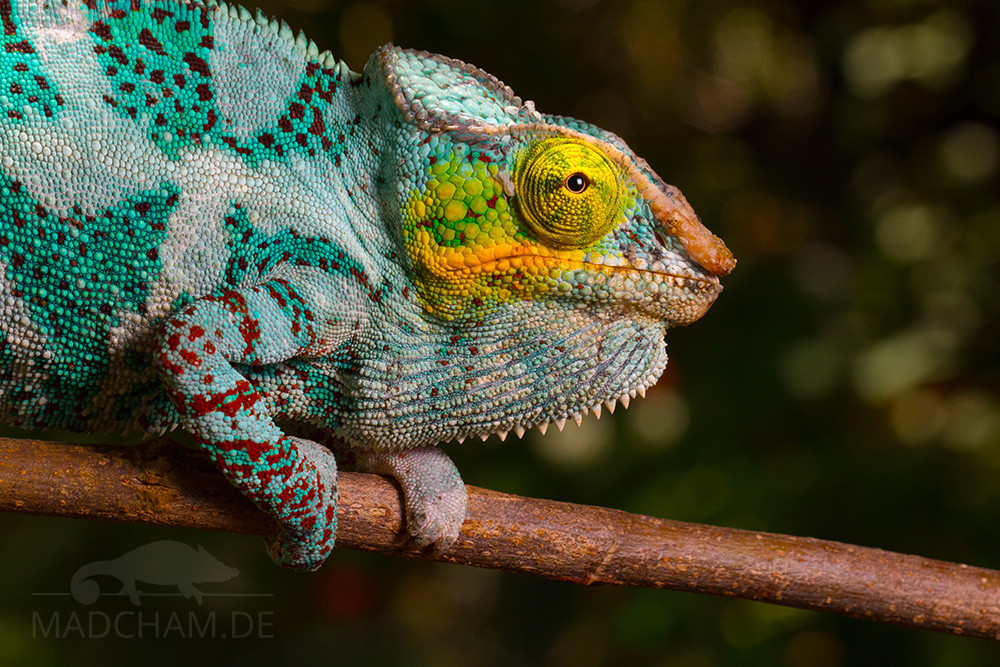 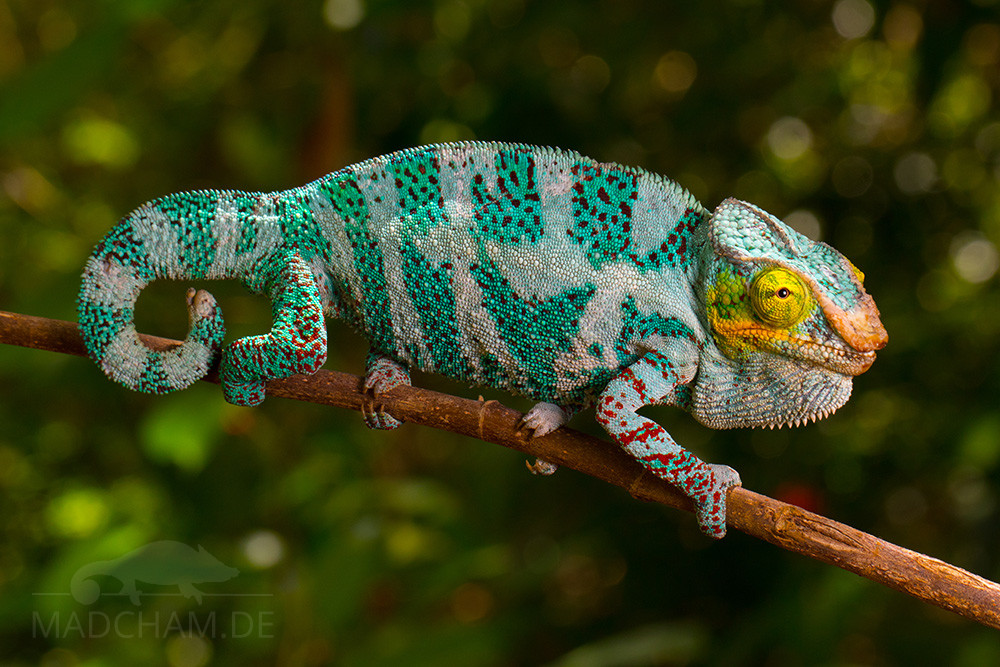 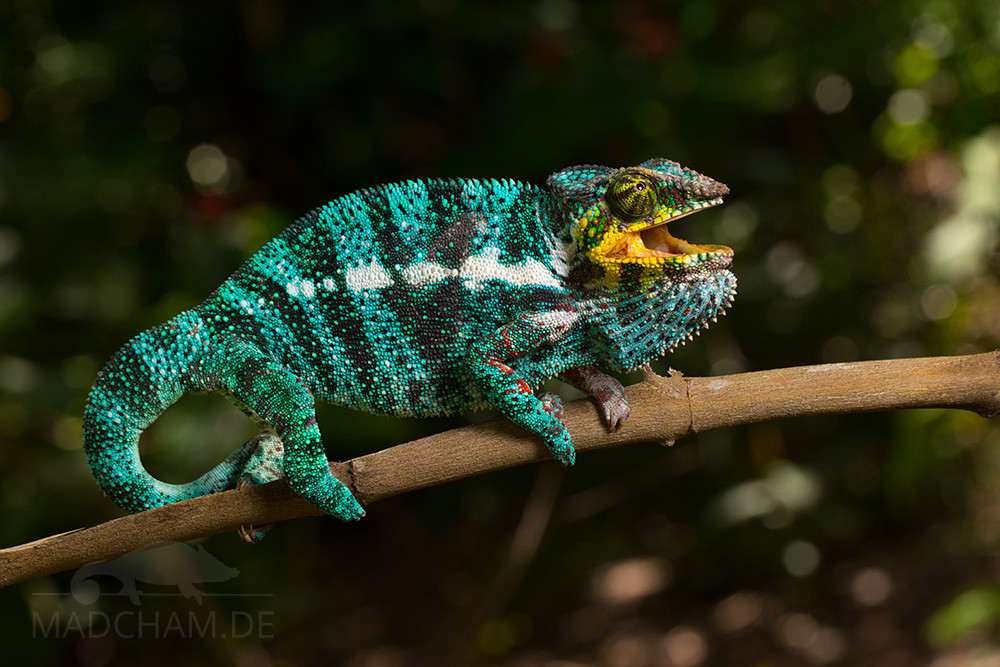 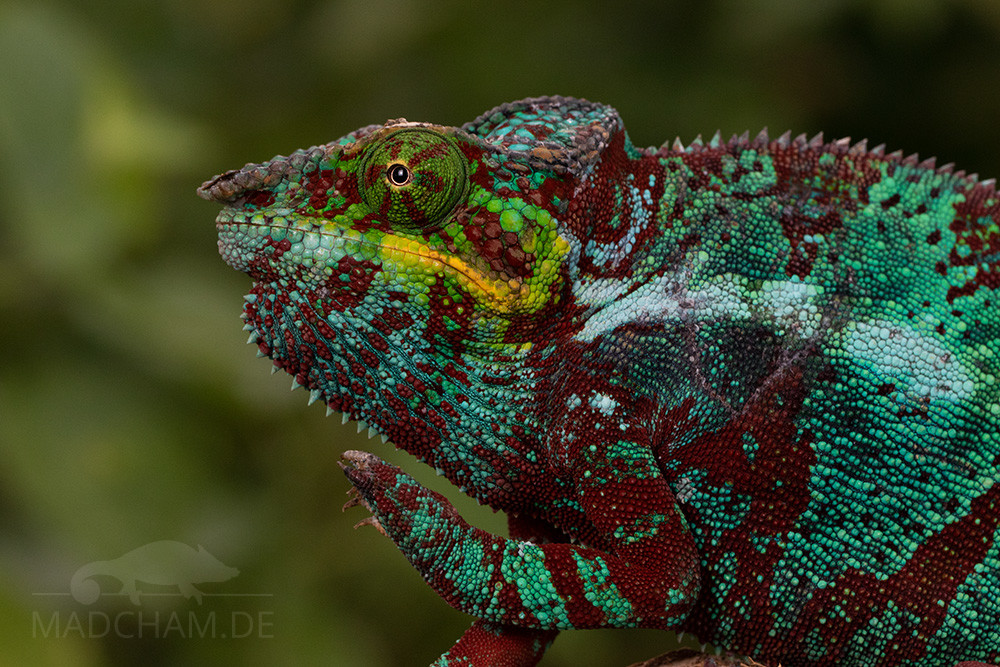 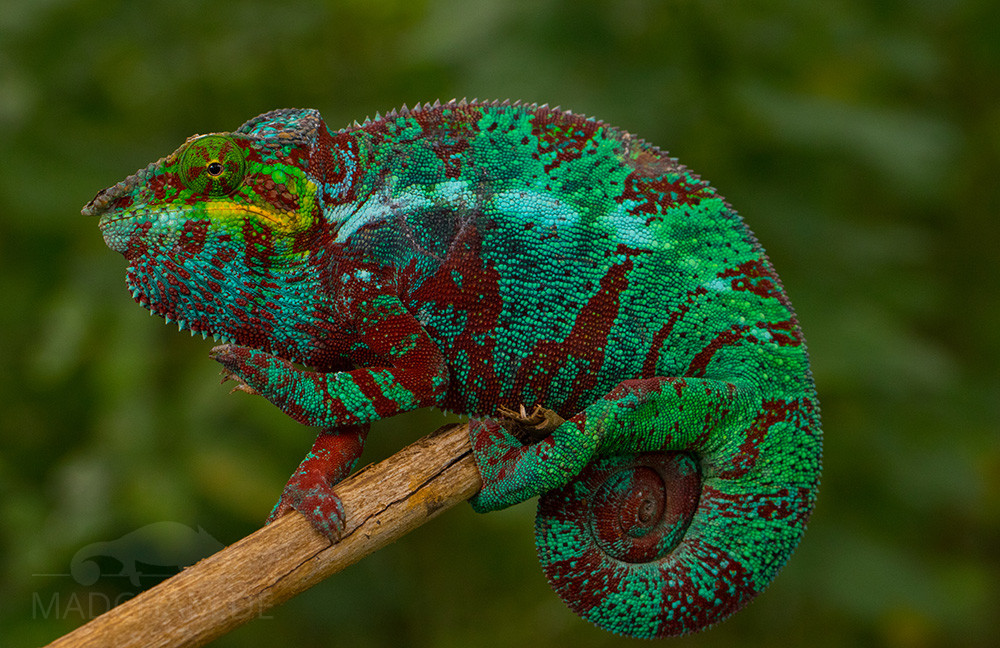 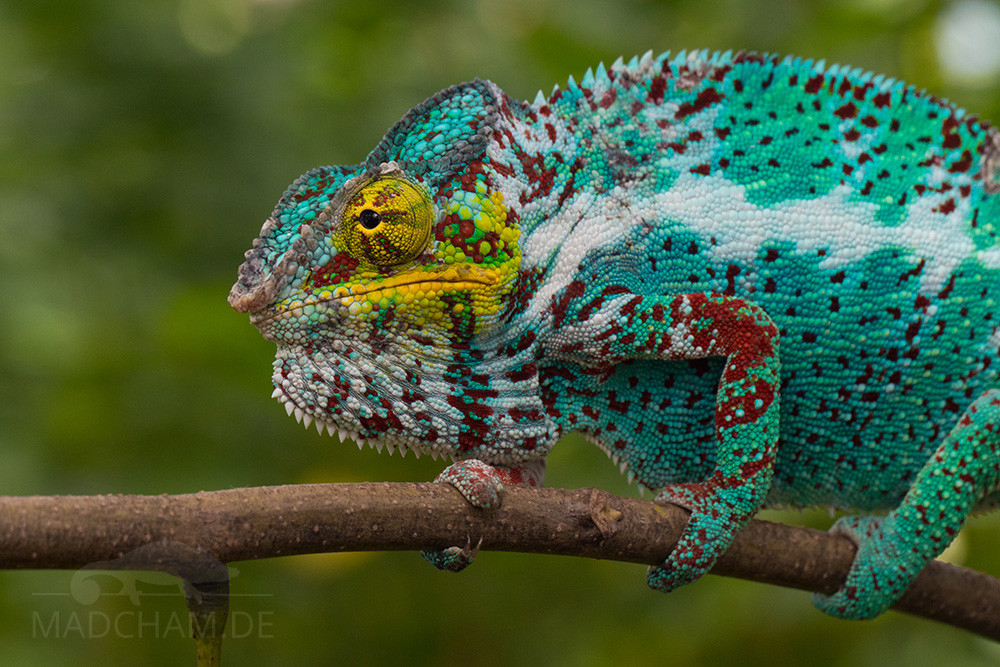 Nosy Faly (translated “happy island”) is situated in the Channel of Mozambique in northwest Madagascar. Actually, it is a peninsula of Diana region, that has contact with the onshore in one small place (it is used as 200 m broad ford). Nevertheless, the island is comfortably only reachable via the sea from Ankify or the surrounding islands. You usually arrive at the only village on the island, Mahambo. People here solely live from fishing and are extremely poor. Nosy Faly itself has small savannahs, steep beaches, much secondary vegetation, and even mangroves. Due to consistent deforestation (especially for wood) almost nothing of the original vegetation is left on the island. Touristically, the island is virtually no man’s land. Since 2015 there is only one small hotel on Nosy Faly.

The panther chameleons of Nosy Faly are well known in terraristics and belong to the most exported local forms. The males here are turquoise green or blue with red dotted bands and yellow corners of the mouth. Some males carry a lot of white under the red dots, others barely white, but a very intense red banding. The animals with a particularly high proportion of white are most frequently found in terrariums, as most people find them more attractive than the darker colored island variant – they are therefore collected preferentially for export. Nevertheless, Nosy Faly not only had and still has panther chameleons with a lot of white. Unfortunately, we have no ground temperatures for Nosy Faly available yet.

The panther chameleons here live in the remaining trees, shrubs and bushes of the island that have not yet been cleared. Actually, they use every tree that is available and are not very choosy. The soil of Nosy Faly is very sandy, but also earthy and loamy in places.

Hereinafter you can find some 360° pictures from Nosy Faly. You can move inside these pictures via mouse click in all directions. If you click on the Theta logo, a new window with an enlarged view will open. You will also have the opportunity to look at the pictures in full-screen mode. Enjoy!