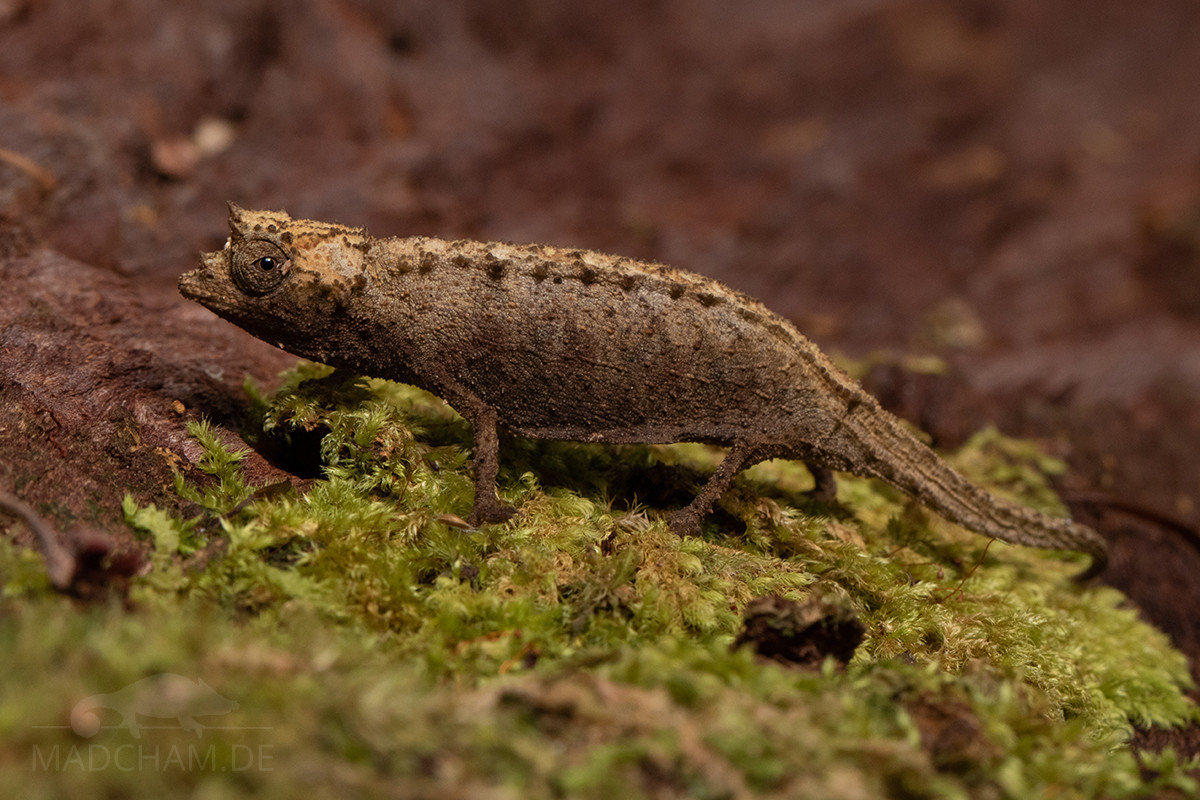 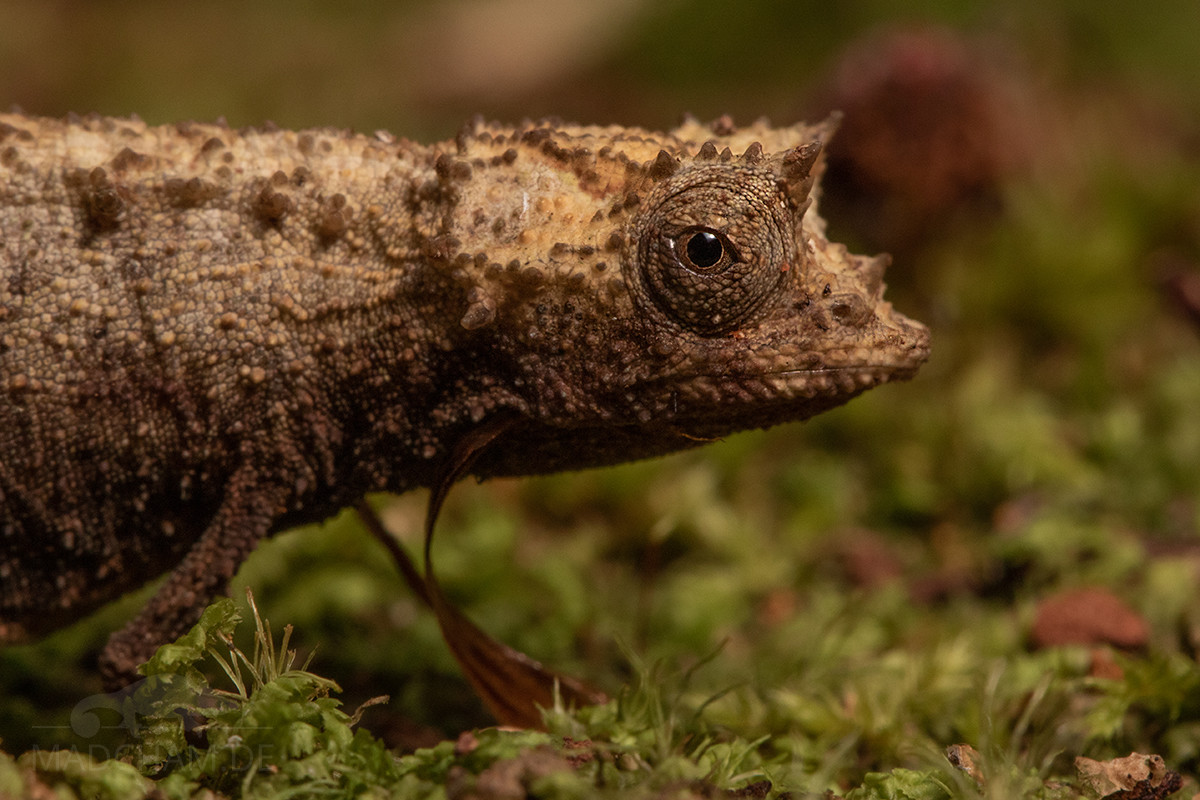 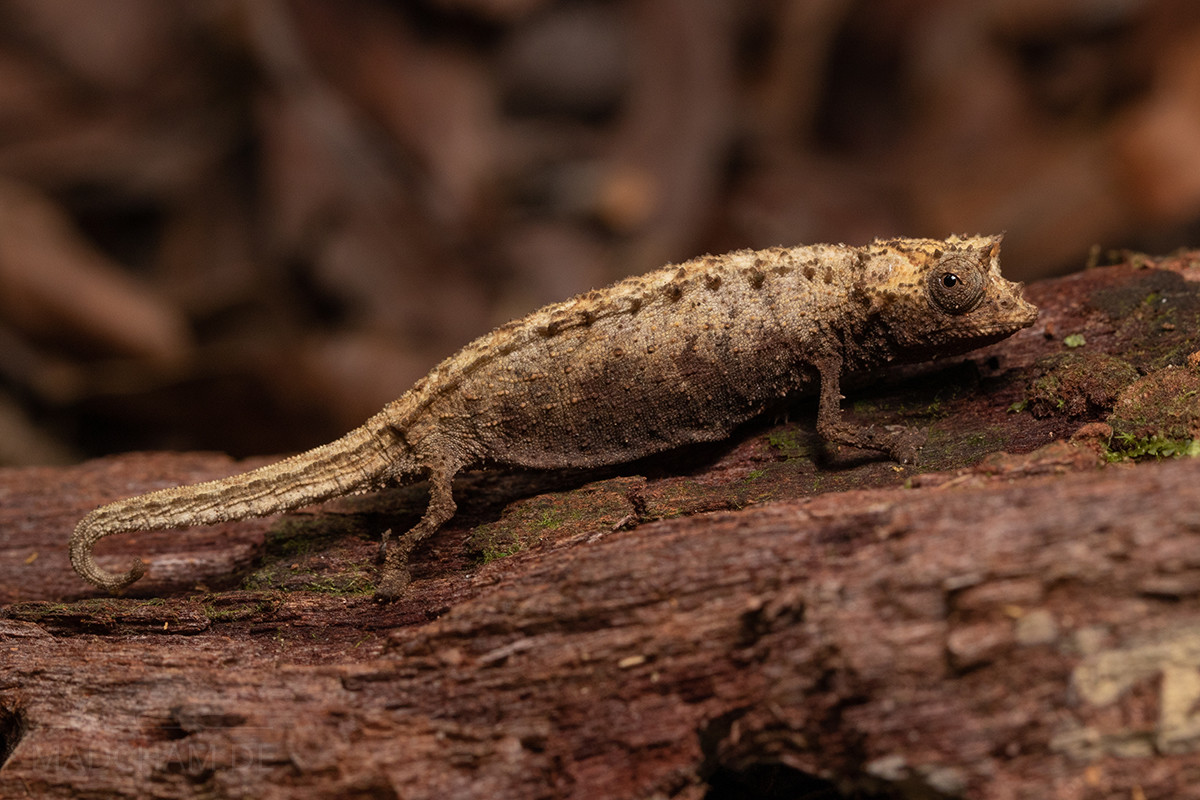 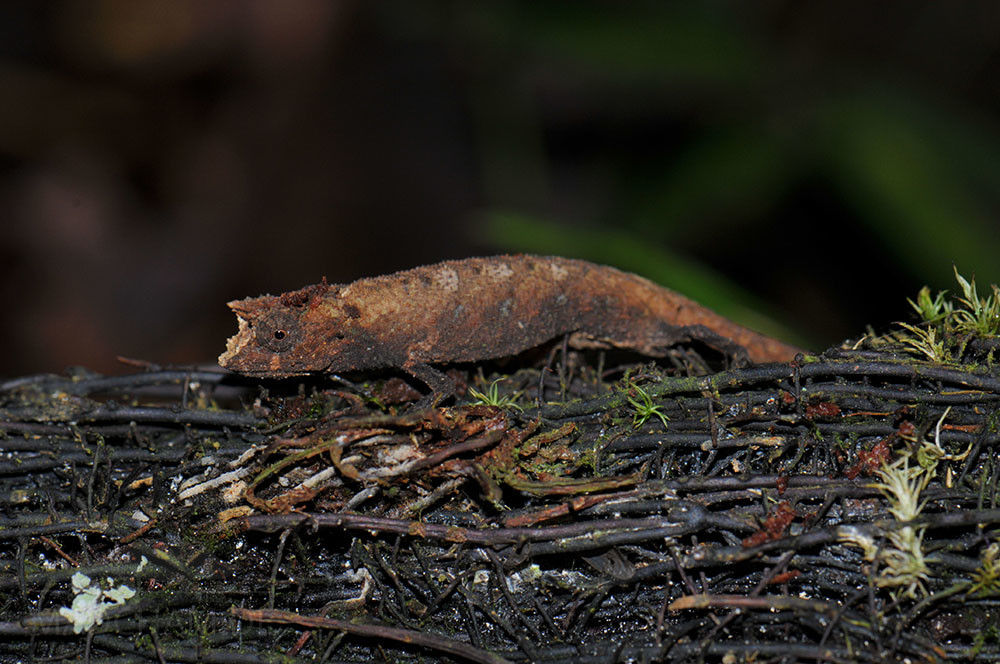 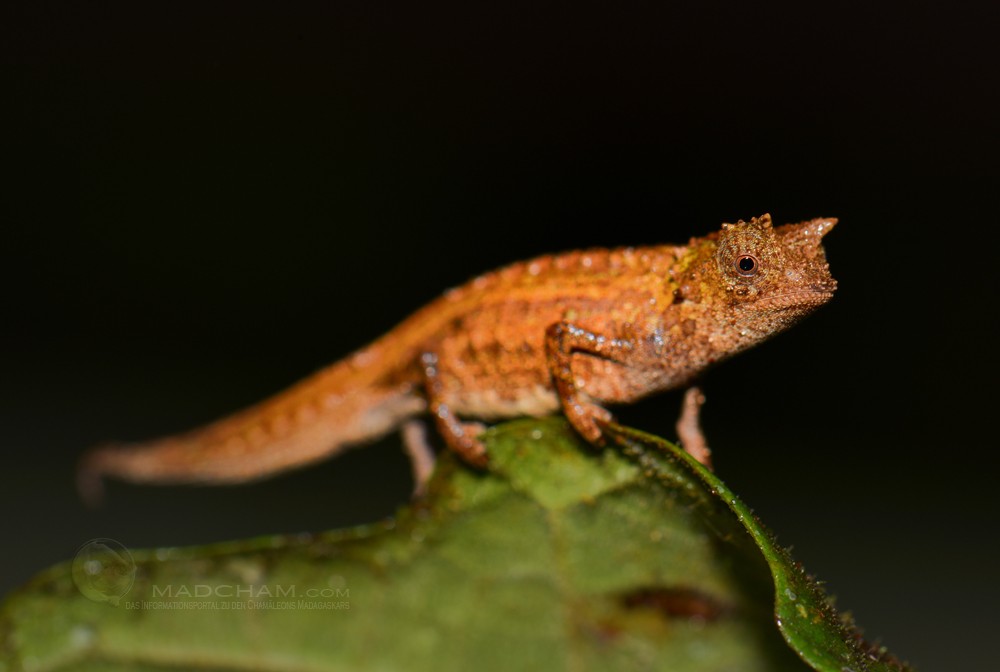 Édouard-Raoul Brygoo (later working at the Natural History Museum in Paris, France), Charles Pierre Blanc and Charles Antoine Domergue from the then Institut Pasteur in Antananarivo, Madagascar dedicated the species to their colleague Jean-Paul Karche. Karche was a French geologist and worked at the University of Antsiranana (Diego Suarez) in northern Madagascar at the time.

Brookesia karchei mainly occurs in Marojejy national park in northeast Madagascar, where it prefers a humid leaf layer between rocks and moss as habitat. We could find it several times between Camp Mantella and Camp Marojejya – which is not easy with a chameleon of this tiny size!

The dwarfs become about 50 mm long, females stay a little smaller. Along the back, each side has a row of twelve to thirteen enlarged, spiny scales that are not continued on tail (in contrast to some other very similar Brookesia species). Above noses and eyes, there is a small bony appendage, otherwise, these chameleons look rather unsuspicious. They are beige to light brown.

This species is part of the minima group, which includes the smallest chameleons of the world.

The following pictures show the habitat of Brookesia karchei between Camp Mantella and Marojejya in Marojejy. The rainforest here consists of huge tree giants and slippery, mossy, round stones in very lush undergrowth. Ferns, lianas, and moss dominate the scene. You can find these chameleons in the middle of the dense foliage and on bark pieces.