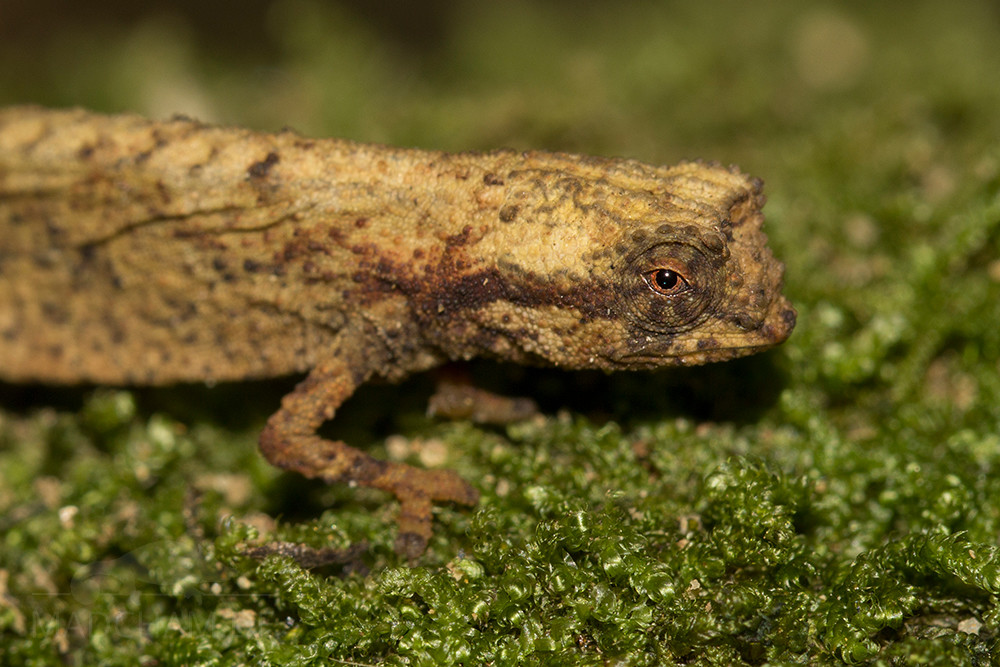 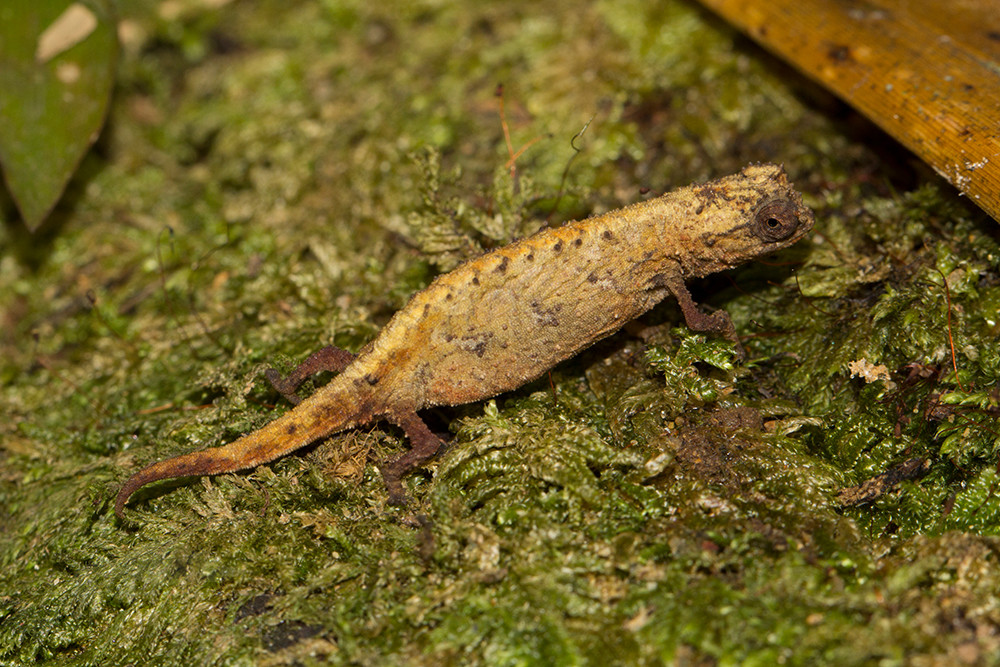 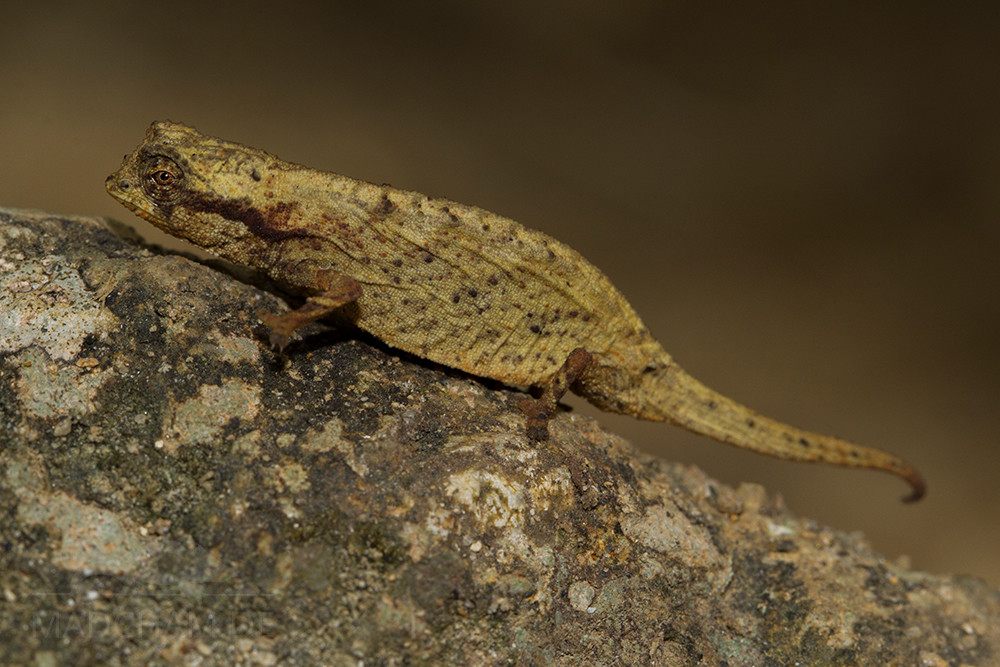 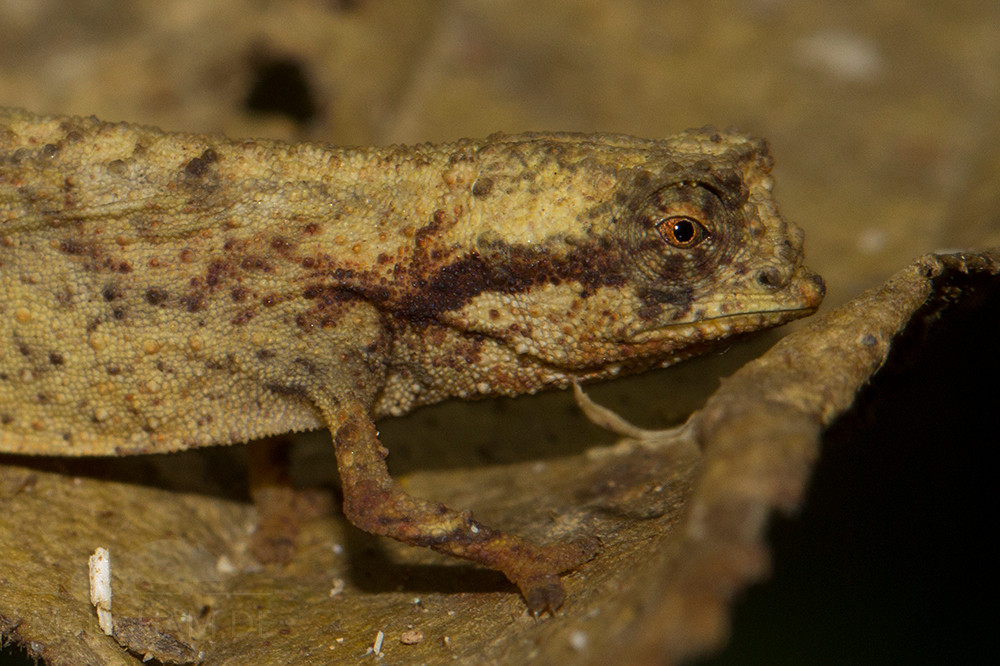 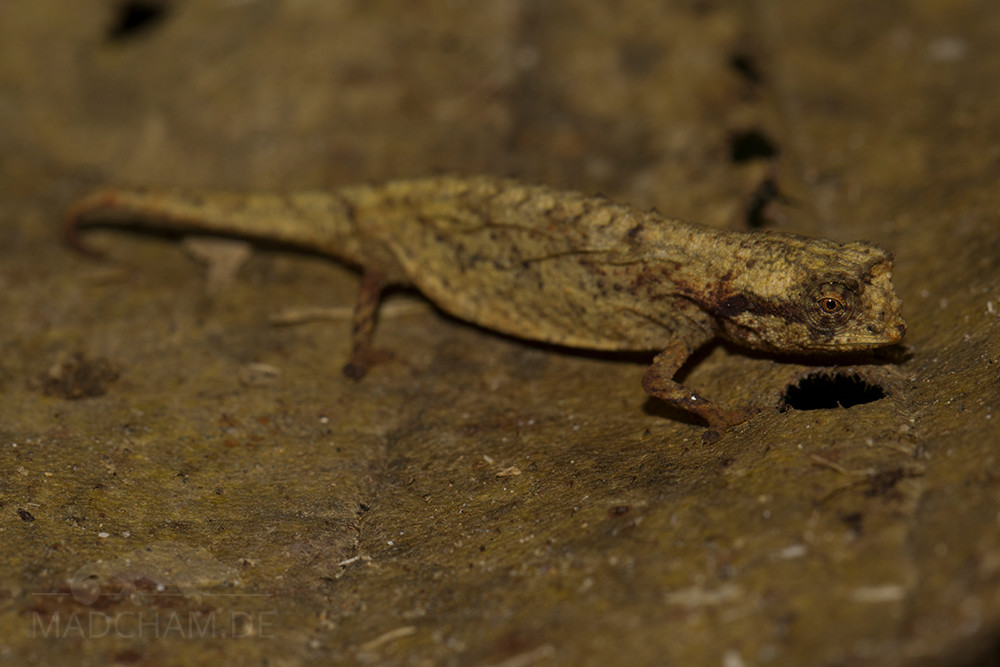 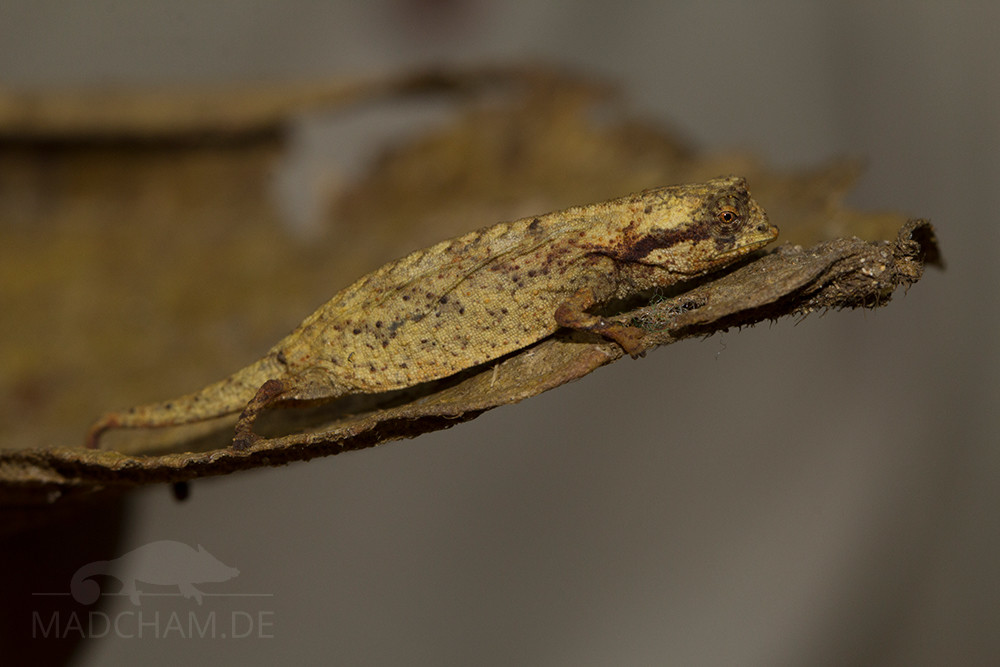 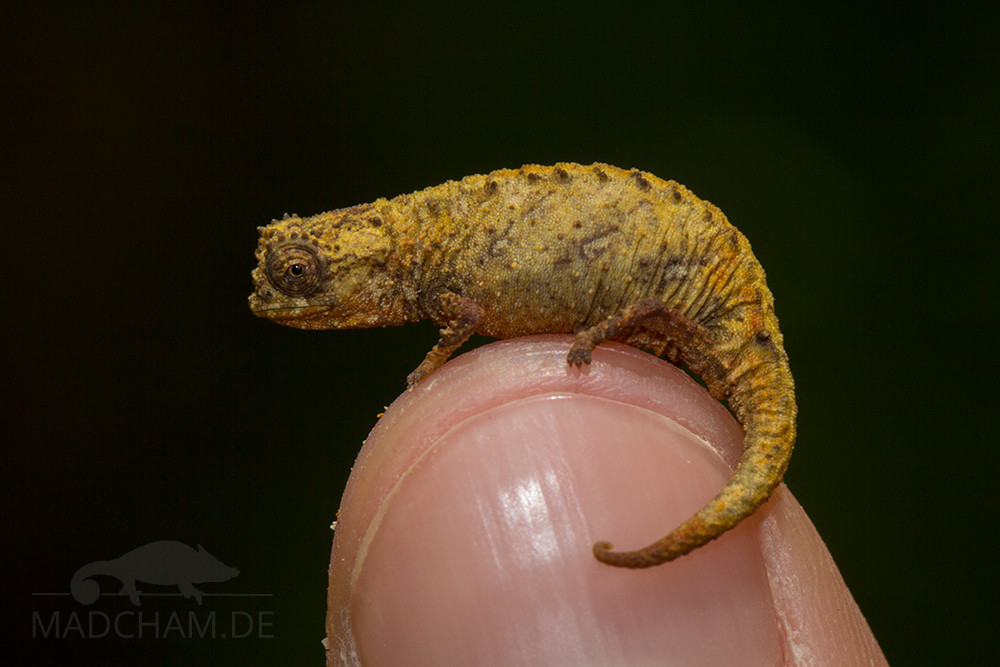 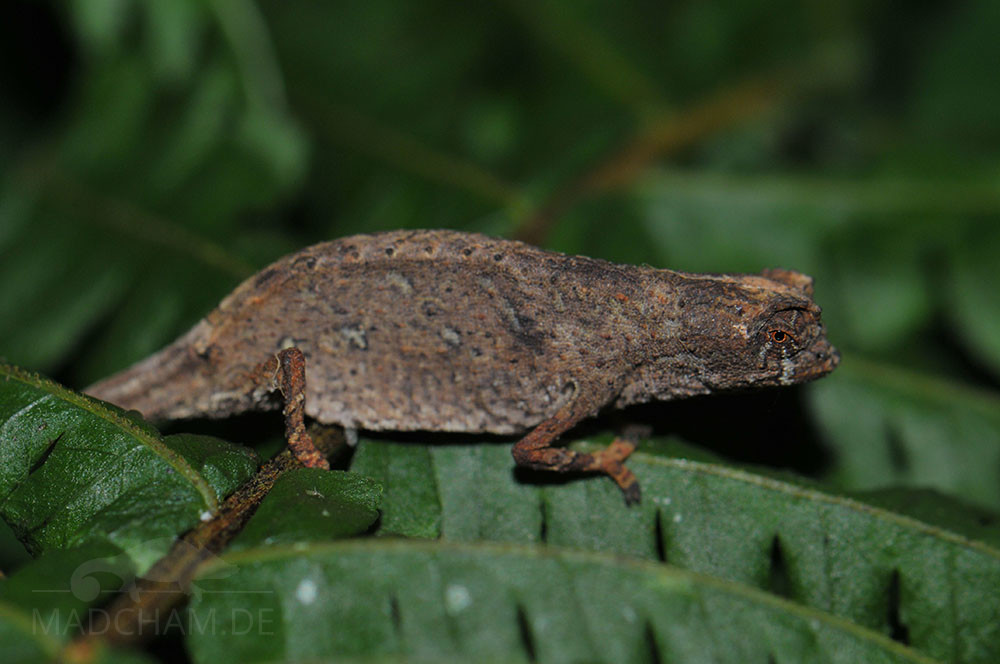 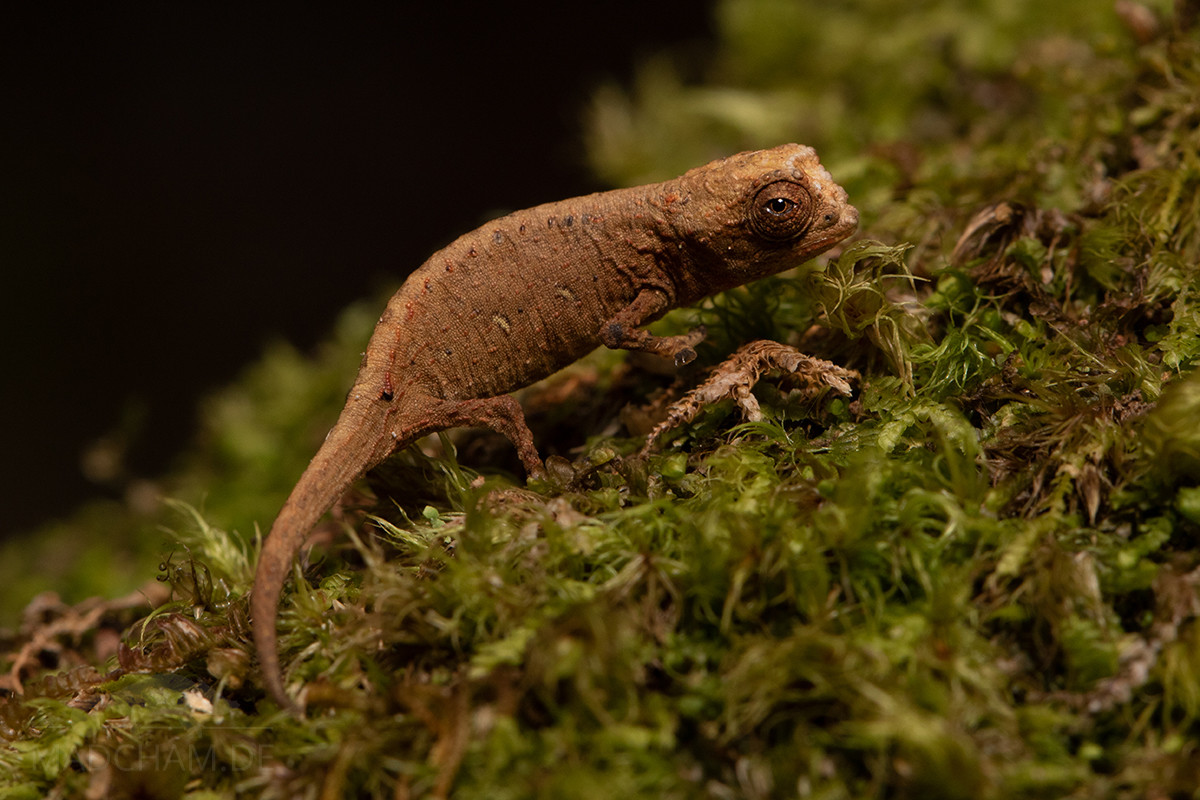 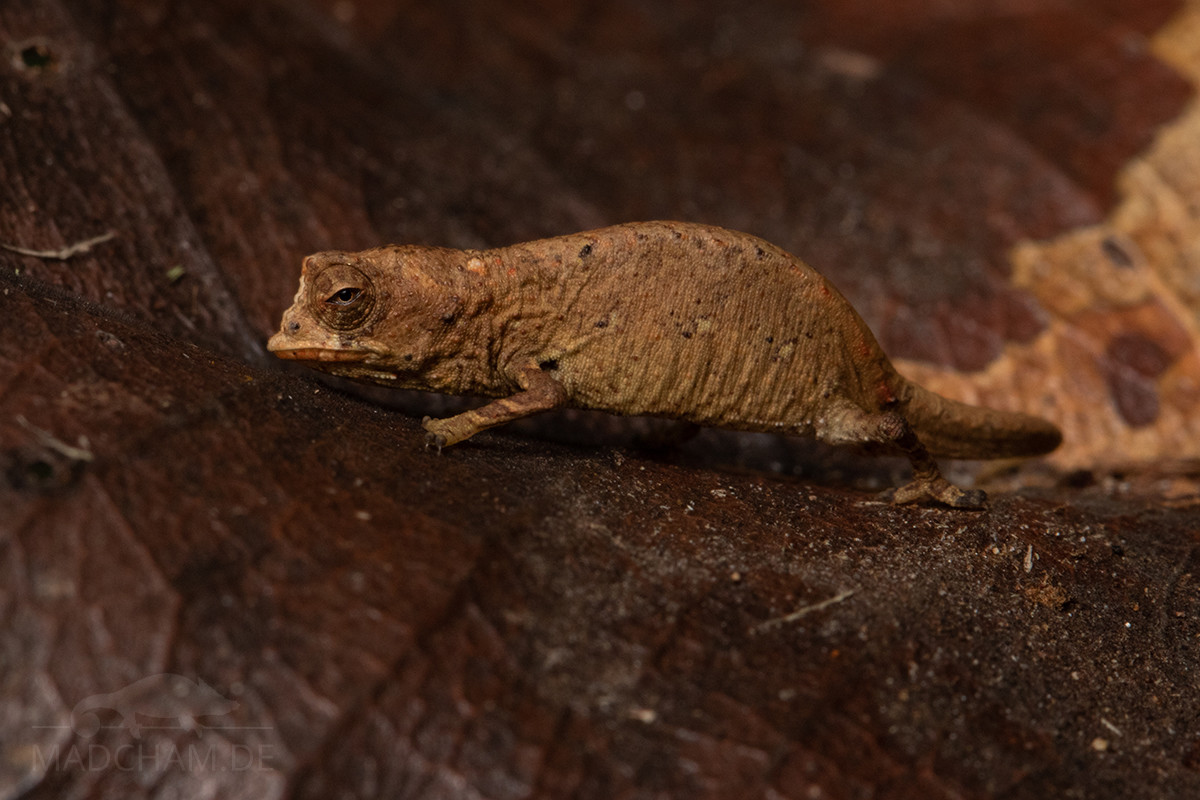 Mark D. Scherz and Frank Glaw from the State Zoological Collection Munich (Germany), Jörn Köhler from the Hessisches Landesmuseum Darmstadt (Germany), Miguel Vences from the Zoological Institute of the TU Braunschweig (Germany) and Andolalao Rakotoarison from the University of Antananarivo (Madagascar) named this species after the herpetologist Ted M. Townsend from the University of San Diego (USA). Townsend has already contributed to several scientific publications about Brookesia.

Brookesia tedi occurs sympatrically with Brookesia karchei in Marojejy national park in the northeast of Madagascar. It lives similar to its larger relative at tree roots, in foliage and near mossy stones on the ground. We were able to find Brookesia tedi between Camp Marojejya and Camp Simpona before its actual description. The animals don’t occur lower than 1200 m.

This species remains very small with a total length of just 30 mm. Along the back, the animals carry a row of eight to ten latero-vertebral spines, which do not continue on the tail. They have a characteristic pelvic spine on both sides of the hip. Brookesia tedi is very inconspicuous in color. The body can show different shades of brown and black spots on the body as well as lines behind the eye. 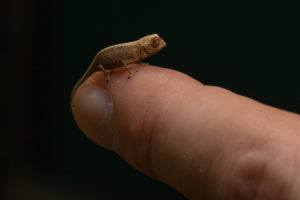 Young Brookesia tedi on a human finger in Marojejy

This species is part of the minima group, which includes the smallest chameleons of the world.

The following photos show extracts from the habitat of Brookesia tedi between Camp Marojejya and Simpona in Marojejy. The rainforest consists of giant jungle giants, slippery, mossy, round stones and very lush undergrowth. Ferns, lianas, and moss determine the picture. The chameleons can only be found with a very good search near tree roots and in dense foliage.