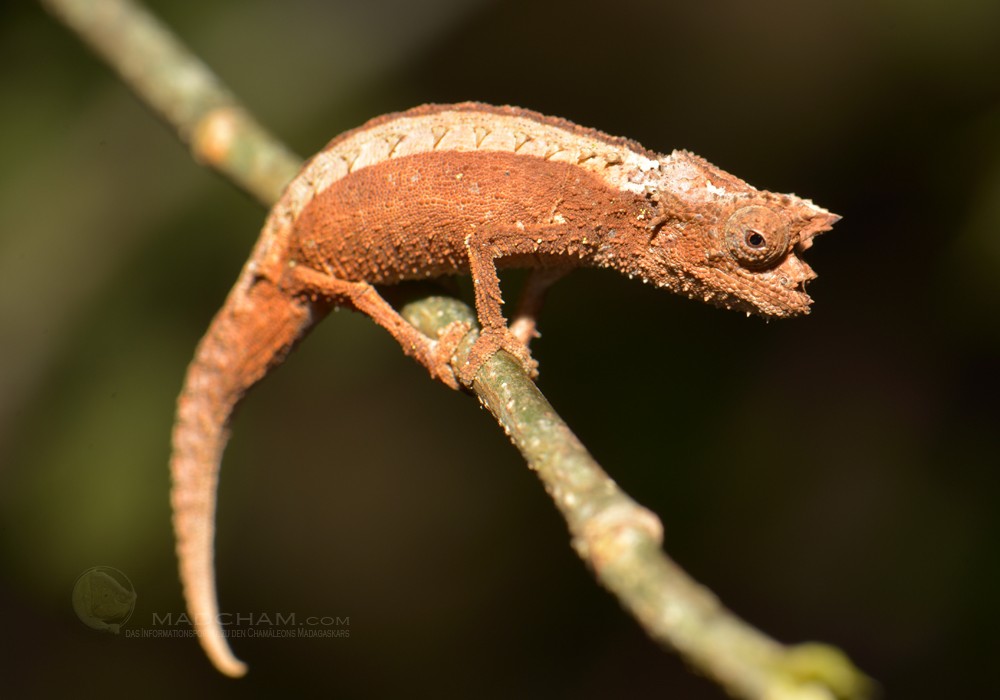 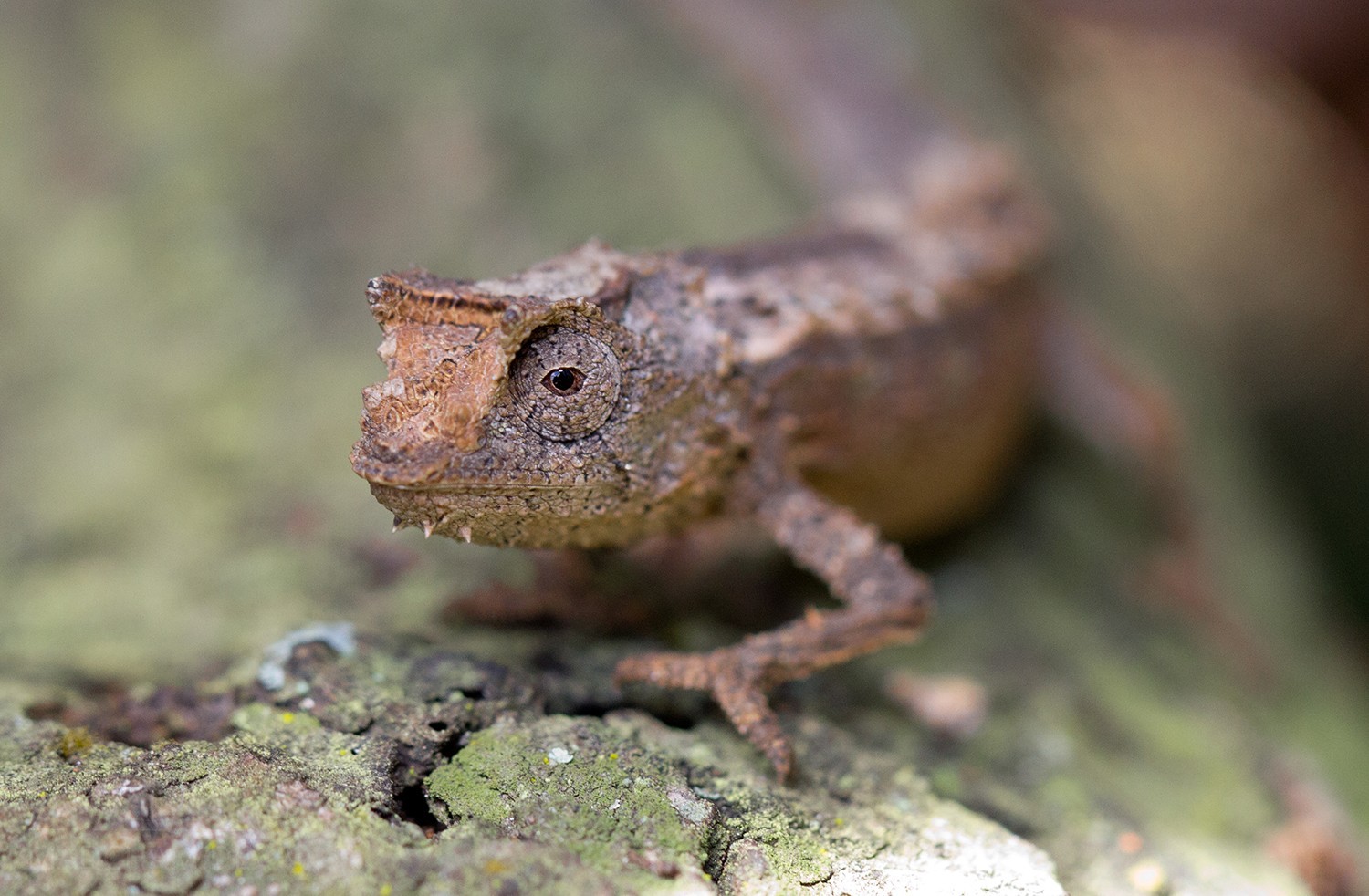 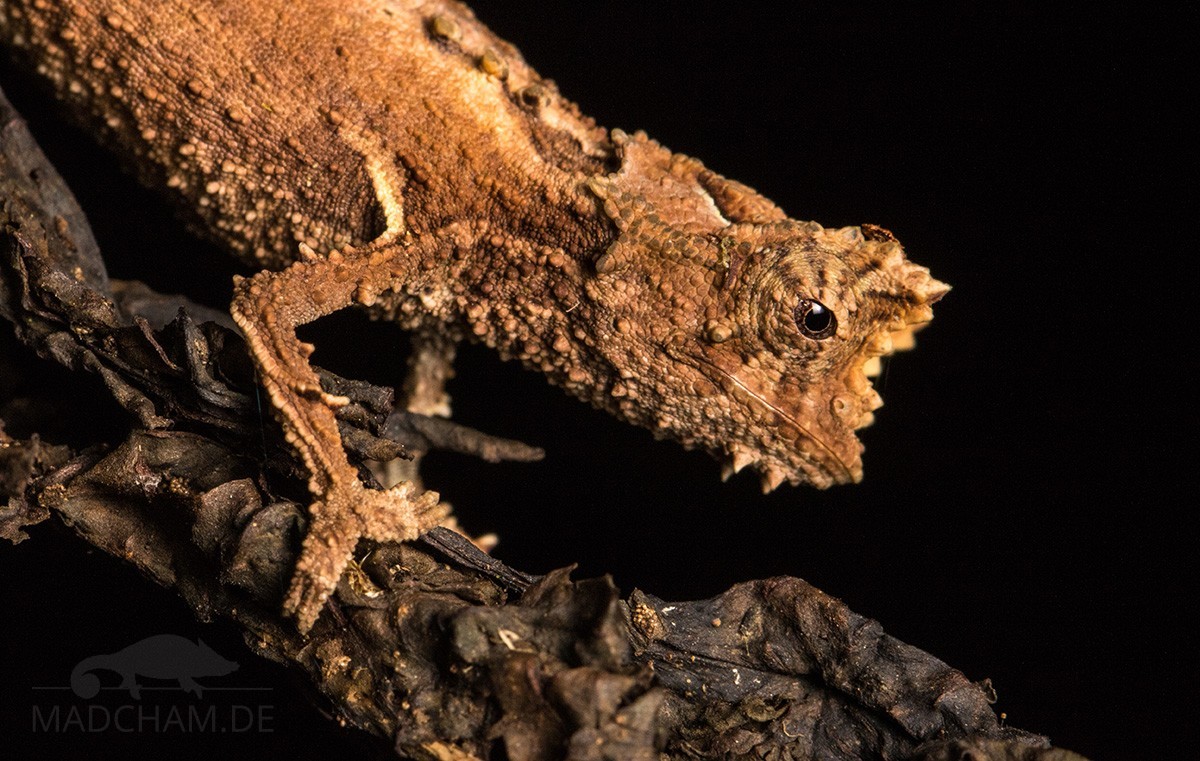 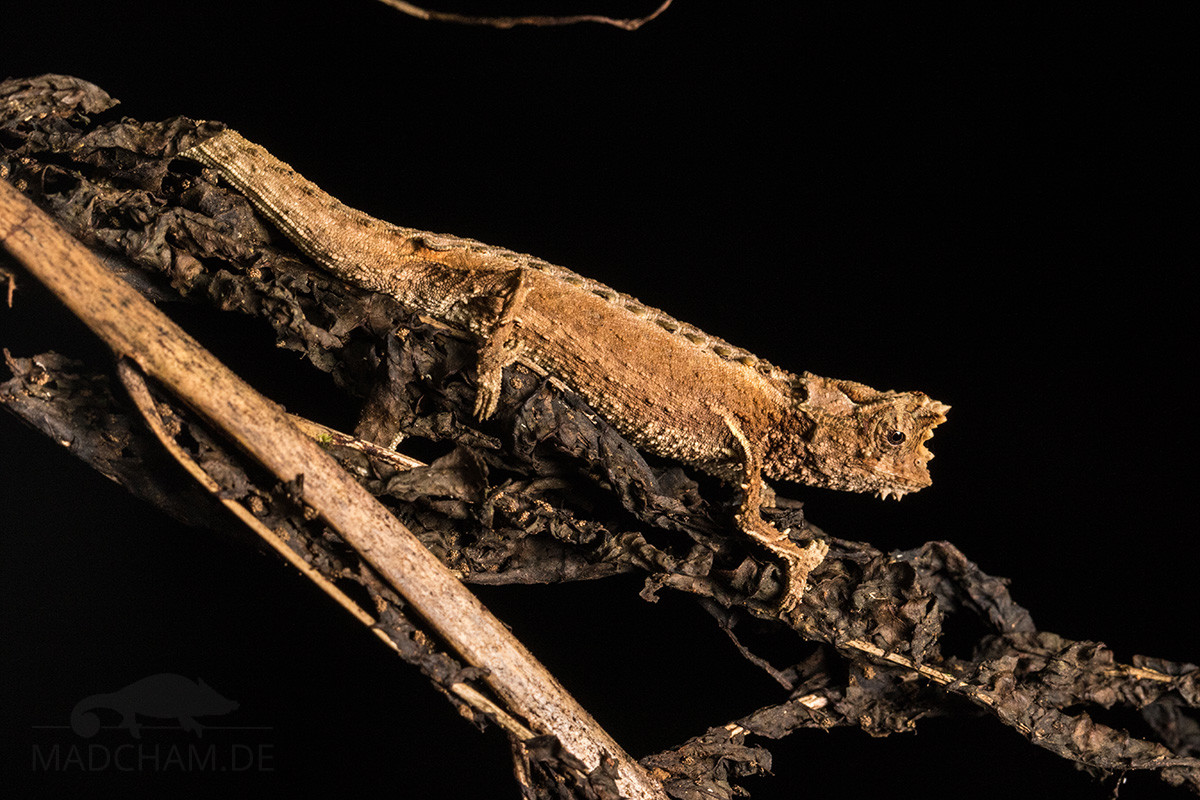 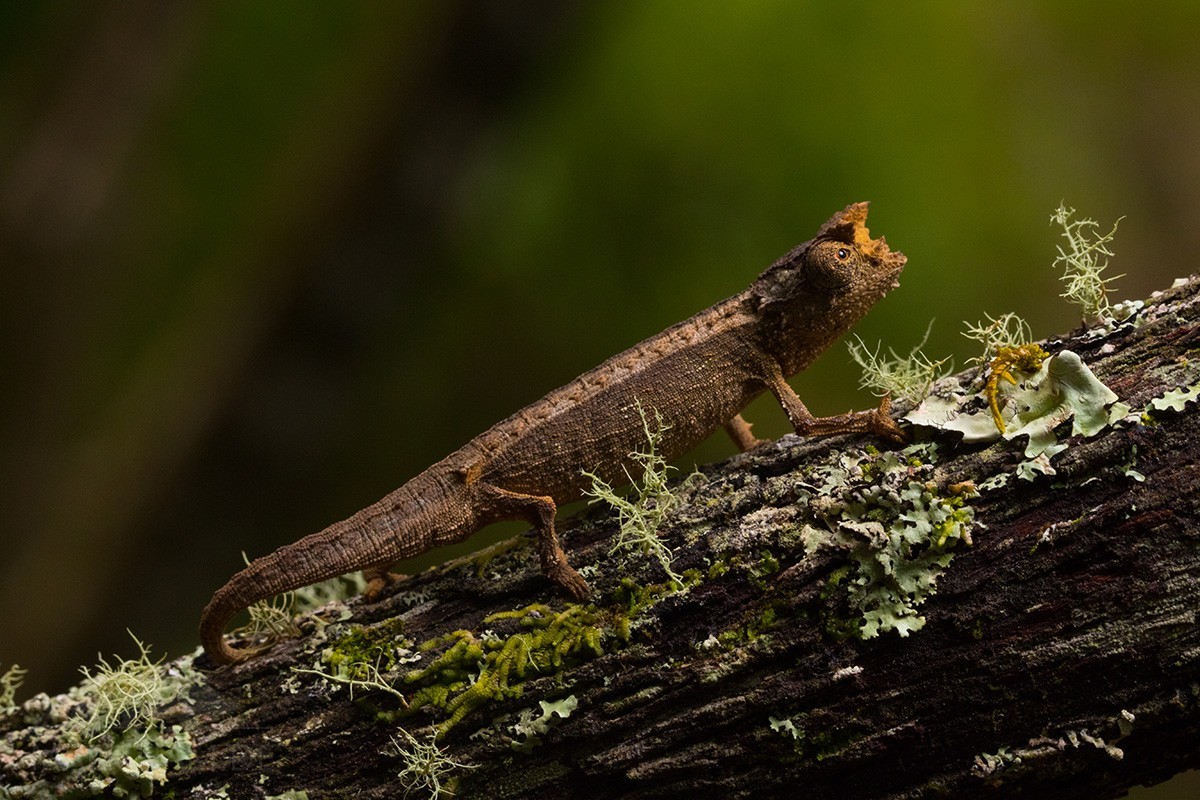 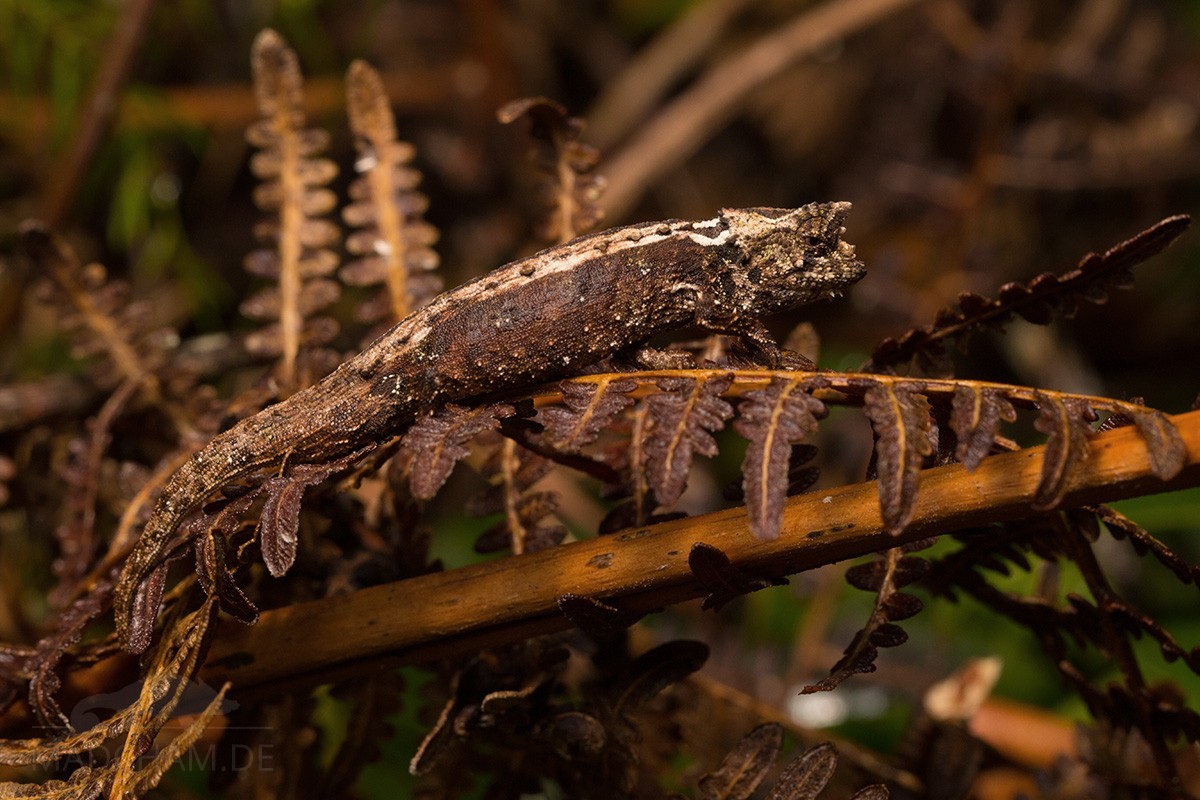 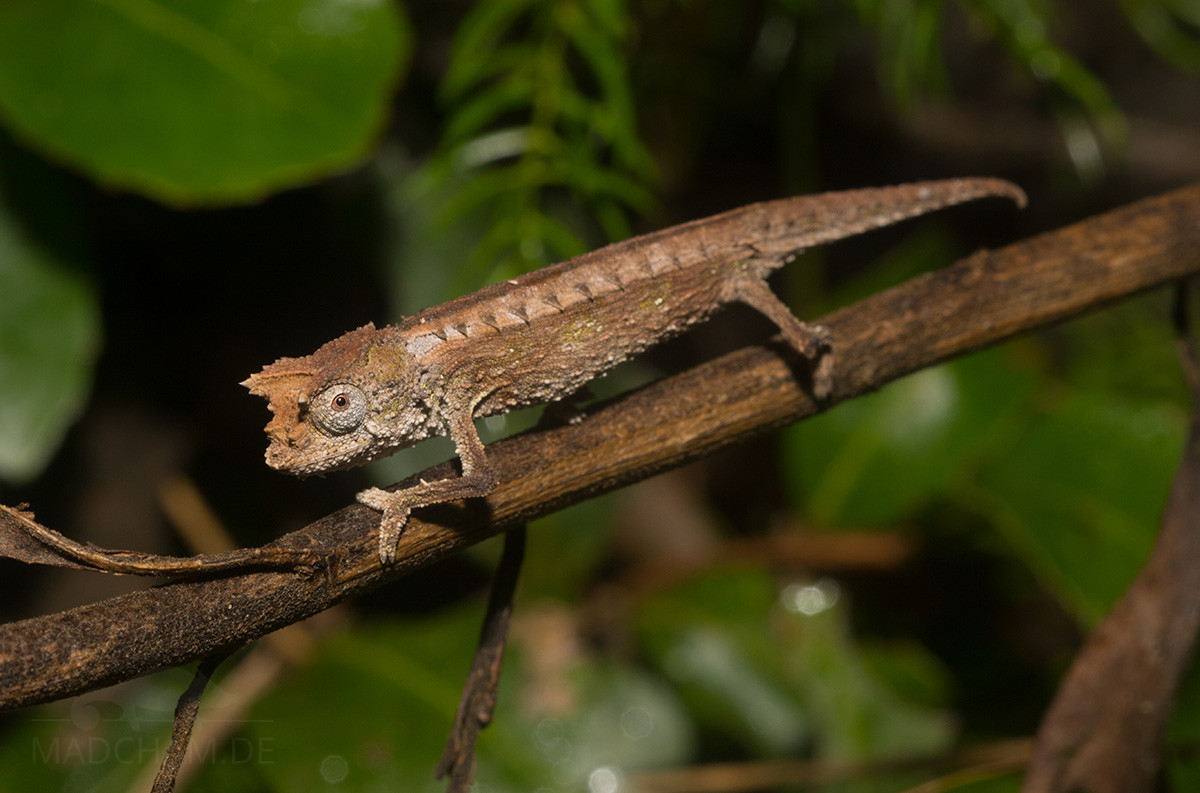 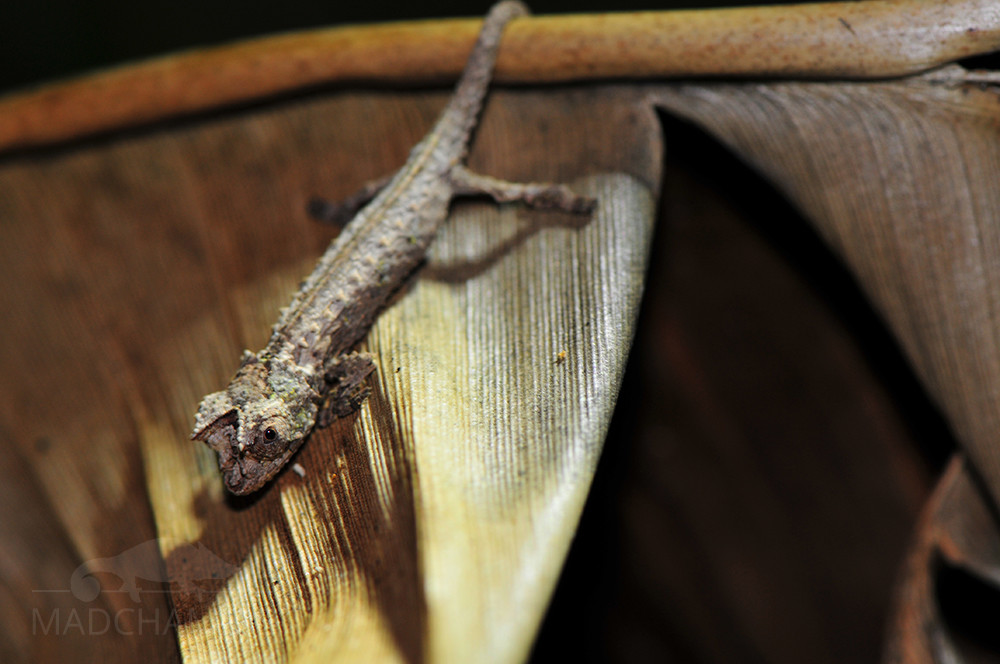 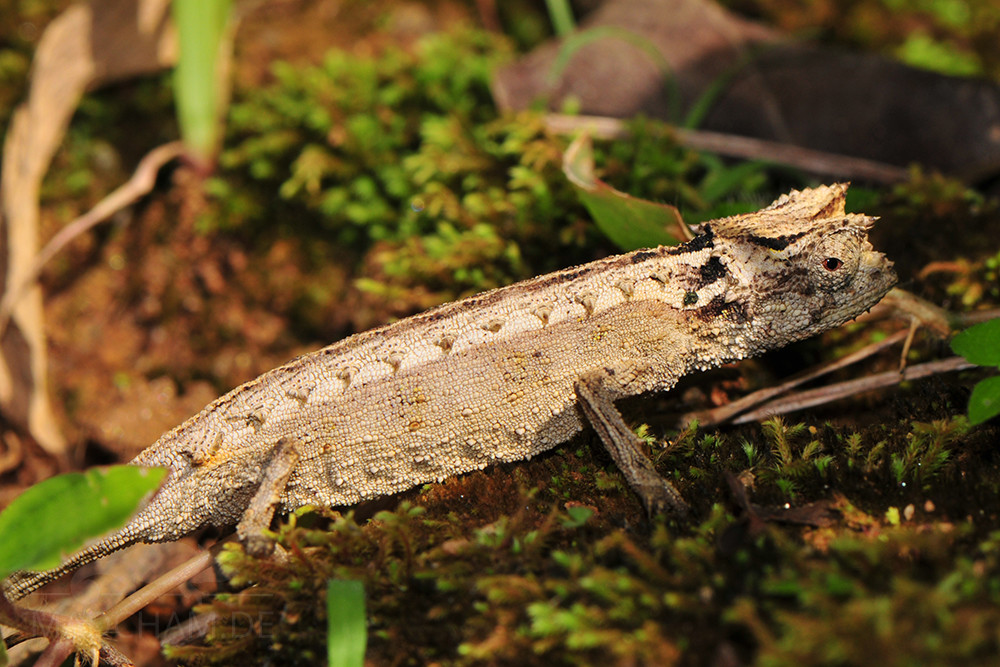 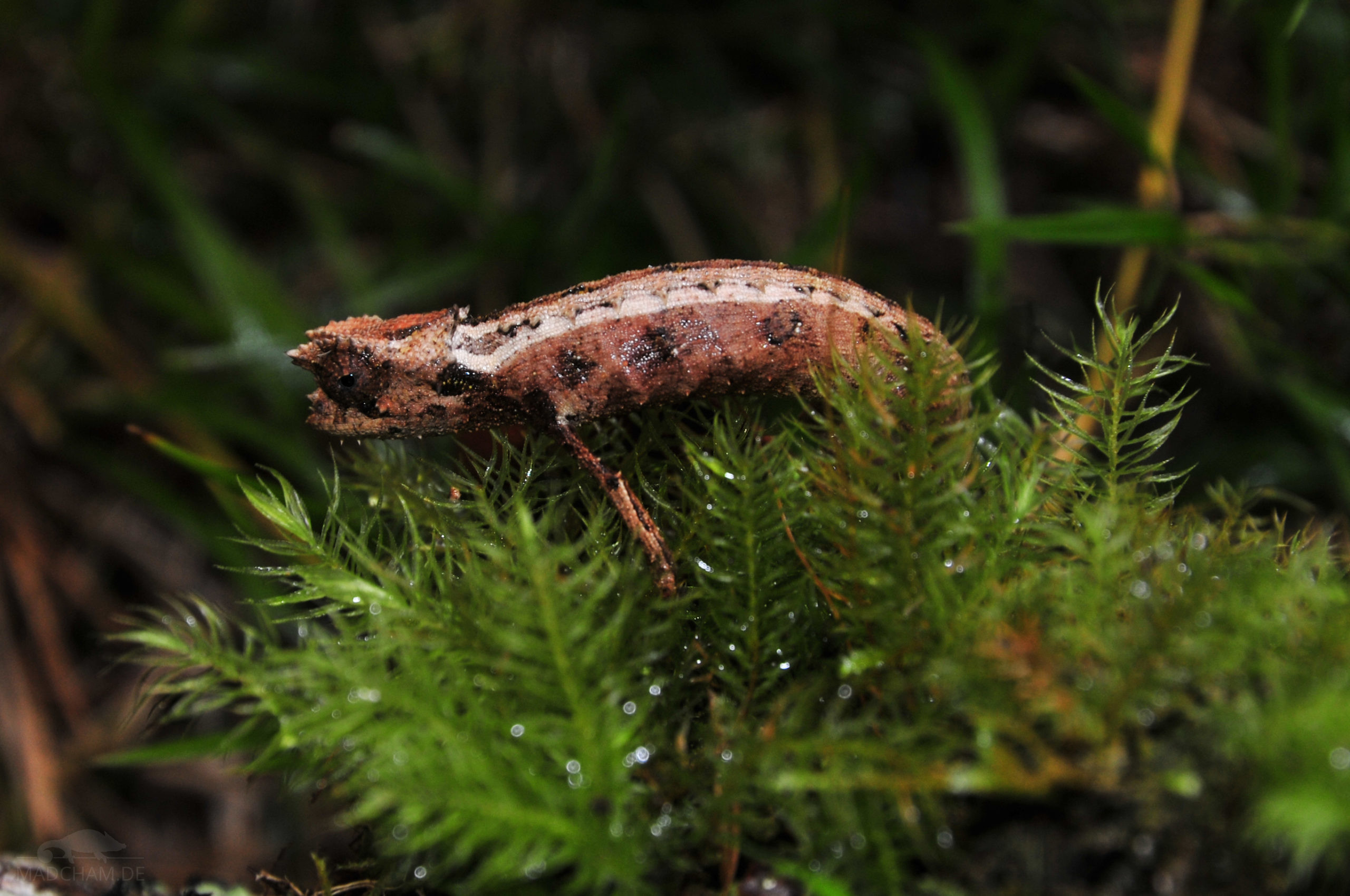 Origin of the species’ name:

Édouard-Raoul Brygoo (later working at the Natural History Museum in Paris, France) and Charles Antoine Domergue of the then Institut Pasteur in Antananarivo, Madagascar, named the species after the botanist Jean Thiel. Thiel had found most of the animals of the species in 1968 and brought them to Antananarivo.

Brookesia thieli is found in central-eastern Madagascar in the areas of Moramanga, Andasibe, Vohimana, and Anjozorobe. There is also a further population higher up in the north near Masoala. So far we have been able to find the animals in the rainforest of Andasibe-Mantadia National Park, Ranomafa National Park, and Anjozorobe.

These leaf chameleons reach a maximum size of 73 mm. At the back, a row of eleven spinous processes runs on both sides, which continues over the tail. Both sexes have tubercles at the chin. The basic color of these animals are different shades of brown, most individuals have a light-colored back and darker sides and belly. The projection above the nose is well developed.

The following photos show extracts from the habitat of Brookesia thieli in Andasibe and finding sites in Anjozorobe. The species hides well in the undergrowth, which consists of many small plants, loose branches, and few fallen tree trunks. The animals live on the thick layer of leaves and on very low branches and branches of bushes. In Anjozorobe, Brookesia thieli lives mainly in microhabitats heavily overgrown with ferns.

Here are some 360° pictures from Anjozorobe-Angavo. With the mouse, you can rotate in all directions. If you click on the Theta logo, the pictures open in an enlarged view in a separate window. There is also the possibility to execute the images in full-screen mode. Have fun watching it!