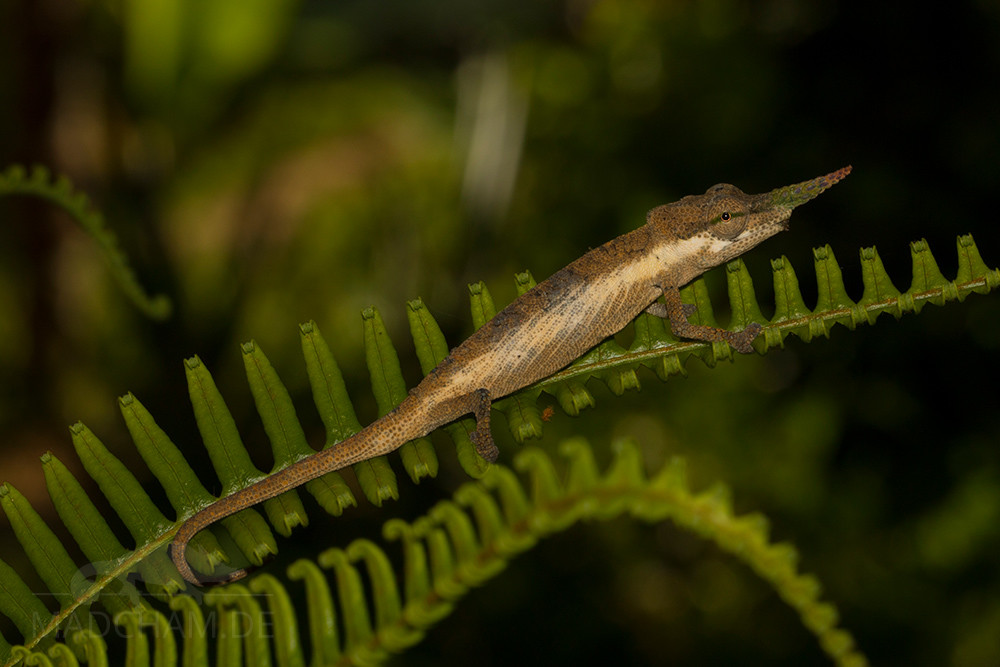 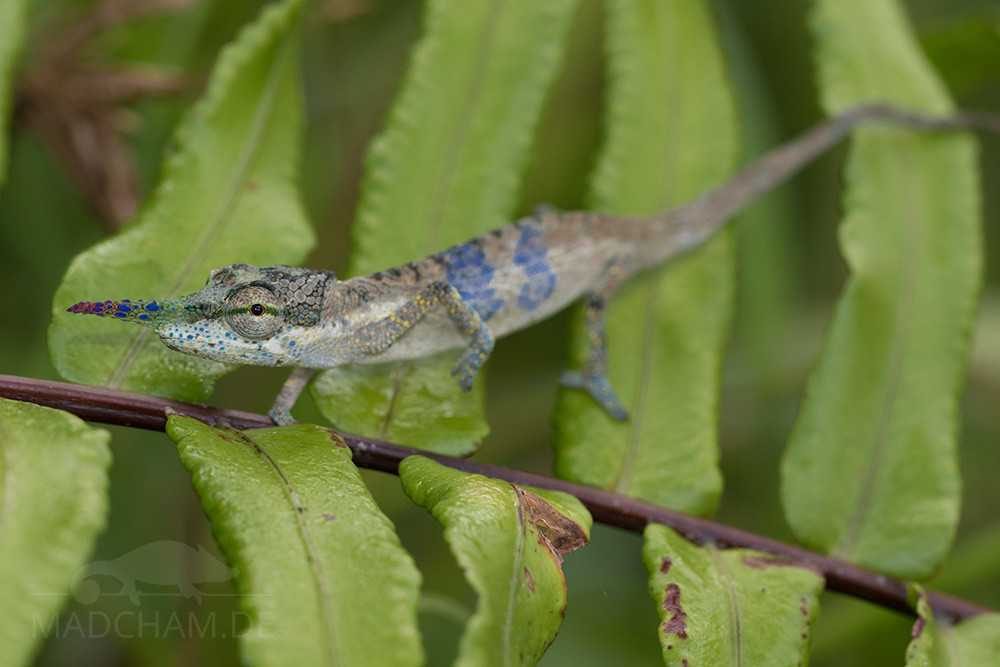 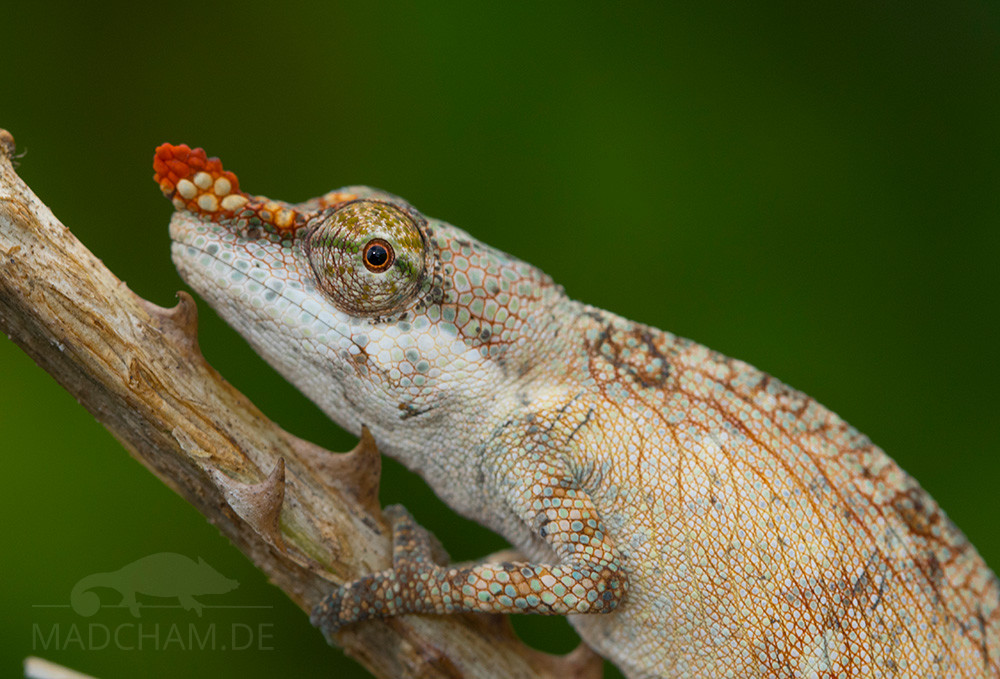 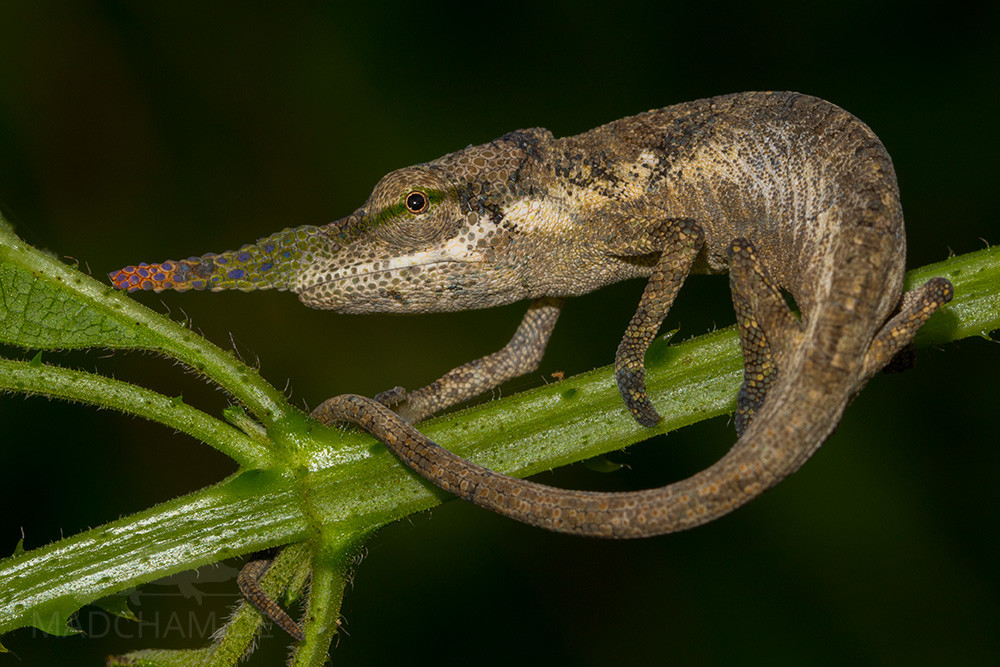 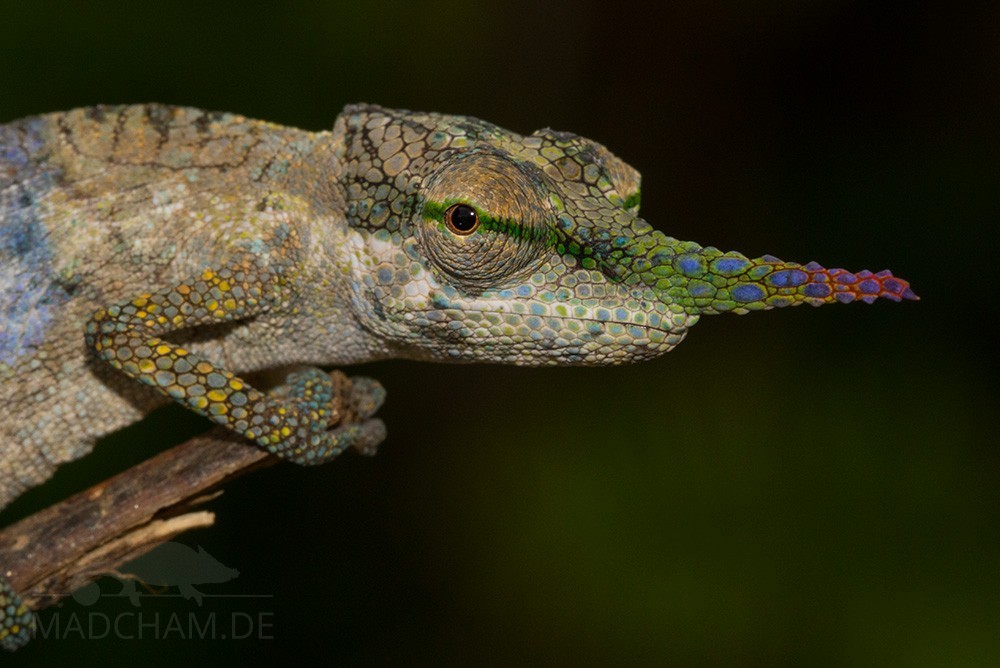 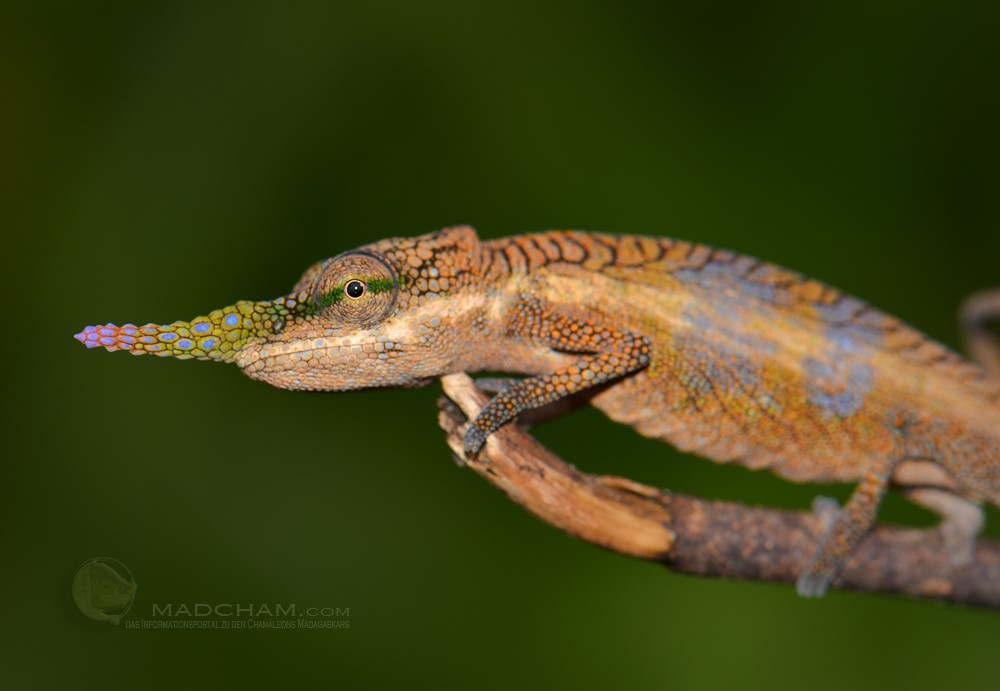 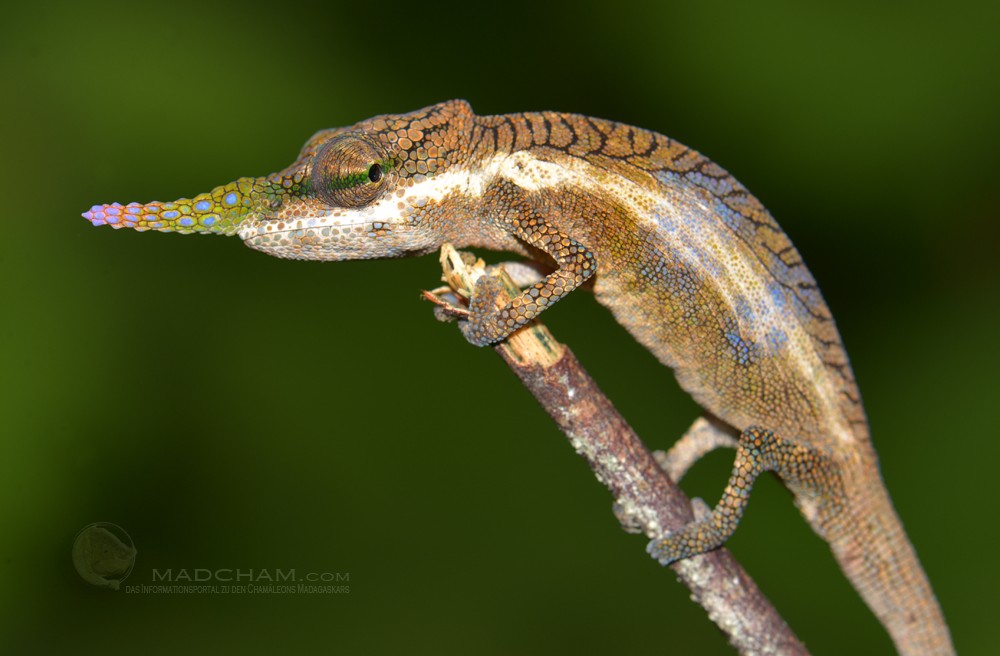 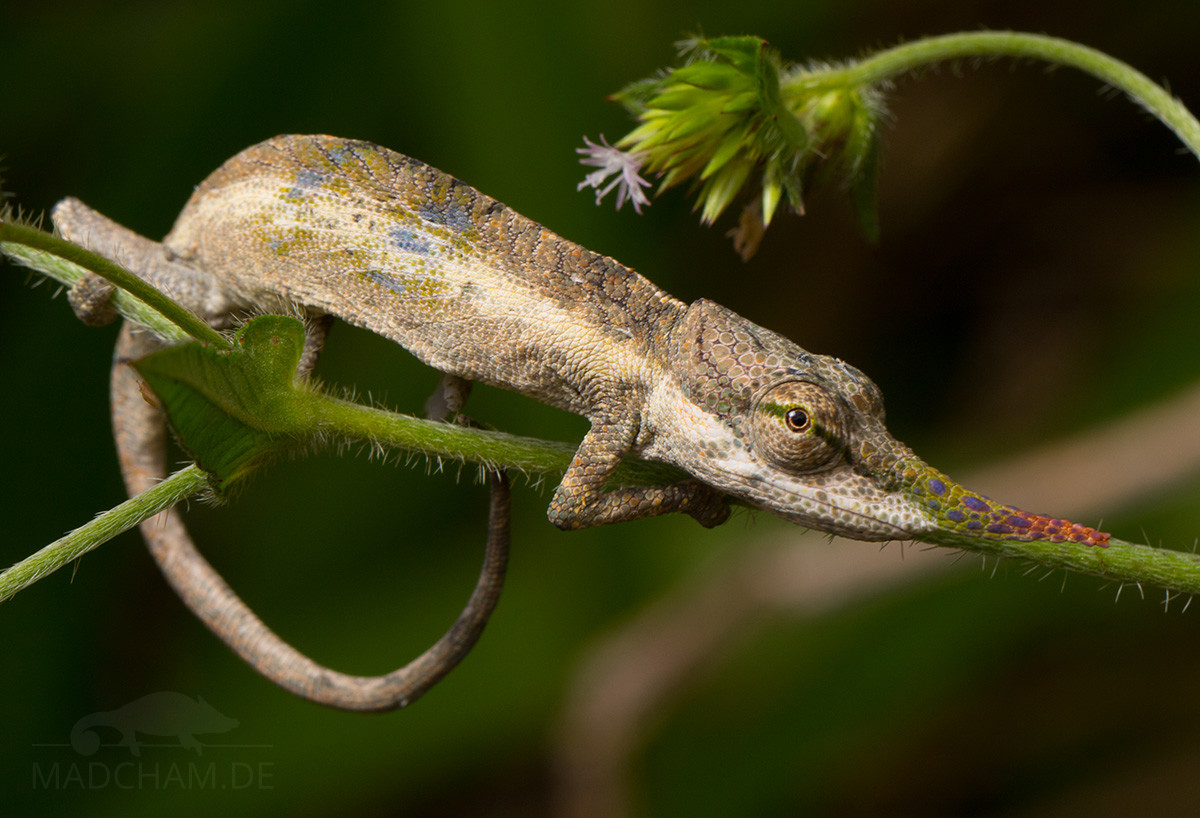 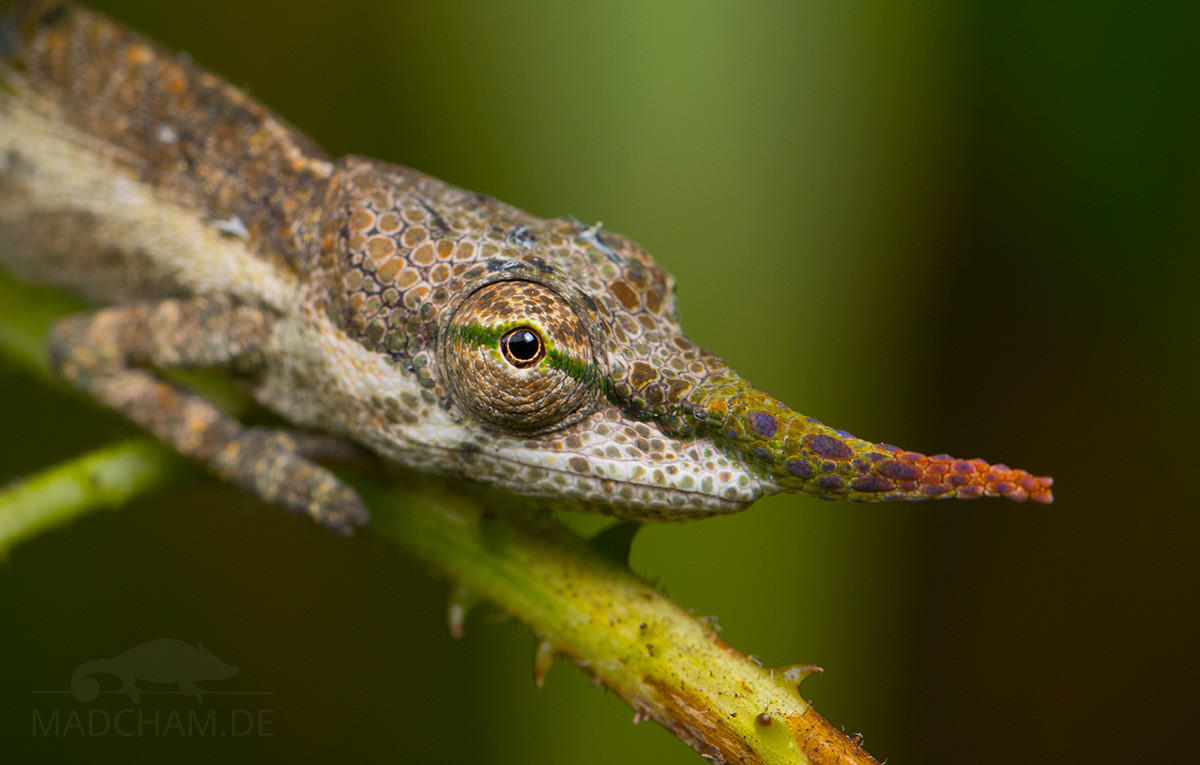 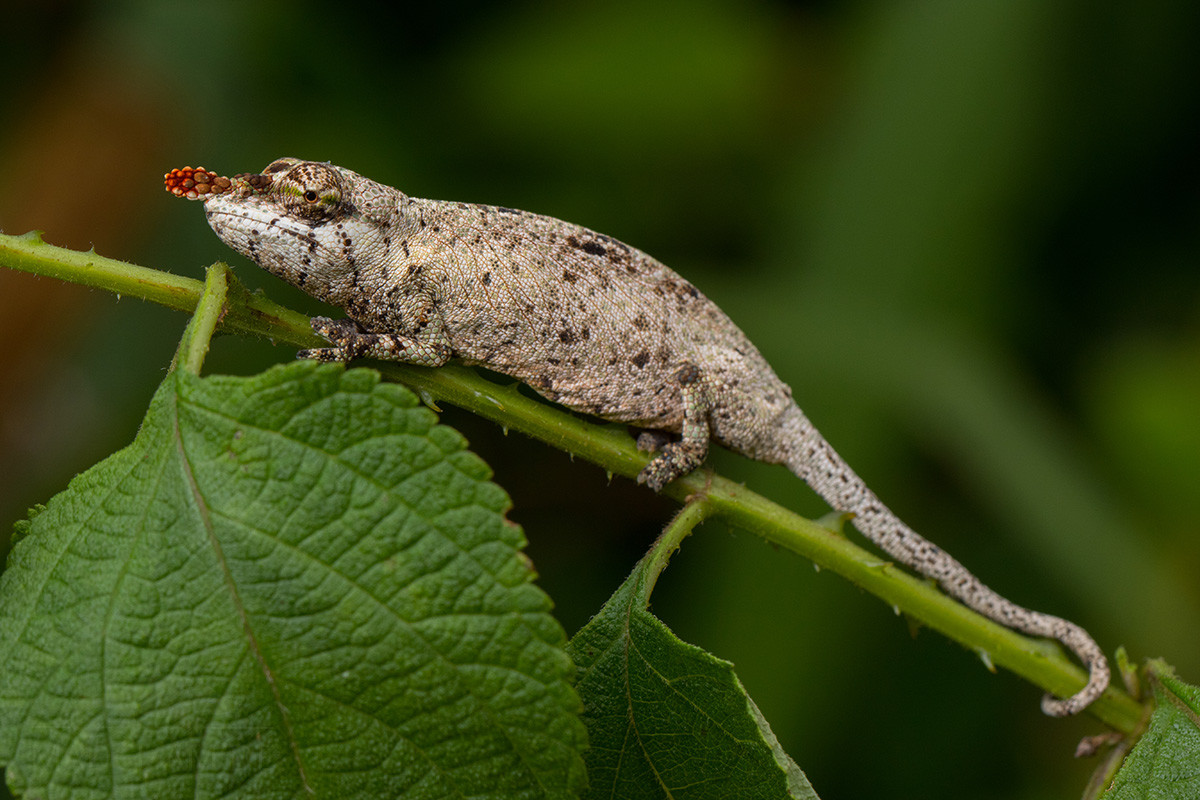 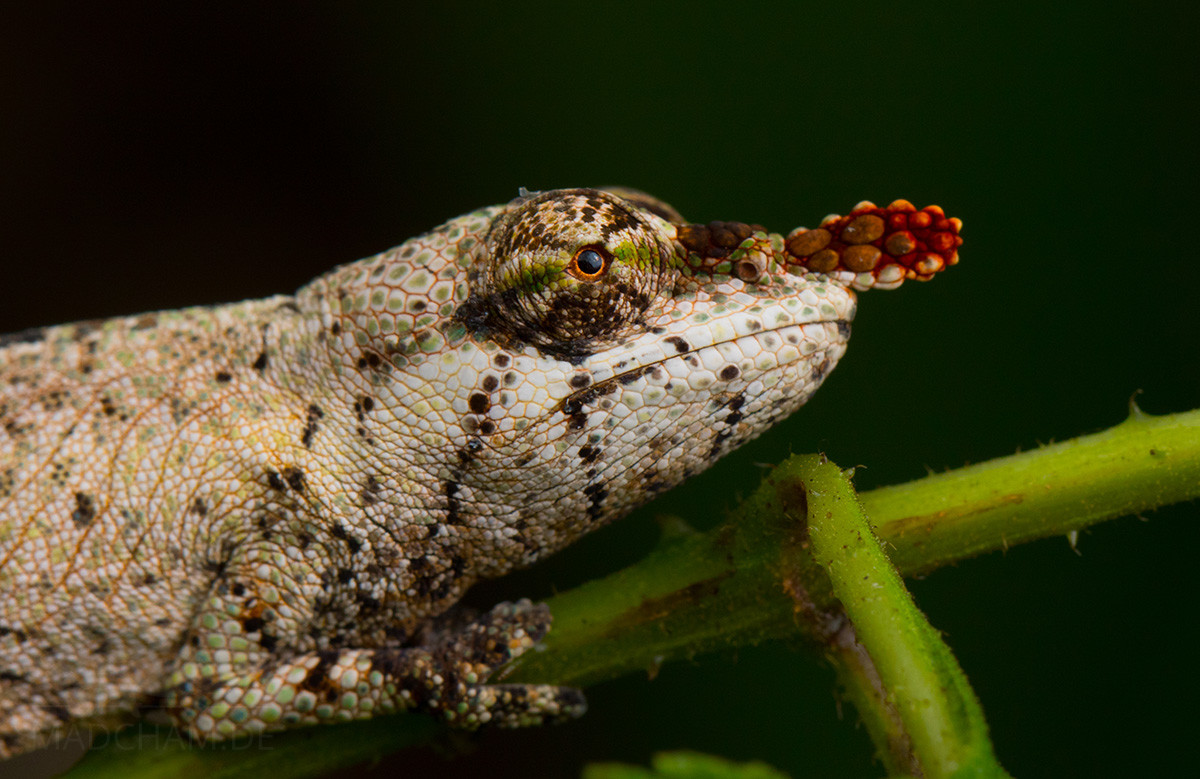 The German zoologist Albert Carl Ludwig Gotthilf Günther, then Director of the Zoological Department of the Natural History Museum of London (Great Britain), described this chameleon species in a few sentences. Unfortunately, he never revealed why he chose the Latin word gallus, which translates as Gallic or Gaul.

Calumma gallus inhabits east and northeast Madagascar. They can be found in secondary vegetation with a high percentage of ferns. Mostly they live in habitats on steep slopes that are difficult to access. Additionally, plant cover in their habitats is extremely dense that makes finding these small chameleons very difficult. We have also found this species in two meters’ height yet.

With a total length of approximately 11 cm, this chameleon is among the smaller ones. Males have a long, pointed, and flexible nose appendage that has blue, violet, and green spots. Each nose is individual, there are no individuals with the exact same nose shape. Usually, the animals are brown-greyish, but when relaxed the males can become almost completely white with bright blue patterns. Females have a shorter, leaf-shaped, red nose appendage. Gravid females have their head dotted with blue. Otherwise, their color is brown-beige, dark brown when stressed. The casque is low but distinctly separated from the back. In Vohidrazana, females of Calumma gallus carry slightly longer rostral appendages, as shown in the following two photos. 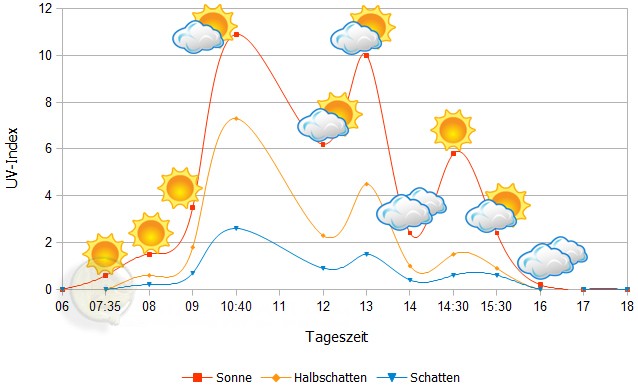 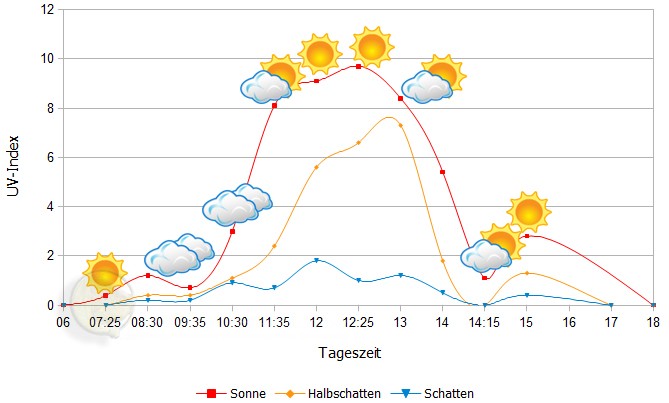 The following pictures show the habitat of Calumma gallus at the rainy season in Vohimana. Some are even from finding places of this species. The habitat of this species consists of extremely dense bushes and thin trees. The ground is completely covered with ferns. The animals prefer to live right in the middle of these shrubs, between endless thin twigs and small-leafed plants. In many places, spiny plants are also among the shrubs but do not seem to bother this species.

Here are some 360° pictures from Vohimana. With the mouse, you can rotate in all directions. If you click on the Theta logo, the pictures open in an enlarged view in a separate window. There is also the possibility to execute the images in full-screen mode. Have fun watching it!