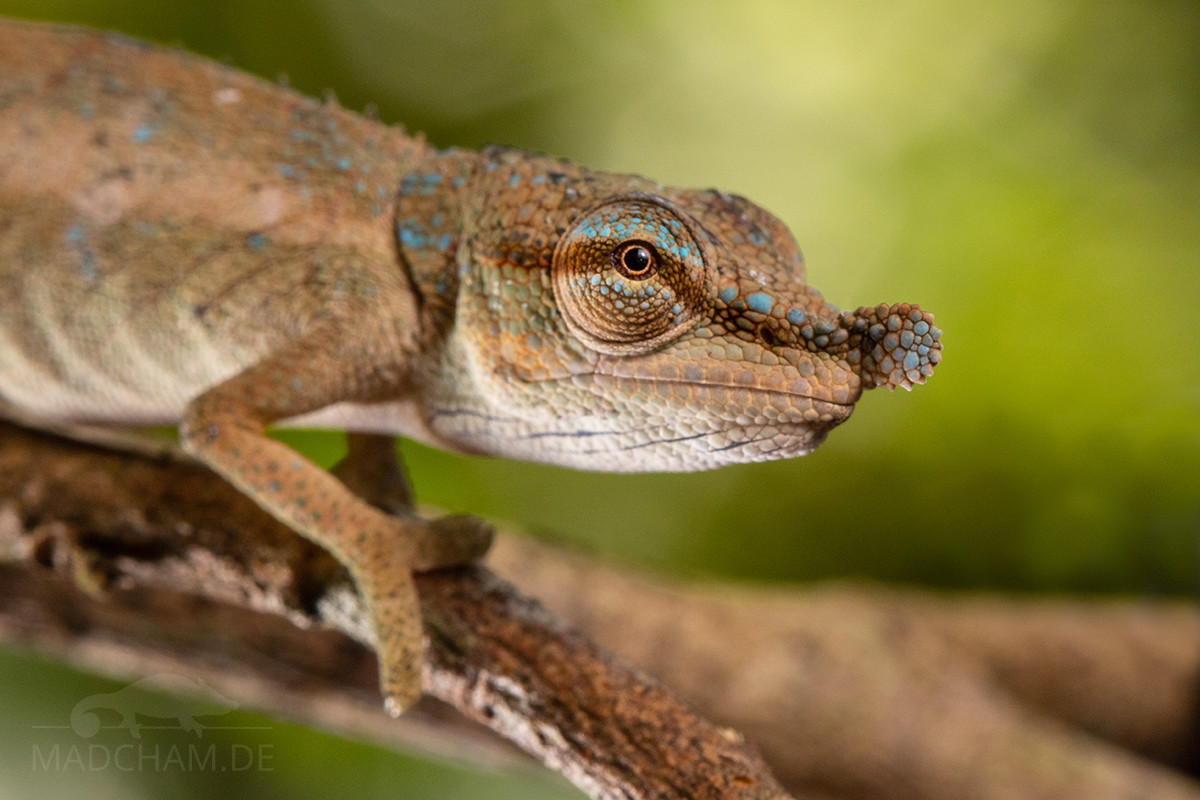 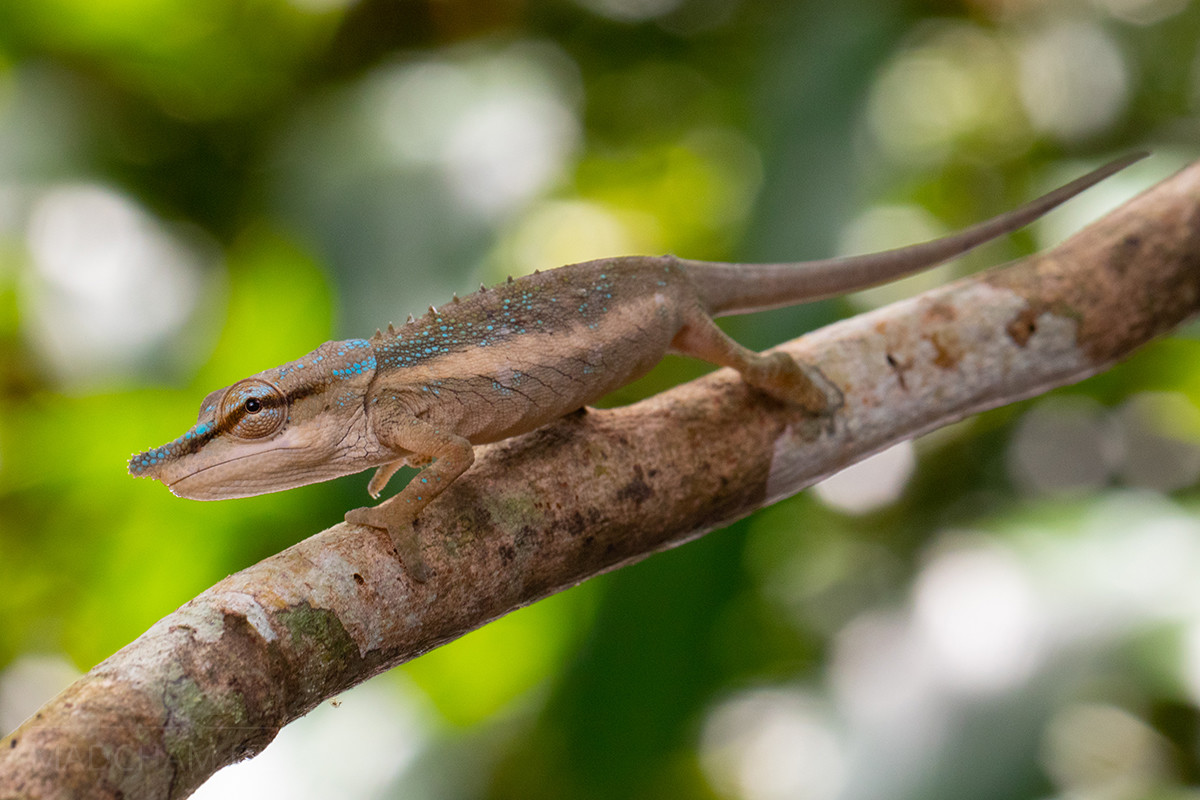 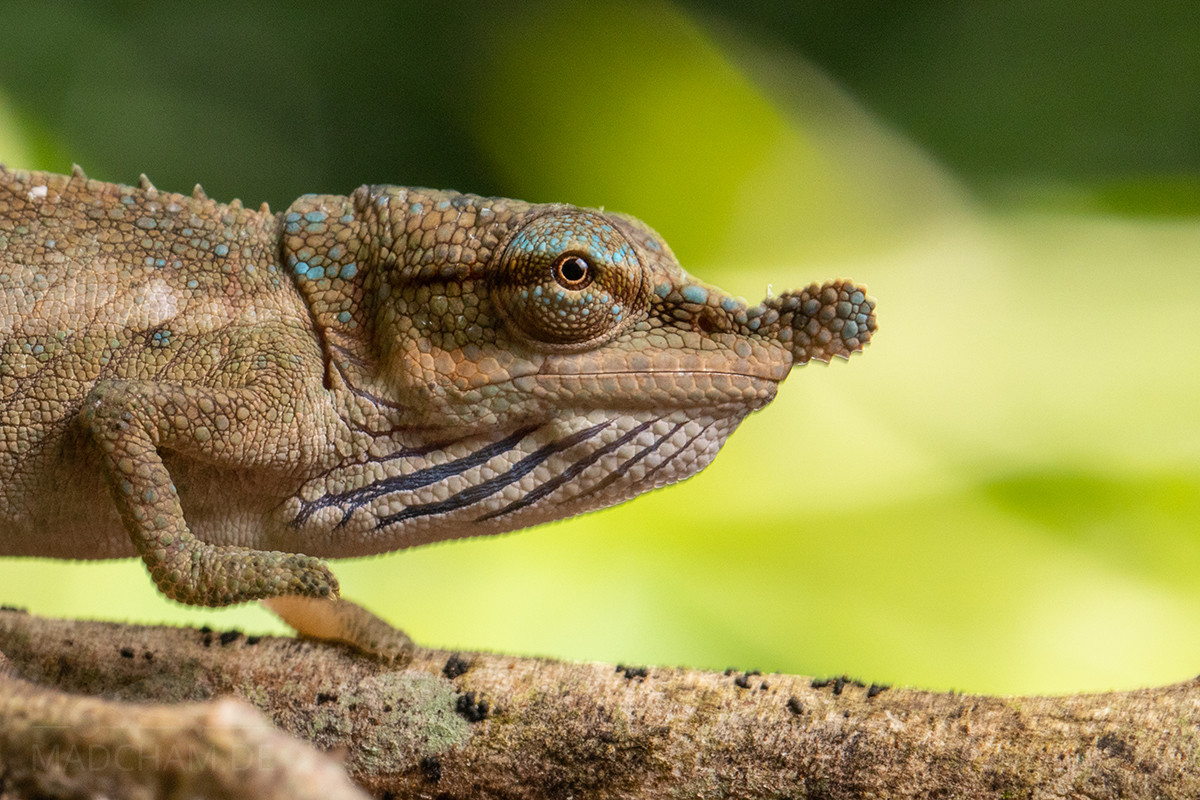 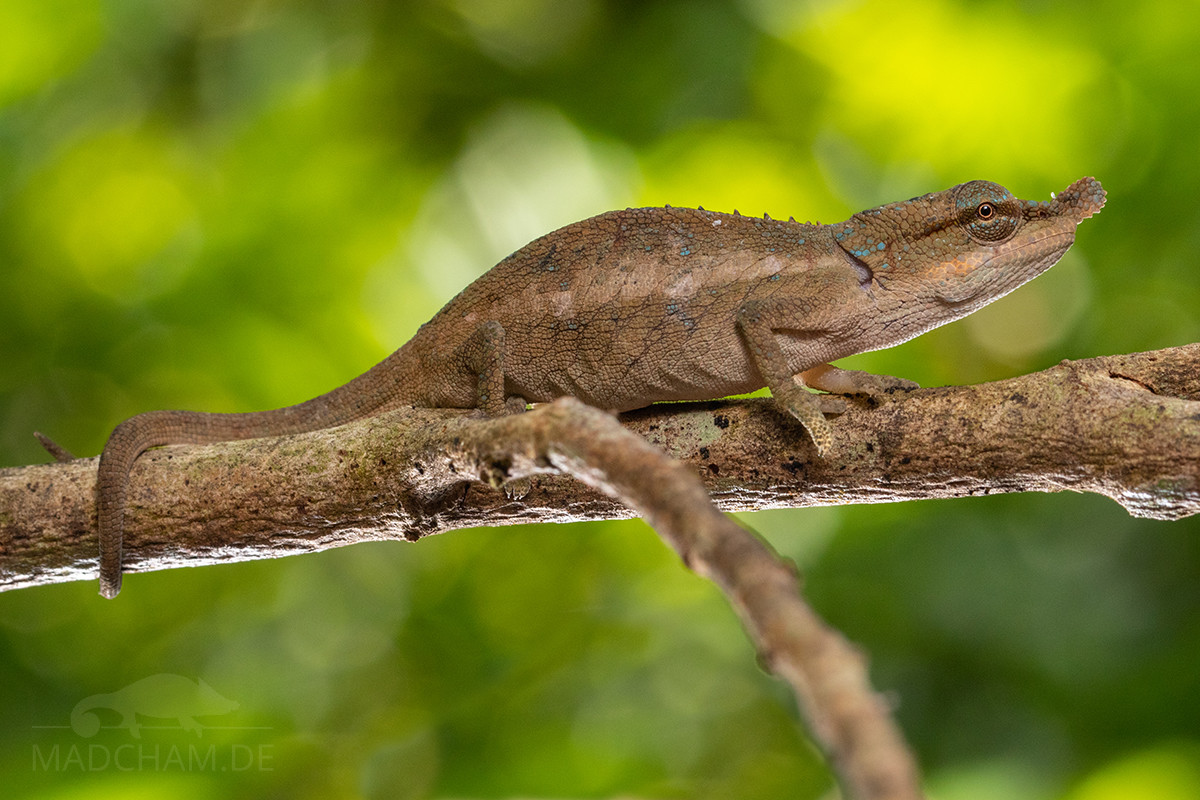 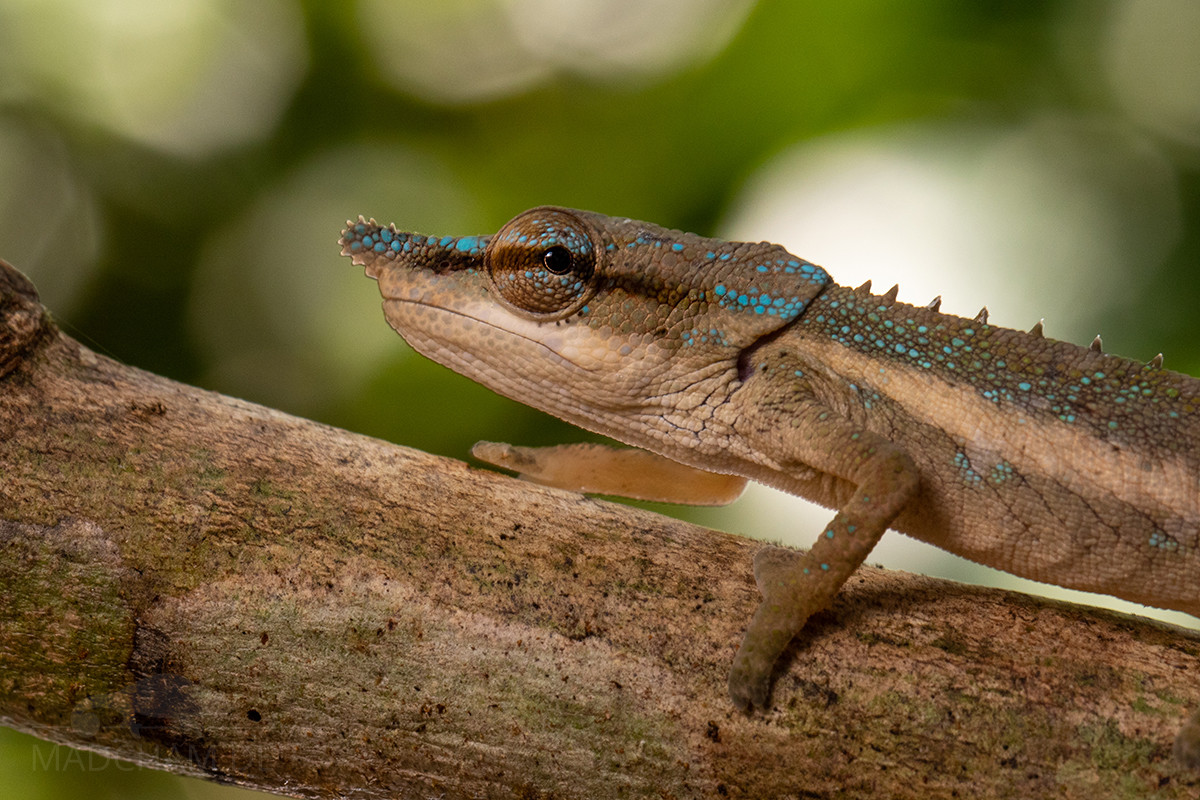 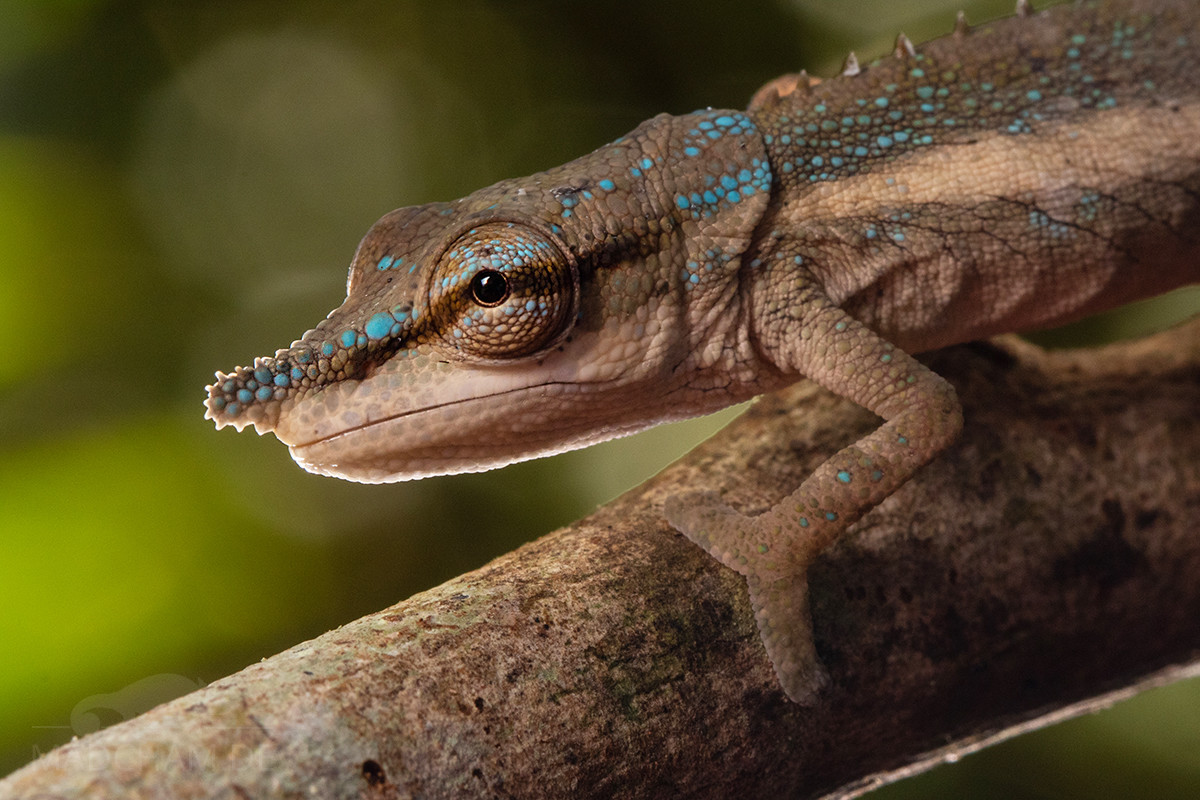 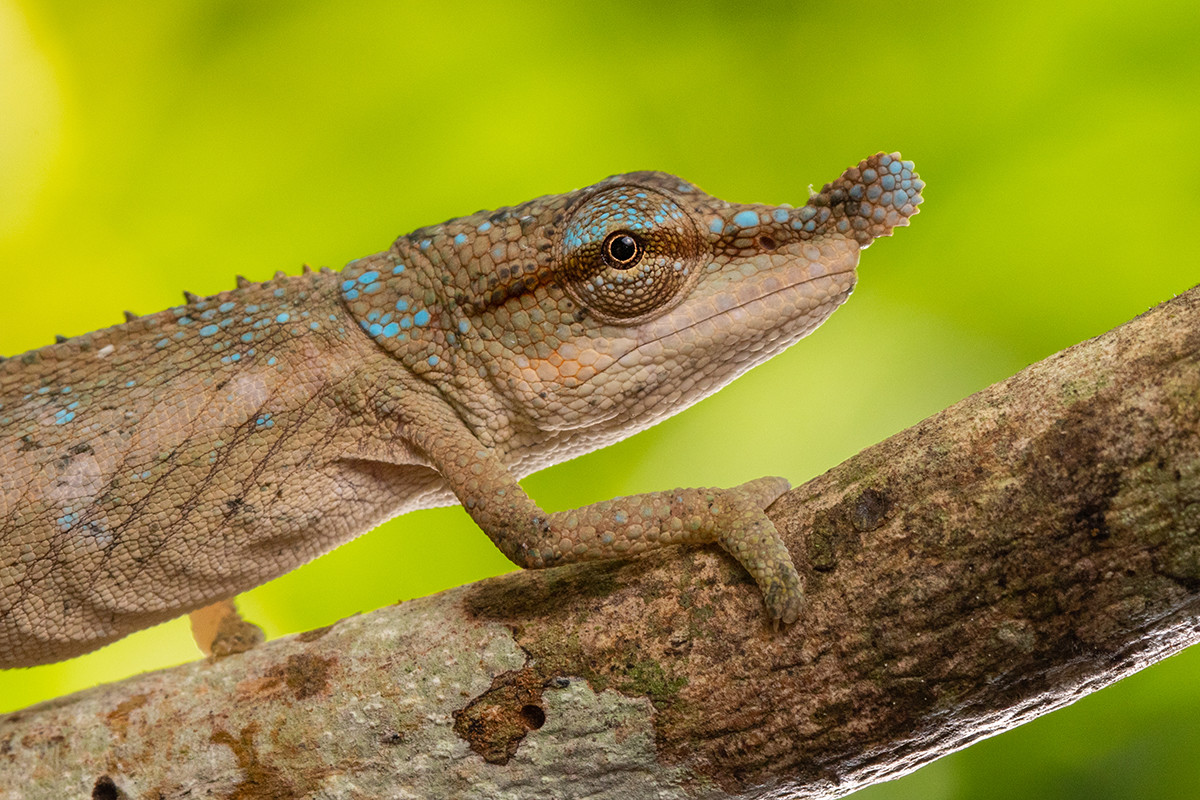 Frank Glaw of the Munich State Zoological Collection (Germany) had the idea to name the species after Peter Uetz. The German biologist has been running the Reptile Database, a platform with information from the species descriptions of all over 11,000 reptile species worldwide, since 1995. The database has been used for years by scientists as a free, reliable tool and is consistently referenced in scientific publications. Since 2006, Uetz has worked as a professor in the Center for Study of Biological Complexity at Virginia Commonwealth University in Richmond (USA).

Two different populations of Calumma uetzi are known. One species population occurs in the Sorata Massif in northern Madagascar, the second in the Marojejy National Park in the northeast of the island, about 100 km to the south. The population in Sorata lives at altitudes of 1100 to 1500 meters, while the one in Marojejy is found at around 1300 meters. Calumma uetzi is a pure rainforest inhabitant and is not found in the lower rainforest or even outside the primary forest. It is found in very dense scrub on very thin branches. We have found it so far exclusively well above Camp Marojejya.

Calumma uetzi has been known as “the rainbow chameleon”. However, this description only applies to the population in Sorata. The males there show an impressive play of colors when excited, with a yellow body and a red lateral stripe framed by blue. However, the population in Marojejy (see photos) does not show these colors. in Marojejy, the males are beige to white with light blue spots. Both sexes bear a dark stripe on either side of the head, each extending from the nose over the eyelids to the occipital lobes. Females are more nondescript beige with indistinct white lateral stripe. The females from Marojejy show additional light blue spots all over the body. When excited, they turn almost black with conspicuous light accents on the helmet and nose.

Calumma uetzi grows only up to ten centimeters long, which is why it is one of the smaller chameleons. The occipital lobes are clearly notched but not completely separated. Both sexes carry a small dorsal crest, which may be interrupted by single larger tubercles in single individuals. Equally conspicuous is the upward projecting soft nasal process. On the forearms, the scaling is rather heterogeneous.

The following photos show sections of the habitat of Calumma uetzi during the rainy season in Marojejy. The rainforest of Marojejy is located in a mountain range that consists almost entirely of ravines and steep slopes. At the altitude where Calumme uetzi occurs, the forest is crossed by many small streams. Many ancient giant trees are covered with endless moss. The undergrowth is very dense, the species especially likes shrubby plants with dense foliage. The soil is earthy and interspersed with countless rocks.

Below you will find some 360° images from Marojejys rainforest. With the mouse, you can rotate in all directions. If you click on the Theta logo, the images will open in an enlarged view in a separate window. There is also the possibility to run the pictures in full-screen mode. Have fun watching!