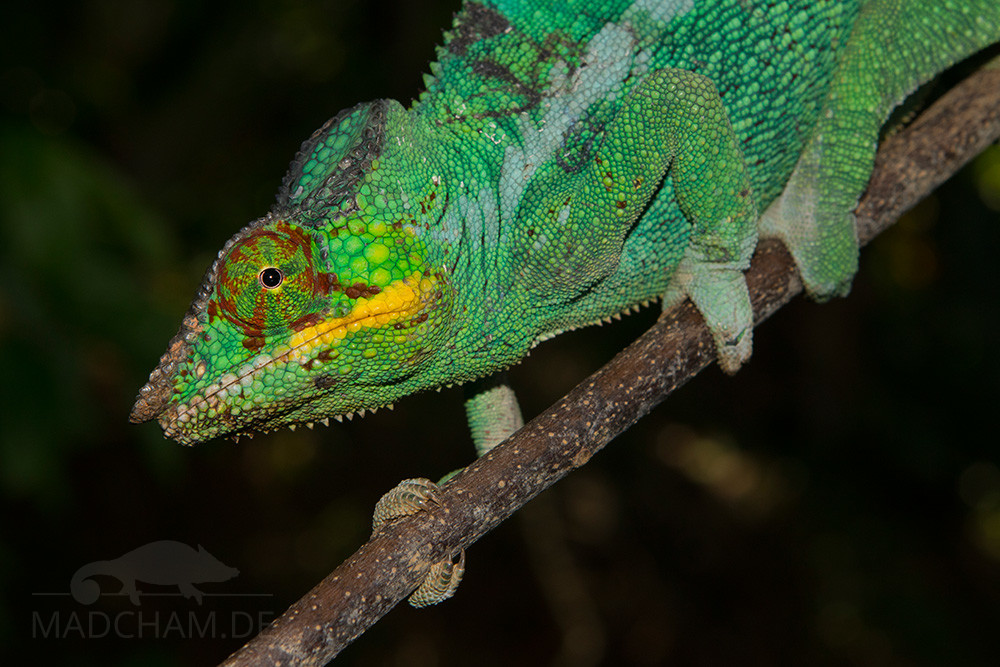 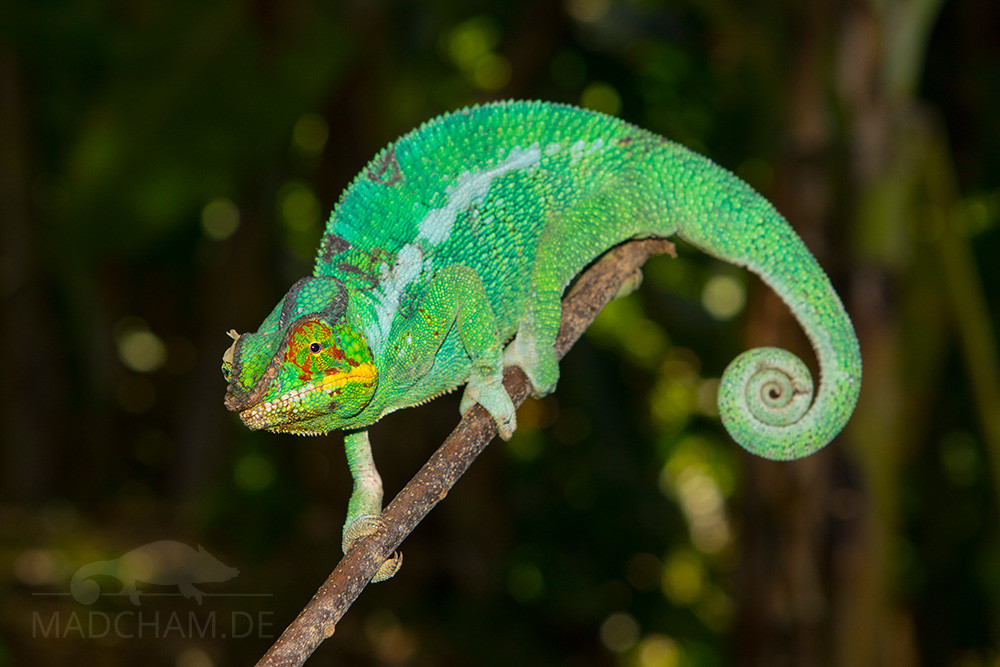 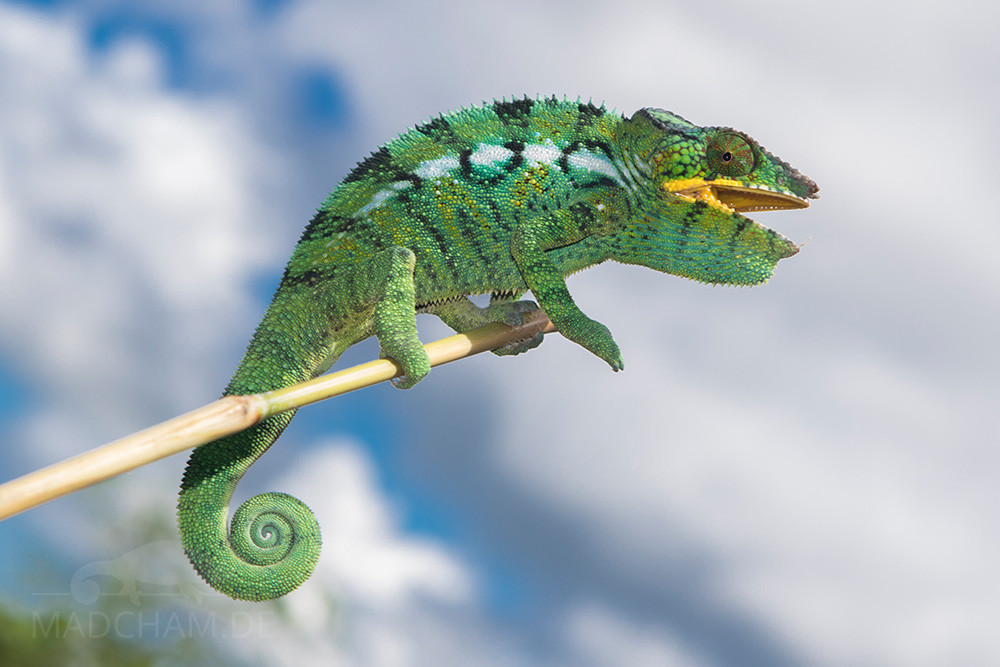 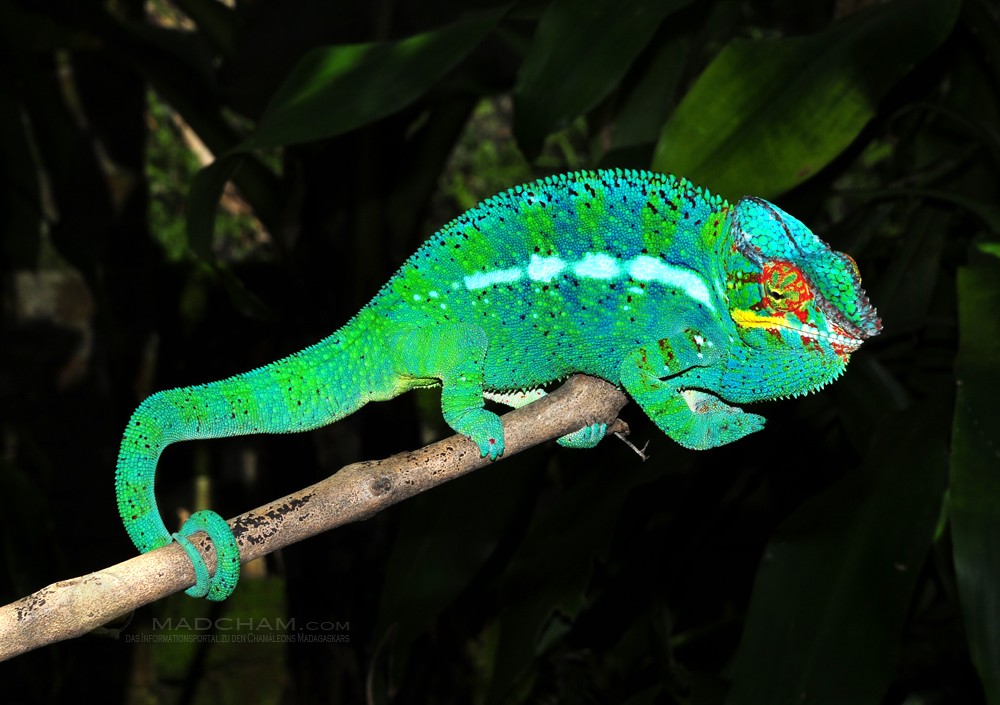 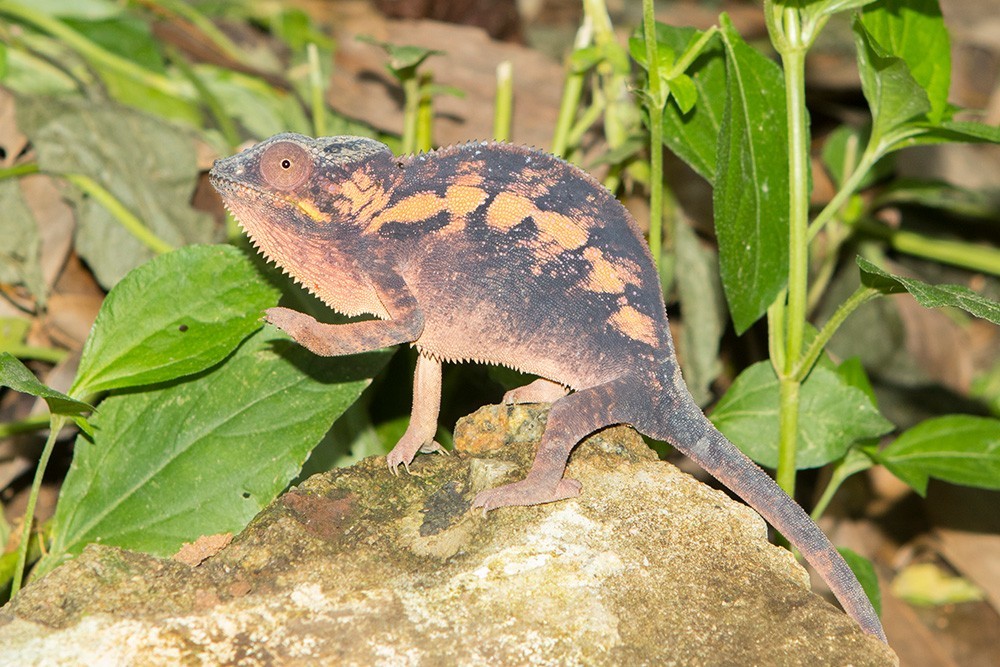 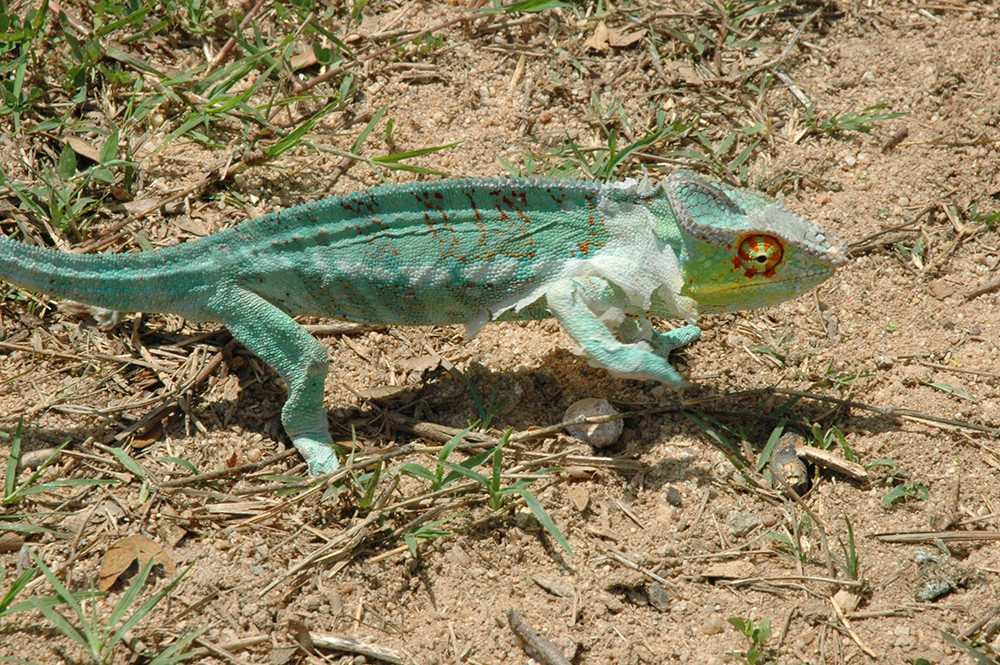 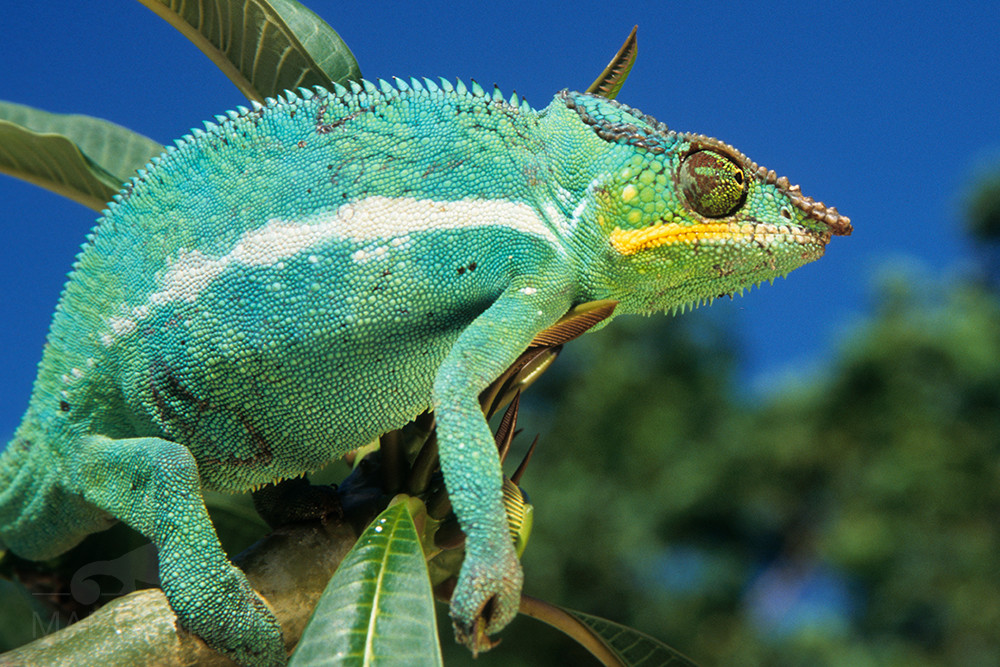 Distribution of the local form Nosy Be:

The island Nosy Be (which means simply as much as “big island”) is located in northwestern Madagascar in Diana region. It has a size of approximately 312 km² and with 45.000 inhabitants, it is strongly populated. Most people of the largest city of the island, Andoany (French Hellville), live from fishing and tourism. Nosy Be is probably the most famous holiday location of Madagascar, there are especially a lot of Italians here. Unfortunately, the volcanic island has not only got more visitors but also became an island of sex tourism. That is why we visit it rarely today. Nosy Be has an own national park called Lokobe, many nice beaches and dominating secondary vegetation as well as Ylang-Ylang plantations at the rest of the island. Moreover, the islands Nosy Komba, Nosy Faly and Nosy Tanikely are easy to reach by boat. You can go to Nosy Be by airplane via airport Fascene or by boat from Ankify. 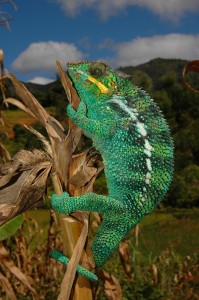 Panther chameleon on Nosy Be

Due to its complete isolation in the Channel of Mozambique, this island has developed a local form of panther chameleons with high color fidelity. Males are turquoise-greenish or -blueish with blue stripes and red dots. The corner of the mouth is always yellow and the eyelids have red rays. Despite they all look very similar to each other, there are small variations among the panther chameleons here, for example, there are almost completely turquoise blue colored specimens without any stripes. Unfortunately, we have no ground temperatures for Nosy Be available yet.

The panther chameleons of Nosy Be inhabit two different kinds of landscape. One is the last rainforest of the island, Lokobe. It is located on a small mountain that is densely covered by trees. The ground is rocky and there are many little streams. Moss, ferns, and lianas are everywhere. The second habitat of Nosy Be’s panther chameleons is the absolute opposite: Open landscapes in secondary vegetation all around the island. Palms, shrubs, and hotel gardens – they settle quasi everything.