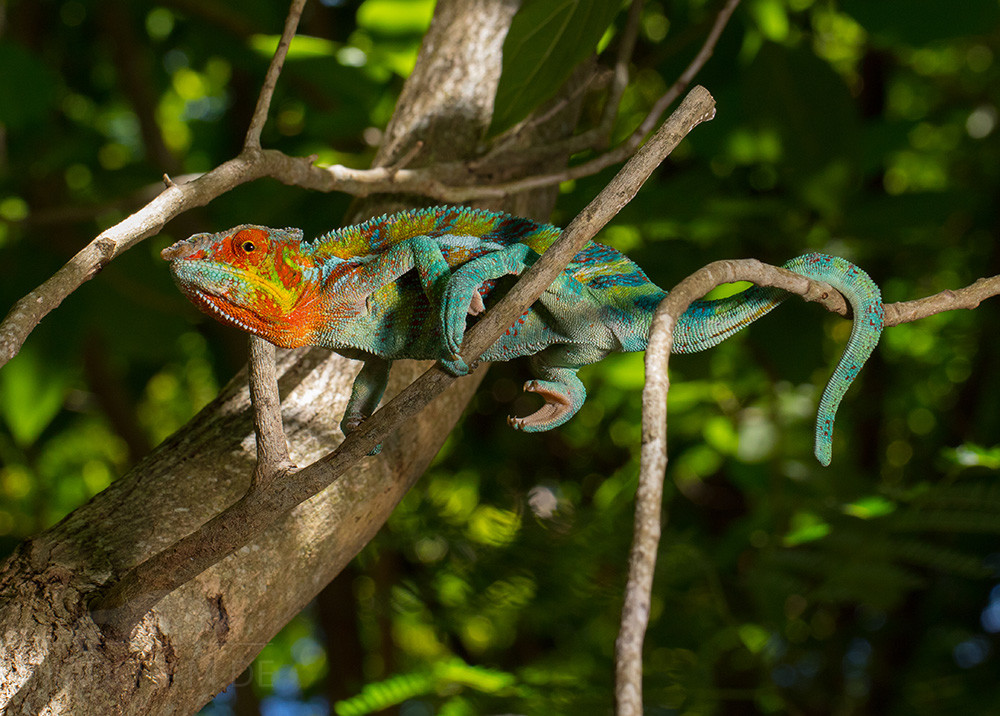 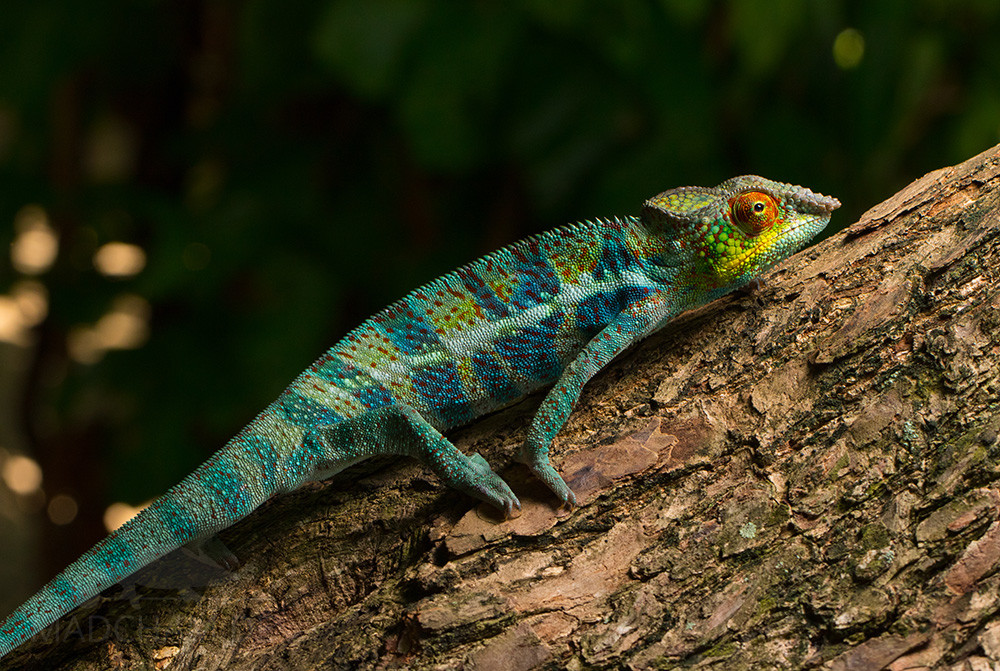 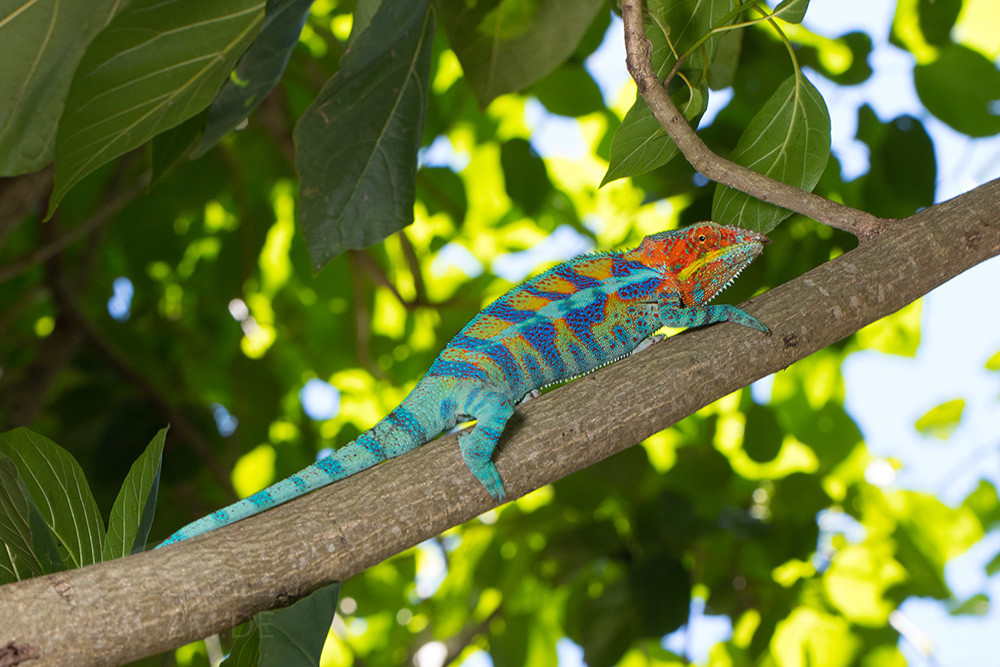 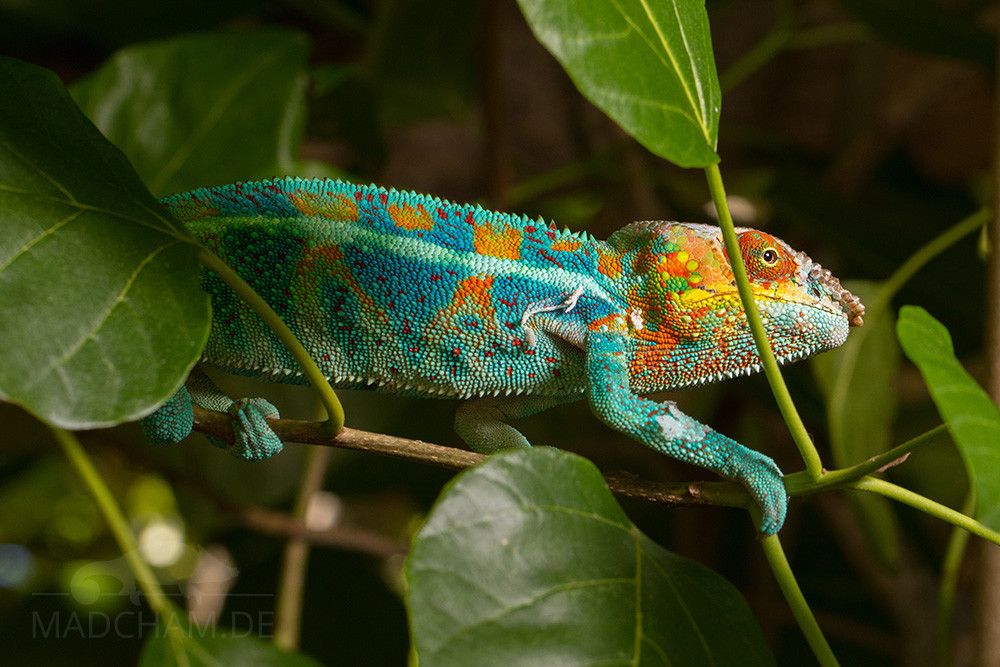 Nosy Tanikely is a tiny paradisiacal island of 3.41 km², which is well reflected in its name. The Malagasy Nosy Tanikely means “island of little earth” or “small earth”. The often-used spelling “Tanihely” with h instead of k is no spelling mistake, but only the name of the park in the dialect of the local population, the Sakalava. The island lies in the northwest of Madagascar, a good eight kilometers southeast of the well-known large island Nosy Be in the channel of Mozambique. The whole island, as well as the surrounding sea, are part of the National Park Nosy Tanikely, so they are under protection. Touching or removing chameleons is strictly forbidden here. Since the island was used only for day trips by tourists before 2011, when it was officially granted the status as a national park, and since no humans ever lived there, the panther chameleons have been living here undisturbed for much longer. Snorkellers and divers are more interested in the animals underwater than on land.

As a local form completely isolated from the mainland and other islands, the male panther chameleons on Nosy Tanikely are very colorful. Surprisingly, they do not resemble the “neighboring” local forms Nosy Be and Nosy Faly, that both are characterized by much blue. Instead, the male panther chameleons on Nosy Tanikely wear blue and turquoise green stripes and an orange-colored head with blue accents, especially on the throat. The body’s blue, partly turquoise stripes are interspersed with red dots. During stress or when the animals are warmed up by the sun, the turquoise stripes of the body turn partly bright orange. Unfortunately, we have no ground temperatures for Nosy Tanikely available yet.

Nosy Tanikely only has a small forest, but it provides good living conditions for panther chameleons. A few banana plants and palms, as well as other imported secondary vegetation such as tamarind, can be found in between. The soil consists only of sand on the beach itself and is rather earthy-sandy mixed in the forest, covered by a thick layer of leaves and streaked with rocks.