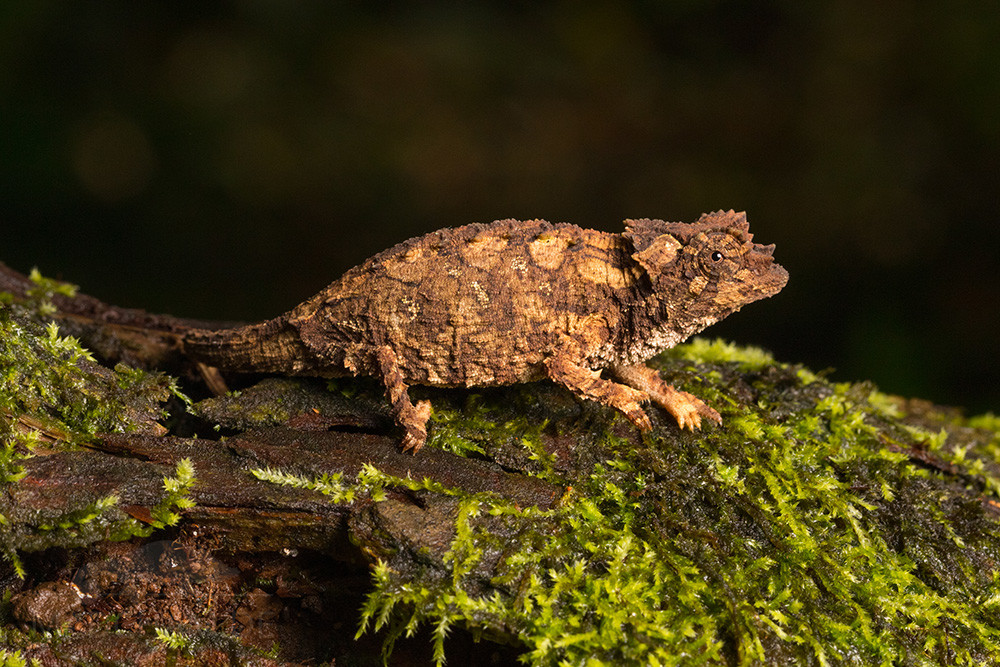 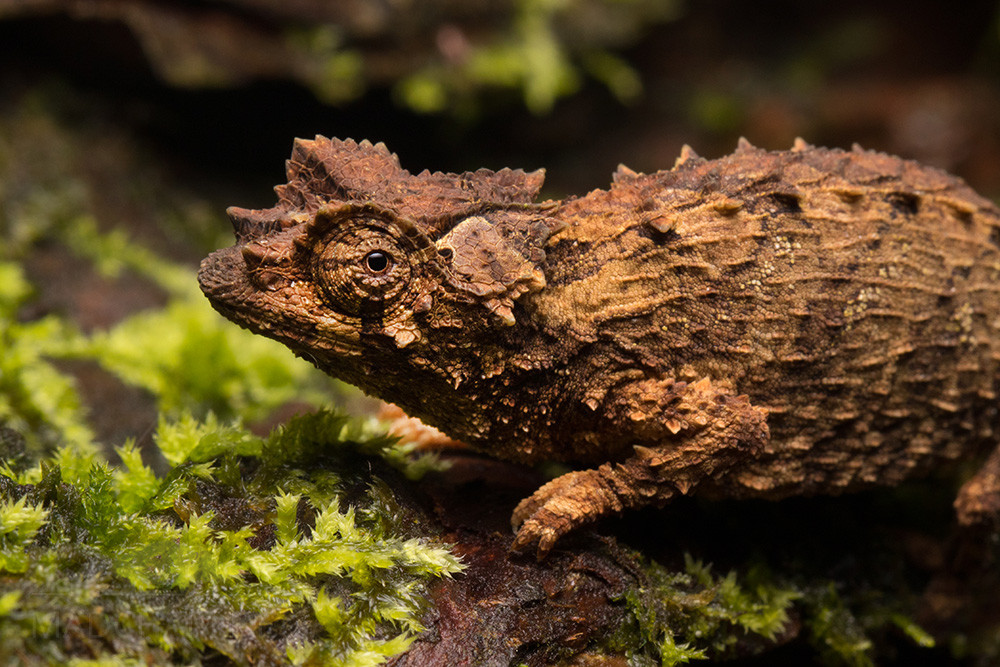 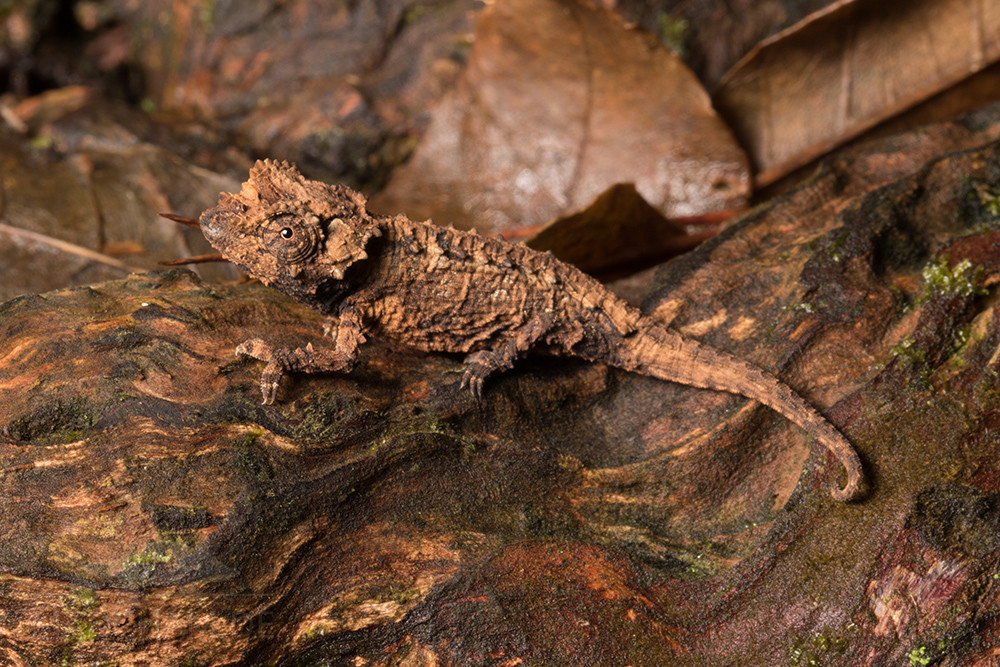 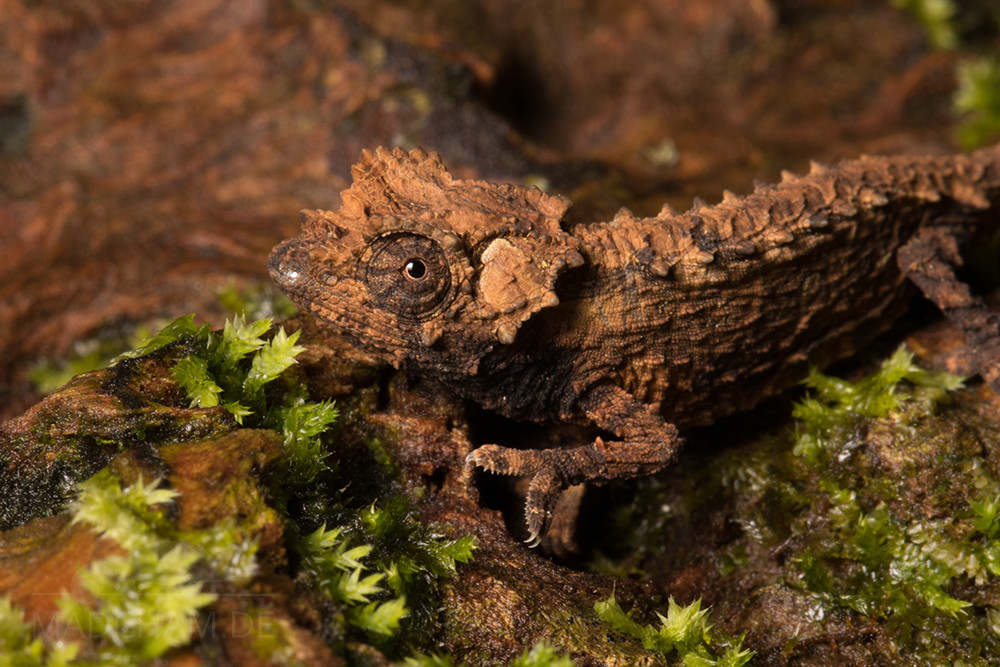 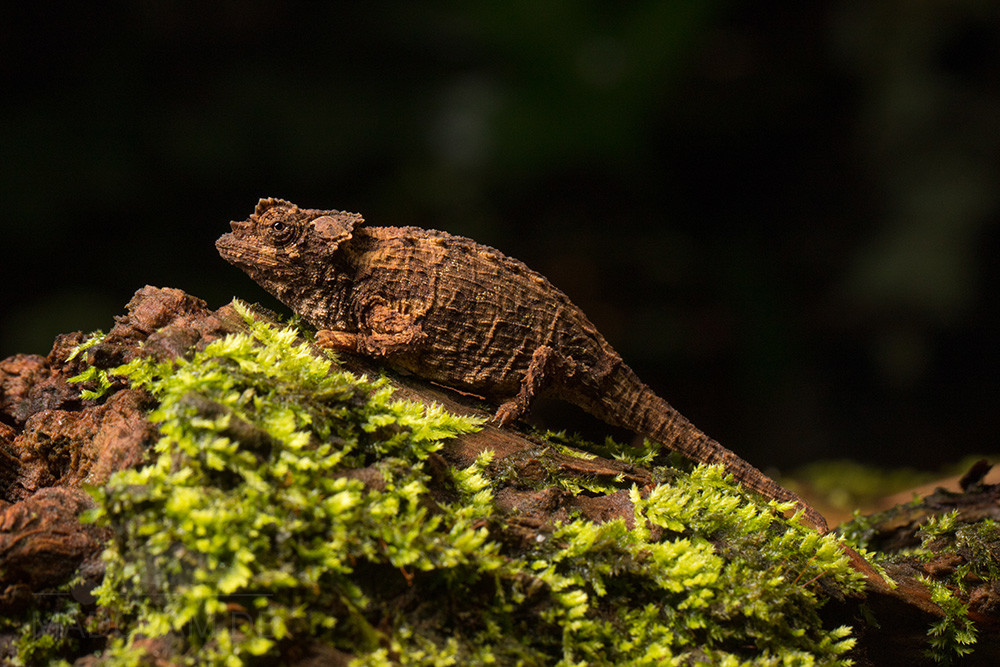 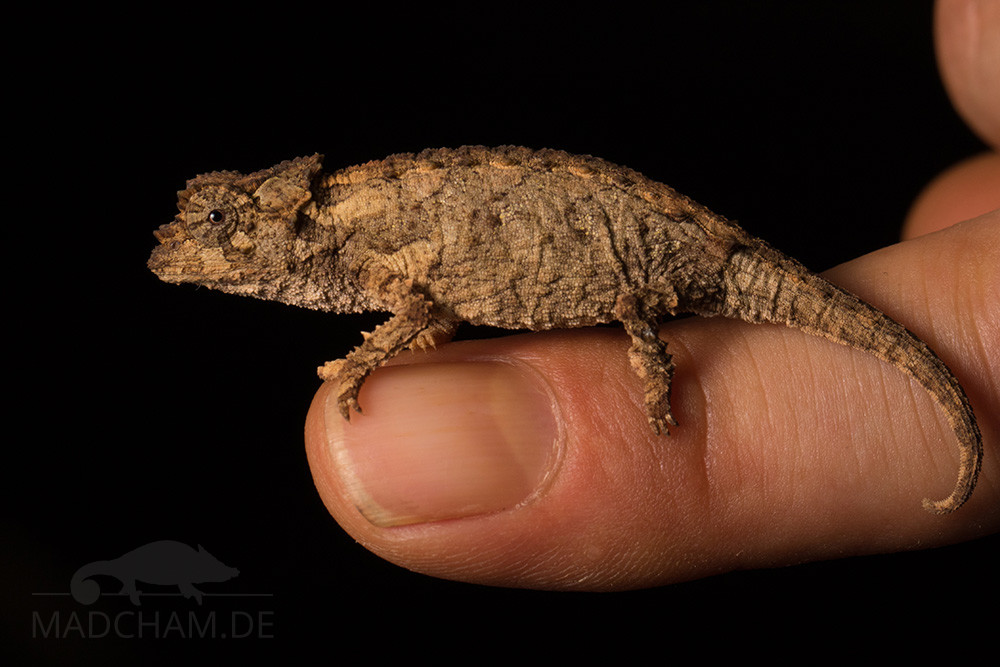 The paleontologist Oskar Böttger, then curator of the Senckenberg Museum in Francfort (Germany) wrote the original description in 1880 – still in Latin, by the way. He named the species after Carl Ebenau. Carl Ebenau was the general agent of the German East African Society. Like Böttger, he originally came from Francfort and in the 1880s worked as a merchant for the sale of export goods in Madagascar.

This species lives in the north of Madagascar, where it populates different habitats. It can be found both in the rainforest of the Amber Mountain and in the much drier Montagne de Francais towards Antsiranana (Diego Suarez in French). With a lot of luck, one can also discover Brookesia ebenaui on the island Nosy Be, but only in the national park Lokobe, the last remaining forest of the island.

Brookesia ebenaui grows to a maximum length of 7 cm from the nose to the tip of the tail. Thus they remain clearly smaller than the Brookesia antakarana which can be found in the same habitats and only somewhat smaller than Brookesia stumpffi. The animals do not have a dorsal crest and also the pelvic shield is so little pronounced that one can hardly call it such. It is rather a somewhat larger tubercle on both sides. Along the backline, Brookesia ebenaui carries exactly 10 lateral tubercles (thorn-shaped scales), which continue on the tail. Most of the chameleons of this species are dark brown.

The following photos show areas from the habitat of Brookesia ebenaui during the rainy season in Amber Mountain. The rainforest of Amber Mountain consists mainly of large old trees with relatively dense undergrowth. Brookesia ebenaui is the only known leaf chameleon that lives mainly on trees instead of on the ground. Even during the day, the species can almost always be found on plants up to two or three meters high. Only at night do they move to sleep on narrow, lower-lying branches.

Below you will find some 360° pictures from Amber Mountain. With the mouse, you can rotate in all directions. If you click on the Theta logo, the images will open in an enlarged view in a separate window. There is also the possibility to execute the images in full-screen mode. Enjoy!