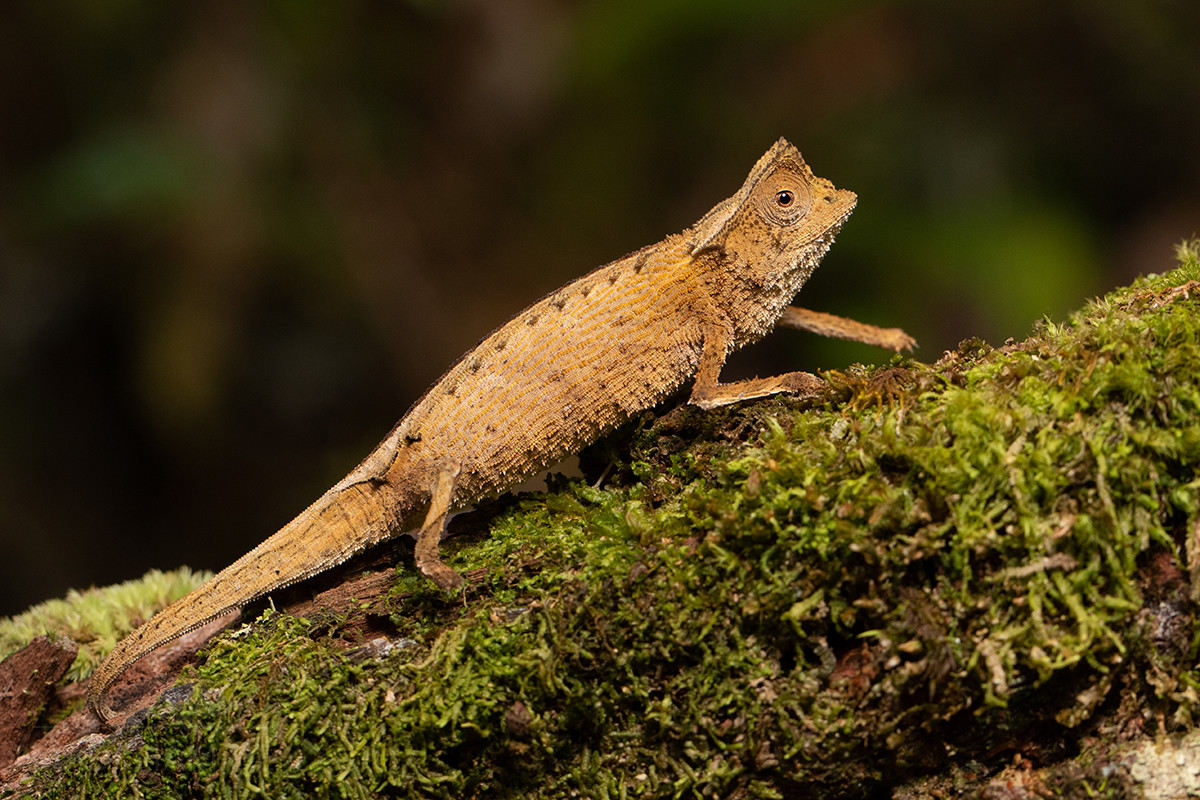 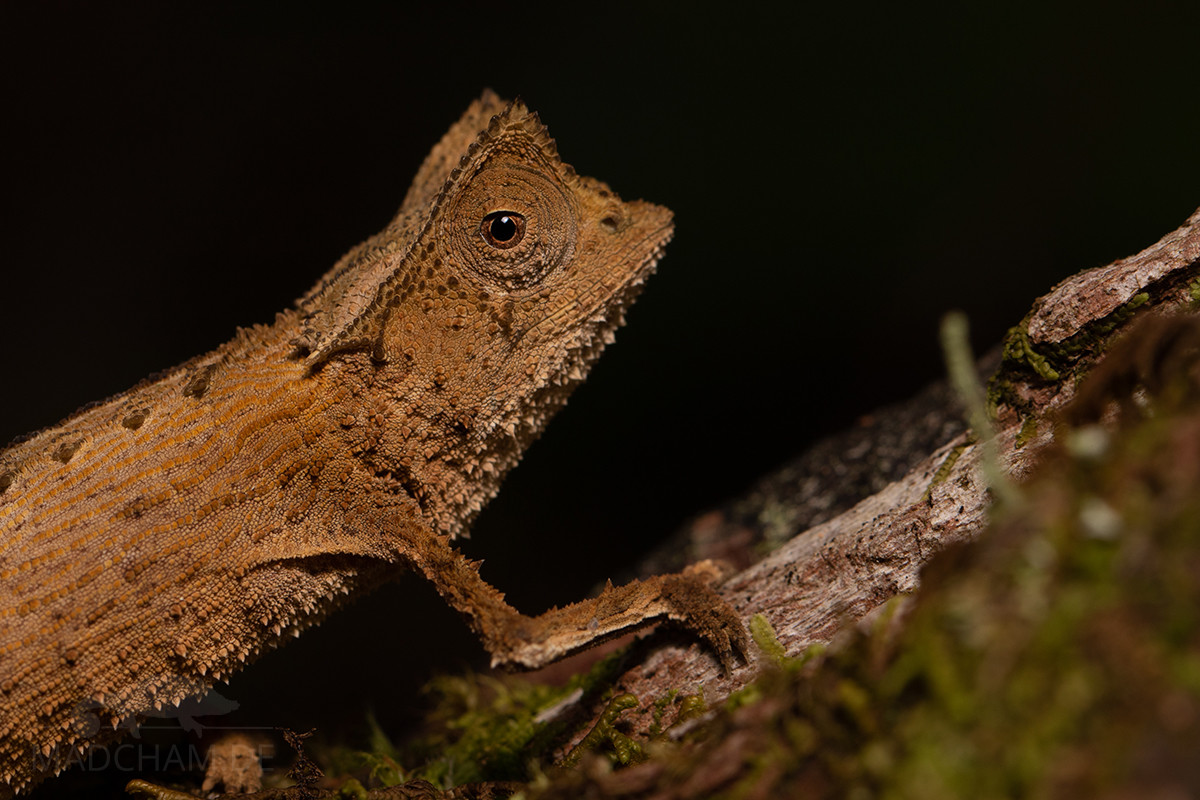 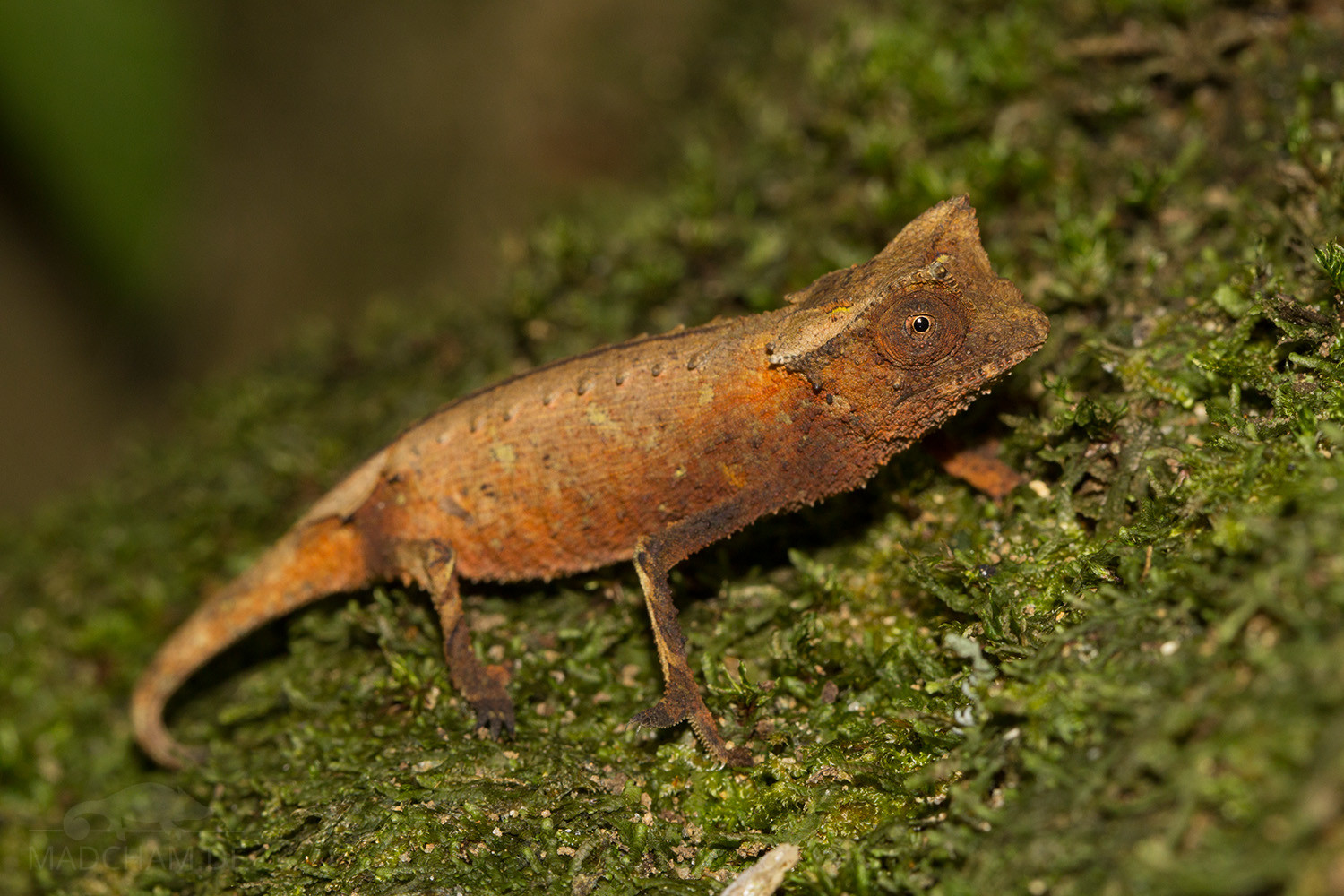 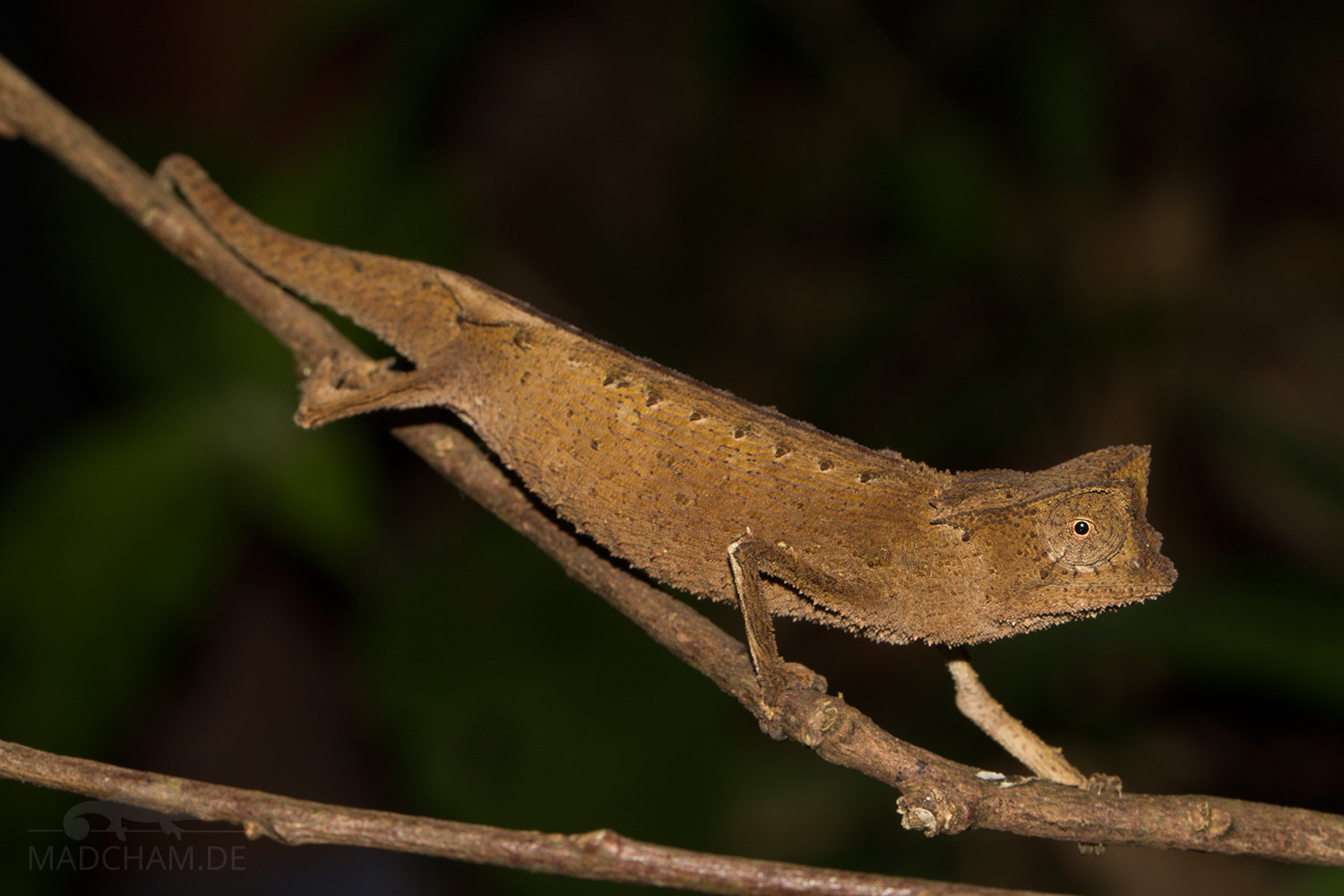 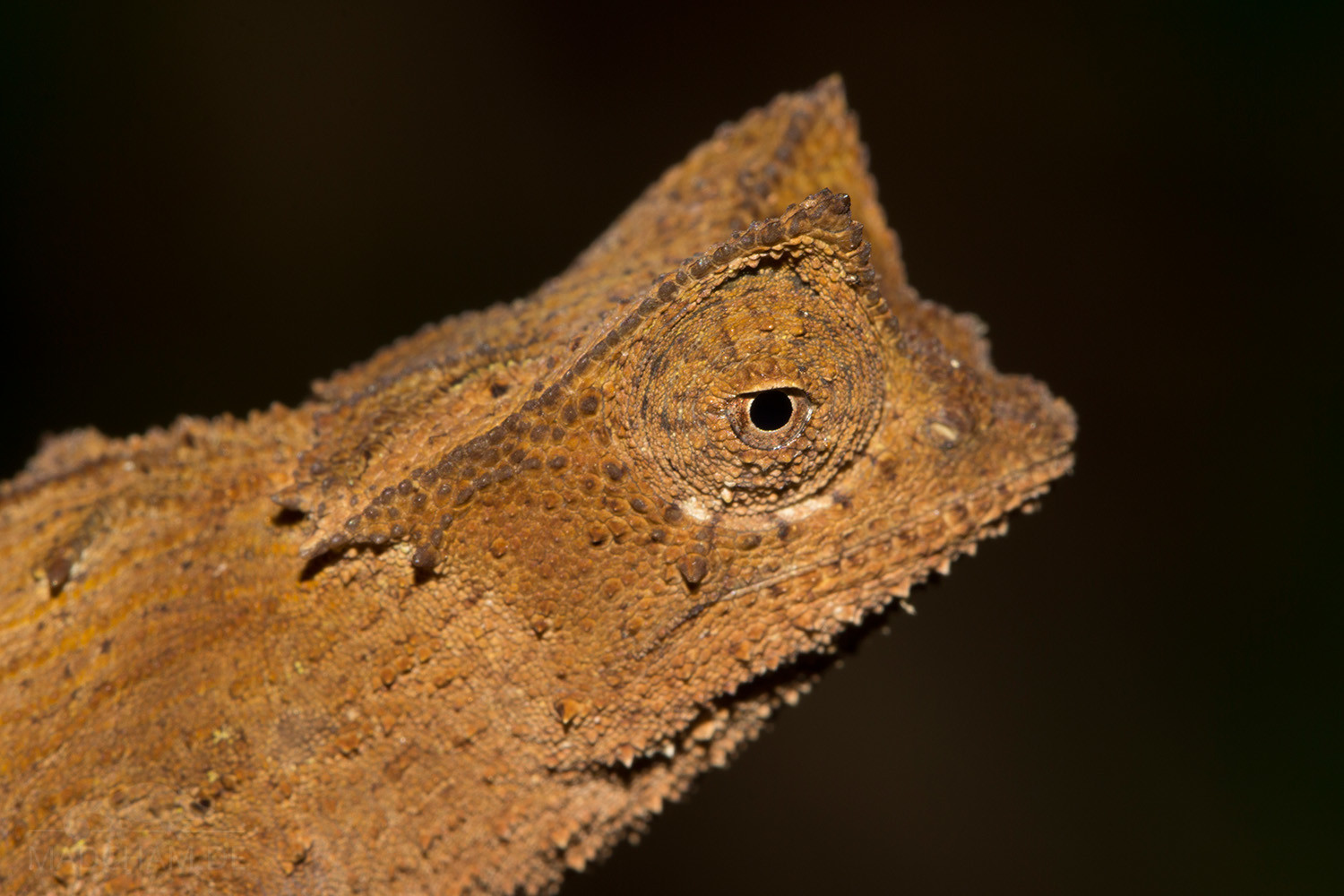 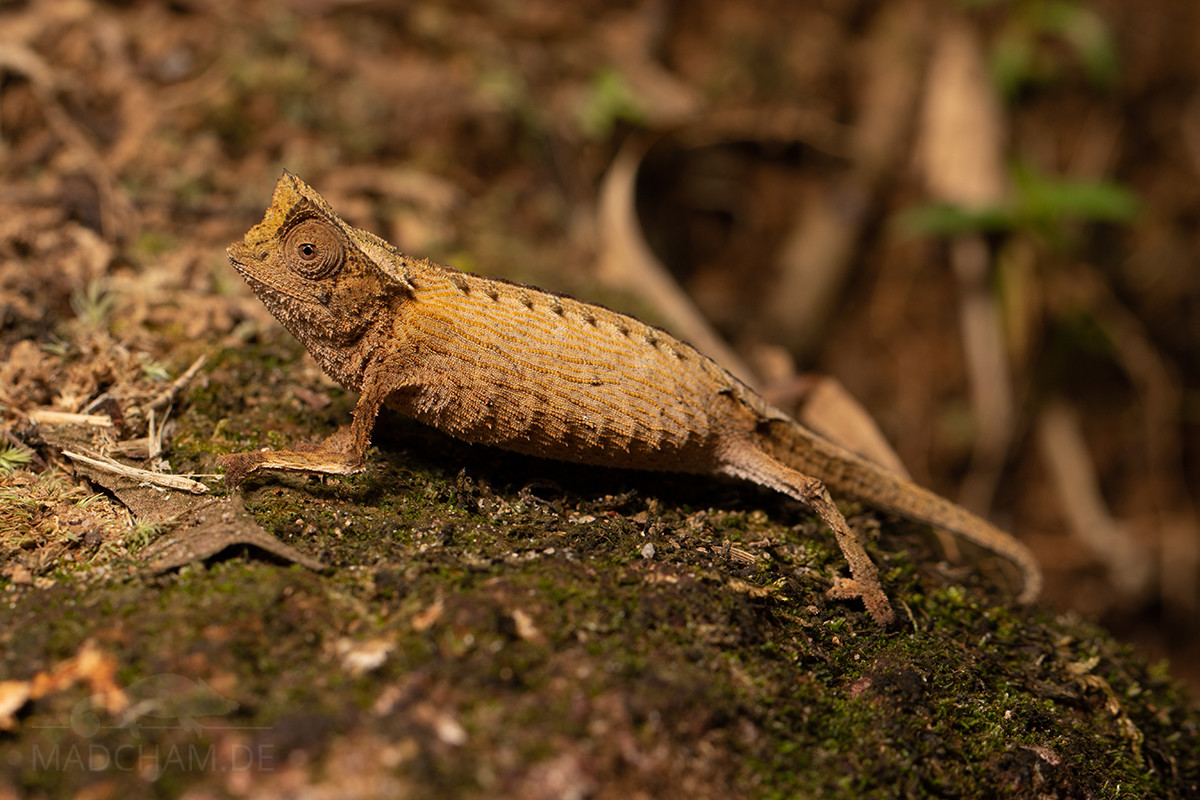 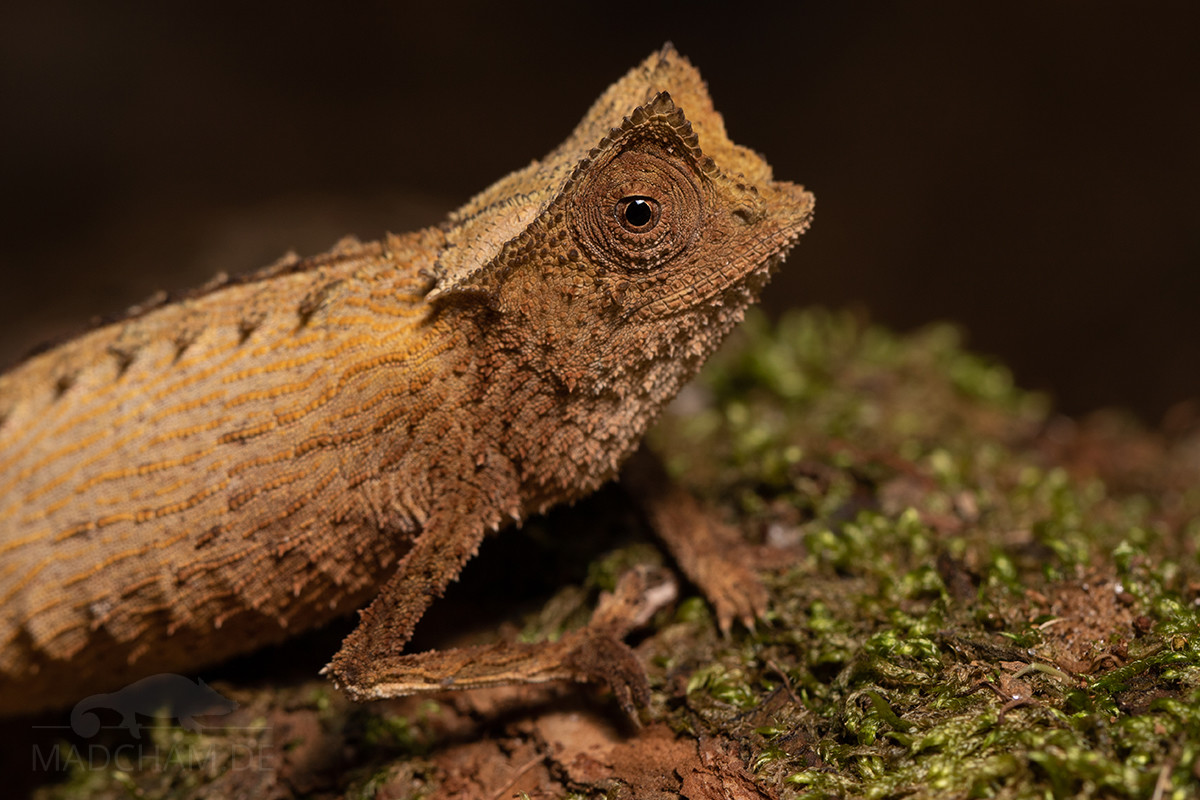 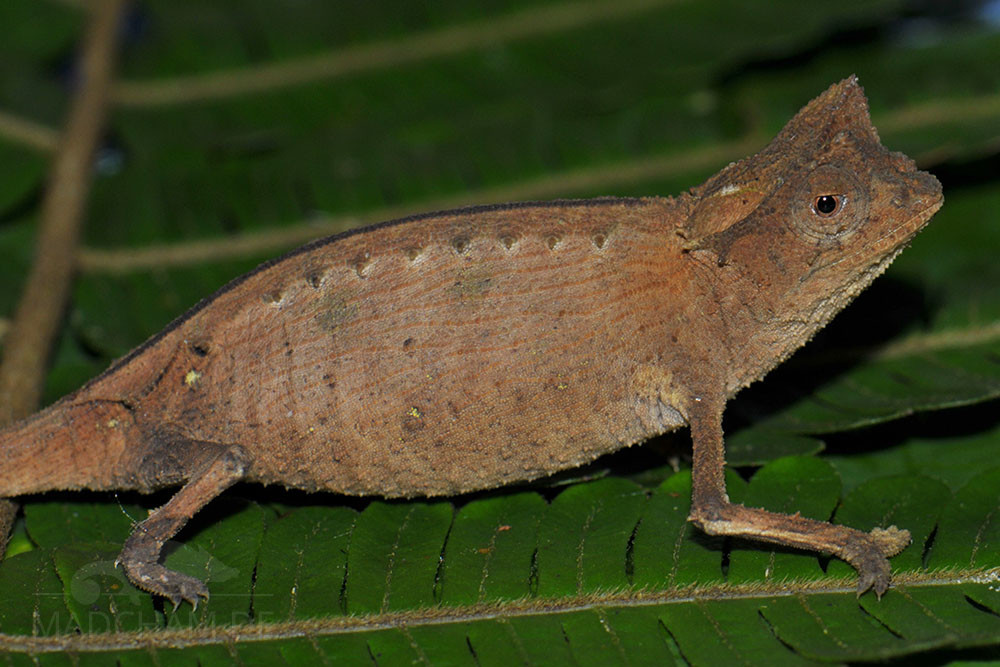 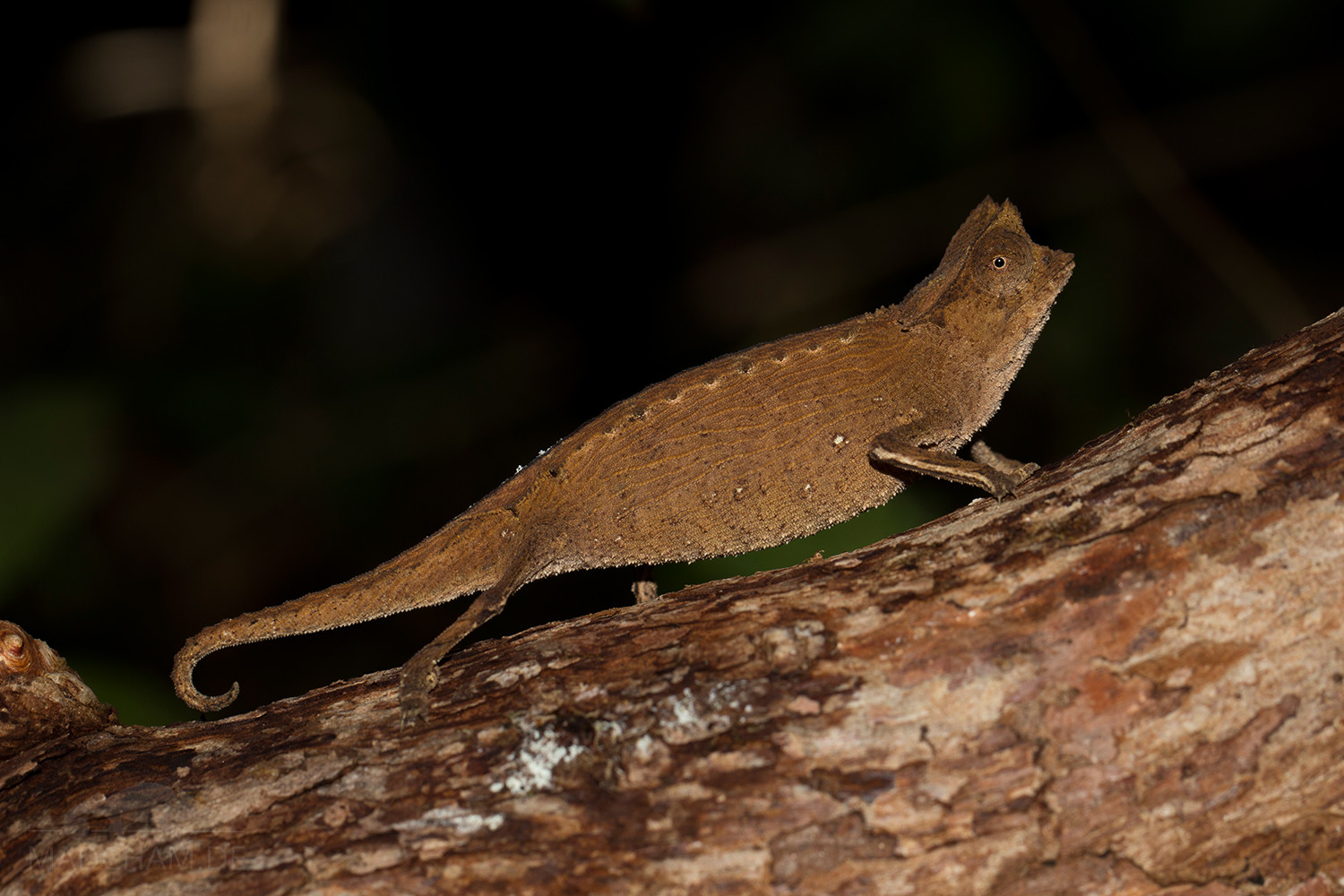 Édouard-Raoul Brygoo (later working at the Natural History Museum in Paris, France), Charles Pierre Blanc and Charles Antoine Domergue from the then Institut Pasteur in Antananarivo, Madagascar dedicated the species to their colleague Paul Griveaud. Griveaud was an entomologist and described numerous insect species of Madagascar.

Brookesia griveaudi lives in foliage, shrubs and low branching in Northeast Madagascar. Its distribution area builds a long triangle between Antalaha, Sambava, and Maroantsetra and includes the national parks of Marojejy, Anjanaharibe-Sud, and Masoala. During the daytime, you can find it directly in the foliage or short above.

With a maximum total length of 11 cm, this species belongs to the larger leaf chameleons. Laterally along the back, it has 9 to 10 tubercles on each side that are continued on the tail. Brookesia griveaudi has a well developed pelvic shield, that the otherwise quite similar species Brookesia superciliaris does not have. Like the latter, individuals of Brookesia griveaudi have big, pointed bony extensions above the eyes. Brookesia stumpffi, which has a similar well developed pelvic shield, has in contrast to Brookesia griveaudi rounded bony extensions above the eyes. The specimens we found all had brown coloration with a dark stripe along the back, right between the tubercles. But according to literature, this stripe is not always visible in this species. 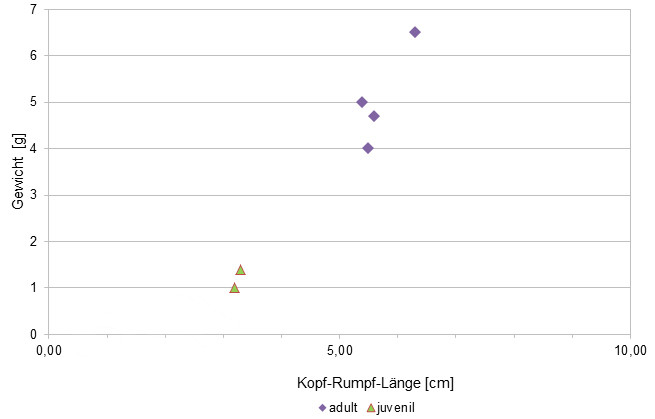 Since 2022 we have been measuring the weights of Brookesia griveaudi found in Madagascar, as far as the animals (and our scales) cooperate. In the long run, average weight in relation to the head-torso length (measured from the tip of the nose to the cloaca) for the species should be obtained from as many measurements as possible. That is, unfortunately, not too much can be gleaned from the current tables yet, but they can be the first guide. It is important to know that all weights were measured towards the end of the rainy season (= best food supply), so they should be maximum weights in Madagascar. Triangular symbols for females mean not pregnant, and spherical symbols mean pregnant.

The following pictures show the habitat of Brookesia griveaudi between Camp Mantella and Marojejya in Marojejy. In the upper part between both camps and around Camp Marojejya we have found these animals mostly. The rainforest here consists of huge tree giants and slippery, mossy, round stones in very lush undergrowth. Ferns, lianas, and moss dominate the scene. You can find these chameleons walking on dead wood or climbing on low twigs.