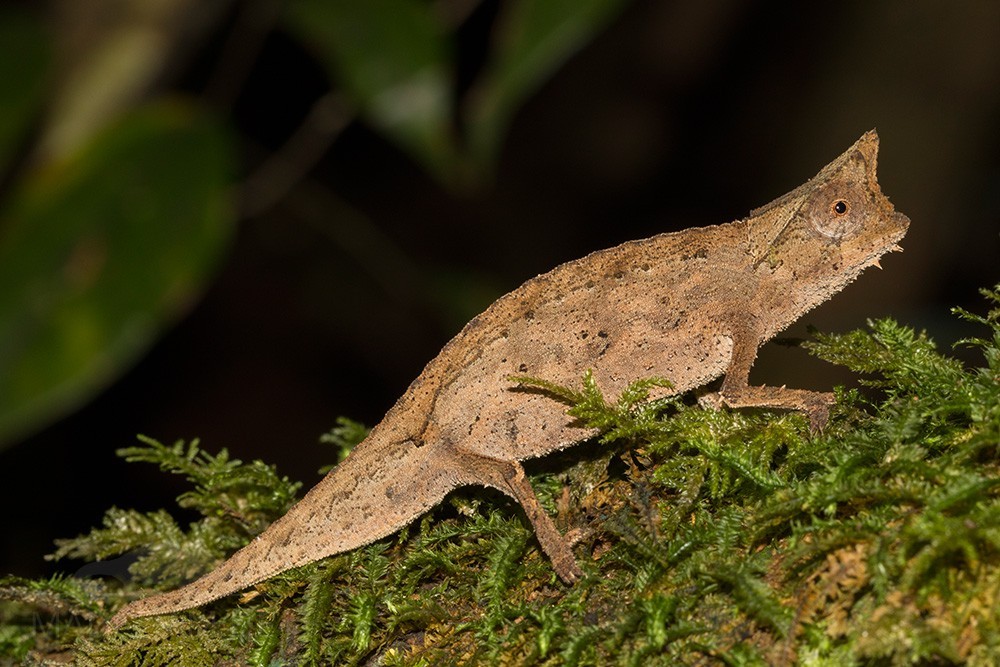 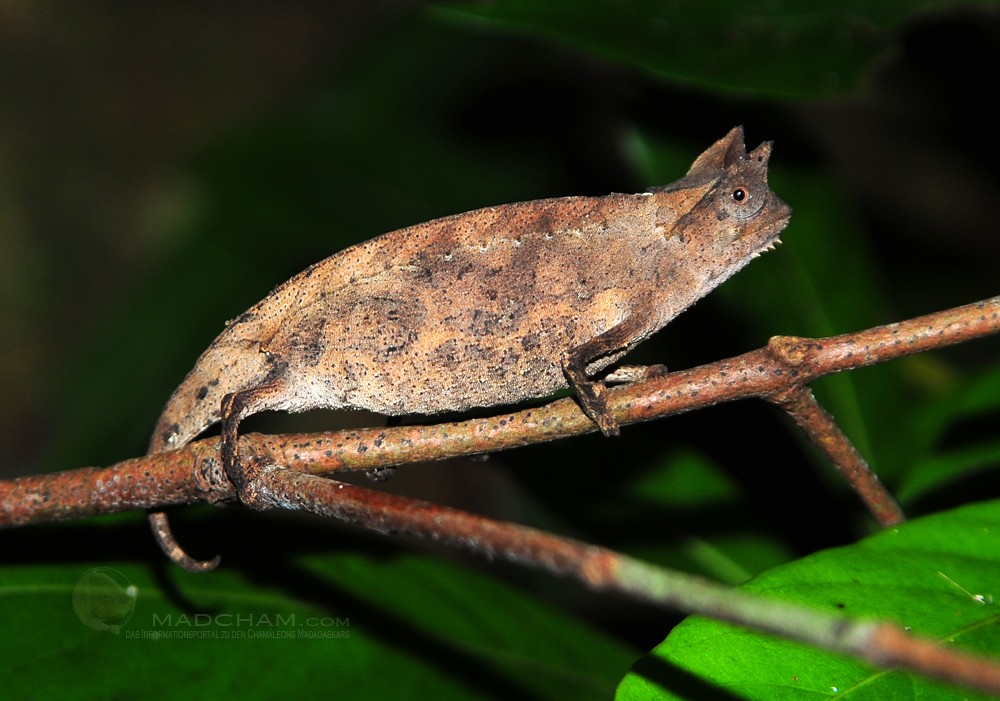 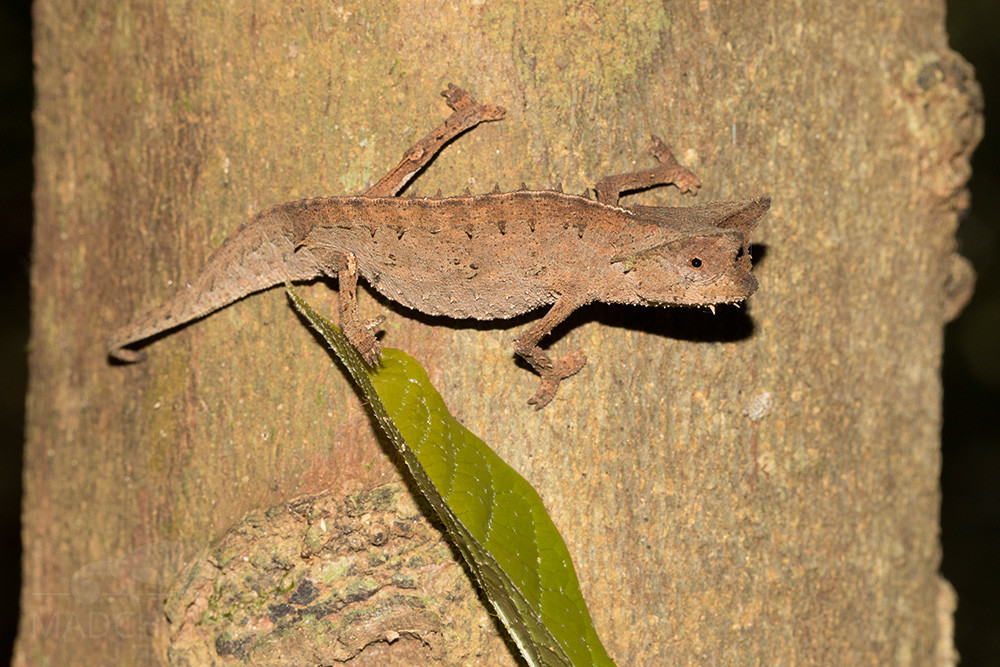 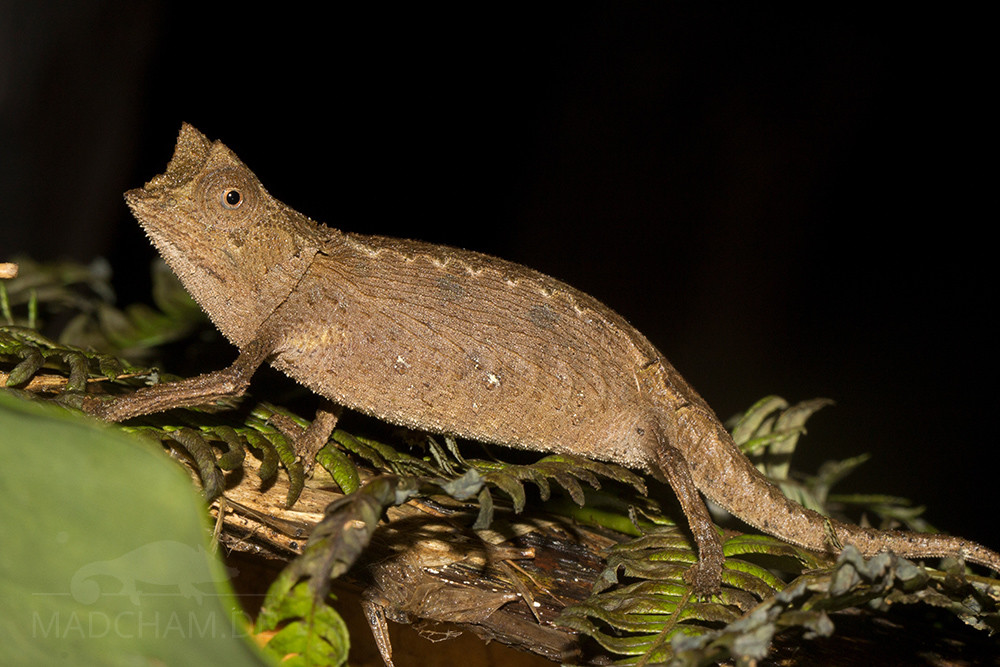 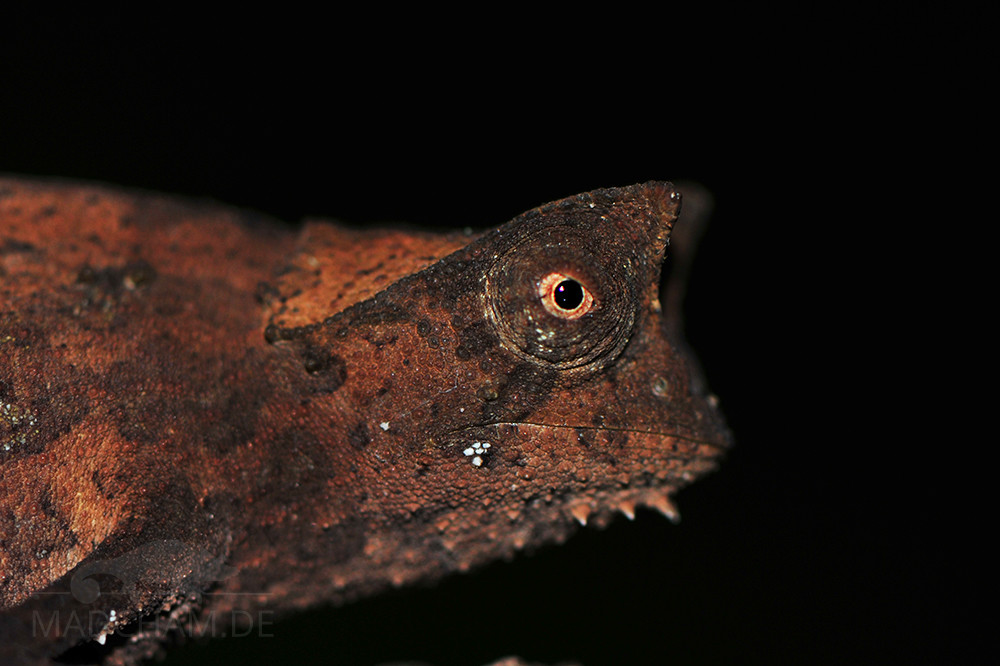 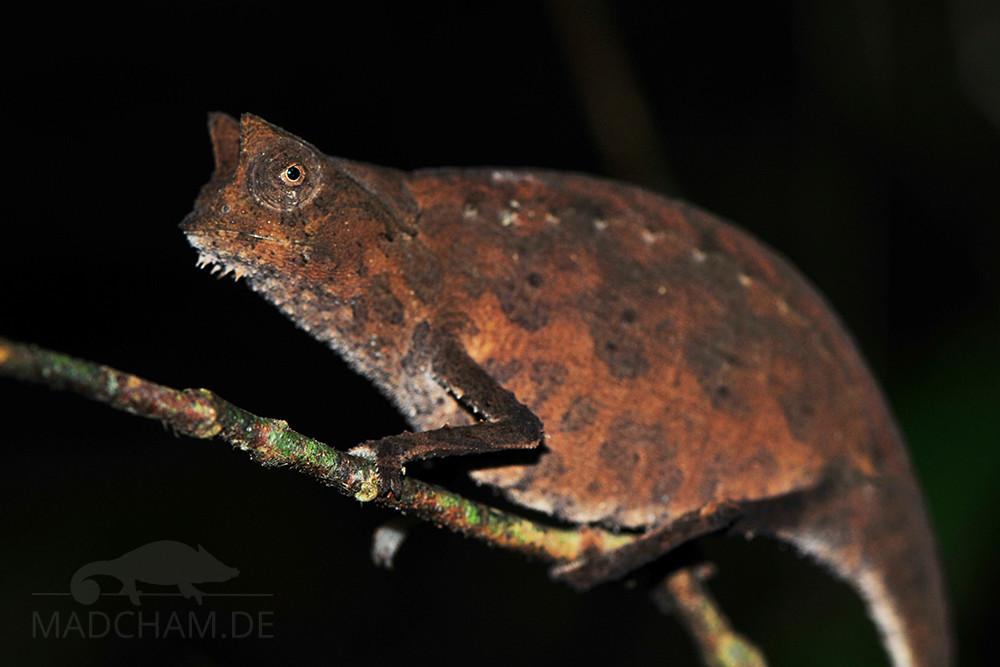 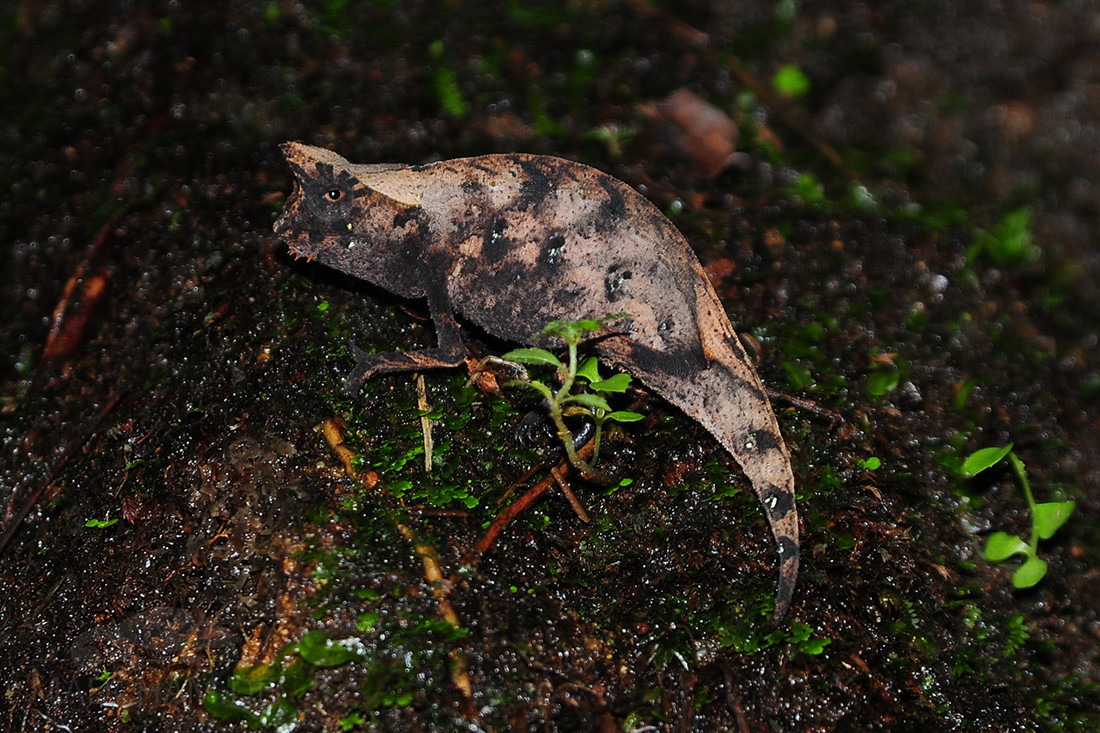 Édouard-Raoul Brygoo (later working at the Natural History Museum in Paris, France) and Charles Antoine Domergue of the then Institut Pasteur in Antananarivo, Madagascar, named the species after the biologist Yves Thérézien. Jean Thiel had brought animals of the species from Andasibe to Institut Pasteur in Antananarivo for scientific research in 1967, but another leaf chameleon was already named after him. Thérézien later worked at the Natural History Museum in Paris, France, where Brygoo and Domergue later worked as well. He was mainly concerned with freshwater algae and fish and worked in various institutes on Madagascar from 1958 to 1966.

This small chameleon species is distributed in Madagascar’s eastern rainforests around Andasibe-Mantadia national park. We have found it successfully yet in the middle of the Vohimana reserve. Like all other leaf chameleons, the individuals of this species live in the forest litter, well hidden beneath the foliage or on small branches just above the soil.

This is a rather large leaf chameleon with a total length of 90 mm in males. Females reach a maximum of 68 mm. The ground colors of Brookesia therezieni are brown to beige, in general, they look similar to Brookesia superciliaris, but have a more heterogenous scalation. They also have a strong bone appendage above the eye and a point-like tubercle on the chin. To each side, there runs a series of ten or eleven spines that are – in contrast to B. superciliaris – continued on the tail. Some individuals have brighter areas on the belly.

The following pictures show the habitat of Brookesia therezieni during the rainy season in Andasibe and Vohimana. The habitat is always moist with rich undergrowth, moss, ferns and lots of small bushes and plants. This species occurs only inside rainforests and avoid any secondary vegetation.

Below you will find some 360° images from Analamazaotra. With the mouse, you can rotate in all directions. If you click on the Theta logo, the images will open in an enlarged view in a separate window. There is also the possibility to run the pictures in full-screen mode. Have fun watching!