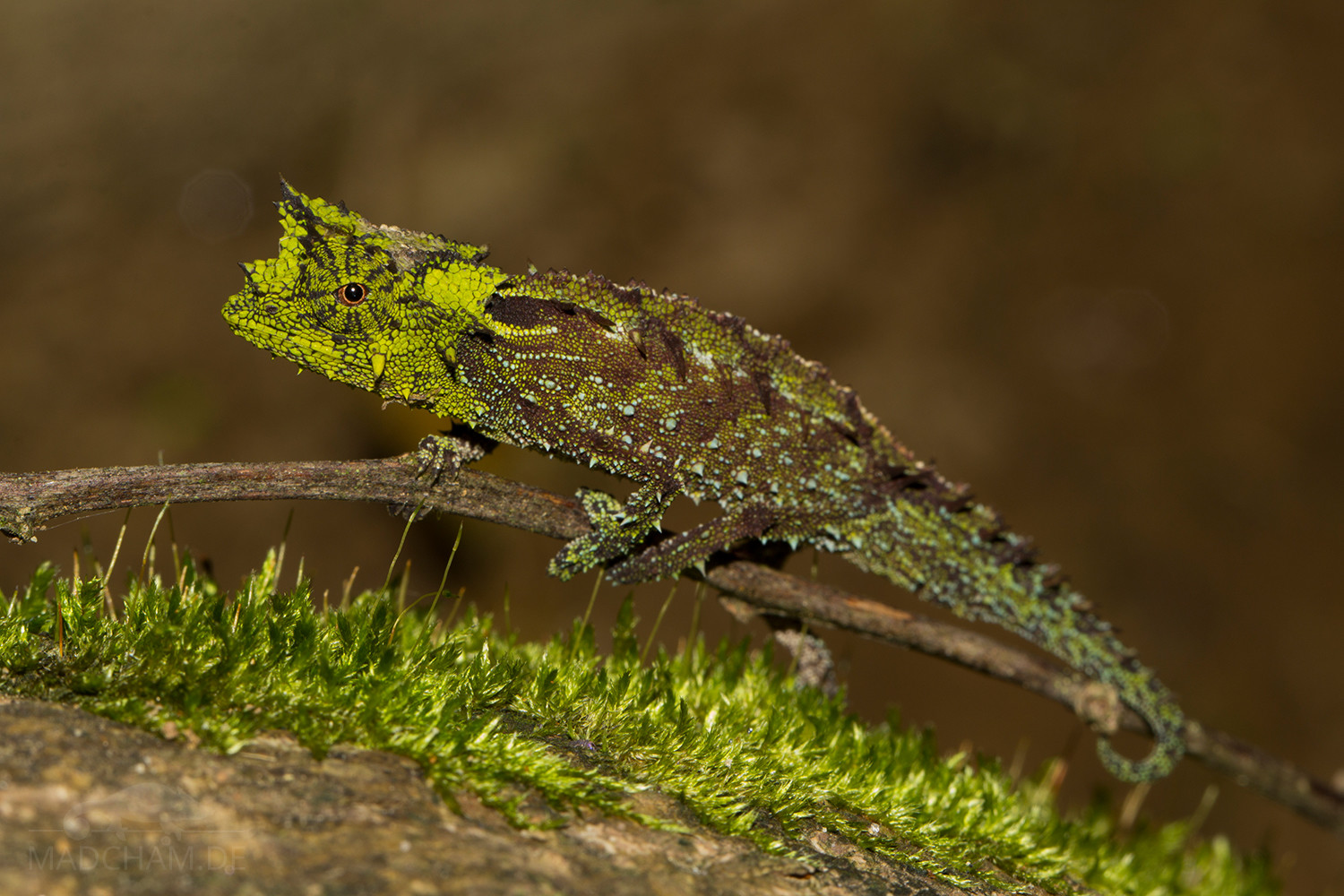 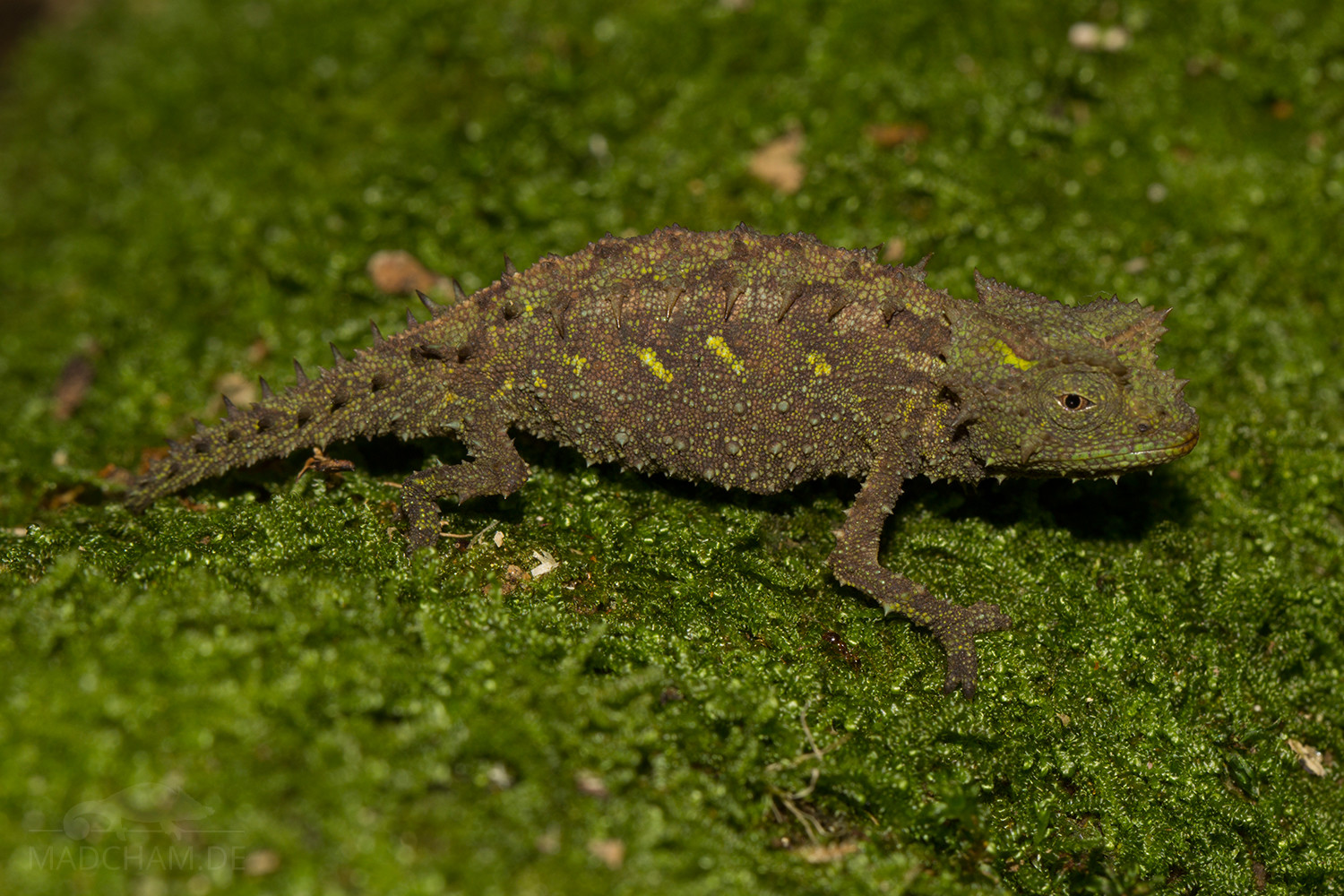 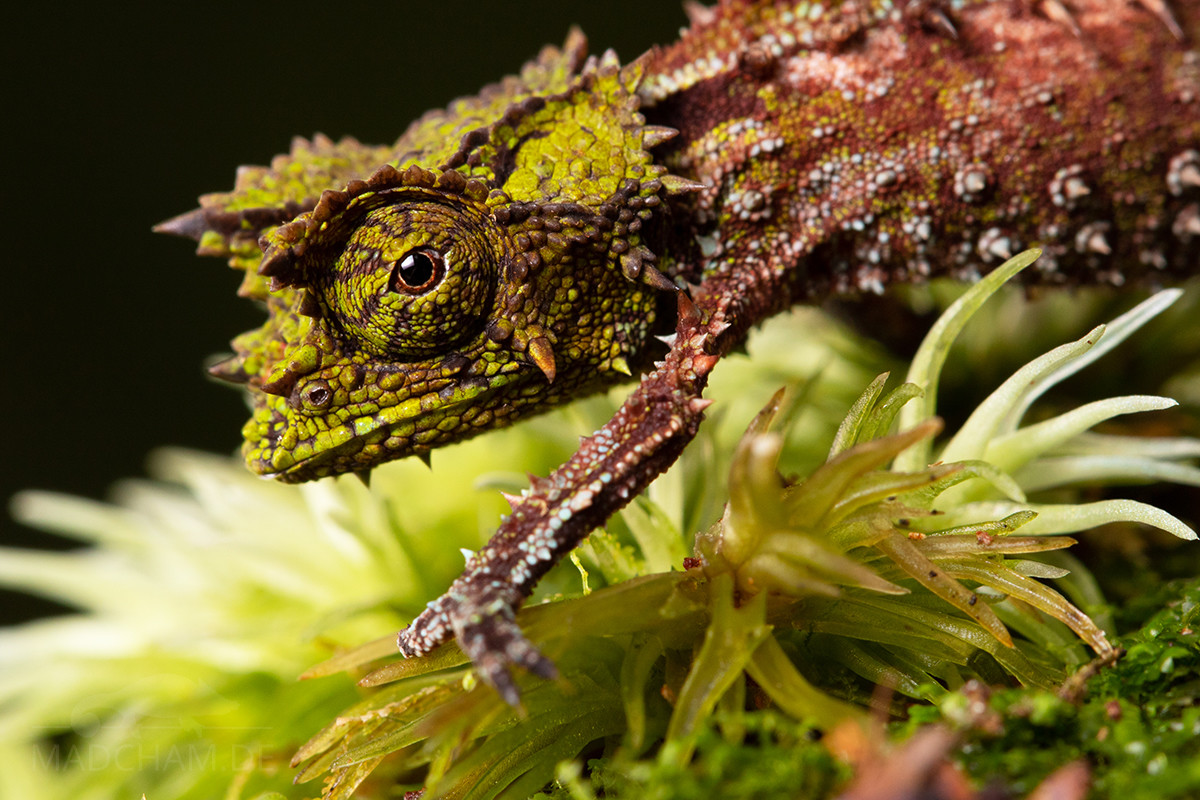 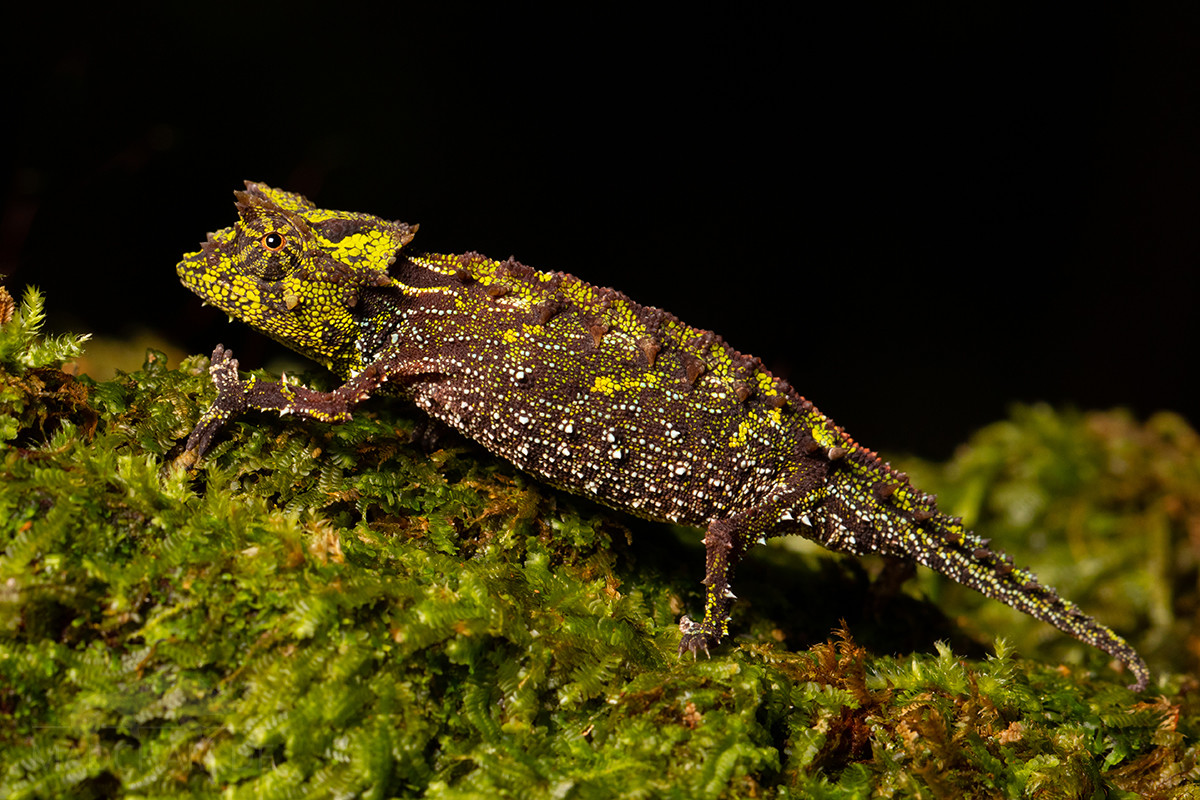 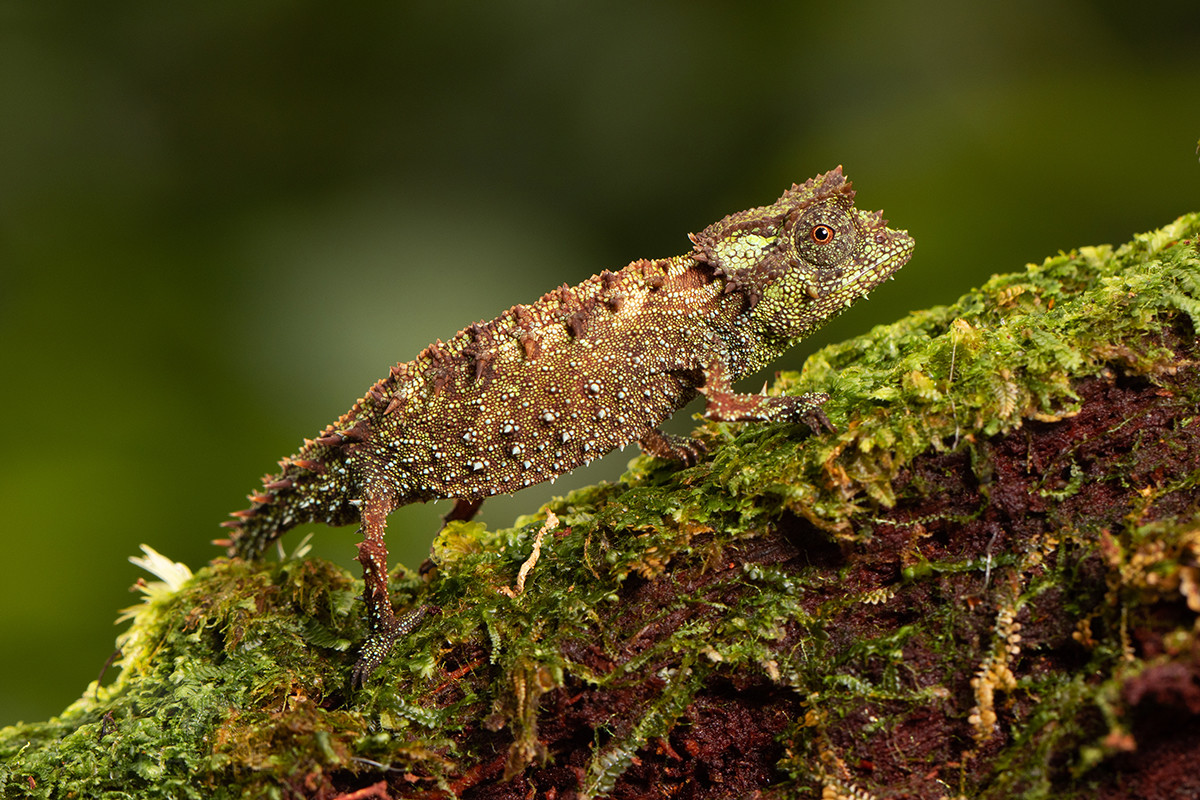 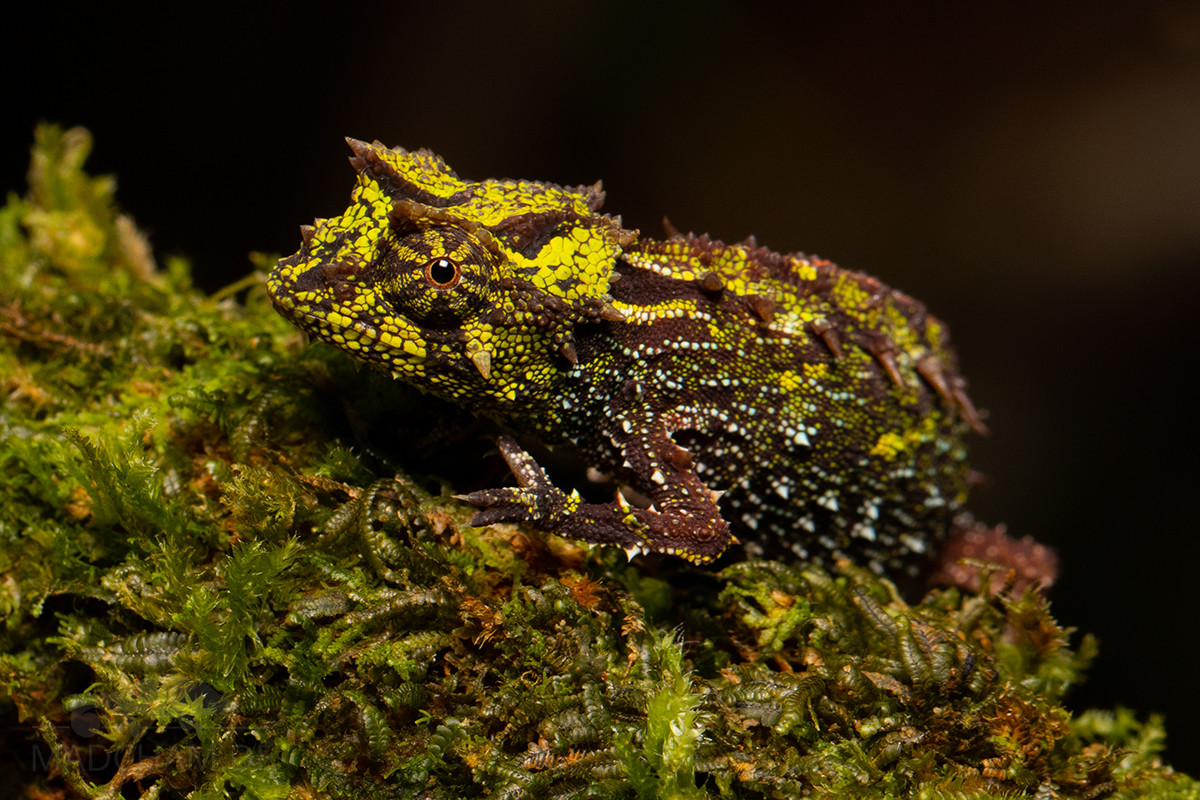 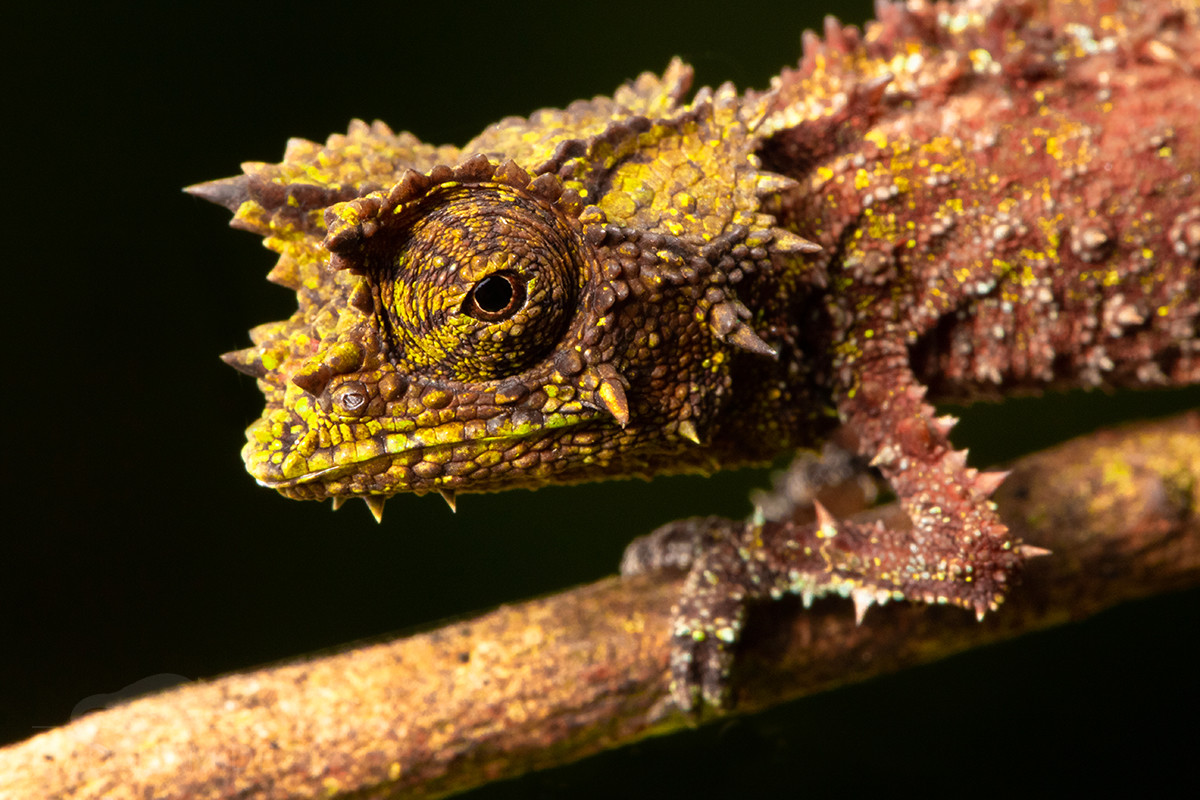 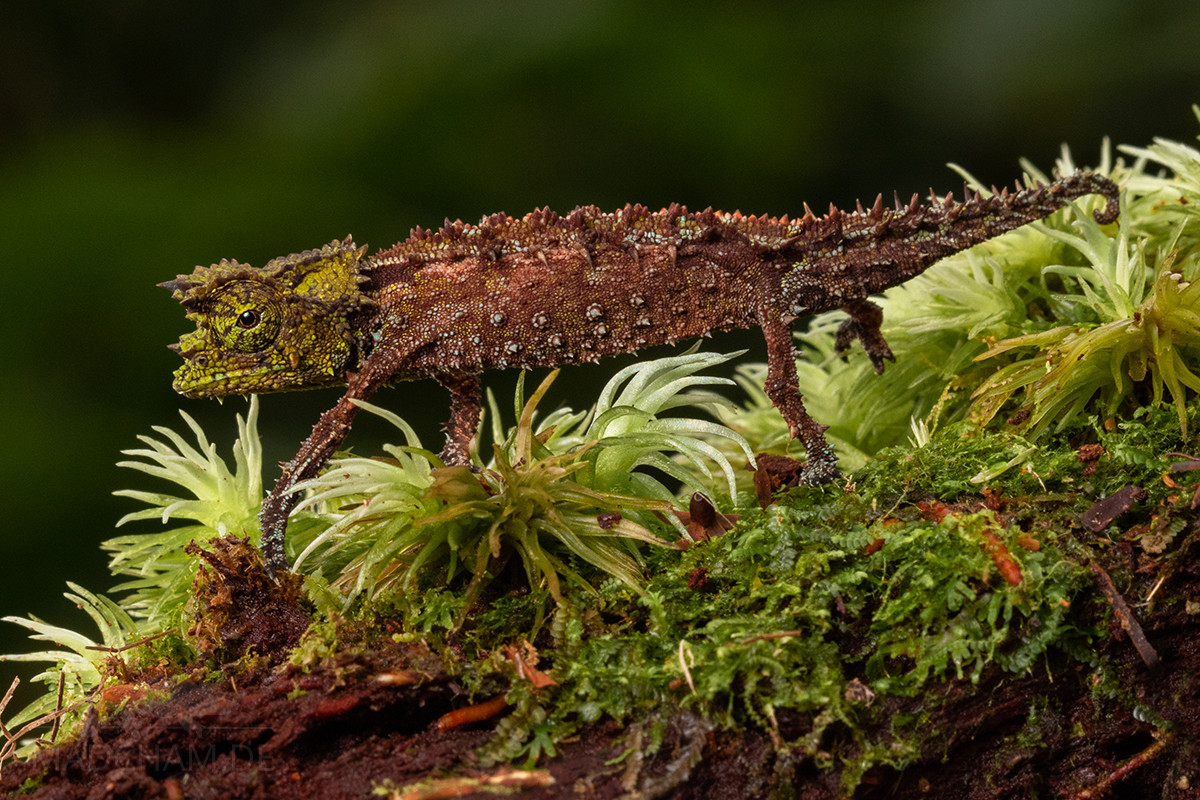 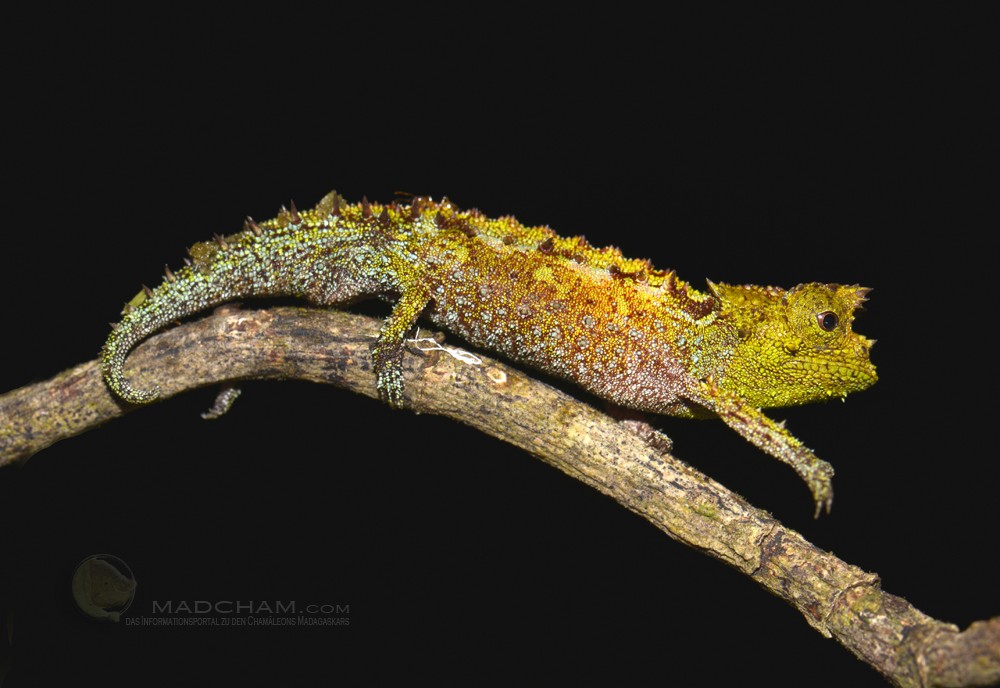 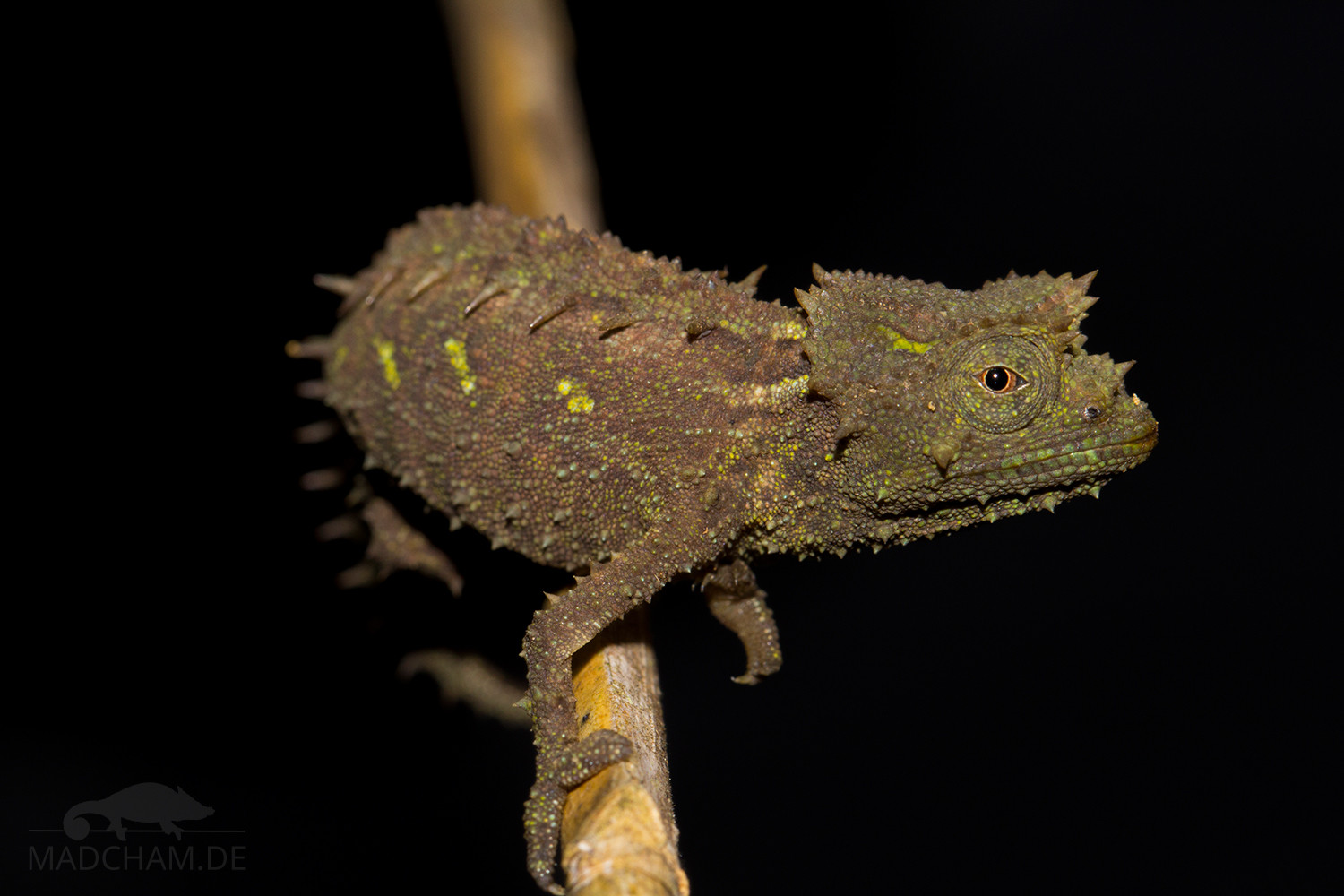 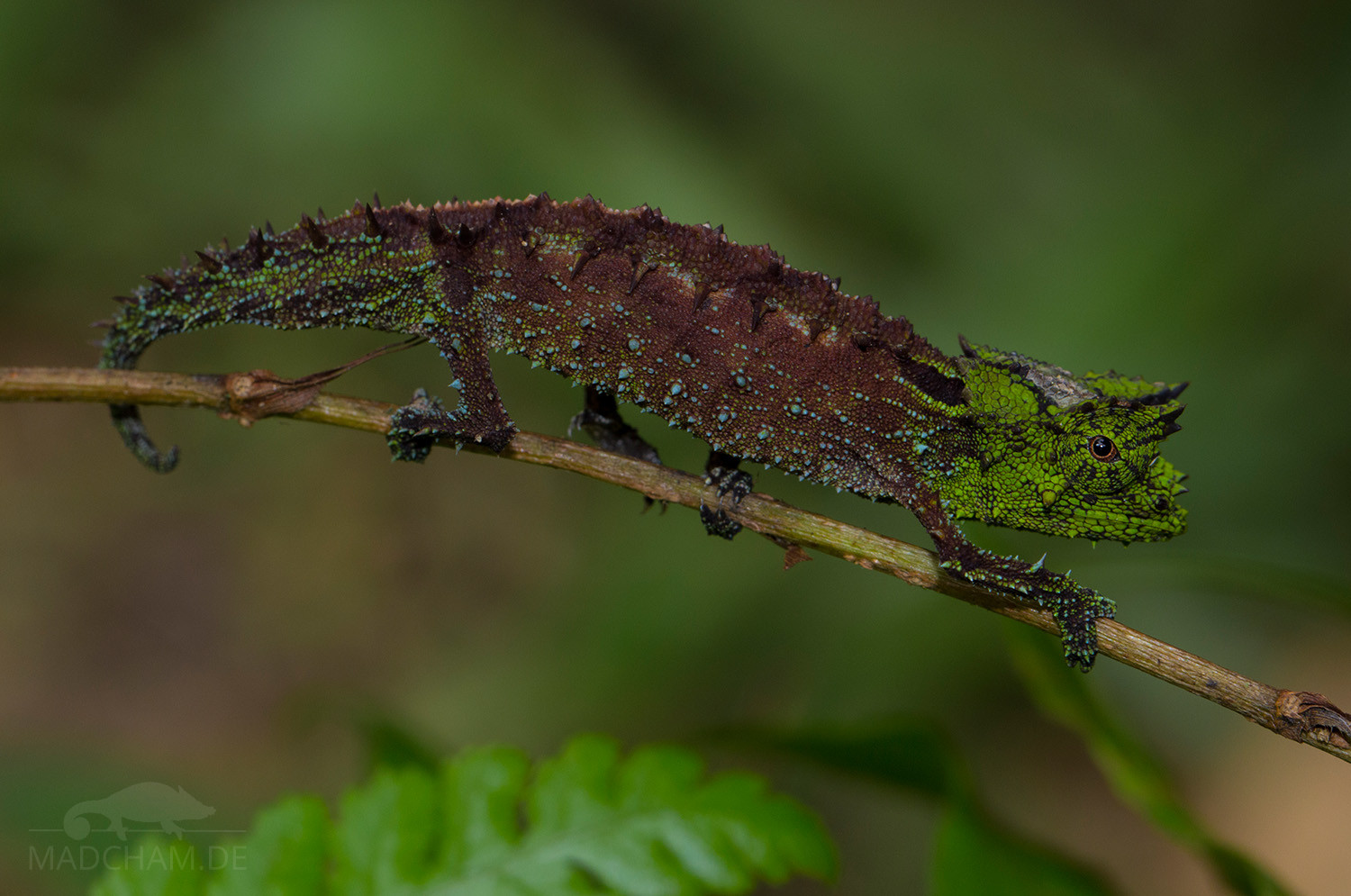 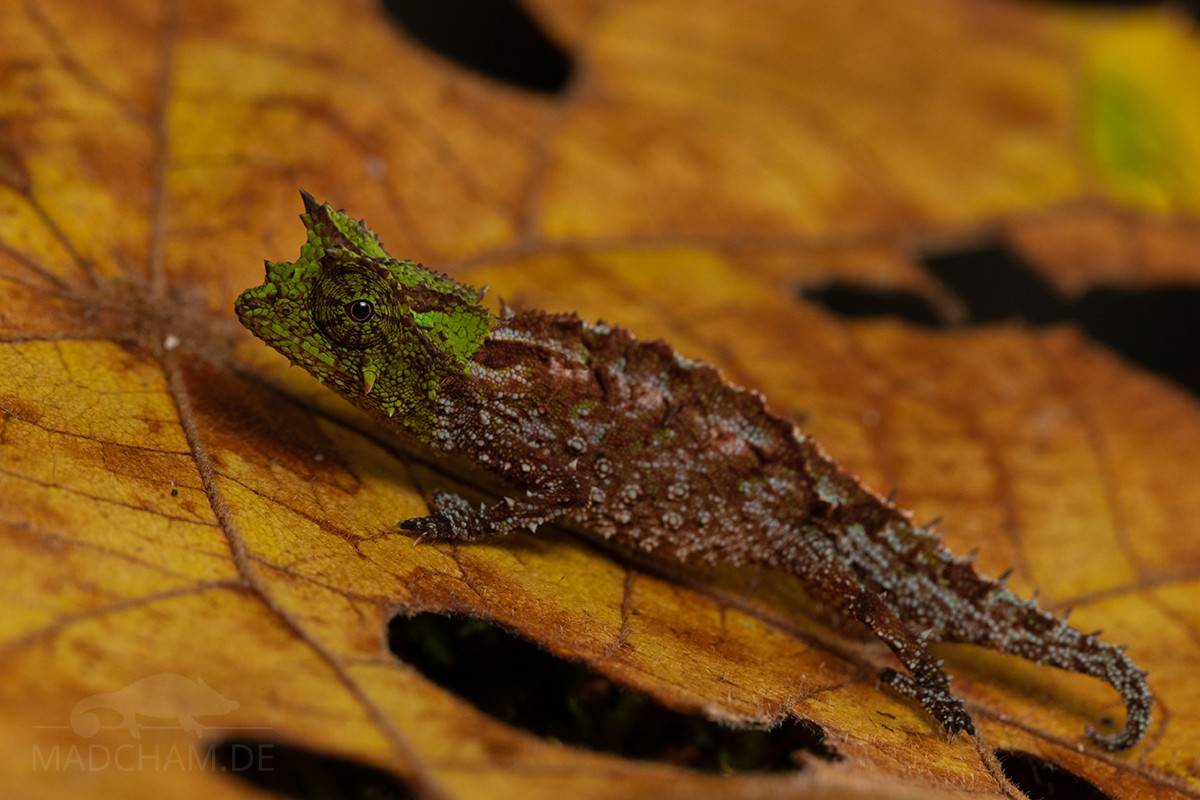 Édouard-Raoul Brygoo and Charles Antoine Domergue were brought two Brookesia vadoni to the Institut Pasteur in Antananarivo in 1967 by the two entomologists Jean-Pierre Léopold Vadon and Jean-Marie Betsch. The animals had originally been collected by André Peyriéras in Masoala. The two leaf chameleons lived for two months before they died due to a lack of knowledge about keeping and feeding conditions. In 1968, Peyriéras sent two more animals to the capital of Madagascar. Brygoo and Domergue, who later both worked at the Natural History Museum in Paris (France), finally named the species after Vadon. Vadon lived in Maroantsetra since 1934 and became a French consul. He stayed in Madagascar until the end of his life and described various insect species.

Brookesia vadoni occurs in northeast Madagascar in tiny areas in Marojejy, Anjanaharibe-Sud, and Masoala national park. Almost all distribution areas are completely isolated from each other. They live in the foliage of the rainforest. We have been able to find this species in Marojejy, in very inaccessible canyons on an extremely limited area of less than 100 m². Despite the existing knowledge about the habitat of Brookesia vadoni, it is unbelievably difficult to find this species in the dense, wet leaf litter. It is unknown how many specimens still exist. In Masoala, only a few individual of this species has been found for years. 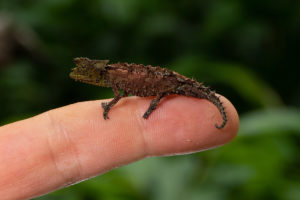 With a length of 57 to 58 mm, this is a middle-sized species among leaf chameleons. It has conspicuous bright colors, and no other Brookesia wears a similar color range. Brookesia vadoni males have yellow and blue spots with various shades. Additionally, both genders have nine latero-vertebral spines that are continued on the tail. They have tubercles on their chins and a distinct cone between nose and eyes, as well as well developed supraocular cones. The population in Marojejy has yellow heads, whereas the specimen in Masoala has green colored heads. The females are usually a little more inconspicuous, they wear a dark brown with yellow, arrow-like stripes on the sides. However, we have also found single females, which were in no way inferior in color to the males.

Colour and the spiny look are extremely extraordinary among leaf chameleons, all others are brown, beige or maximally slightly yellow.

The following pictures show the habitat of Brookesia vadoni in Marojejy. Marojejy is a pristine rainforest with huge tree giants and endless very dense undergrowth. Pieces of bark, foliage, moss, ferns, lichens, and liana as well as lots of shrubs, everything is in this forest. The ground is partially very rocky.

Below you can find some 360° pictures from Marojejy. With the mouse, you can rotate in all directions. If you click on the Theta logo, the pictures will open in an enlarged view in a separate window. There is also the possibility to run the pictures in full-screen mode. Have fun watching!