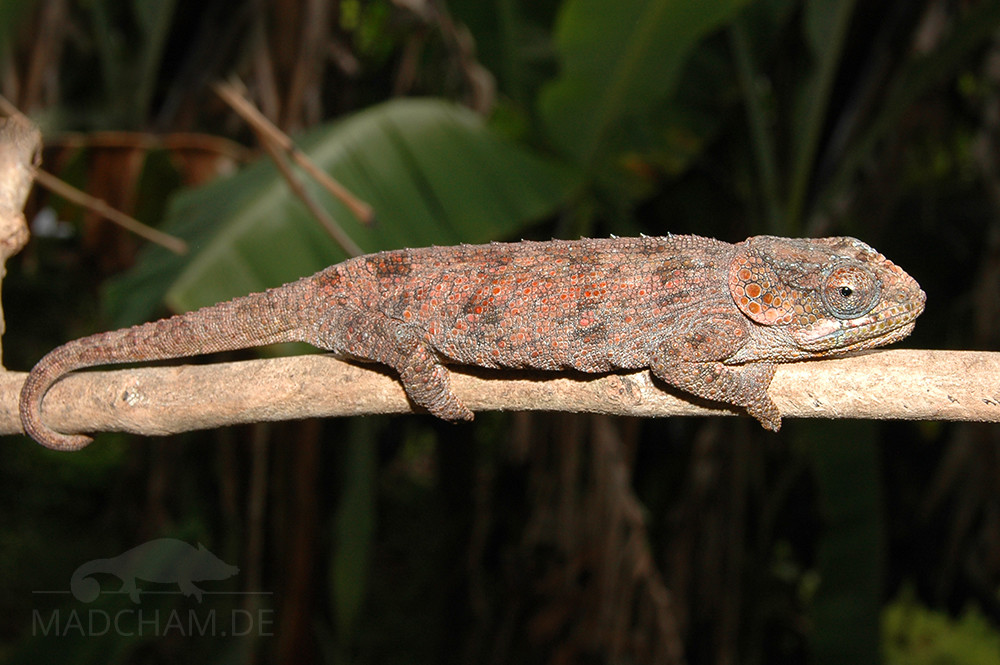 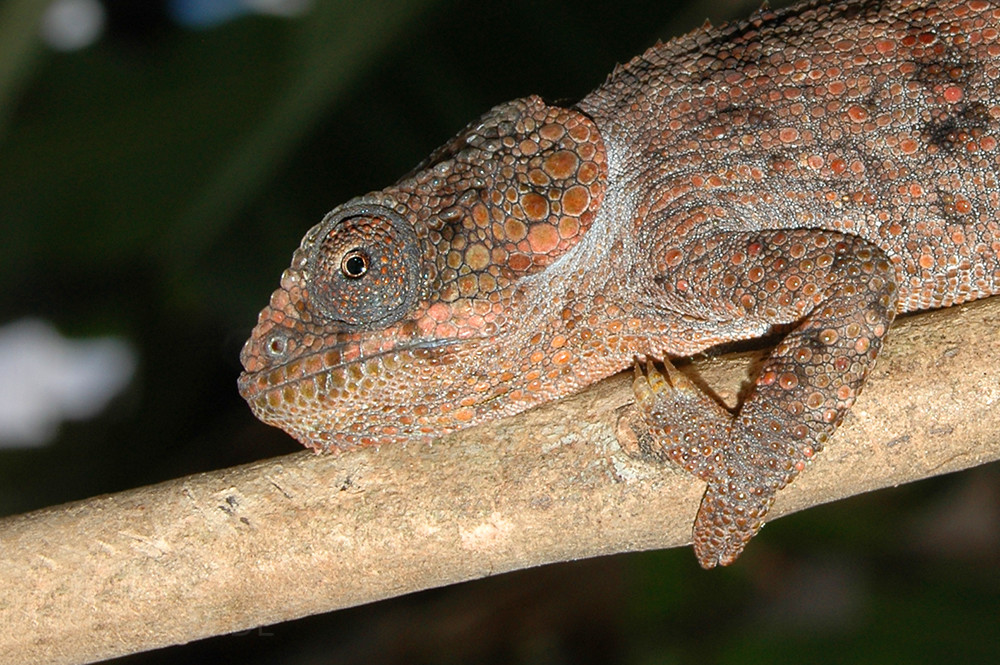 The Dutch herpetologist Dick Hillenius received his doctorate in 1959 on the genus Chamaeleo at the Zoological Museum of Amsterdam (Netherlands). At that time Calumma brevicorne was still called Chamaeleo brevicornis. Many similar-looking chameleon species, including Calumma hilleniusi, were not yet known and described as such. Hillenius already recognized in his doctoral thesis that the chameleon population from Ankaratra was clearly different from the “normal” brevicorne. In 1973, Calumma hilleniusi was finally described as an own species. The three authors of the new description were Édouard-Raoul Brygoo and Charles Antoine Domergue from the then Institut Pasteur in Antananarivo and Charles Pierre Blanc from the zoogeographical laboratory of the University Paul Valéry in Montpellier (France). They dedicated the species to Dick Hillenius for his foresight 14 years earlier.

Calumma hilleniusi occurs on the slopes of the Ankaratra Massif in the central highlands of Madagascar. The Ankaratra Massif is of volcanic origin and lies in an imaginary triangle between Antananarivo, Ampefy, and Antsirabe. The former volcanic craters are now lakes and surrounded by small forests. The highest areas of the Ankaratra massif belong to the Manjakatompo Ankaratra Protected Area, established in 1922 and designated a reserve in 2015. The chameleons actually occur quite high up, at elevations between 1950 and 2200 meters above sea level. We actually found them lower many years ago, just not far west of Ambatolampy at around 1600 m. Since then we have not yet been able to rediscover Calumma hilleniusi. According to few observations on iNaturalist, this slightly lower living population still exists today.

Calumma hilleniusi belongs to the small chameleons with a rather heterogeneous scaling. Males grow up to 15 cm long including the tail, females only slightly smaller. Both sexes bear medium-sized occipital lobes, which are completely separated from each other. The scales on the occipital lobes are significantly larger than those on the rest of the body. The dorsal crest consists only of single, widely separated, high conical scales. They extend to the tip of the tail. There is no ventral crest in Calumma hilleniusi.

Male Calumma hilleniusi carry a very small nasal process that barely extends beyond the snout. They also have a narrow gular crest consisting of only six cone scales. Males are predominantly light green in coloration on the body and bear an indistinct gray-white lateral stripe.  Some bear light blue accents on the head area. Female Calumma hilleniusi are brown to beige in color, and the occipital lobes and rostral crest are often reddish. Females sometimes bear a gular crest and sometimes do not.

The data given were measured and compiled by us within one year with thermo- and hygrometers in Ankaratra. "Average temperature" means that the values of an entire month were calculated to an average value, e.g. all measured minimum values of a month were calculated to an average minimum value for February. This means in plain language that individual peak values of a day can be significantly higher or lower than the average minimum and maximum values. So it is possible that while the average maximum is 29 degrees, it was 33°C or even 35°C on some days of the month.

Ankaratra is located in the central highlands of Madagascar at an altitude of up to 2600 m above sea level. It is therefore the highest area of the highlands: Montane forests, where it is correspondingly cold. The climate is overall subhumid.

In the rainy season, the region reaches its maximum temperatures at around 20°C, in the sun it can get up to 28°C. At night it gets sensitively cold, temperatures around 15°C are the rule. It rains almost every day from November to the end of March, only with the onset of the dry season from April the rainfall decreases. During the dry season, the higher elevations of the Ankaratra massif reach near-freezing temperatures of up to 3°C between June and August. Cold and especially the very cold dry season in contrast to the warmer rainy season is one of the key elements of the climate of Ankaratra.

Photos will follow as soon as we were back on site. The habitat of Calumma hilleniusi is quite special on Madagascar. The mountain forests of Ankaratra are rich in plants with extremely many, small leaflets and herbaceous, very dense growth. Several plants are spiny. Very common are Weinmannia species. Summer lilac (Buddleja) and a species of holly (Ilex mitis) also make up a large proportion of the plants. In the higher areas, the plant growth becomes lower and more like heather. There are entire fields of heather, little scrub, and low growing plants. Surprisingly, however, Calumma hilleniusi do not seem to be exclusively tied to this very specific habitat. They also occur in pine forests introduced to Madagascar.