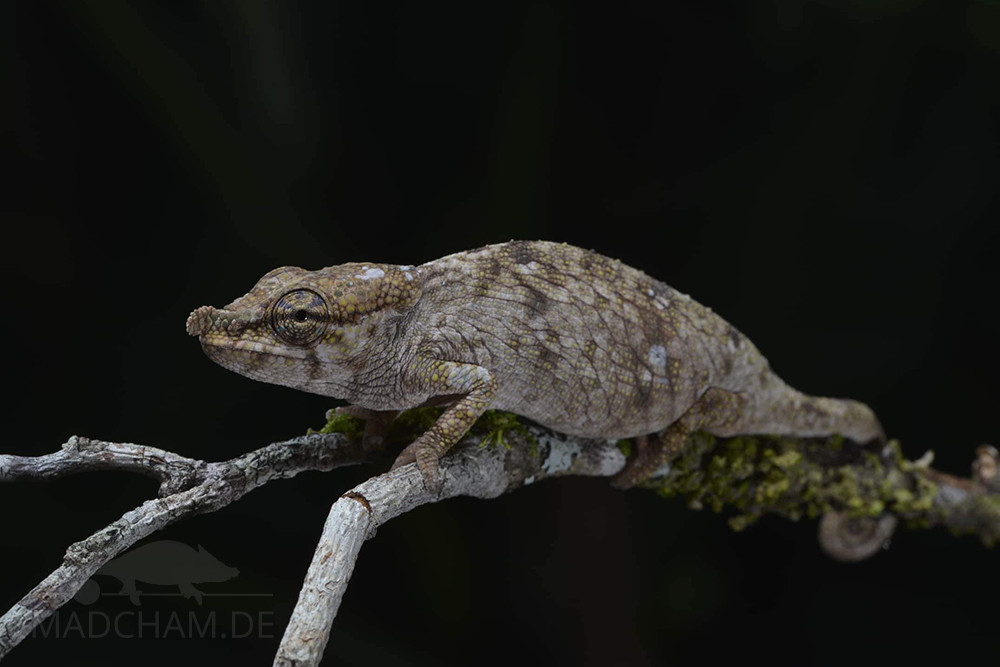 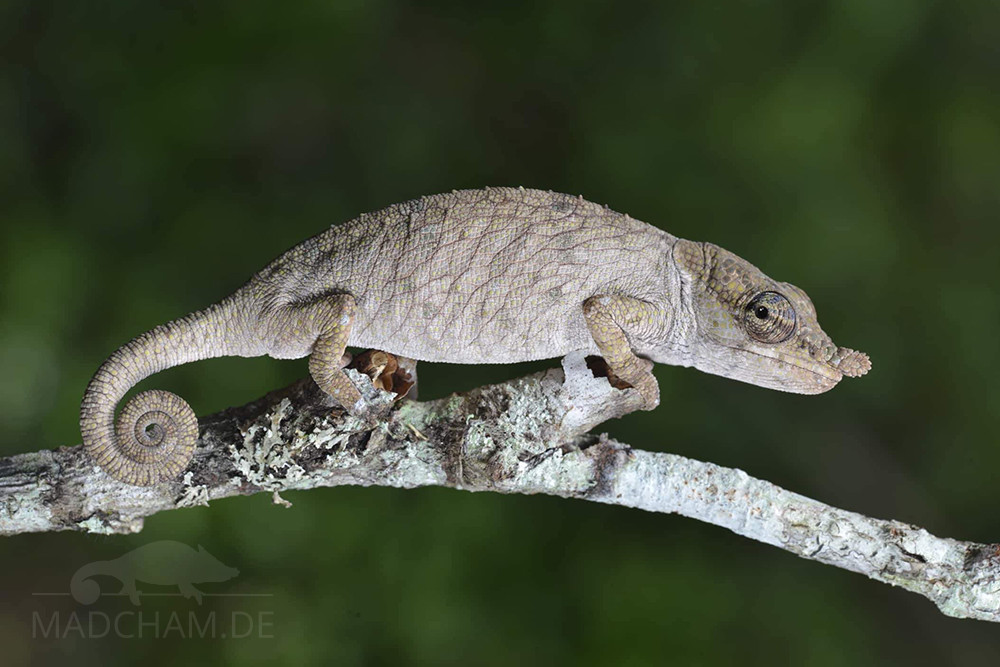 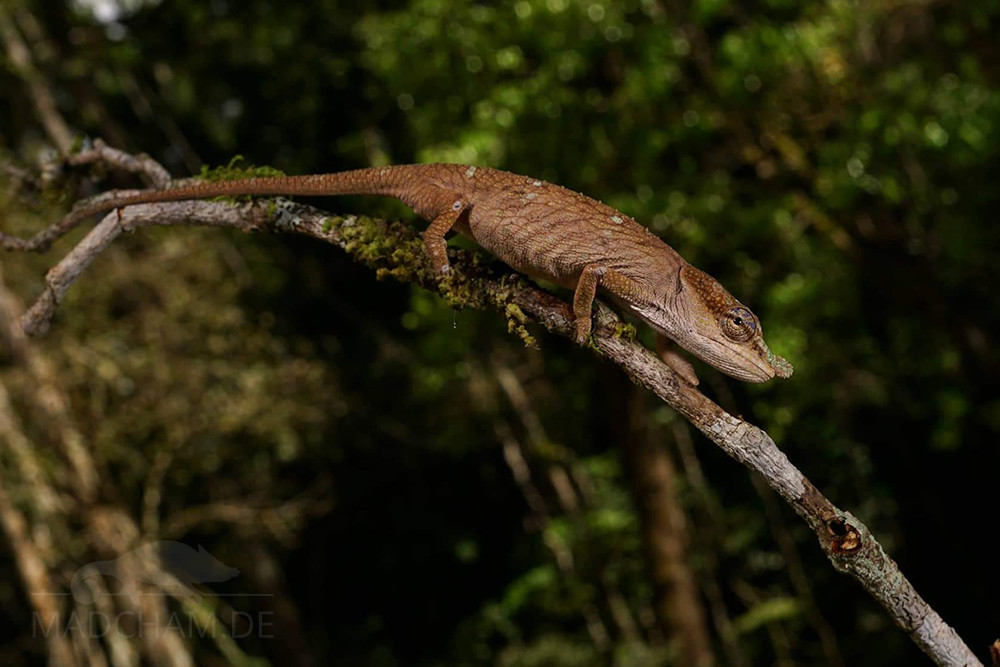 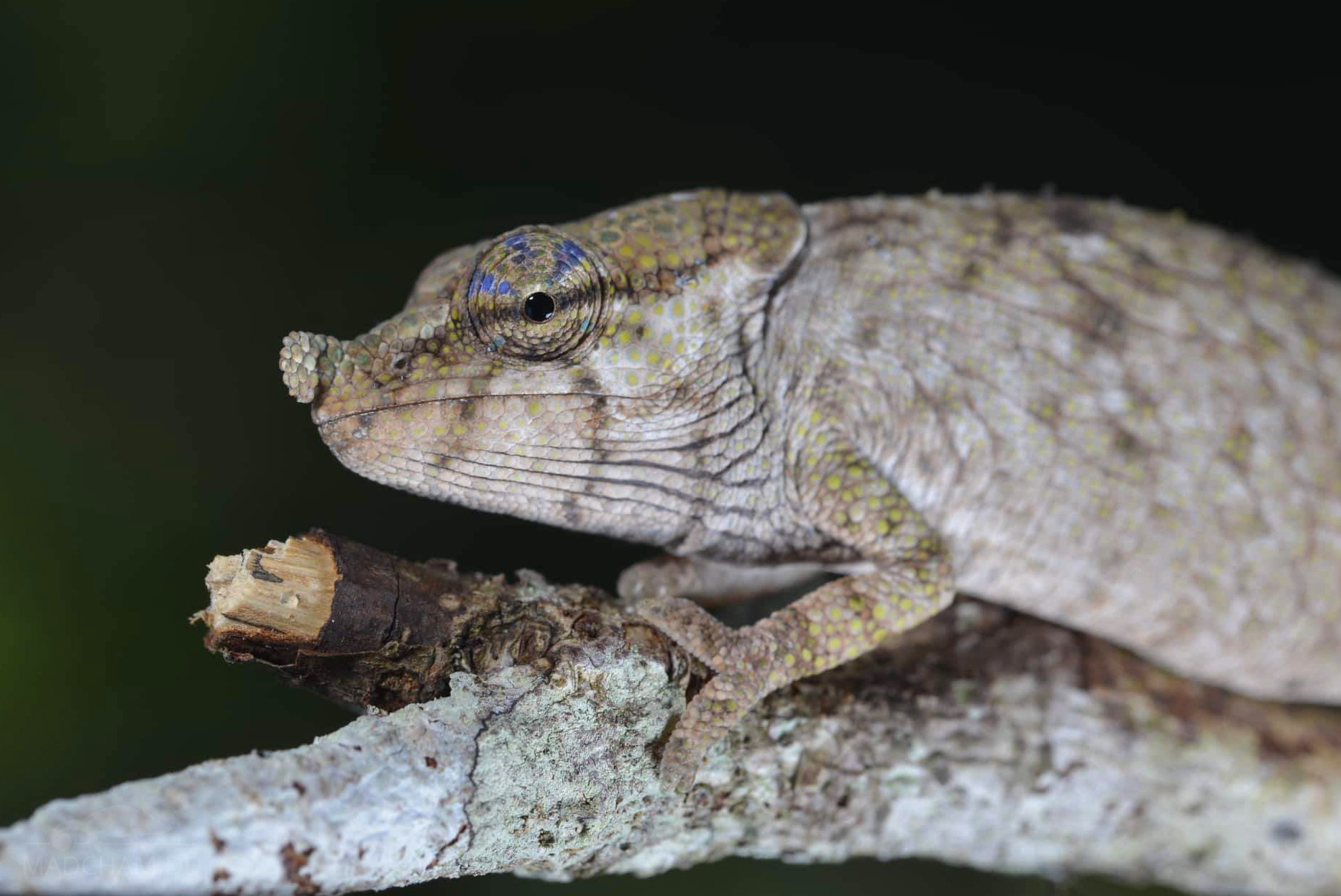 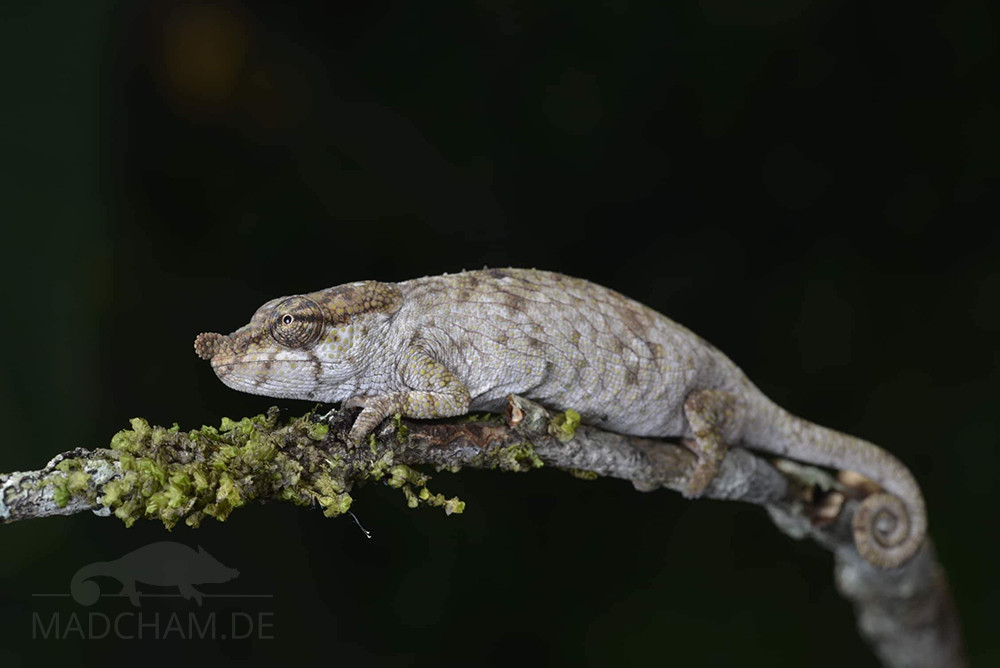 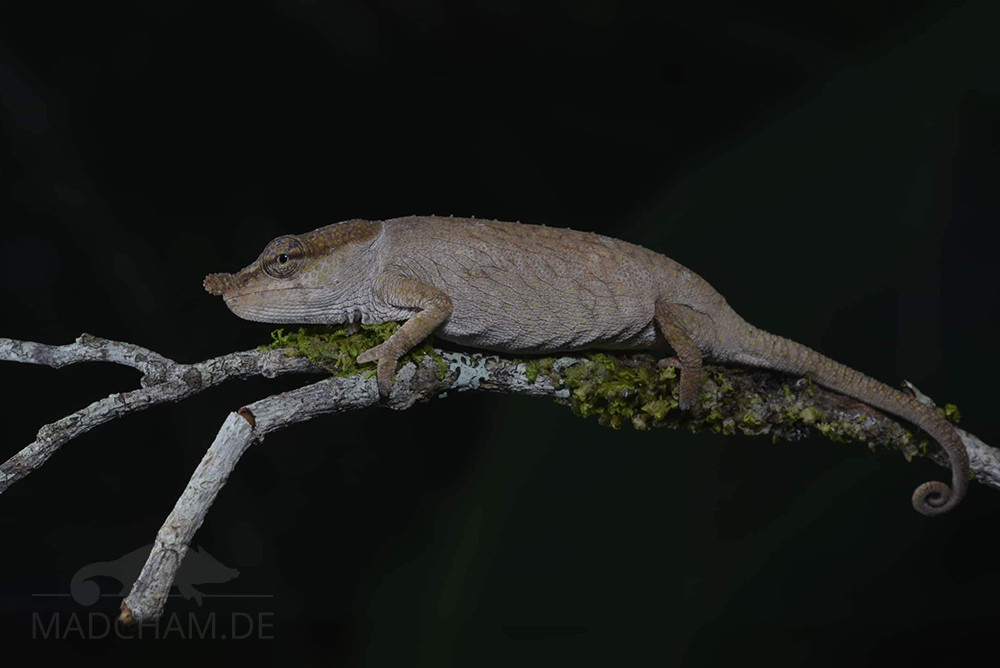 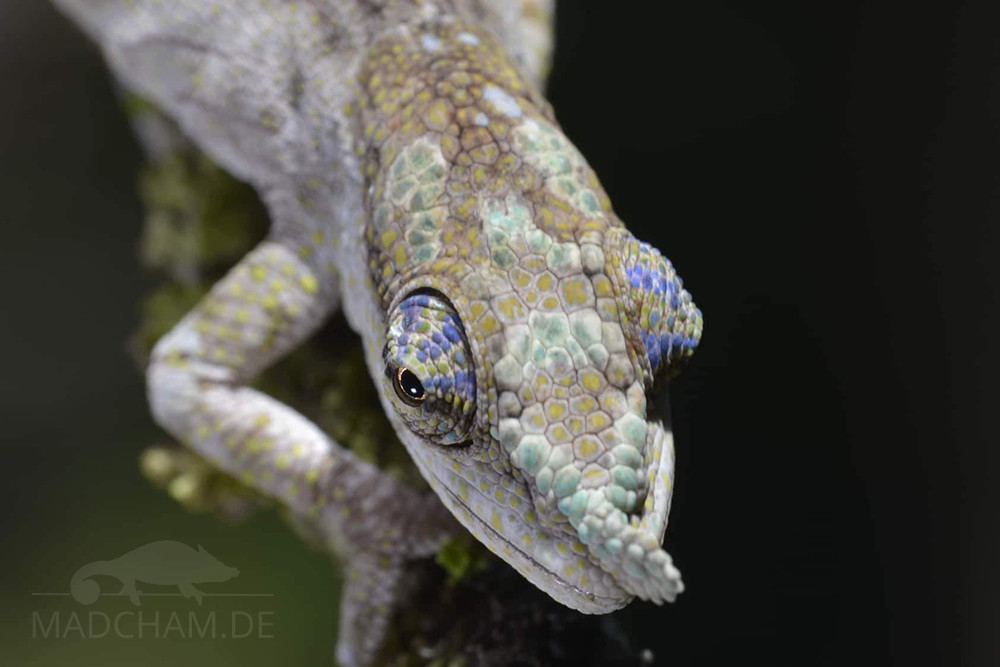 Up to now, Calumma juliae is exclusively known from a very small forest area near Moramanga in the eastern highlands of Madagascar. It is rather a remnant of forest, which is already almost completely surrounded by rice and cornfields. Whether the species occurs in other forest remnants of the region is not yet known. However, one must currently assume that the distribution area of the species is not only minutely small but also highly threatened by deforestation.

Calumma juliae belongs to the small chameleons. The females are only 10 to 12 cm long including tail. Characteristic for Calumma juliae are small occipital lobes which are not separated from each other in the middle when viewed from above. The dorsal crest consists of 11 to 14 tubercles.

The females of this species are greyish-beige to reddish-brown in color and have a small, round nose extension with light green scales. Excited animals have light green patterns on the head. The eyelids have bright blue stripes arranged in a circle, in addition, a dark horizontal stripe can run from the nose to the occipital lobes. On the arms and legs, there are slightly larger scales, which are also colored light green, than on the body

Up to now, no male of Calumma juliae has ever been found – therefore it is not yet known what it looks like. It is also unclear whether males exist at all or whether this species – which would be very unusual for chameleons – is possibly capable of parthenogenesis, i.e. reproduction without males.

The following photos show parts of the habitat of Calumma juliae near Moramanga. The small chameleons live here mainly in dense undergrowth between trees with very thin branches.