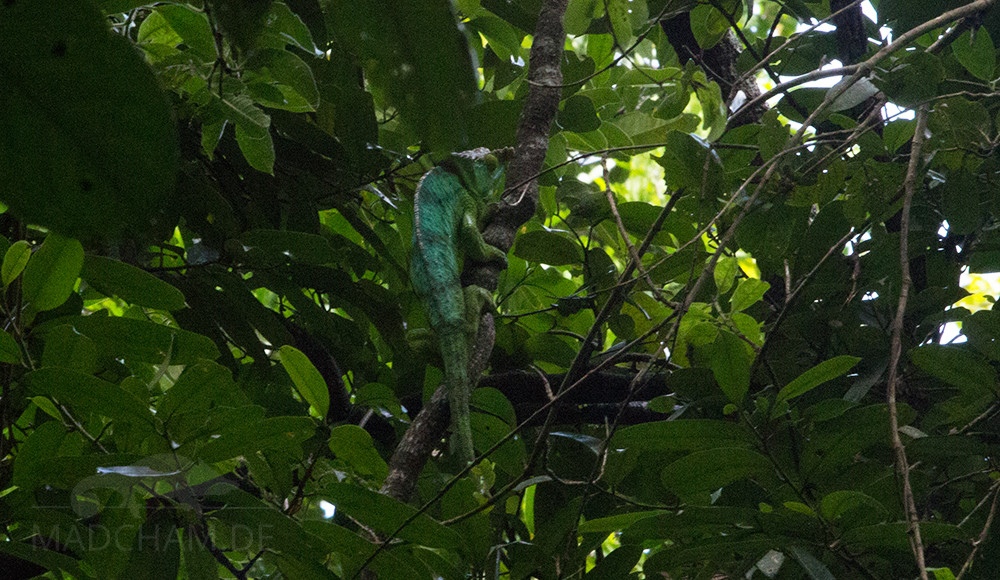 Masoala national park is located at the eponymic peninsula in northeast Madagascar. At the northern end of the Antongil Bay, also called the “cradle of whales”, there is the small coastal town Maroantsetra. The area is only accessible via airplane from Madagascar’s capital, Tana, flying to Maroantsetra. Although the street along the east coast from Toamasina (Tamatave) still exists and is still called a Route Nationale, it is in such disastrous condition that no one drives voluntarily there. Masoala itself mainly consists of primary forest and is only accessible by boat. Maroantsetra, in contrast, has been surrounded by secondary vegetation for years. But Calumma parsonii parsonii does not only live in Masoala but also in different places around Antongil bay.

The color variation “green giant” is very special since there exist few pictures from Calumma parsonii parsonii living around Maroantsetra. This may be caused because chameleons are not easy to find there, in our experience, they prefer trees with heights of more than 15 m and only rarely climb down, e.g. for egg-laying. Until now, we were two times lucky to see green giant males, but the always were too far away to take good pictures. We hope to get the opportunity to have a closer look at a green giant in the future – people say sizes go far beyond 70 cm. As evident from the name, the males of this color variation are completely turquoise-greenish like the females.

Masoala's rainforest is located at the coast with broad side to Antongil bay which behaves more like an open sea concerning climate. Accordingly, spring brings cyclones each year. During rainy season, it rains very intensively on a daily base. But also dry season is not really dry but has regular precipitation.

From October to April, it is warmer in Masoala than during the rest of the year, with temperatures up to 30°C in sunny places. In the night, temperatures drop a little, but are only considerably in dry season from April to October with temperature drops to 15°C at night. High humidity and moderate warmth are the key features of this rainforest. Unfortunately, we have no ground temperatures for Masoala available yet.

Masoala is a fantastic pristine rainforest with extremely dense growth. Some trees are huge, lianas are everywhere, and the ground is streaked by small streams and rocks. Moss covers the rocks, nest ferns, and lichen cover larger trees. Calumma parsonii prefers to roam around high up in the tree crowns. 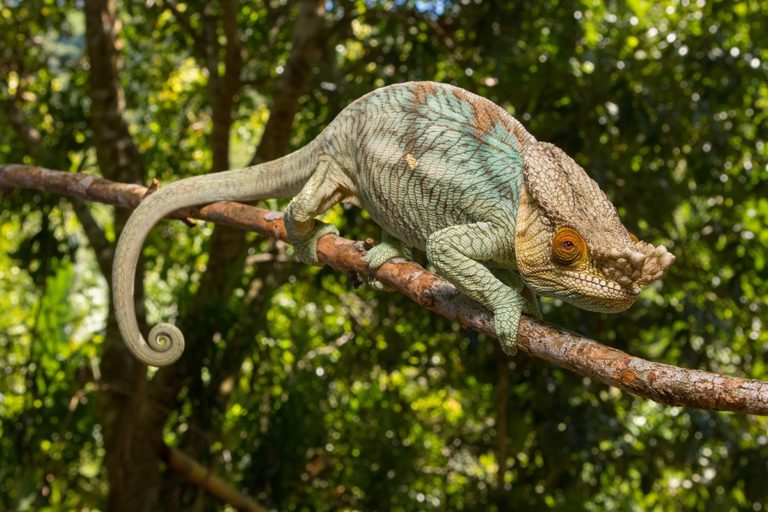 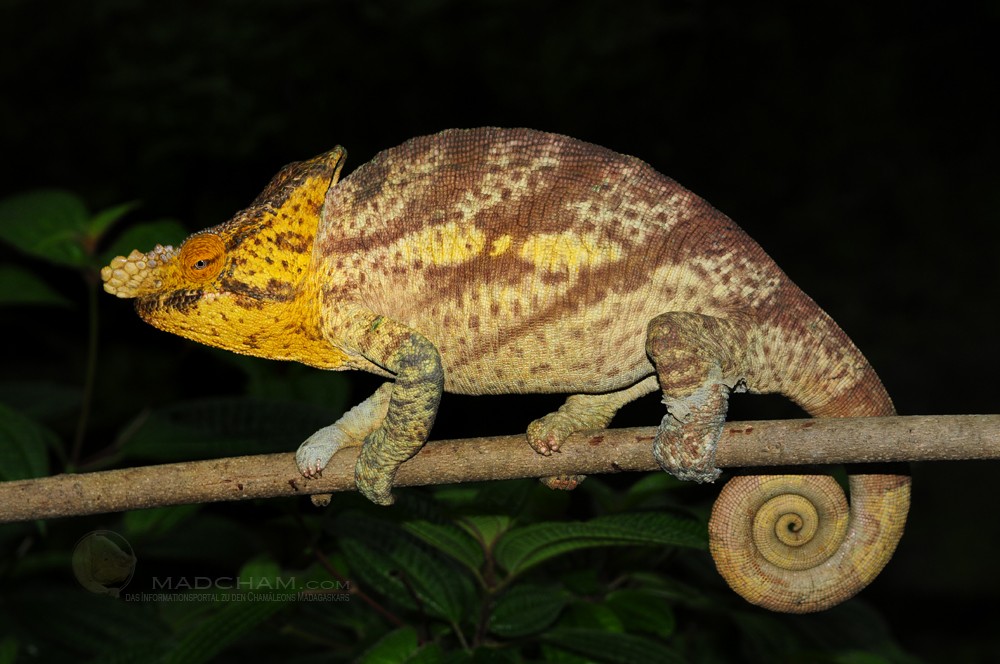 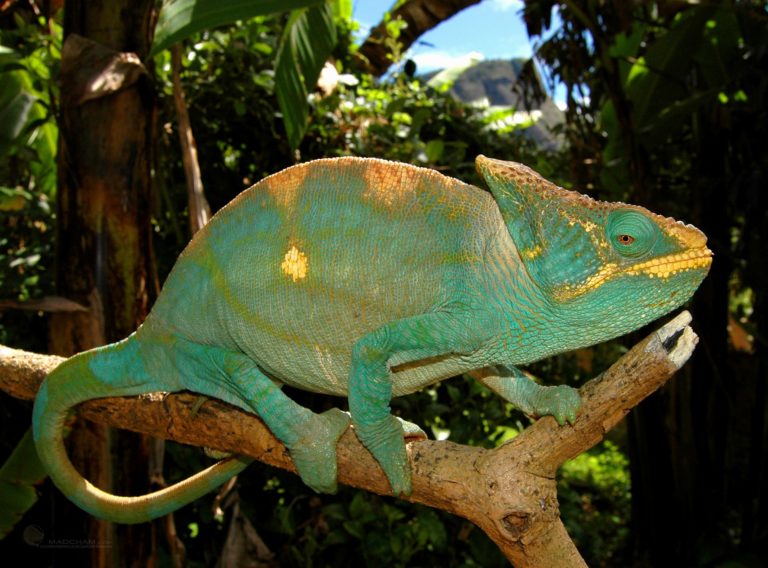