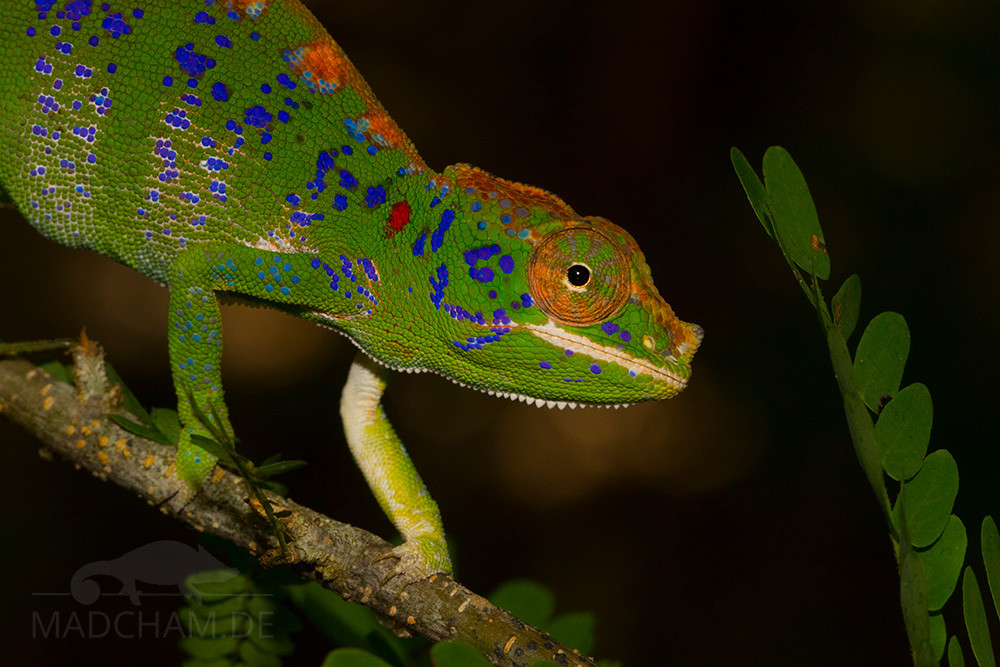 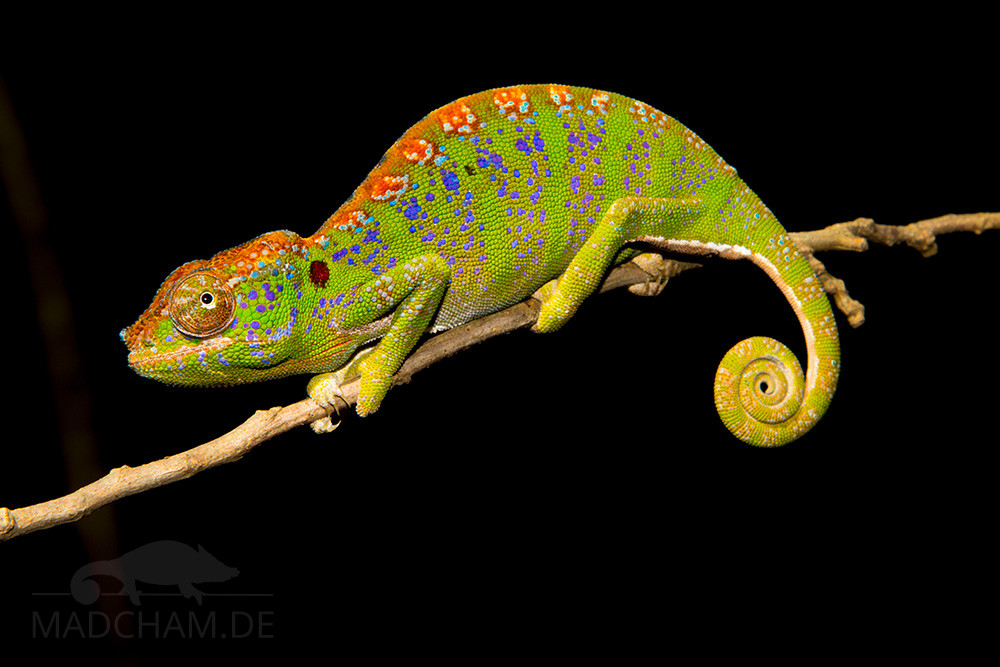 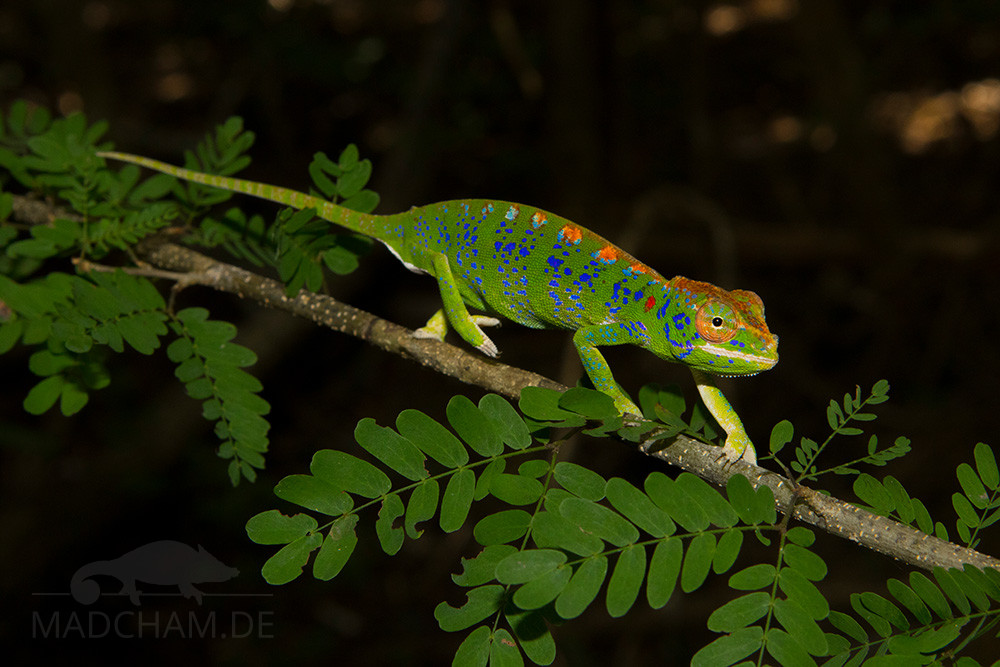 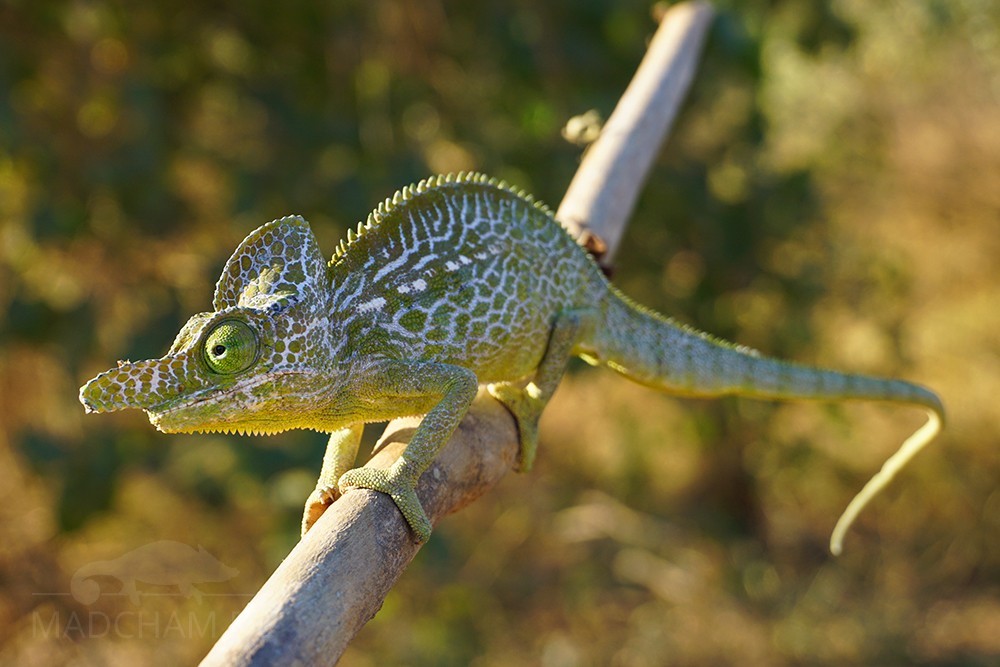 The French naturalist Alfred Grandidier visited Madagascar three times between 1865 and 1868, traveling almost the entire island and producing one of the first maps of the country. Back in France, he began to write his life’s work L’Histoire physique, naturelle et politique de Madagascar in 40 volumes. In 1872 he described Furcifer labordi, named after the French adventurer Jean Laborde. Laborde was an engineer under the last queen of the Merina ethnic group in Madagascar and later the first French consul on the island. Actually, the species should have been called labordei, but Grandidier himself already dispensed with the additional “e” in the name for the sake of simplicity.

Furcifer labordi lives in western Madagascar, where it is enormously hot and dry. Only in spring, there is a short rainy season, the other times of the year the trees hardly have left. The best place to find this chameleon is Kirindy approximately 65 km away from Morondava, but only during springtime. The forest here is very tight and almost completely consists of slender trees with unbelievable many small branches. Somewhat south of Kirindy, in the bay of Ranobe, there is another population of Furcifer labordi. On the peninsula of Katsepy near Mahajanga as well as in Soalala south of it the species does not occur. These chameleons originally belonging to Furcifer labordi are in fact Furcifer voeltzkowi.

Furcifer labordi belongs to the smaller species with a body length of only 14 cm in males and approximately 8 cm snout-vent-length in females. Males are bright green with white lips, a white lateral stripe, and have a rounded, thin nose appendage that is slightly pointing upwards. Besides this, they wear a relatively high casque and a dorsal ridge made of flat, cone-shaped scales. Females of Furcifer labordi do not have a dorsal ridge but instead have thriving colors. They are green with bands of blue spots, a red “cherry dot” on each side of the neck, and white to orangeish spots from the eye along the dorsum. When stressed, they become completely black with bright glowing blue and purple spots. Both genders have a small gular crest. 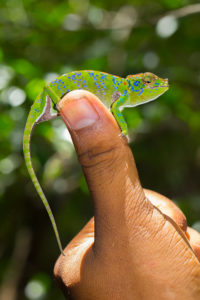 Female on a thumb for size comparison

This chameleon is famous for its short life expectancy, living an average of only three to five months. Thus, the species spends “more time in the egg than alive in the trees”. Most animals hatch in November at the beginning of the rainy season after 240 to 300 days in the egg. They then mate in February to March, the females lay eggs and both sexes die again by April. The life span is very closely linked to the rainy season. In Ranobe, for example, the mating season sometimes extends into April because of the longer rainy season, and the last animals are seen in June. The early mortality is probably mainly due to the efforts of the females in laying eggs as well as damage fights among the males. In fact, Furcifer labordi males fight each other very aggressively and literally bite each other to death. Severe injuries are unfortunately common in this species at the end of the rainy season.  However, there are isolated animals that survive the dry season and live up to a year and a half. In captivity, with continuous care for adult Furcifer labordi, survival times of 16 months have been achieved. 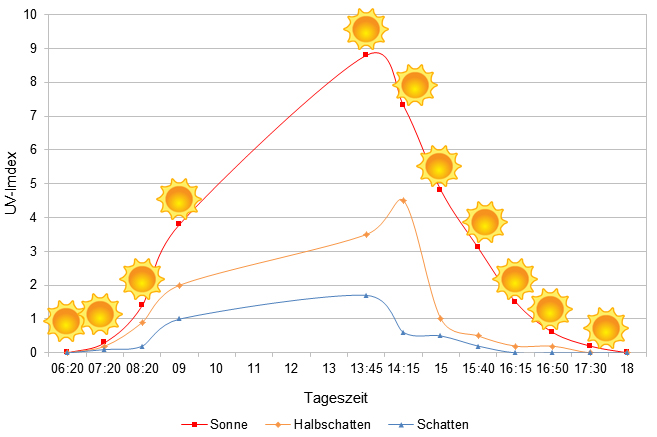 The following pictures show the habitat of Furcifer labordi during the rainy season in Kirindy. Some are even from finding places of this species. Kirindy is a dry forest with not really high, slender trees. The ground is covered by a thick foliage layer above sandy soil the whole year-round. The habitat of this chameleon species is mainly high bushes and shrubs, but also small trees with thin branches.

Hereinafter you can find some 360° pictures from the end of the rainy season in Kirindy. You can move inside these pictures via mouse click in all directions. If you click on the Theta logo, a new window with an enlarged view will open. You will also have the opportunity to look at the pictures in full-screen mode. Enjoy!