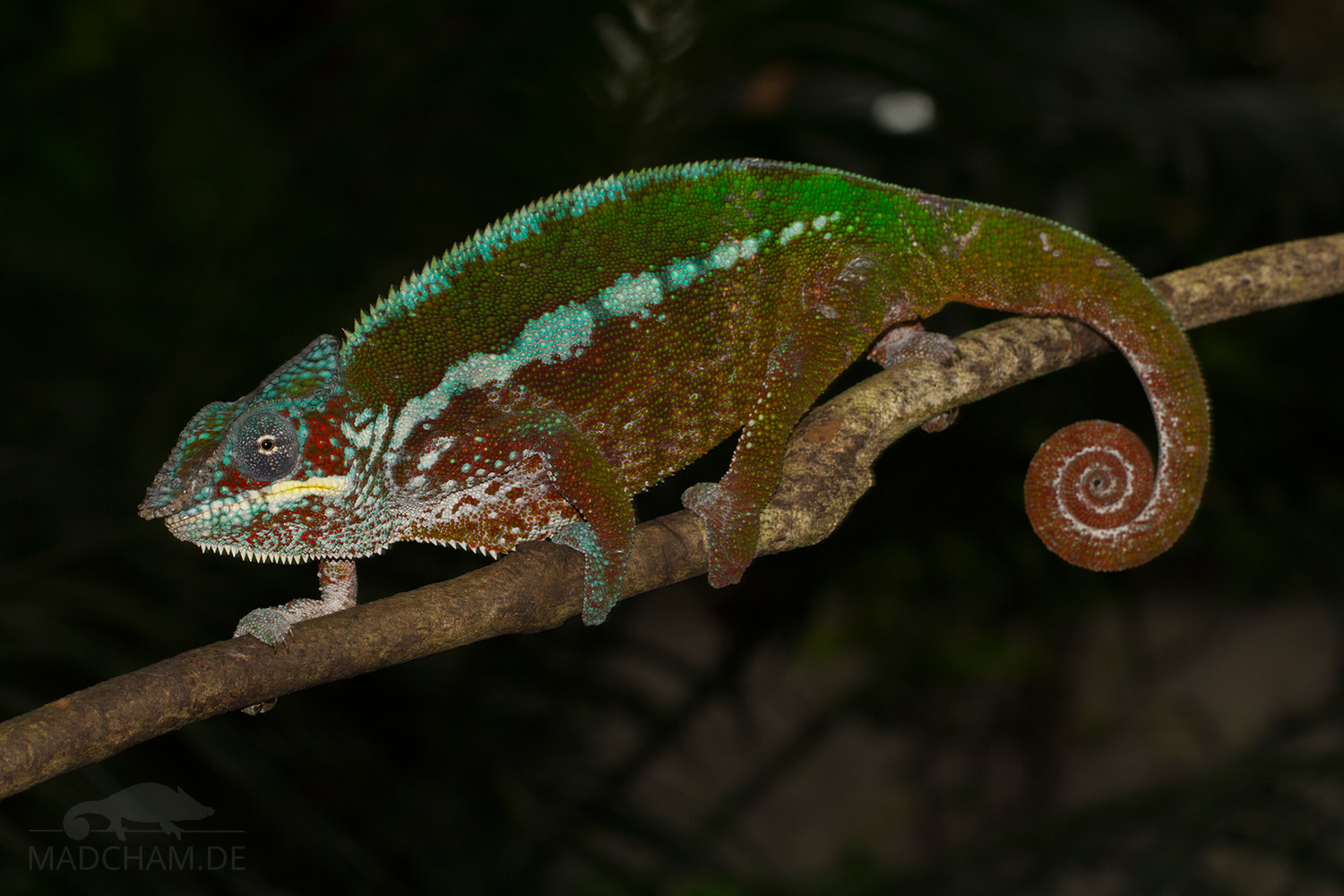 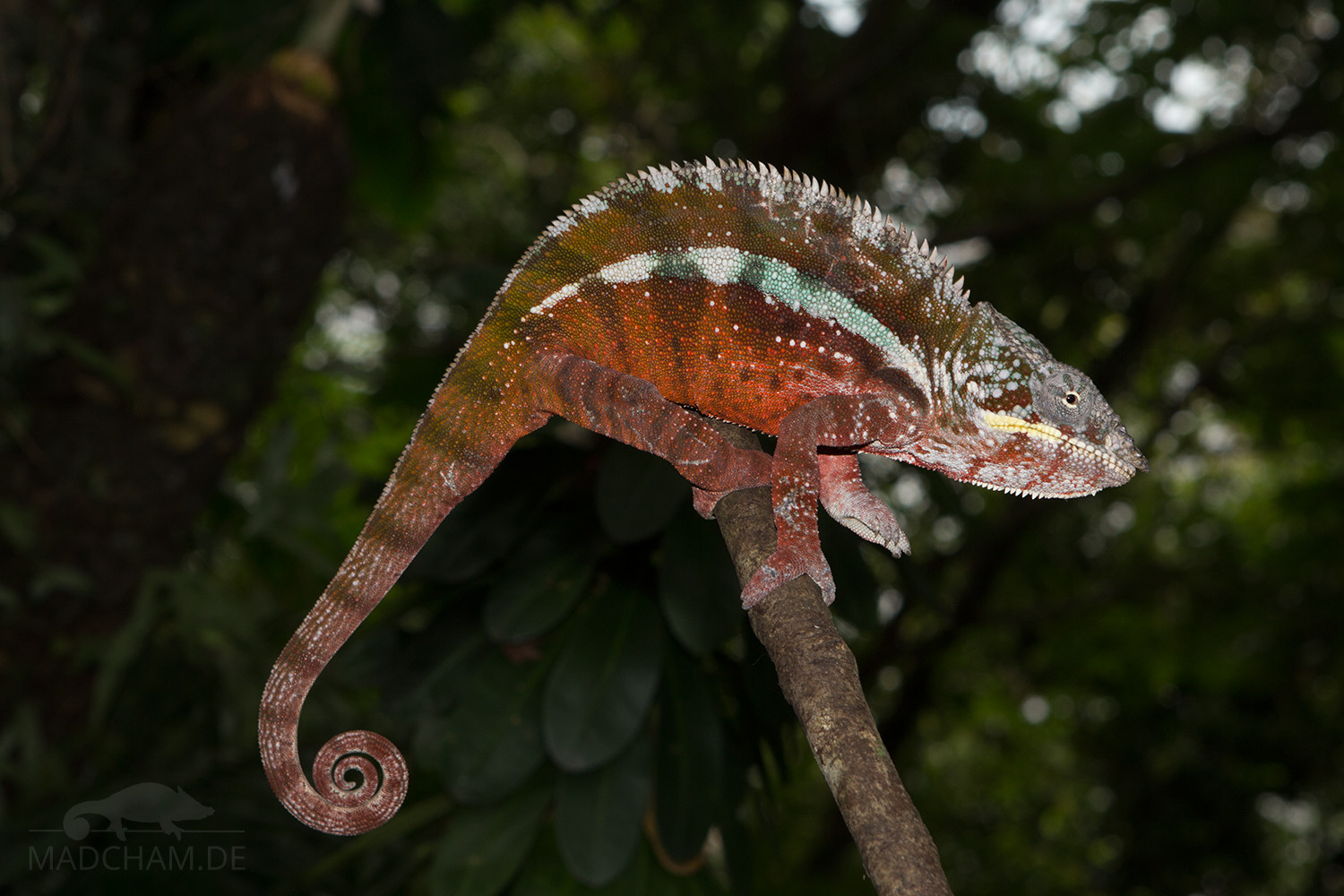 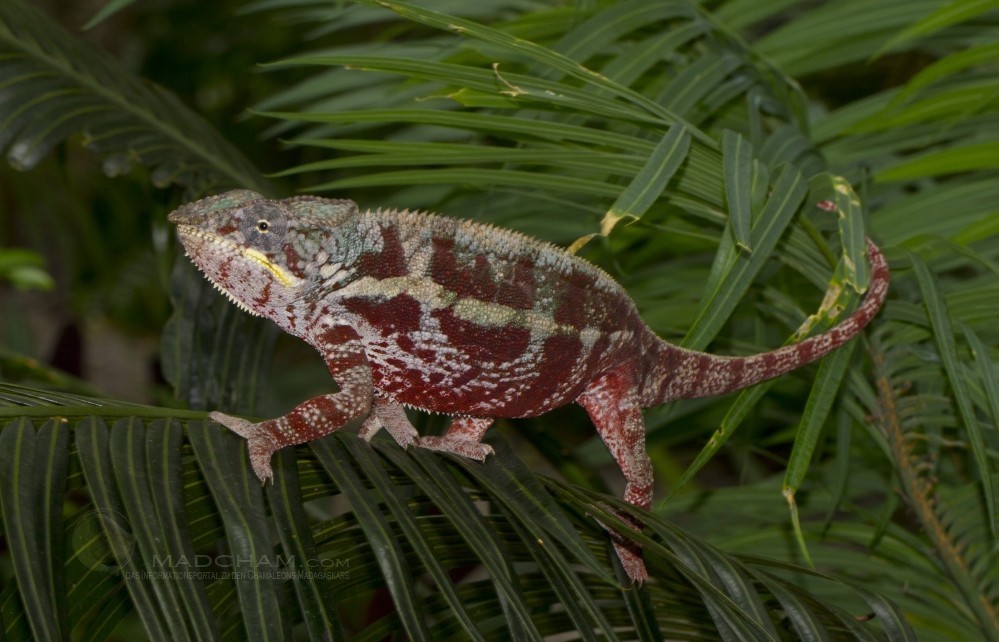 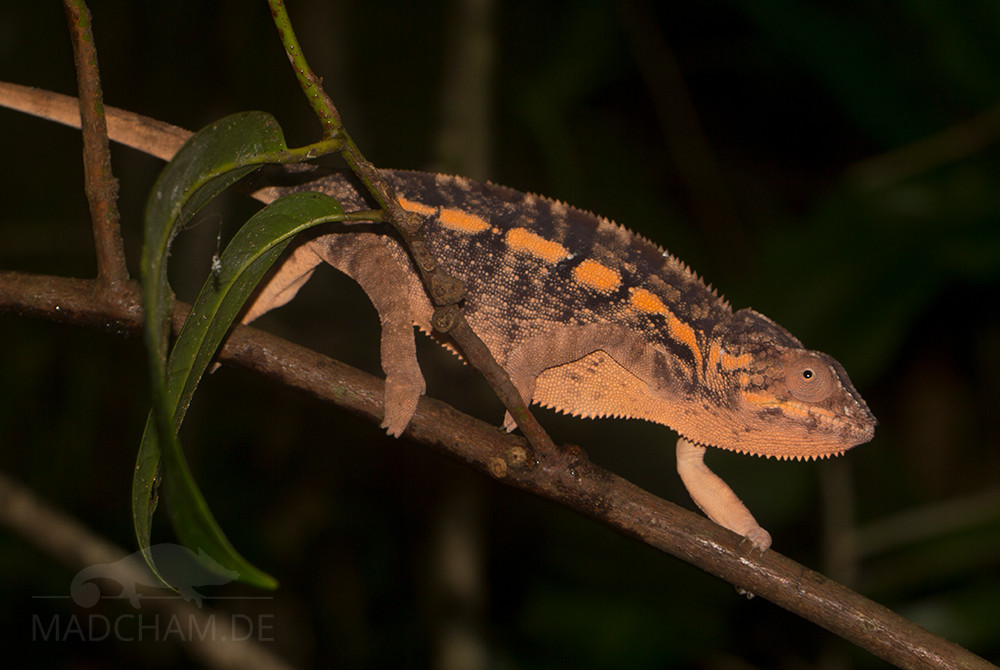 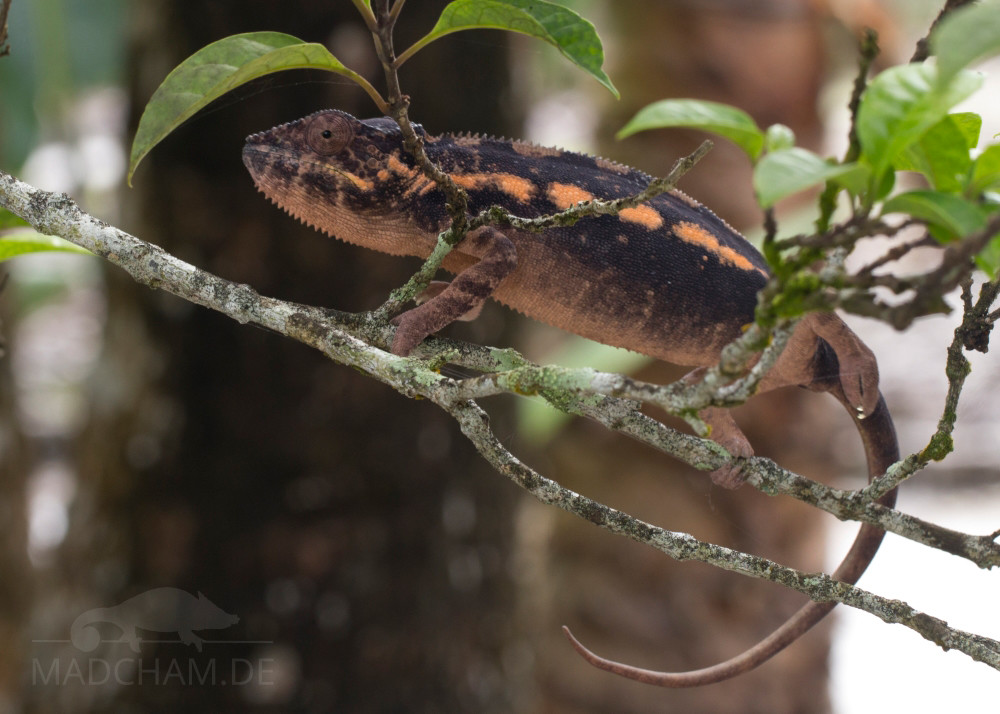 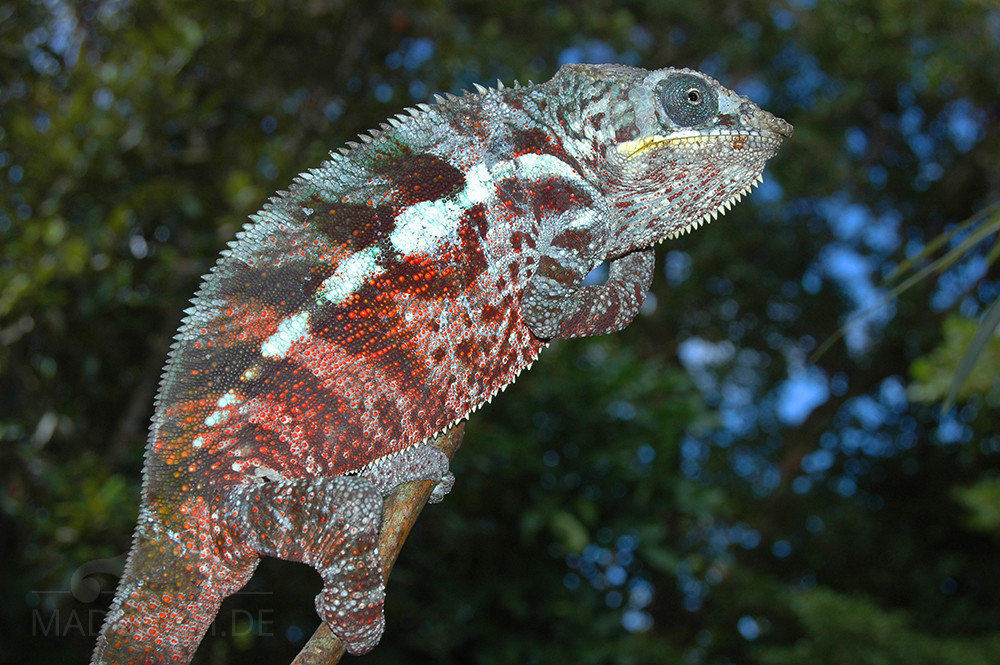 Distribution of the local form Ampitabe:

Lake Ampitabe is located about 90 km south of Toamasina (Tamatave), only about 200 m away from the Indian Ocean on the east coast of Madagascar. At the edge of the lake are some hotels (e.g. the Akanin’ny Nofy), the surrounding area is almost completely privately owned. You can only reach it by boat via Canal des Pangalanes, there is no overland route leading to the lake. The secondary vegetation around the lake has neither huge plantations nor countless rice fields, so the habitat for panther chameleons has been remaining widely untouched for years. In addition, a local reforestation project ensures that cleared areas are replanted. Usually, panther chameleons avoid moving very close to the lake but prefer living at least several meters deep in the forest.

The male panther chameleons from lake Ampitabe are orange-red colored, some specimen are deeply red with white stripes. Younger animals still show a certain amount of green. We assume that the red color may intensify with advancing age. It is unclear whether this local form originally had exactly these colors around lake Ampitabe. There are rumors that the former owner of some of the hotels collected animals from other areas and brought them here just for tourists.

Since 2015, we have been measuring the weights of most chameleons that we found in Madagascar, of course only if practicable with calm animals (and working scales). Over the long term, we want to get an average weight in proportion to the snout-vent-length (measured from the tip of the nose to the cloaca) from a large number of measurements for each Madagascan chameleon species. It is important to know that weights were all measured at the end of the rainy season when the chameleons have been having the highest food supply of the year. So our table may show the maximum weights of chameleons in Madagascar. Triangular symbols in females mean not pregnant, spherical symbols mean pregnant. Despite our earlier assumptions, it has turned out that in Furcifer pardalis, there seem to be no significant differences in SVL-weight-ratio between the different local forms.

The climate at Lake Ampitabe and in Manambato is warm all year round, and the nearby Indian Ocean usually brings a light breeze. This makes it a popular place for travelers to relax - it never gets cold here. During the day temperatures can easily exceed 30°C, in the dry season from April to October they are slightly lower.

At night the temperatures cool down a bit. But the night temperature never goes far below 20°C. During the whole year, there is a moderate amount of rainfall, so that the rain forest remains continuously green. 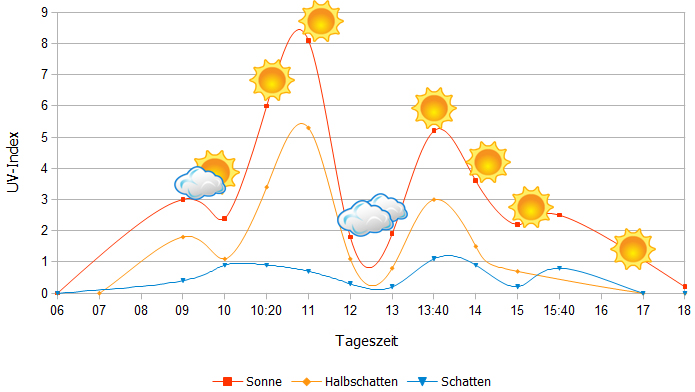 Unfortunately, we have no ground temperatures for lake Ampitabe available yet.

The habitat close to lake Ampitabe consists of lowland rainforest with slender, young trees and a soft, elastic foliage layer on the ground. Some fruit trees such as mangos or lychees can be found at the edge of the forest. Panther chameleons mainly settle the areas inside the rainforest but can deal with a Ravenala to climb at sometimes, too. We’ve not found panther chameleons very close to the shore here.

Here are some 360° pictures from lake Ampitabe. With the mouse, you can rotate in all directions. If you click on the Theta logo, the pictures open in an enlarged view in a separate window. There is also the possibility to execute the images in full-screen mode. Have fun watching!