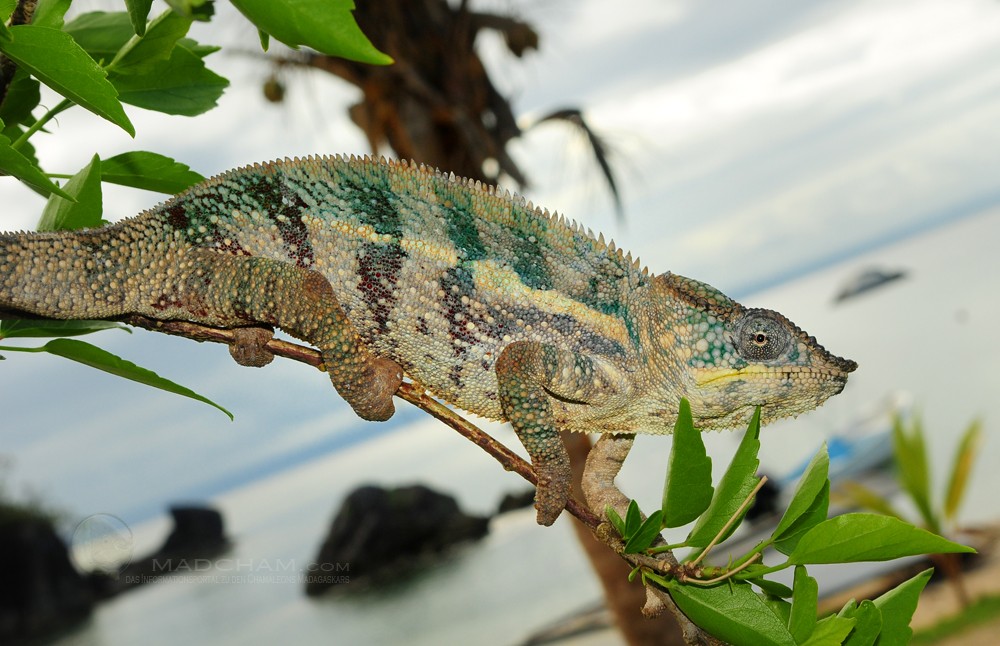 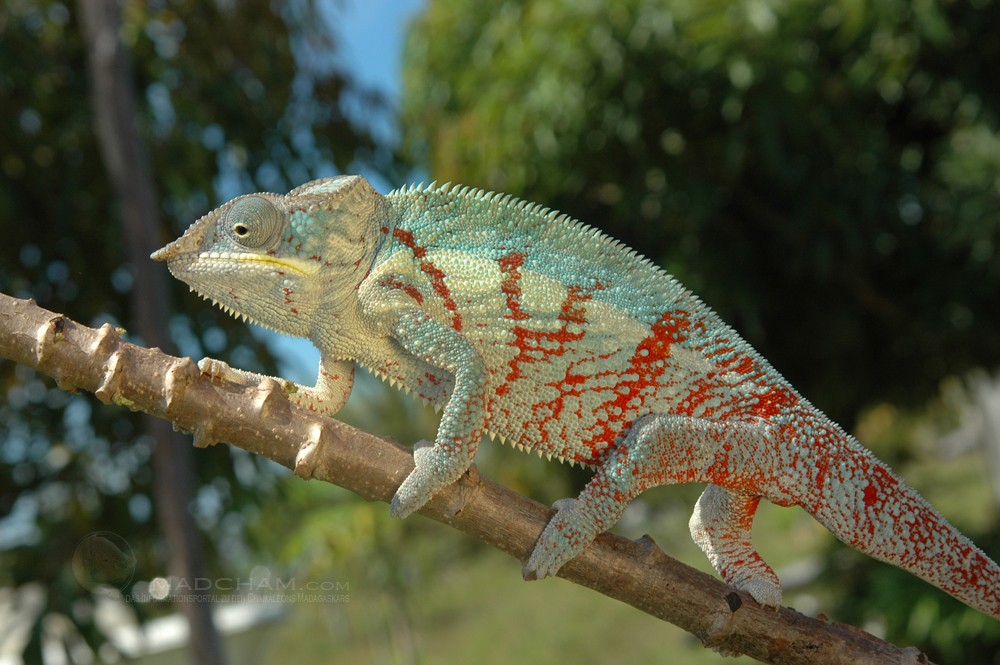 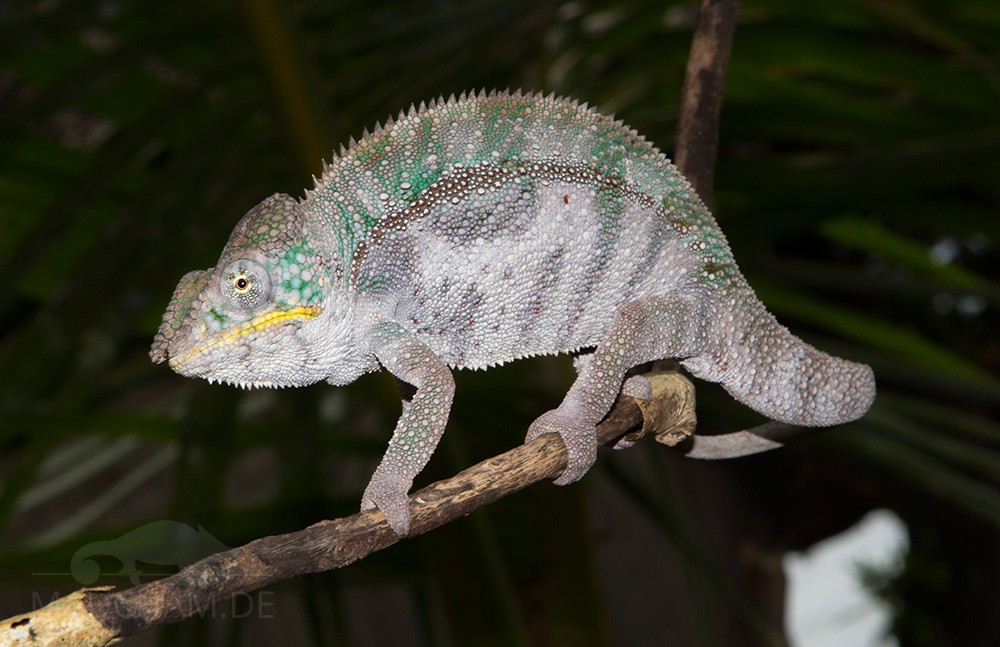 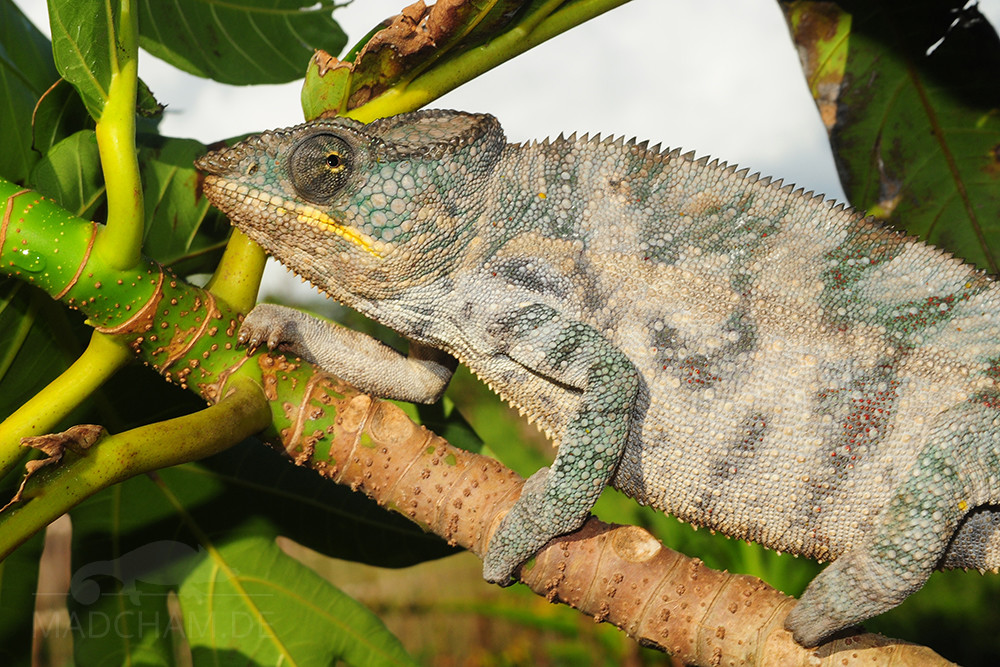 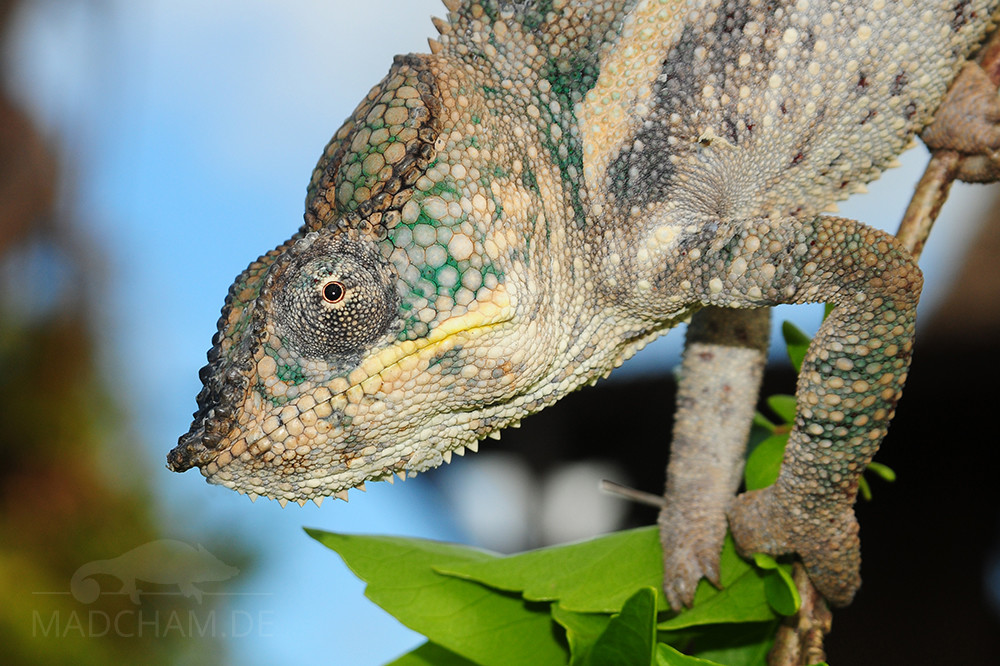 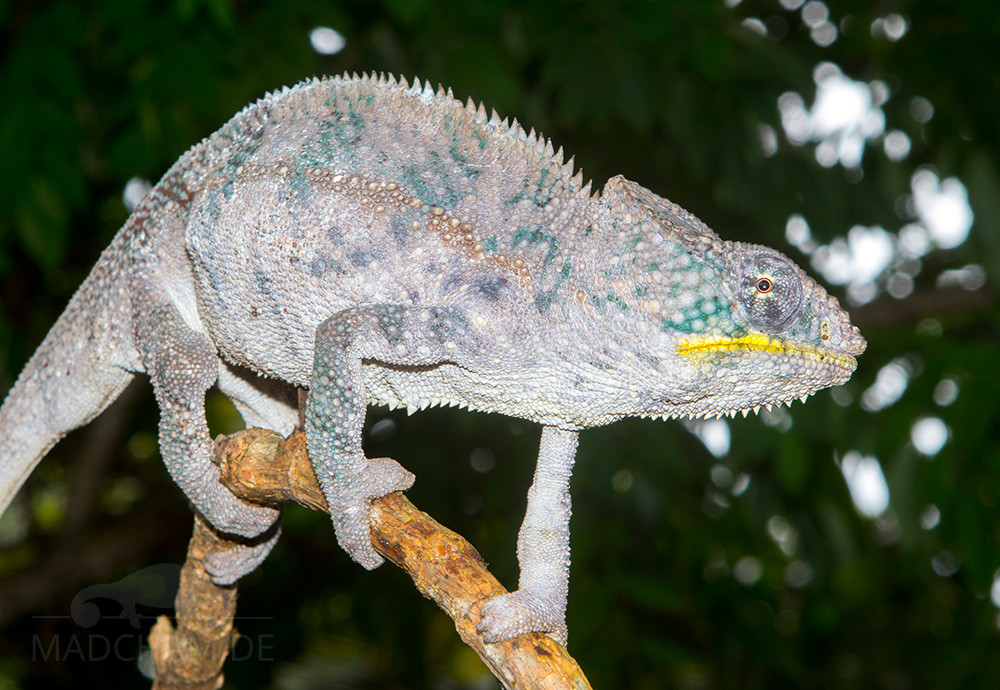 The island Nosy Boraha, better known under its French name St. Marie, is located on Madagascar’s east coast in the Indian Ocean, in the region of Toamasina. The largest city of this about 50 km long and two to seven kilometers broad island is Ambodifotatra with 16.000 inhabitants. Most people here subsist on tourism and fishery. The Malagasy name Nosy Boraha means as much as island of Abraham, which traces back to a former Arabic population. Today, a small airport offers daily flights to Antananarivo, otherwise, you can reach St. Marie by boat from Soanierana Ivongo (depending on the waves 2-3 hours drive). Mainly the white dreamlike beaches of St. Marie are famous, in many places, you can snorkel and dive.

On the island, you can also find a local form of panther chameleons with high color fidelity. Despite its isolation from onshore local forms such as Mahavelona and Soanierana Ivongo, it looks quite similar to those. Males here wear white-greyish colors, partially blueish with rust-red stripes.

Precipitation on Nosy Boaha is rather moderate all year long. Rainy season of course has more intense rain, but also "dry" season has regular rainfall. The island is a common destination for foreign tourists and Malagasy vacationers which is mainly due to the mild climate and the beautiful beaches. Unfortunately, we have no ground temperatures for Nosy Boraha (St. Marie) available yet.

The easiest way to find them is searching the hibiscus hedges along the street from Ambodifotatra to Nosy Nato. Generally, they occur everywhere on the island in bushes, shrubs and trees. They only avoid the beach areas directly at the sea. The ground is a mixture of soil and sand. The small island Nosy Nato has no panther chameleons.