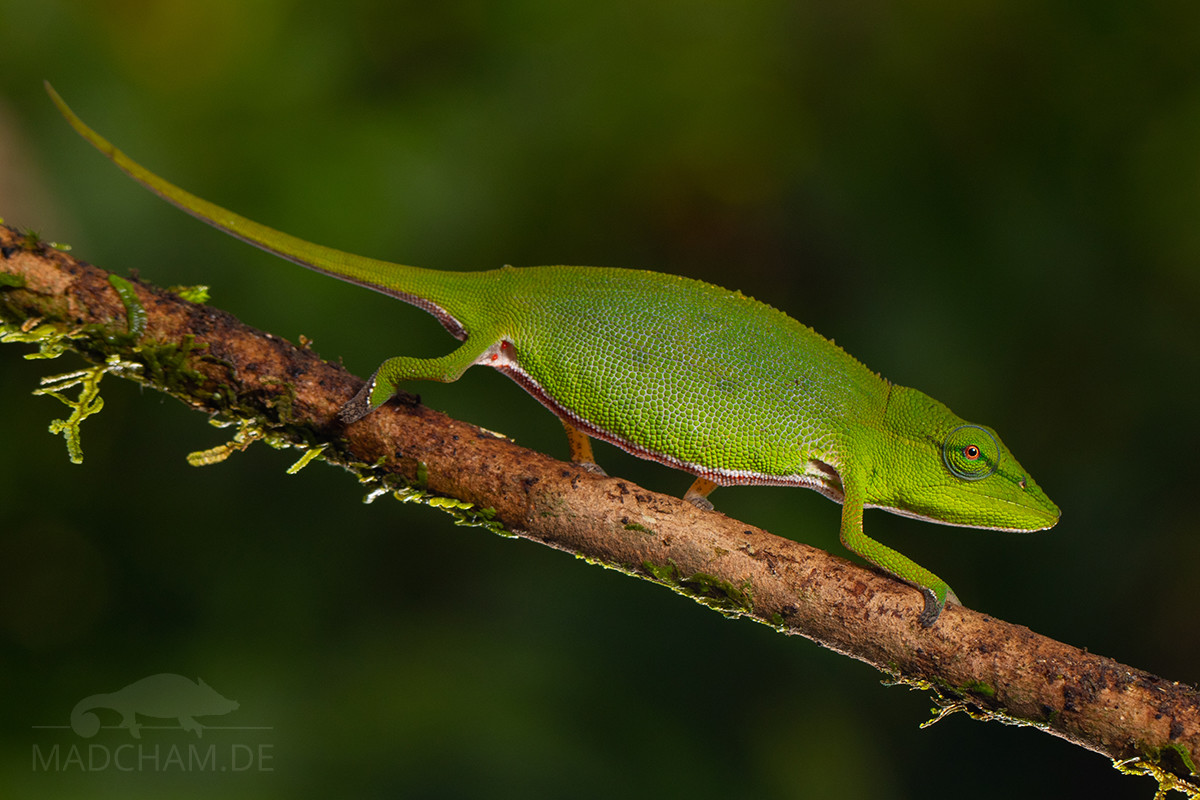 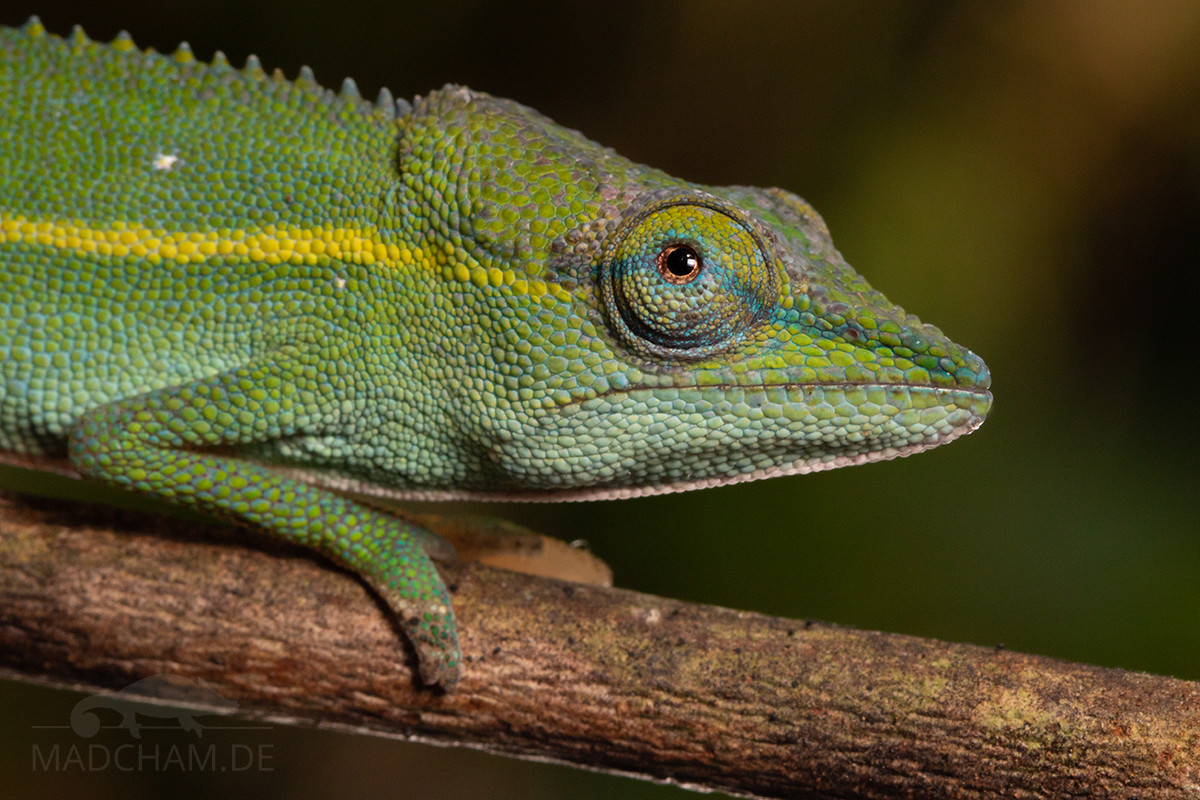 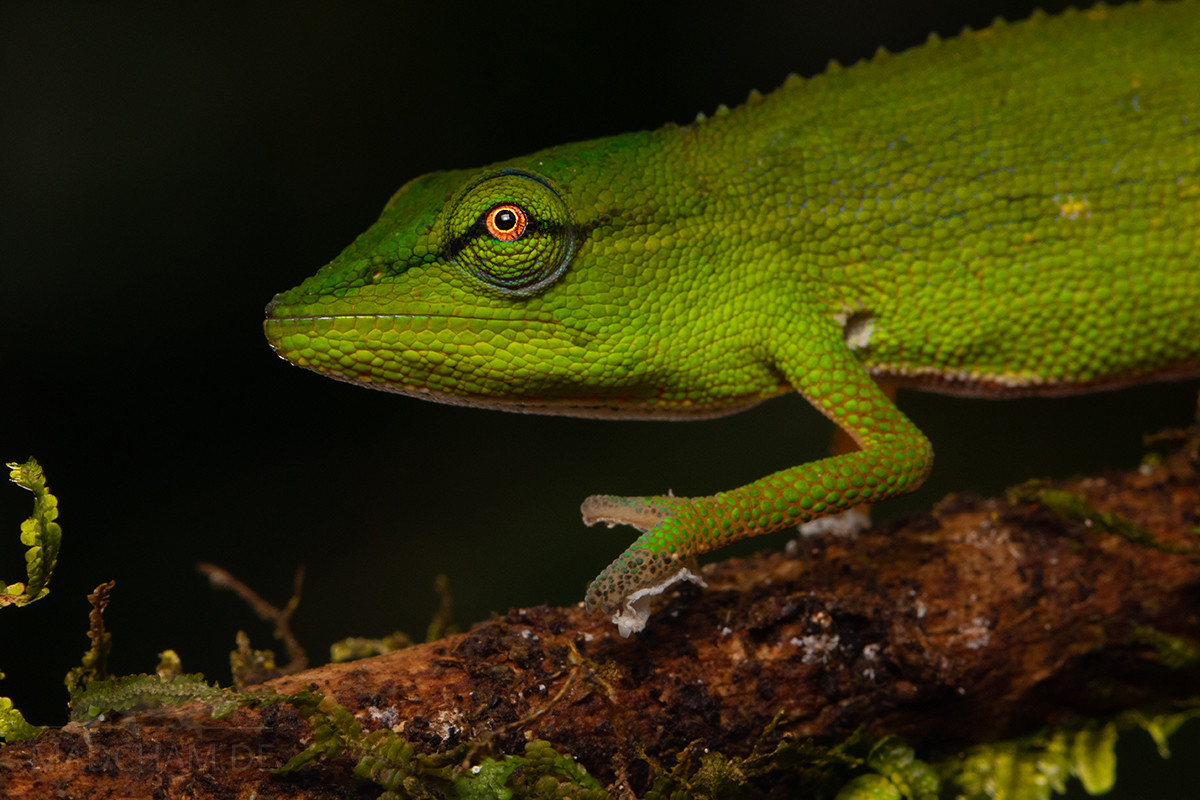 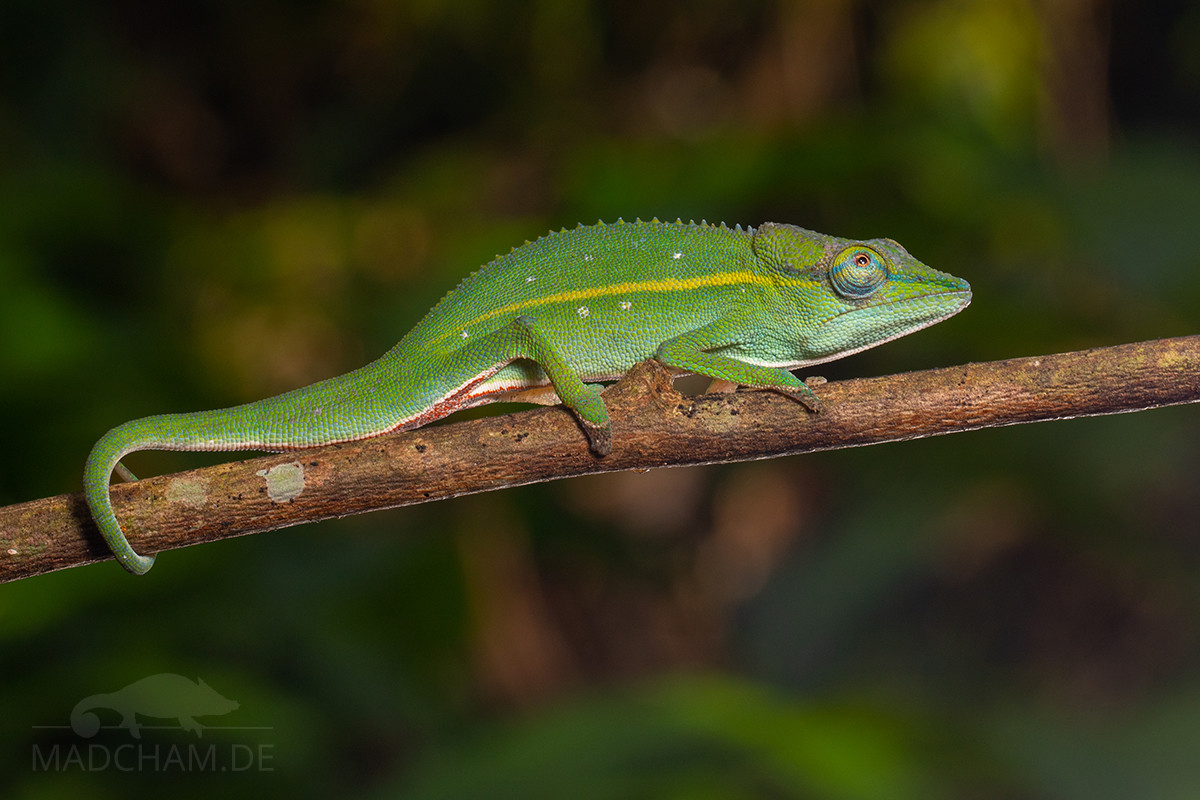 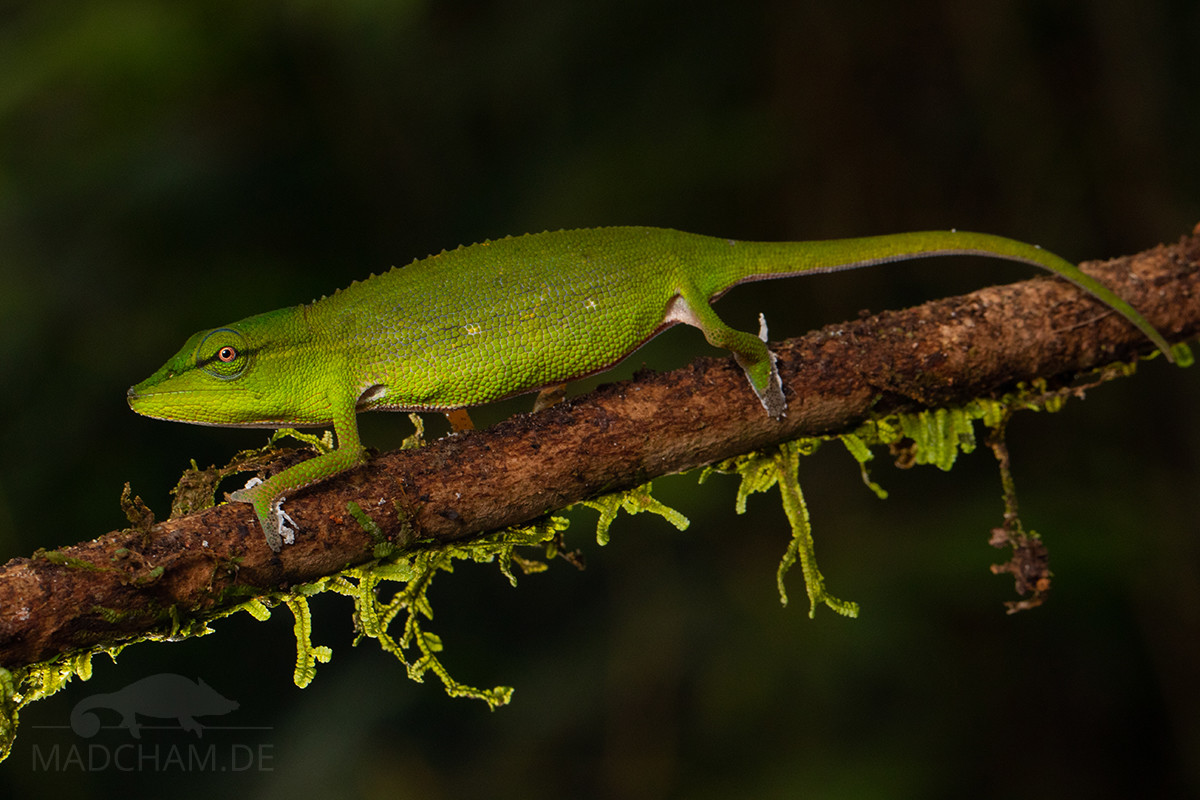 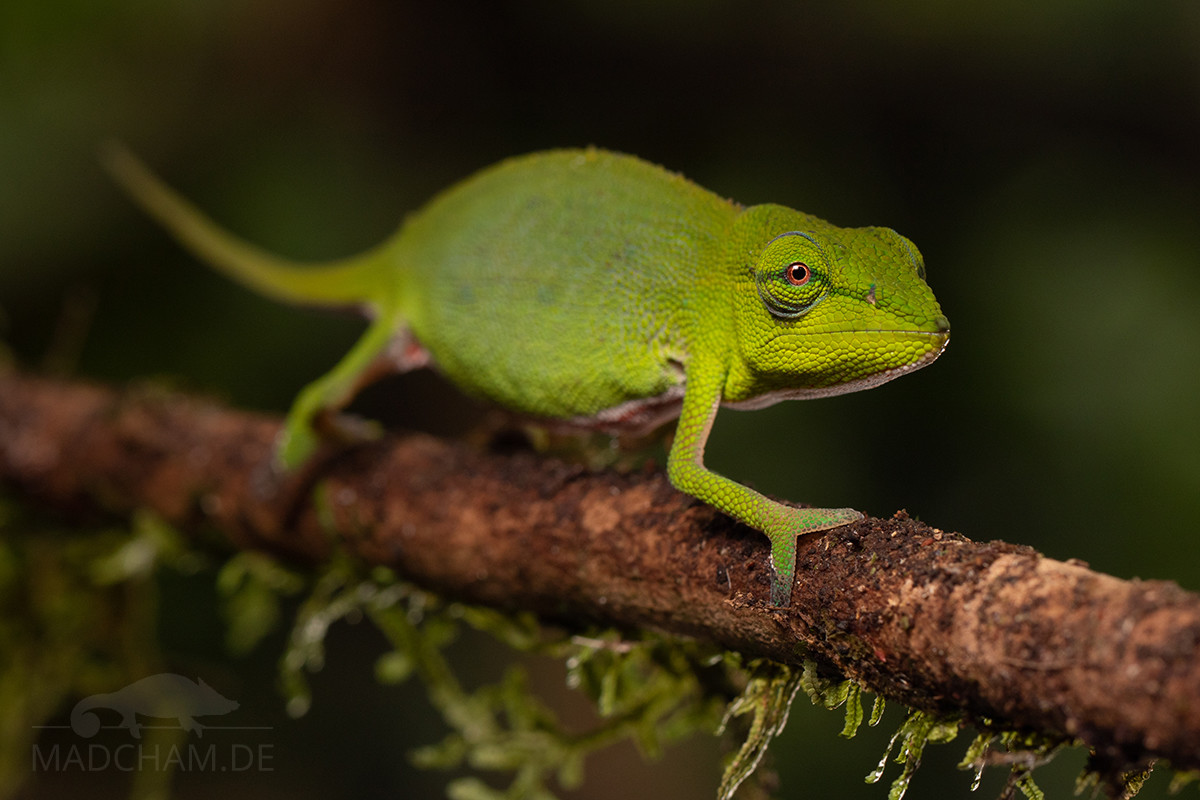 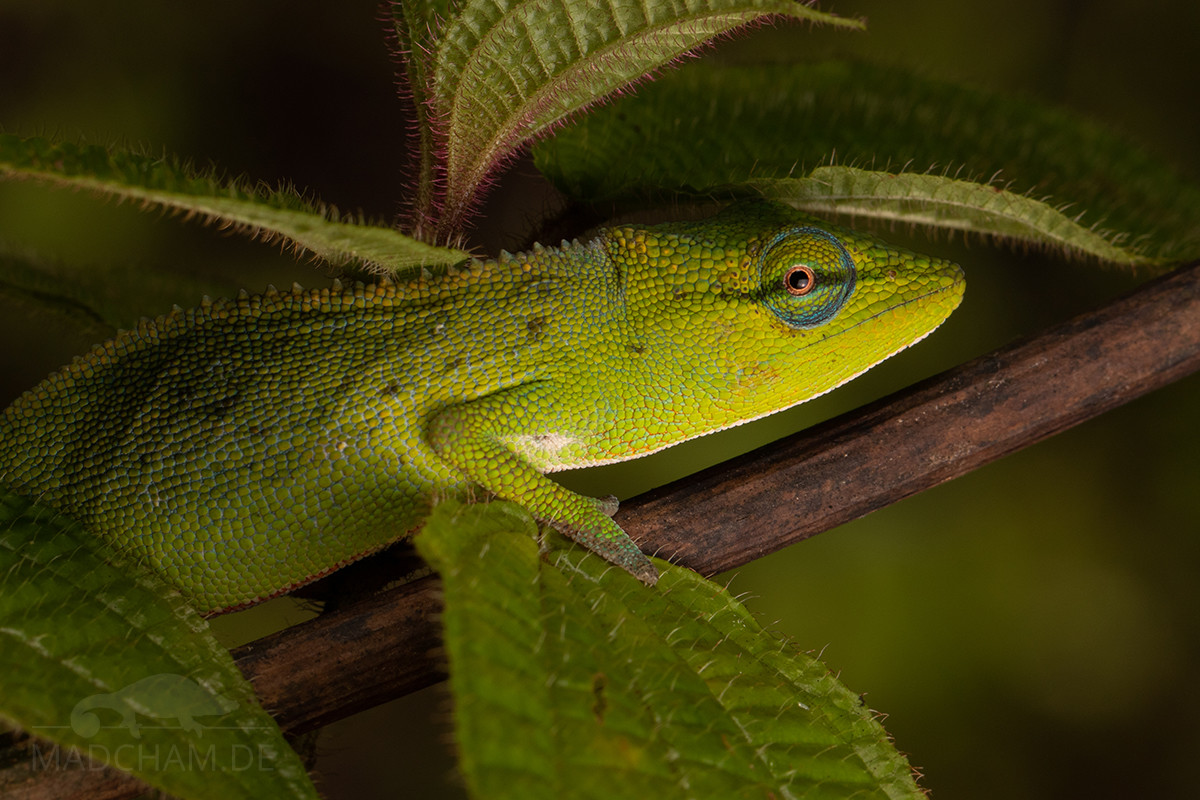 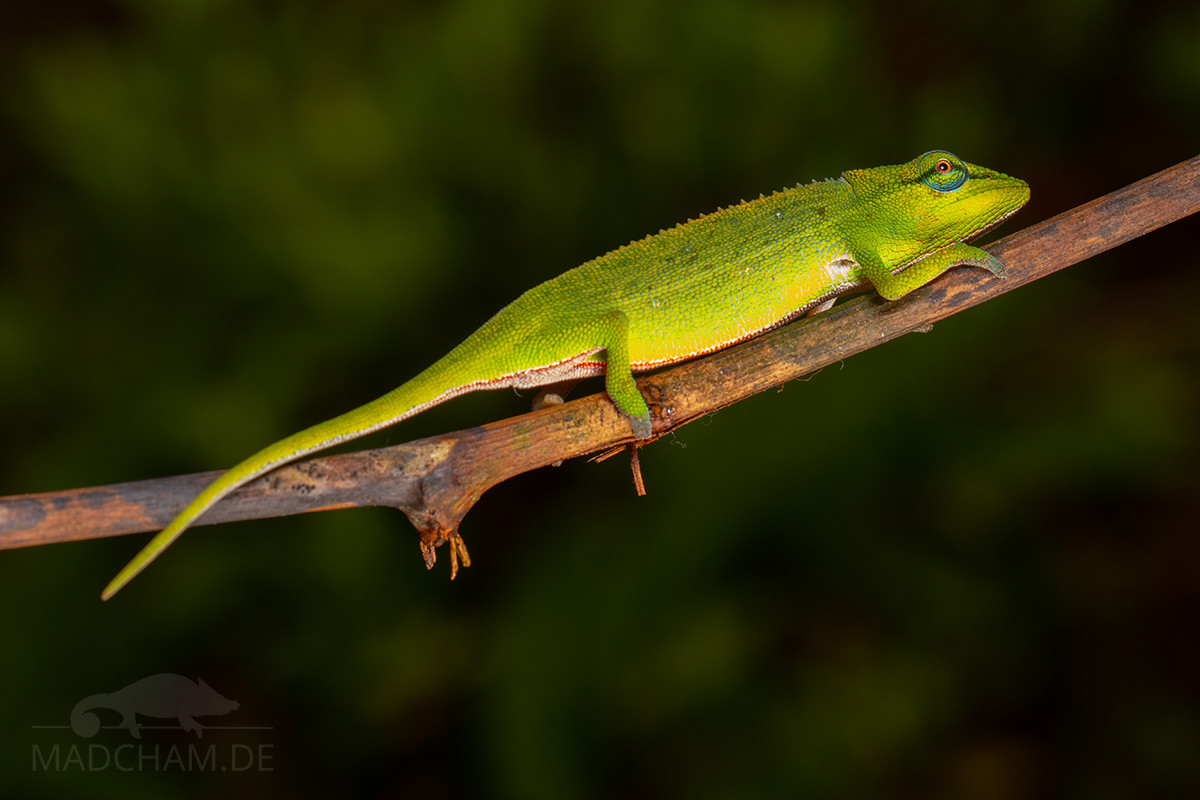 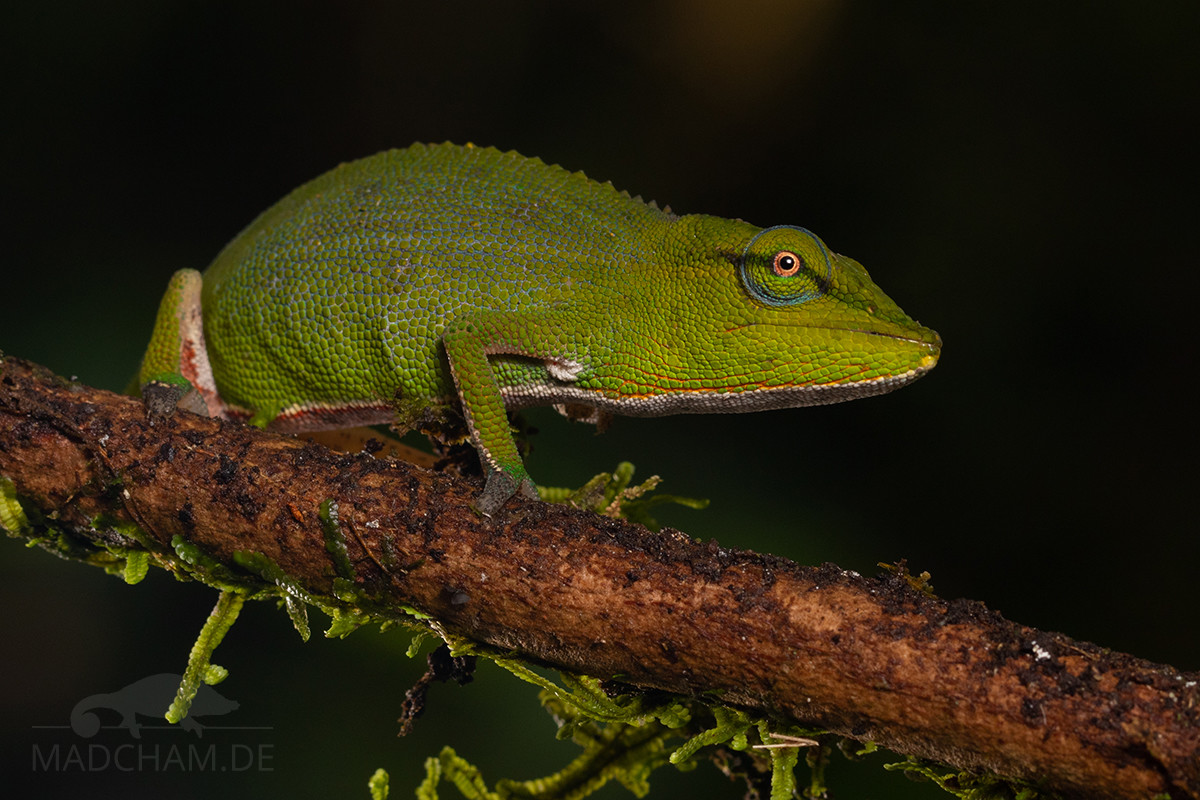 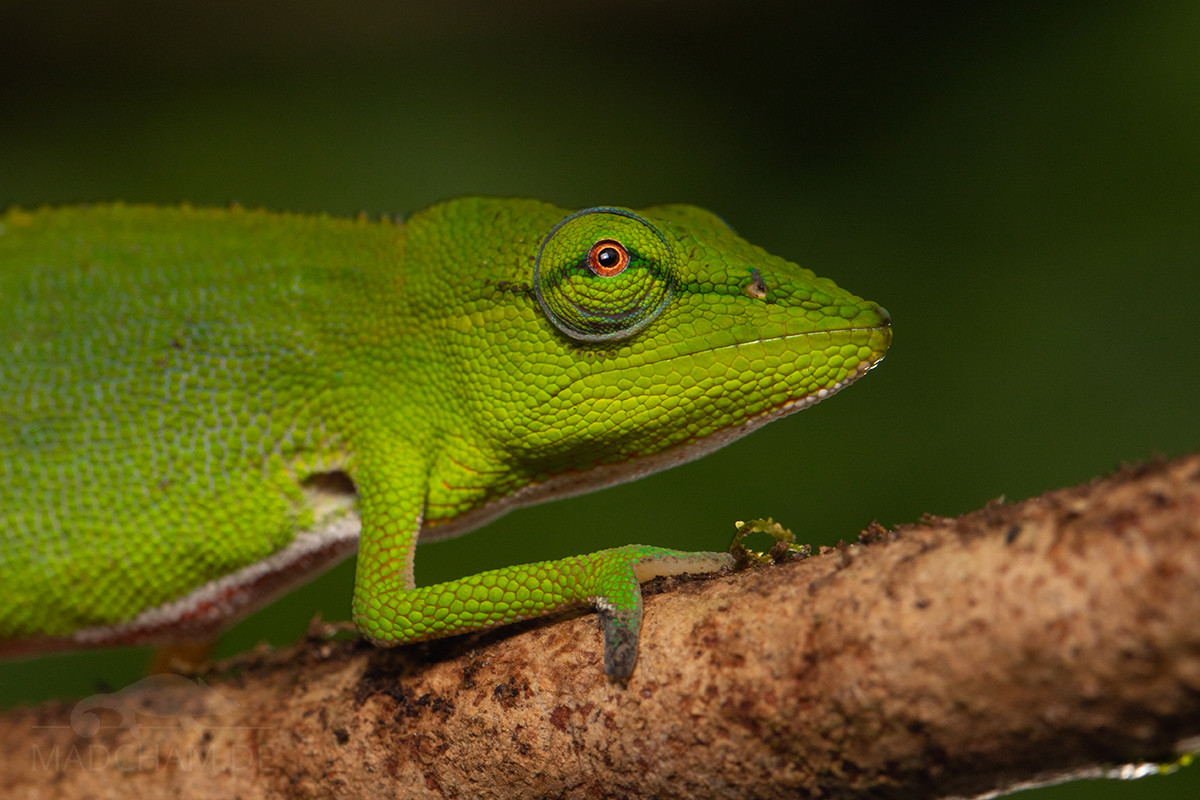 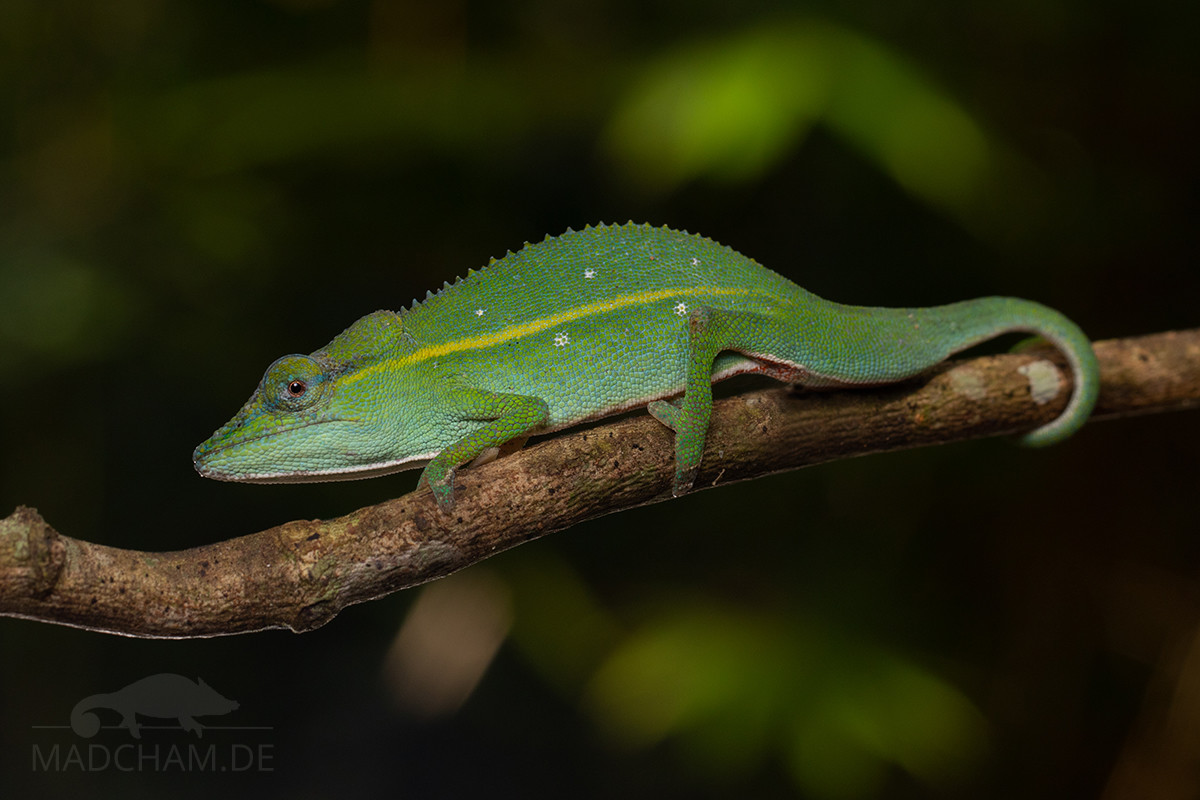 Édouard-Raoul Brygoo (later working at the Natural History Museum in Paris, France), Charles Pierre Blanc and Charles Antoine Domergue from the then Institut Pasteur in Antananarivo, Madagascar, dedicated the species to their colleague Jean-Louis Guillaumet. Among other things, the French Botanist dealt with the flora of Madagascar and wrote a number of publications about the island. He worked at the Natural History Museum in Paris.

Calumma guillaumeti is known from three different rainforests in the north and northeast of Madagascar. These are, on the one hand, the two national parks Marojejy and Anjanaharibe-Sud, and on the other hand, the Tsaratanana Mountains. All three places are poorly accessible and hardly visited by travelers. Calumma guillaumeti can only be found from an average altitude of about 1300 m, in Marojejy we discovered it already a bit below that at about 1000 m above sea level between Camp Marojejya and Camp Simpona. A single juvenile we found even lower, namely in Camp Marojejya at about 775 m. But also the ascent there is incredibly strenuous, accordingly few photos of the species exist. In places, the species occurs in Marojejy sympatric with Calumma marojezense. 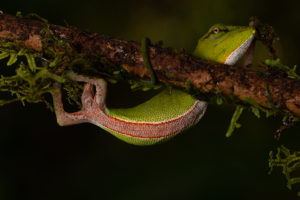 Calumma guillaumeti belongs to the small chameleon species. Both sexes reach up to 12 centimeters from nose to tail tip, most females remain slightly smaller at 10 cm. They carry neither throat nor ventral crest. Instead, a small dorsal crest is present in the anterior dorsal region, which distinguishes the species from Calumma marojezense and Calumma vencesi. The dorsal crest can even be used to distinguish juveniles of Calumma guillaumeti and Calumma marojezense. Both sexes are green colored. The males bear a yellow lateral stripe, above and below which several white dots are visible. They also have blue-rimmed eyelids and a line, also blue, extends from the tip of the nose on both sides of the head to the casque. In females, this stripe is simply dark in color. In addition, females either lack the lateral stripe altogether or it is only very delicately indicated. The number of white spots on the sides is variable. Calumma guillaumeti bears a broad red ventral stripe flanked on both sides by a narrow white line.

The following photo shows the young of Calumma guillaumeti from Camp Marojejya.

Because of the great similarity, the species was initially thought to be a subspecies of Calumma gastrotaenia. It was not until 1997 that the German herpetologist Wolfgang Böhme, then deputy director of the Museum Alexander König in Bonn, elevated Calumma guillaumeti to species status. 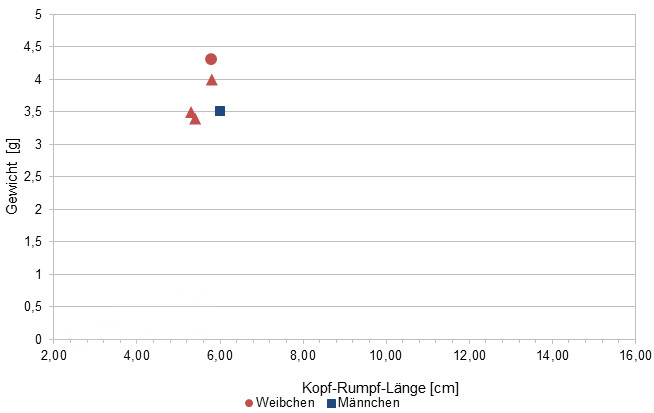 Since 2022 we have been measuring the weights of Calumma guillaumeti found on Madagascar, as far as the animals (and our scales) cooperate. In the long run, average weight in relation to the head-torso length (measured from the tip of the nose to the cloaca) for the species should be obtained from as many measurements as possible. That is, unfortunately, not too much can be gleaned from the current tables yet, but they can be the first guide. It is important to know that all weights were measured towards the end of the rainy season (= best food supply), so they should be maximum weights on Madagascar. Triangular symbols for females mean not pregnant, round symbols mean pregnant.

The following photos show sections of the habitat of Calumma guillaumeti during the rainy season in Marojejy. The rainforest of Marojejy is located in a mountain range that consists almost entirely of ravines and steep slopes. At the altitude where Calumma guillaumeti occurs, the forest is crossed by many small streams. Many ancient giant trees are covered with endless moss. The undergrowth is very dense. The soil is earthy and interspersed with countless rocks.