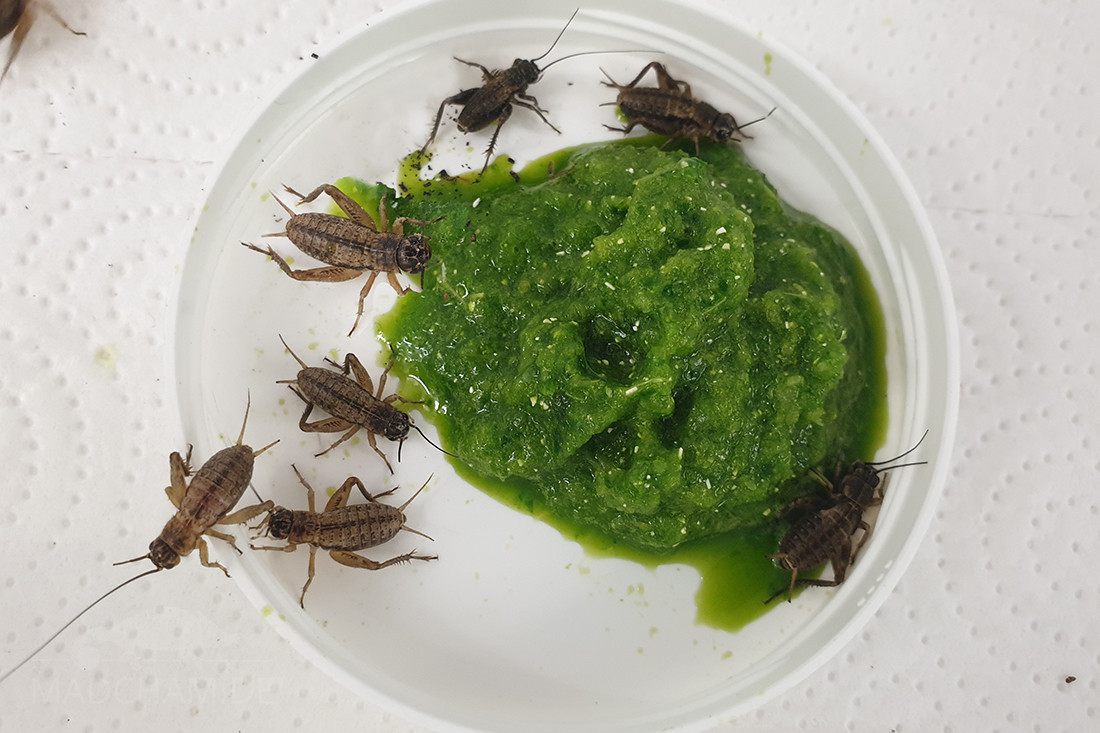 In terraristics, the term gutloading refers to the enhancement of feeders before feeding them to the chameleon by means of targeted feeding of home-mixed or commercial feeds. Gutloading, as it was originally used in zoos, is intended as an alternative to supplementation with vitamin and calcium powders. In order to actually gutload the feed animals sufficiently, they must be fed special diets (not simply “leftovers from the kitchen”). Nowadays, there are quite a few studies that deal with the sense and purpose of Gutloading.

Today, gutloading is often used in terraristics as a term to generally feed insects with fresh vegetables and fruits after purchasing them in cans from the wholesaler. This definition of gutloading has only developed over time and usually does not correspond to adequate supplementation of vitamins and calcium. This article, therefore, deals with the original definition of gutloading.

Why Gutloading or Supplementation?

This question is answered in great detail in this article. Therefore, we refrain from repeating the text section here.

Advantages and disadvantages of gutloading and supplementation

Gutloading has the advantage that no further treatment of the feeders is required before feeding. On the other hand, it has the disadvantage that the feeders have to be fed with a special diet. So you have to calculate and compose or buy a suitable diet and then offer it specifically in a certain period of time. The composition of the feed animals themselves does not or hardly change by gutloading. Only their digestive tract is filled with additional nutrients, which are then available to the chameleon when fed in addition to the insect.

One disadvantage of gutloading is that the capacity of the gastrointestinal tract varies between different feed animal species and ages. This means that not all feeders are equally suitable for gutloading. In supplementation, however, the powder does not adhere equally well to every feed animal either.

One advantage of Gutloading is that, according to current studies, the diet found in the insect’s gastrointestinal tract is actually almost completely available to the chameleon in addition to the insect itself. This means that what is in the feeding insect’s intestine also arrives in the chameleon. Of course, what was fed two weeks ago no longer arrives (see next section).

With regard to the commercial availability of suitable feed animal diets, gutloading is unfortunately currently lagging behind in the German-speaking countries. In other countries, several gutloading diets are commercially available in pet shops. A large number of vitamin and calcium preparations for supplementation are available, too.

When and how long do I need to feed the insects?

This depends on the insect species, the environmental conditions of the feeders, and how well the offered diet is eaten by the insects. As a general rule, insects must be fed for at least 24 hours, preferably several days, to achieve adequate gutloading with a diet. This means that gutloading can only be applied if the feeding animals spend at least this time in their own boxes with the appropriate diet. Some studies even assume two to five days.

Caution: Gutloading diets often cannot be used permanently for feeders. Due to the altered mineral and nutrient content, they lead to the premature death of the insects and poorer reproduction. It is, therefore, necessary to feed the insects “normally” in the long term and to offer the gutloading diet only to feeders that are to be fed to chameleons within the next few days.

What diets are suitable for gutloading?

Probably the most urgent question you have as a chameleon keeper: What do I feed the insects now to achieve a good Gutloading?

Unfortunately, commercially available gutloading diets do not appear to be good sources of calcium according to studies to date, even if the manufacturers advertise this intensively in some cases and even sell the diets specifically for gutloading. One diet from the American market that was found to be suitable in a study is T-Rex Calcium Plus Food for Crickets. Otherwise, if necessary, the vitamin and calcium powders actually used for supplementation can be incorporated into a homemade gutloading diet. 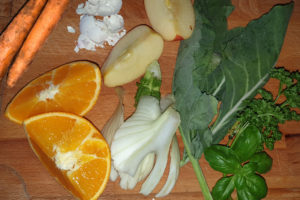 Example of ingredients for a freshly homemade gutloading diet

Self-prepared diets unfortunately always run the risk of not containing enough vitamins and minerals. Estimates of a chameleon’s need for vitamin A, vitamin D3 (the majority of which is synthesized via UV-B radiation), vitamin E, and calcium, and magnesium can be found in this article. The following tables provide an overview of how much vitamin A, vitamin E, calcium, and phosphorus are contained in which foods per 100 grams. These are average values, prepared by the Institute for Biological Chemistry and Nutritional Sciences at the University of Hohenheim and the U.S. Department of Agriculture (USDA). Foods high in oxalic acids and foods with an inverse calcium-phosphorus ratio (significantly more phosphorus than calcium) should be used at very low levels or not at all if the insects are later to be fed to chameleons. In order to improve the calcium content of the gutloading diet, which is itself composed of these ingredients, an added calcium content of 8% calcium carbonate is suitable.

Bee pollen is often used as gutloading food. The pollen comes from plants and is collected by bees from the flowers. For commercial use, the pollen is taken from the bees by means of so-called pollen traps at the entrance to their hive. To make the pollen more durable, it is dried. Bee pollen contains a high percentage of carbohydrates (40-85%), including mainly fructose and glucose. The protein content of bee pollen contains all the amino acids essential for humans. In addition, bee pollen is rich in vitamins, especially vitamins B3 and E, and contains a variety of minerals. 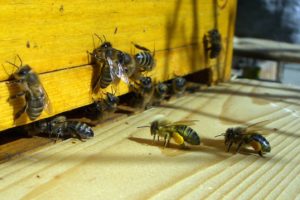 For humans, bee pollen is recommended worldwide as a dietary supplement. Bee pollen is considered to be liver and heart-protective, anti-inflammatory, antioxidant and antimicrobial. With just 50 g of bee pollen, a person can meet his or her daily requirement of vitamins and essential amino acids. And here is the problem with bee pollen: Evidence for great benefit exists only for humans. Unfortunately, the vitamin, mineral, and nutrient requirements of Malagasy chameleons are not yet known. Therefore, it is also not clear whether bee pollen is as valuable for chameleons as it is for humans or not.

The assumption that chameleons in nature eat mainly pollen-collecting insects has not yet been well studied or proven. Only a few Madagascan chameleon species have already been studied in terms of their food spectrum. Even small numbers of samples showed enormous differences between different chameleon species. Therefore, it cannot be assumed that the feeding spectrum of individual species can be unconditionally transferred to other species. At present, it is completely unclear whether bee pollen in a gutloading diet is beneficial for chameleons, and if so, what benefits it has. 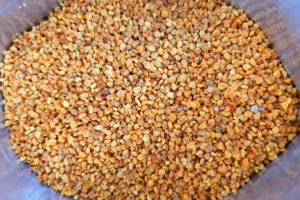 Generally difficult in the use of bee pollen is that the composition can vary extremely depending on the origin. The composition is influenced by the plants used, the location of the plants, the time of year and day, the time of collection, and many other components. In addition, bee pollen is not approved as a food supplement either in the European Union or in the USA, which is why there are no mandatory quality standards. Potential risks of bee pollen lie in the possible content of heavy metals, pesticides, and mycotoxins (fungal toxins such as ochratoxin A and aflatoxin B1).

What else needs to be considered when gutloading?

Young crickets eat very finely powdered diets better than coarse pieces or pellets. Powdered or highly chopped diets also have the advantage that the feeders cannot choose what they particularly like and what they do not. If you mix diets yourself, you should also grind them in a blender. Only the finished powder or mash is offered to the feed animals as a gutloading diet. Caution: Mash must not become moldy under any circumstances, otherwise the feed animals may also ingest mycotoxins. It must therefore be replaced at least once a day. In the case of mash or other moist gutloading diets, care should also be taken to ensure that, if necessary, any paper towel in the feeder box is replaced at least daily. 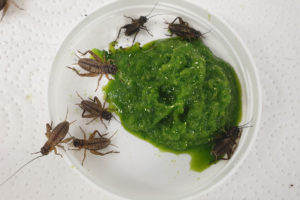 The feeders should not be too old for gutloading: Crickets eat significantly less shortly before the end of their lifespan than in younger life stages. In addition, the ambient temperature can be increased slightly; most insects will eat more of the gutloading diet then. In addition, the smaller and younger an insect, the greater the proportion of its total weight that is accounted for by the gastrointestinal tract. In adult crickets, gutloading as a percentage of body weight is 11-13%, while in nymphs it is 13-15%. Put another way: Younger insects are slightly better at gutloading.

Water gels should not be offered during gutloading. It is often eaten preferentially to the diet itself and thus reduces the effect of gutloading. Water can instead be offered in a small bowl with a wet cotton ball, which also prevents drowning of the insects. 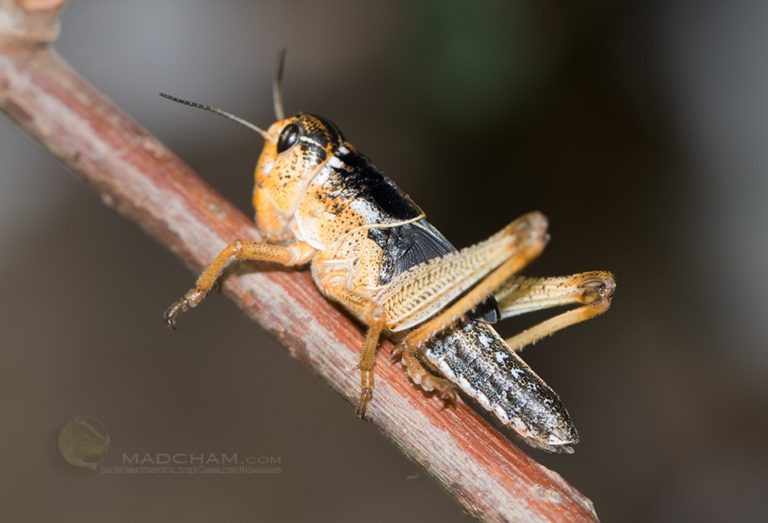 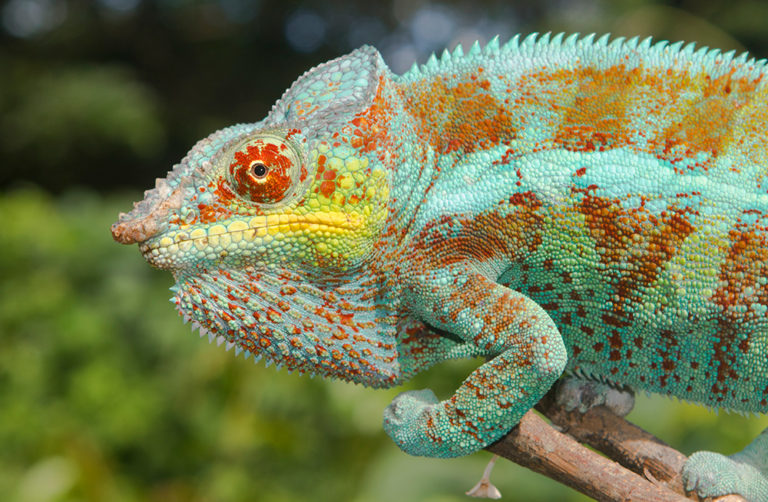 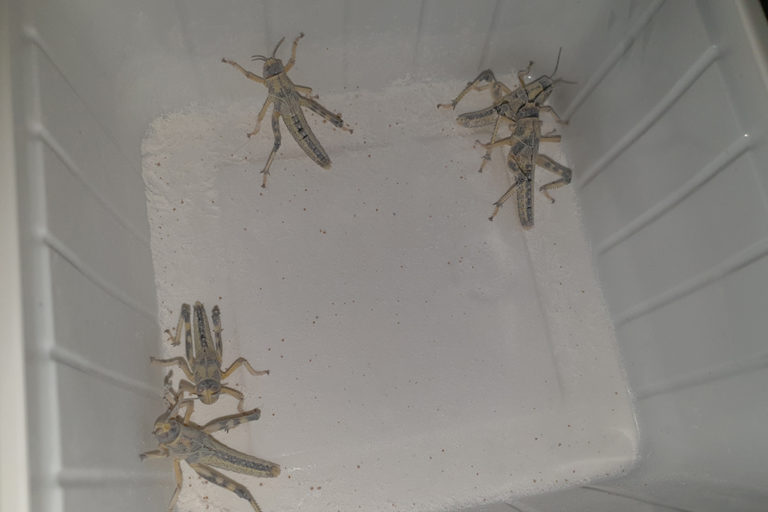