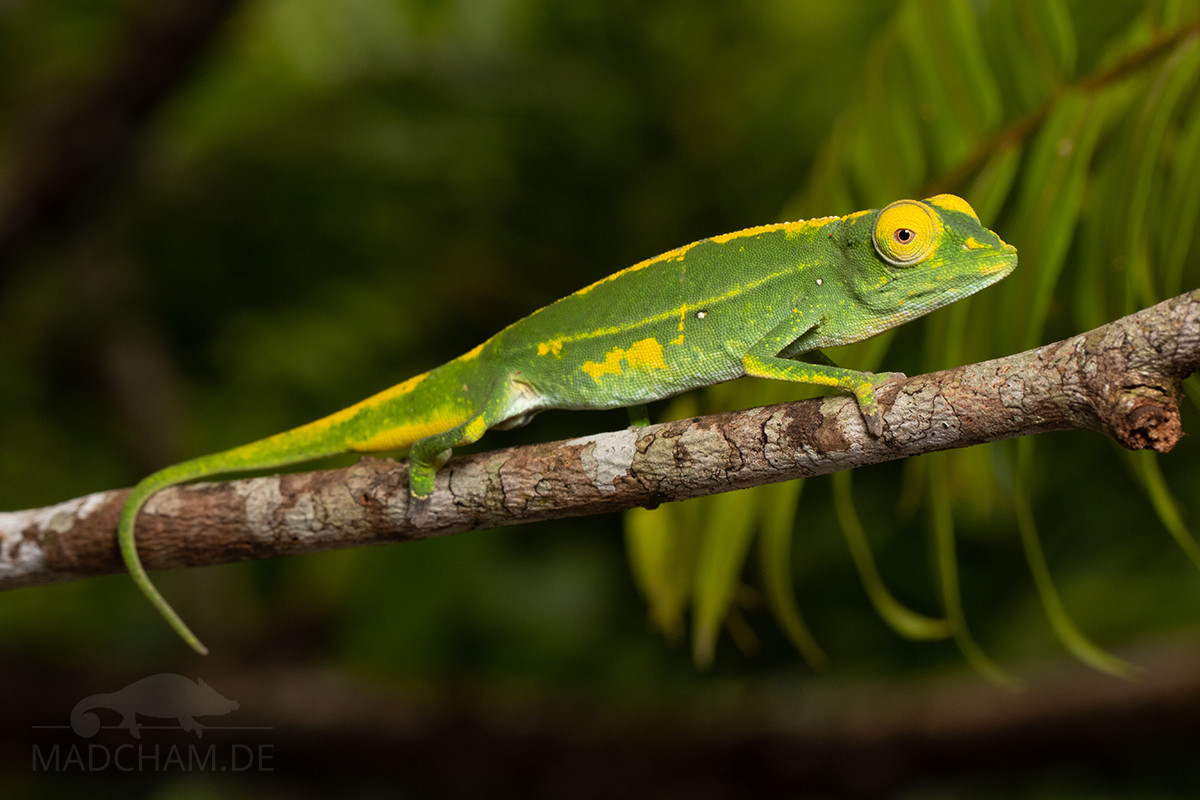 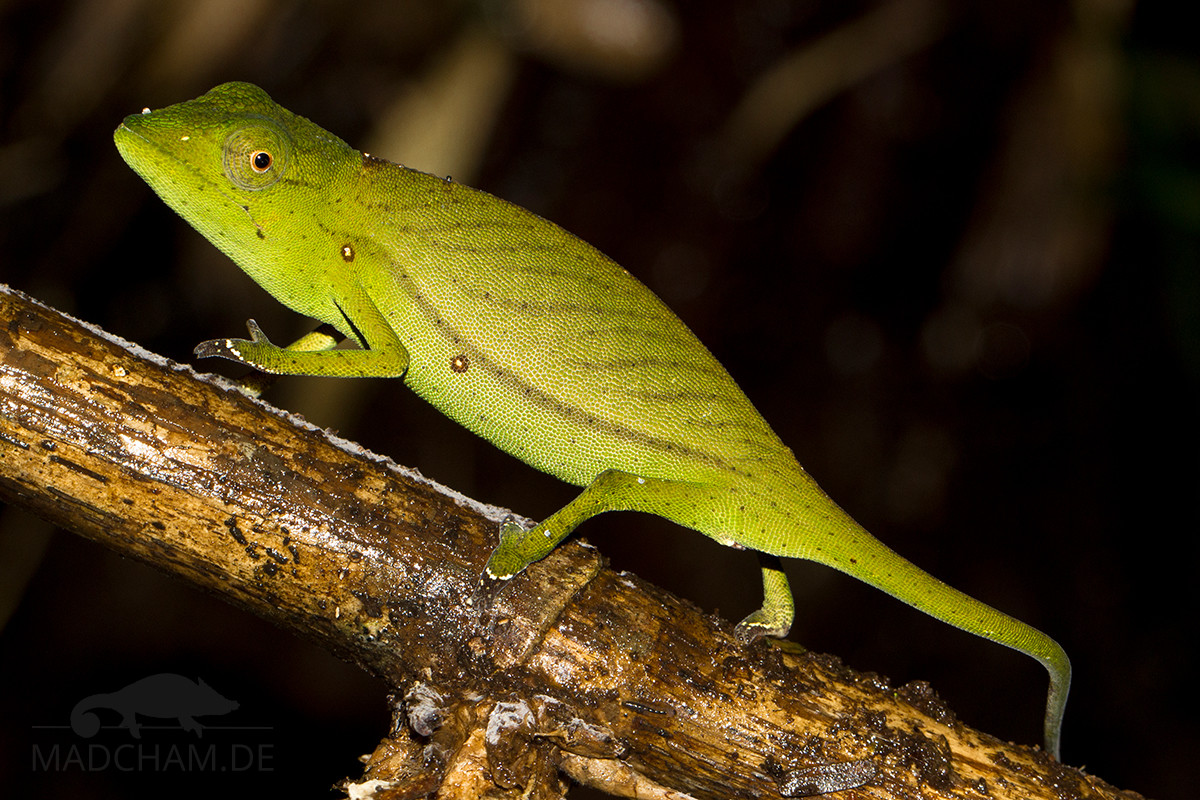 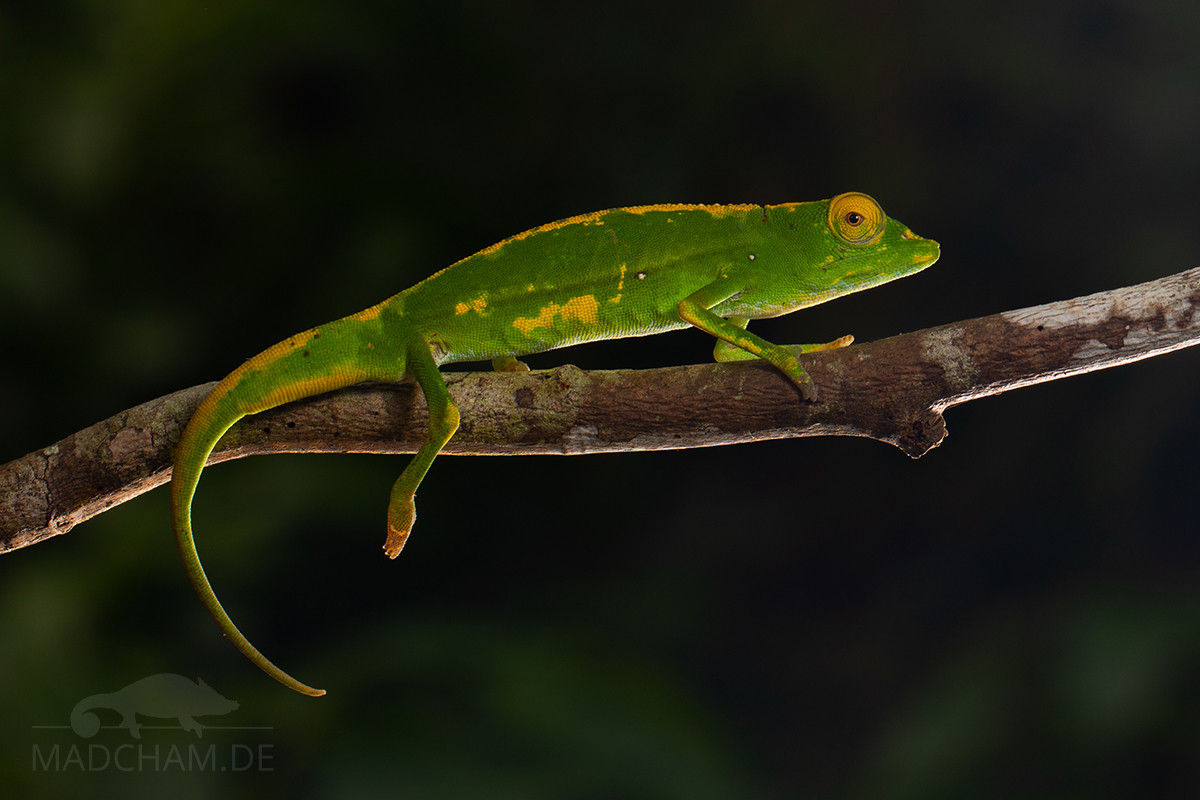 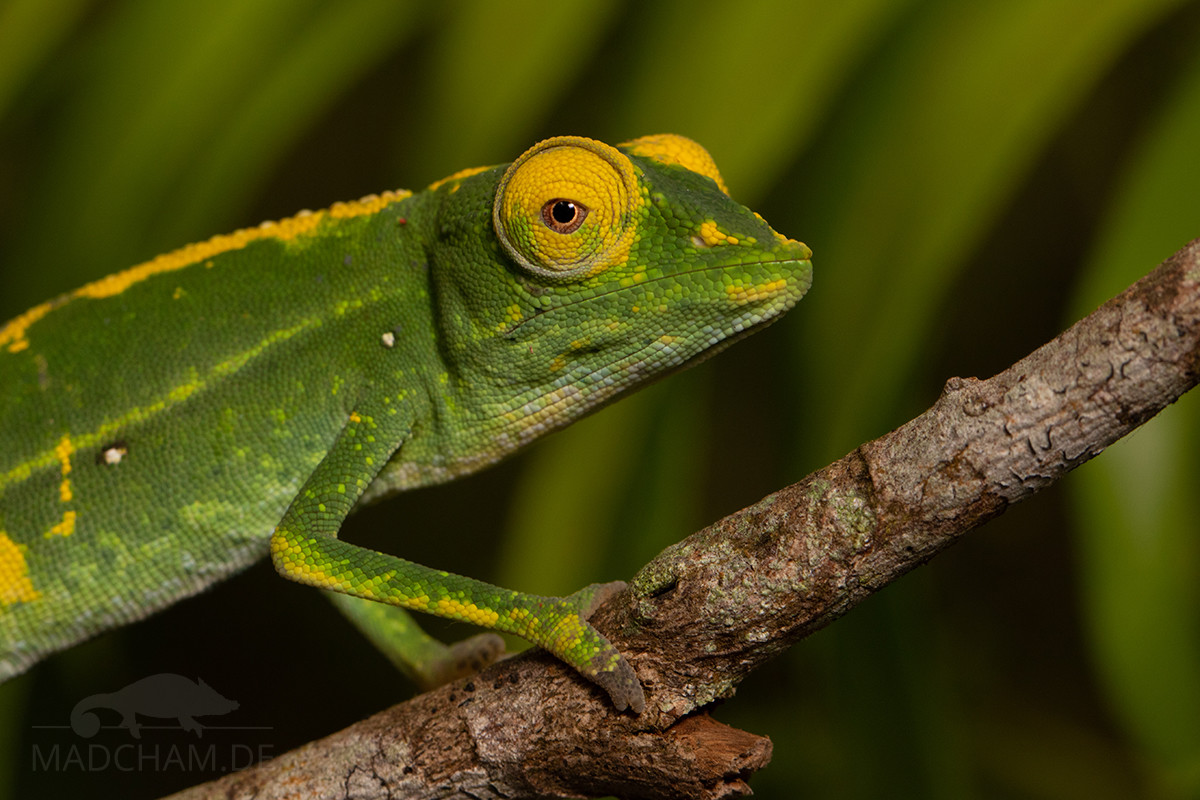 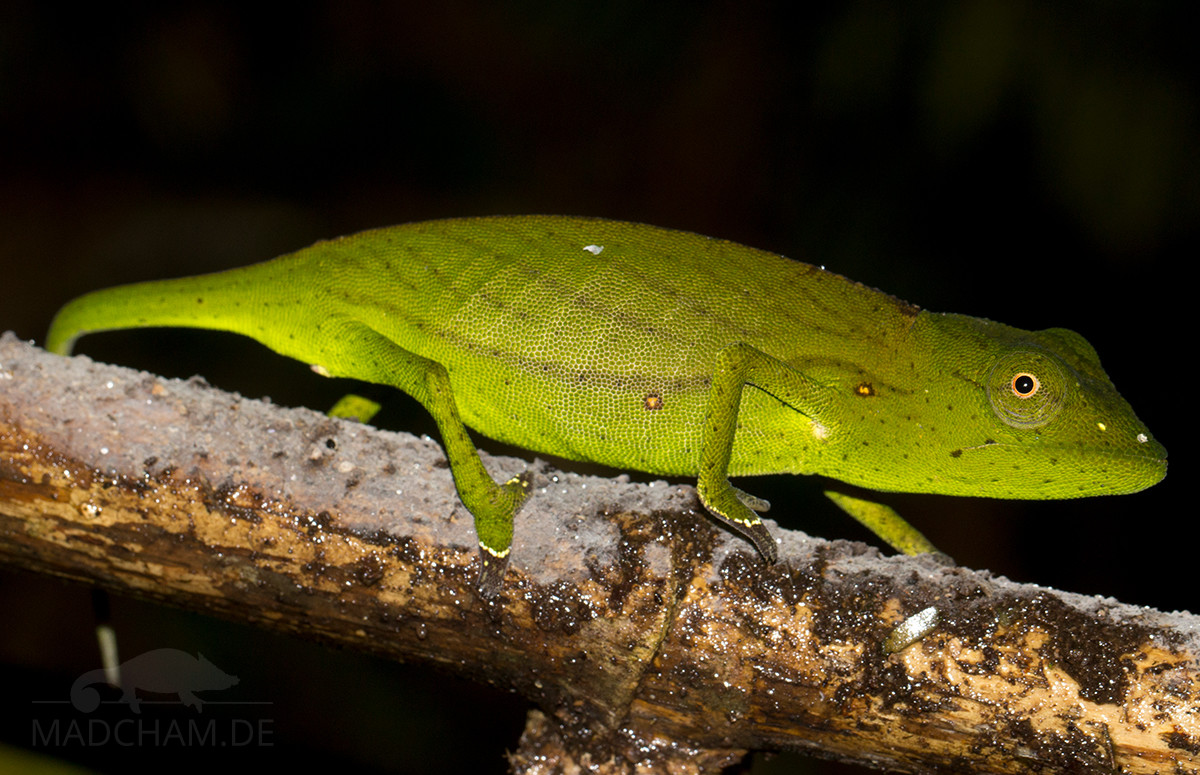 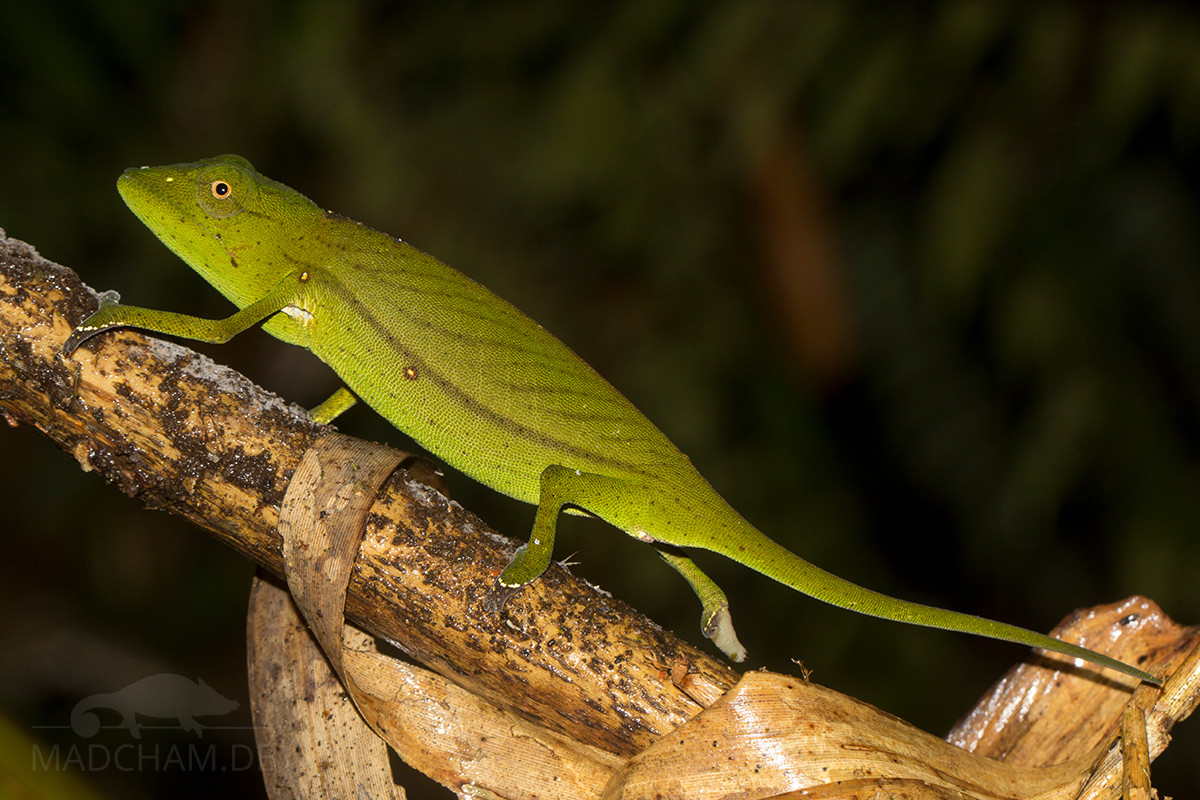 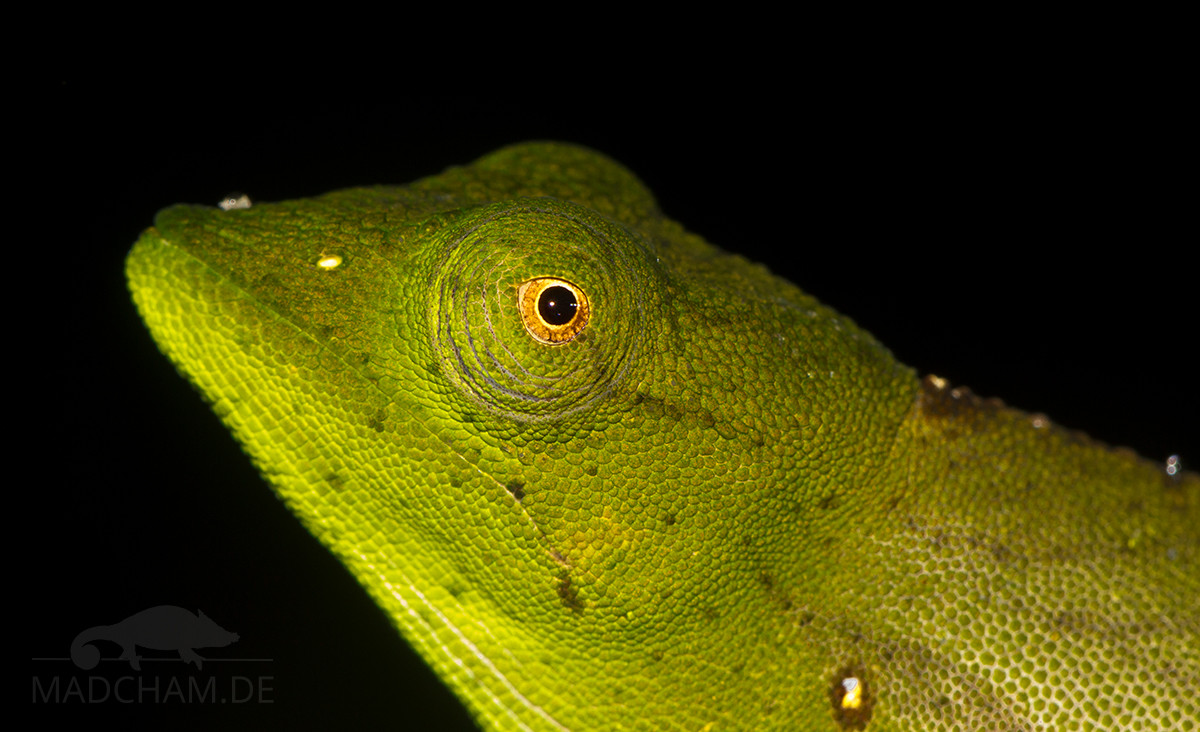 The zoologists Édouard-Raoul Brygoo, Charles Pierre Blanc and Charles Antoine Domergue of the Institut Pasteur in Antananarivo, Madagascar, named the species after its place of origin Marojejy. Originally they thought it was a subspecies called Calumma gastrotaenia marojezense. When the chameleons were raised to own species in 1997 by Wolfgang Böhme, head of the herpetology department of the Museum Alexander König in Bonn (Germany), the name marojezense was simply kept.

Calumma marojezense settles the mountain cloud forests of Marojejy at elevations of 750 to 1300 meters. The habitat is dense rainforest, but they also move through bamboo groves and occasionally through the undergrowth. The preferred habitat is medium to high, rather slender trees with narrow branches. With a little luck, you can still find them in Marojejy near Camp Marojejya (Camp 2) and a little below. Only in this low area, the species occurs sympatric with Calumma guillaumeti. Further down only Calumma marojezense has been found, further up only Calumma guillaumeti.

Calumma marojezense belongs to gastrotaenia group. With a total length of maximally 14 cm, it is one of the smaller chameleons. Both sexes do not bear a dorsal crest, which distinguishes them well from Calumma guillaumeti. The coloration is light to dark green and is adorned by wavy dark longitudinal striae. Two narrow, parallel, white lines run along the belly. Males of Calumma marojezense sometimes have a narrow white lateral stripe, sometimes none at all. Some males of the species have great yellow color accents on the body.

We were somewhat puzzled to hear this species being listed on CITES export quotas. This fact is very special because Calumma marojezense exclusively occurs inside protected national parks and nowhere else. Catching animals there is highly illegal.

The following pictures show the habitat of Calumma marojezense around Camp Marojejya in Marojejy. The rainforest here consists of jungle giants, slippery, mossy, round stones and very lush undergrowth. Ferns, lianas and moss dominate the picture. A large waterfall runs across the forest, several gorges surround it. Chameleons are found in tall shrubs and bushes, but also on medium-high trees.

Below you can find some 360° pictures from Marojejy. With the mouse, you can rotate in all directions. If you click on the Theta logo, the pictures will open in an enlarged view in a separate window. There is also the possibility to run the pictures in full-screen mode. Have fun watching!