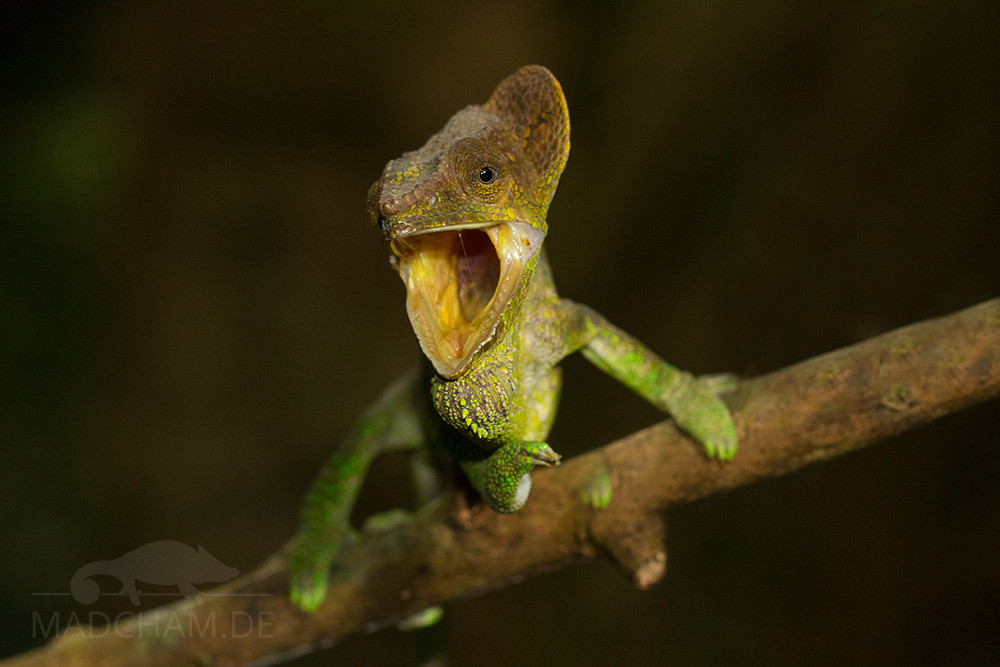 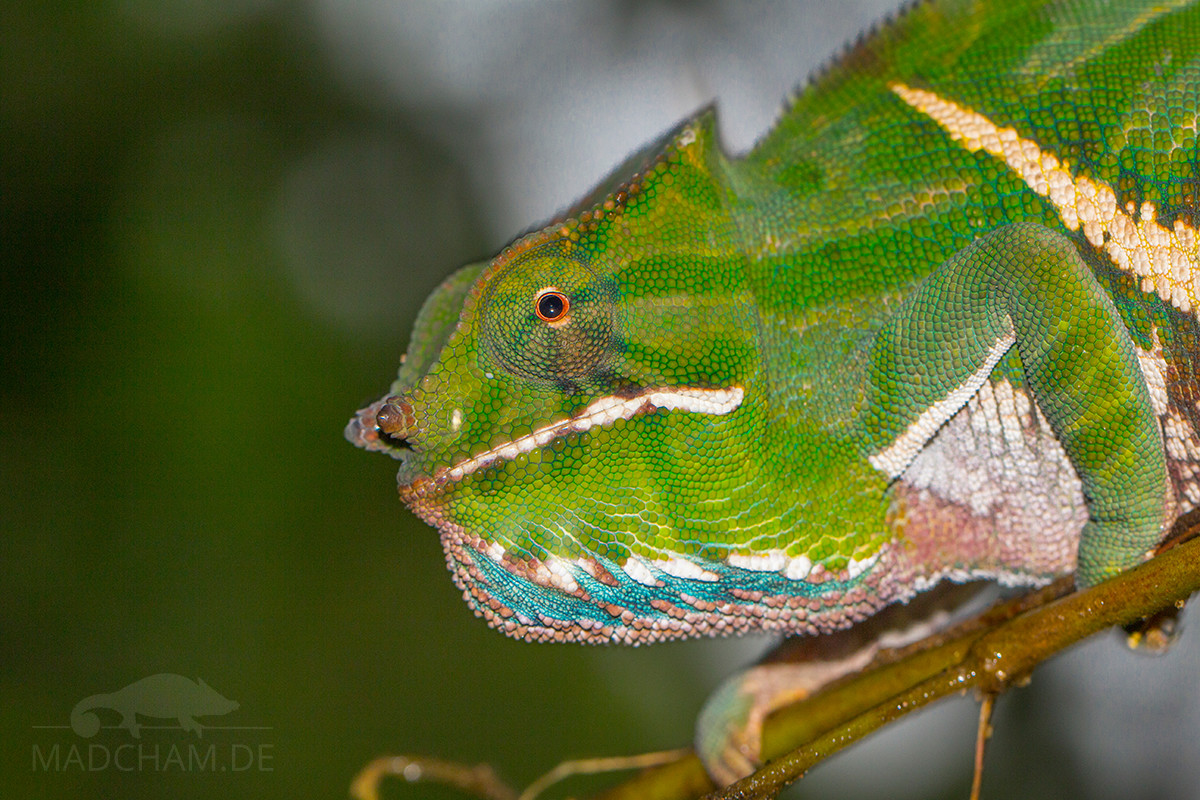 Chameleons have a whole range of interesting threatening and defensive behavior, which they can use to defend themselves against predators or disagreeable conspecifics. We would like to introduce the most common behaviors and explain them with pictures and video material.

Inflation of the throat sac and flattening of the body

Every chameleon keeper has probably seen this before, and even the youngest chameleons can do it: blow up the throat sac and push the hyoid bone strongly forward. Some species such as Furcifer balteatus have an additional air sac in the back of the throat, which they can also inflate. In addition to the inflated gular sac, most chameleons flatten their bodies when threatening, so that they appear much larger at the top and bottom. The tail is curled. The broad side of the body is turned towards the aggressor (human, other chameleon, other animal). The chameleon keeps an eye on his attacker and always turns with him. The chameleon increases its body-surface optically with this behavior and looks much more impressively to its opponent.

If the enlarged silhouette and impressive colouring are of no use, the chameleon opens its mouth. Most animals can even make a sound similar to hissing. Some animals push the hyoid bone forward while threatening, whereby the tongue seems to protrude from the mouth.

A stressed chameleon shows a different colouring than a completely calm, undisturbed animal. Males that want to impress females make themselves big and show their most beautiful colours. The contrasts of the pattern become more intensive. Males that meet other males and want to impress them show similar characteristics. Meanwhile, the inferior animal becomes darker and darker until it is almost black. Females also usually become darker when aroused.

Some chameleon species such as Calumma malthe or Calumma brevicorne have occipital lobes on the head which they can erect forward when excited. Thus, the head of these animals seems clearly bigger.

The last resort for a stressed chameleon is to raise the upper body, bend the arms “prayerfully” and bounce the whole body back and forth. This bobbing then ends in single bites in the direction of the opponent.

Vibration and pretending to be dead

Leaf chameleons and a few larger chameleons have the ability to vibrate to irritate predators. The vibration is invisible and can only be felt by holding the chameleon between your fingers. Leaf chameleons of the genus Brookesia can also show a special behaviour when threatened: They bend arms and legs firmly to the body and simply drop wherever they are. The attacking animal then considers them to be either a leaf or dead and leaves the chameleon in peace at best. Most leaf chameleons carefully observe their surroundings with their eyes while “pretending dead” and continue to walk normally as soon as they consider the threat to be banished.